If we’ve learned anything about British sculpture in recent years, it is that it causes a lot of fuss. In 2008 Anthony Caro’s new work The Chapel of Light was exhibited in the Church of Saint Jean-Baptiste, Bourbourg, inviting perhaps overly stated connotations of divine reverence for the nation’s elder statesmen of sculpture; a position grandly cemented by the current installation of his work at Chatsworth. At Tate Modern Damien Hirst’s retrospective sharply divides opinion and while not all of Hirst’s work is “sculpture” arguably a roll-call of his most controversial pieces – The Physical Impossibility of Death in the Mind of Someone Living (1991), Mother and Child Divided (1993) and For the Love of God (2007) – sit neatly within the medium. At the end of May this year Gagosian will host a major exhibition of large-scale sculpture by Henry Moore. Yet what of Moore’s eponym in Leeds?

Michael Dean’s current exhibition, Government, at the Henry Moore Institute is the artist’s first major solo exhibition featuring entirely new works many of which were made on site. In many ways Dean has taken the brief to create new works in-situ literally. The handles of the doors leading to the galleries have been replaced by two works, Yes (working title) and No (working title), the galleries polished concrete floors have been covered with thick, wall-to-wall carpet and instead of standing the gallery attendants have been instructed to sit on the floor. As an extension of this interest in direct engagement with the gallery space, large cast concrete sculptures lean against the walls. Entitled Education (working title), Health (working title) and Home (working title), the works copy, enlarge or reduce the architectural space around them. Home, for example, is an enlarged version of the opening between gallery 2 and 3; installed so as to partially obstruct this space, leaving a gap to pass through measuring the exact minimal legal limit.

To accompany these large works are Dean’s first video work, two paperback books filled with the artist’s writing and three concrete cast spheres that rest on the floor. Touching is encouraged by Dean; visitors are welcome to play with the spheres, rip pages out of the books (which upon further inspection have the same text repeated on every page, and as I’m told, will be replaced daily as the pages diminish) and to touch the large-scale works, one of which left an unpleasant greasy residue on my hand.

Born in 1977, Dean is at the beginning of his career, and this may be used as an excuse for the over abundance of “issues” he attempts to address. In summary, Dean tries to engage with scale, architectural space, touch, language and institutional control – arguably almost every major concern explored by sculpture since the 20th century. Dean’s work is clever, but he tries to do too much.

In marked contrast to Dean’s show is Phyllida Barlow: Bad Copies, a small exhibition also at the Henry Moore Institute. Barlow has described her drawings as “bad copies”: rough approximations of things she has seen. This drawing practice runs parallel to her three-dimensional work, yet the drawings are never blueprints or records of completed projects. Selected by the artist from her own archive and a recently acquired collection by the Institute, the drawings range from Barlow’s time at art school in the 1960s to the present. Unframed the drawings are neatly pinned to the wall in a close formation from floor to ceiling. Chronology is ignored and works are unlabelled, left to joust for our attention. This installation immediately reminded me of a “crit” at art school, a not unsurprising trope to be adopted by Barlow who was Professor at the Slade until 2009, when she retired to focus on her own work.

Barlow’s show is as an example that Dean should strive to follow. While the exhibition’s title may primarily refer to her drawing practice, it is also an invitation for us to judge the works. Perhaps some of them are bad. Barlow offers only a glimpse of her drawing oeuvre, but she asks us to look closely. With concise eloquence she traverses a complex field of issues: inviting criticism she evokes ideas of value; the reference to a “crit”, a nod to art education; in composition her works explore colour, line and form; and as drawings they point to experimentation and process. Barlow’s decision to leave the Slade is a lucky one for us. Although she may be the veteran, she is still the one to watch. 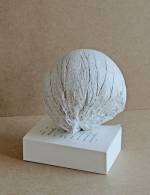 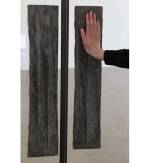 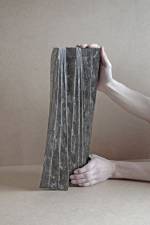