Although it isn’t specifically stated on the walls or in captions, the fact that Zoe Leonard’s aerial photographs were all taken in the 1980s gives extra layers of significance to the work. The sky we are looking at – for example, that area between the puffy clouds in her two Untitled (1989) photos at the start of this show and the people below them – was a far more innocent space. There was relatively little machinery cluttering up earth's atmosphere - designed for surveillance or any other purpose (compared with the estimated 8,000 man-made orbiting objects currently being tracked by the US Space Surveillance Network); recreational use of drones was then an unimaginable prospect. Each of the tiny homes we see clustered in tight, orthogonal lines in Leonard’s urban photos was entirely secure; a private world unto itself; the thoughts, dreams and fears of its occupants known only to those they might share a home, a neighbourhood or a phone line with. The ether between us all wasn’t filled with infinite streams of mostly meaningless data, ricocheting relentlessly between zillions of smart devices; a bounteous harvest of data being culled by persons unknown for who knows what purpose. 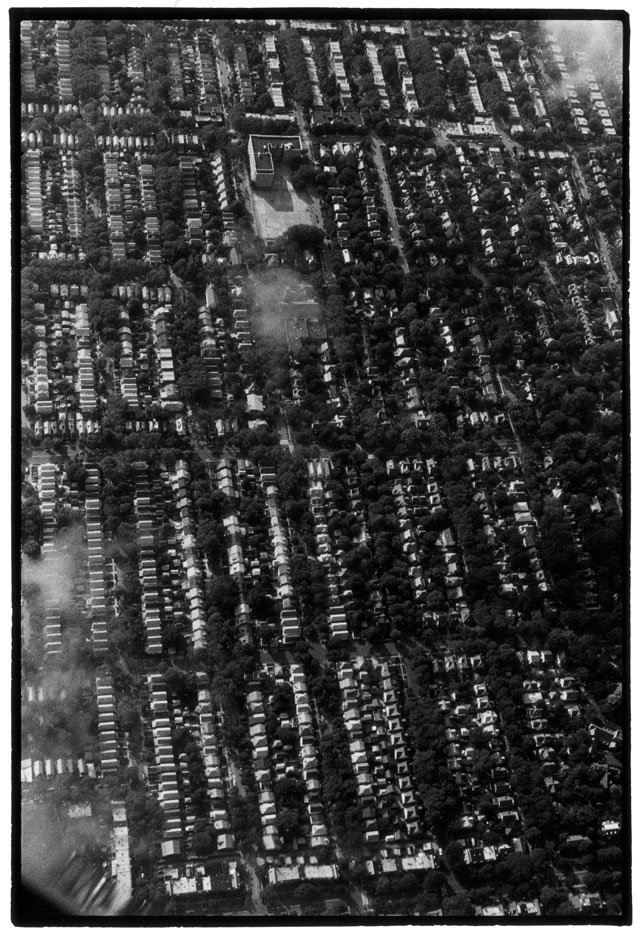 The fact that in almost every photo we clearly see the window frame of an ordinary passenger jet places these photographs in a very particular place and time: a time before everyone had a professional-quality, high-resolution camera embedded in their mobile device. Think back about 30 years – readers who are old enough – to perhaps 1988, and whether you would have thought it decidedly odd to be travelling on a plane with your camera out, taking photos of clouds from your window. Now, few can resist Instagramming their favourite cloudscapes. 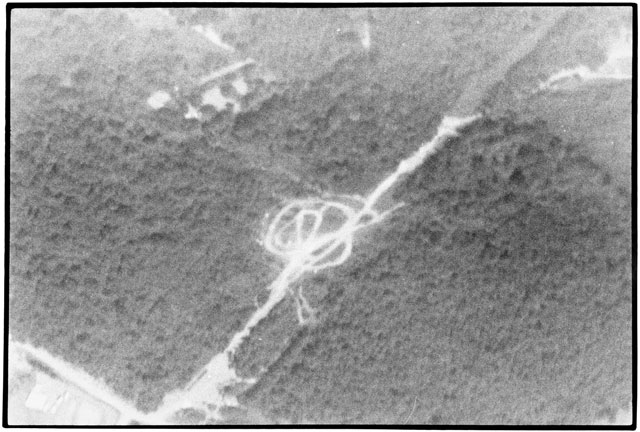 With this, her first show at Hauser & Wirth, London, Leonard (b1961) seems to be deliberately ramping up the foggy, blurry, misty quality of these oh-so-analogue shots. This works not just to place us in another cultural, temporal framework altogether, but also to heighten the abstract quality of what is seen from such a great height. A bleached, white ribbon of roads and tracks is curiously looped and curled at the heart of a forest in Untitled Aerial (1986). Slick, silvery trails of water necklace an unidentifiable, dark and smeary landscape (Untitled Aerial (1988/2008). Empty railway tracks are laid out side by side in a seemingly infinite rhythm of long, slim verticals and multiple short horizontals; they appear almost like textile, like a faded rug. 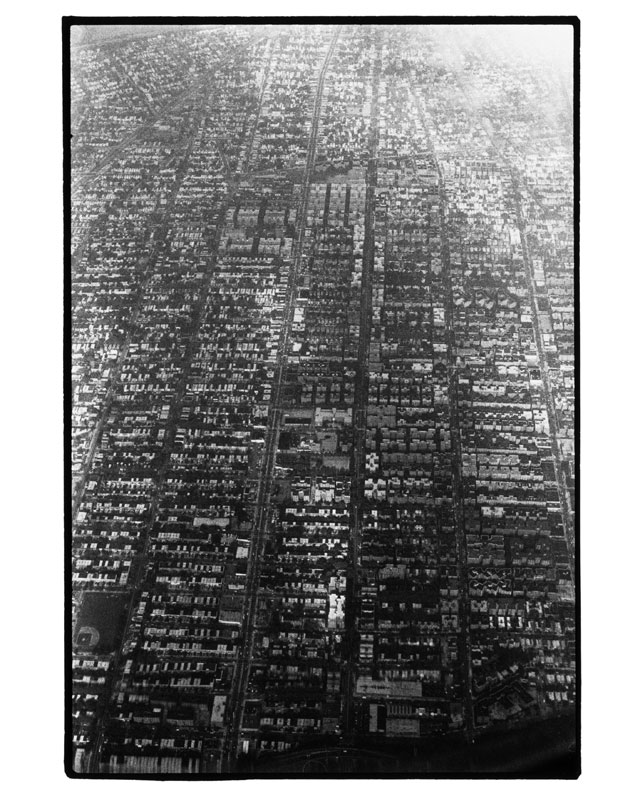 When reduced in clarity and precision, by distance, or technology, things seem other than what they are. The black-and-white images are stripped of the distractions of colour, and Leonard’s judicious cropping only intensifies the effect. This is particularly true of Baseball Field (1988/90). With the field in question placed at an angle in the frame, this pale, almost rhomboid imprint on the land becomes a place of mystery, of ritual. Next to it, Untitled Aerial (1987) zooms in to the rooftops of a nodule of basic, brick apartment blocks, the pale edges of the roof outlines suddenly appearing like cracks in some kind of rock formation. A packed and endlessly repeating grid of suburban houses appears so regular, so linear, as to seem quite unreal – although the furry outlines of foliage between each tiny model home suddenly places you, the viewer, immediately present in that familiar context; it is an almost out-of-body experience. 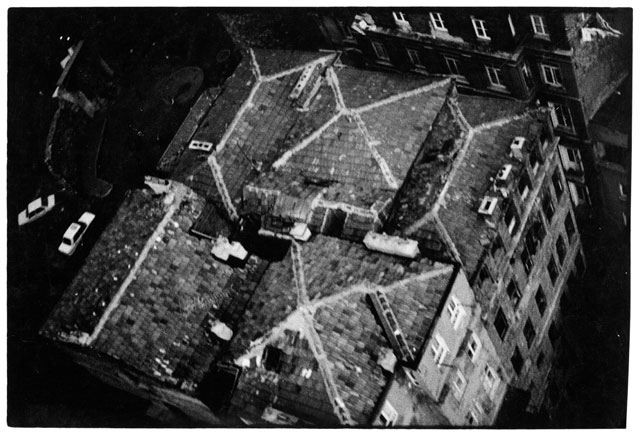 In a time of ubiquitous digitisation, with hyper-real levels of accuracy available at a click or swipe, it is too easy to be drawn in by the detail. Leonard denies such easy seductions. Her work has been said to celebrate plainness. She was asked about this in a conversation with writer Molly Prentiss for Interview magazine, in September 2016. She replied: “I like getting stuff out of the way so you can see something clearly, see it sharply, have it be new again. And I think making things that appear simple is incredibly hard.” 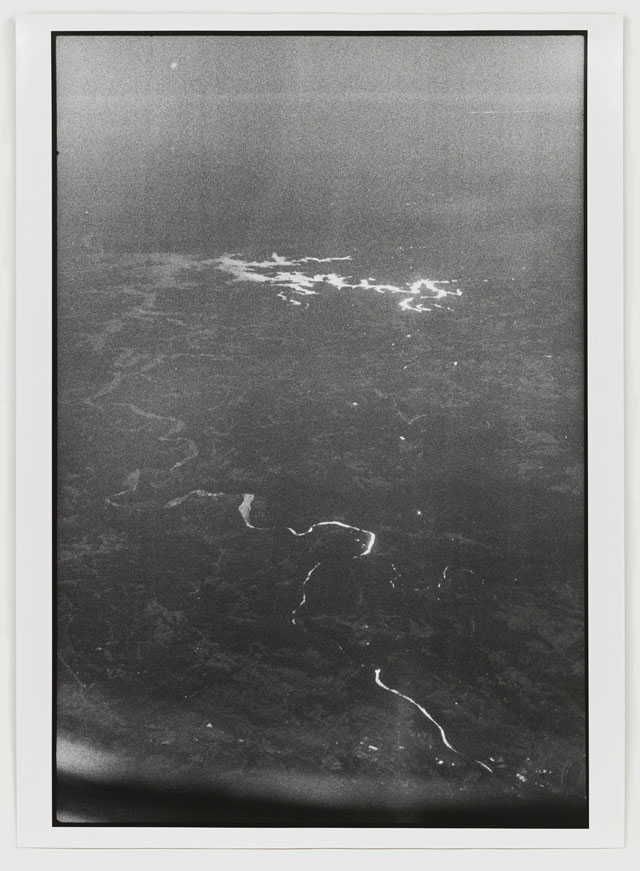 The New York-based artist seems to be undergoing something of a profile boost or critical revival. There are two other major exhibitions of her work running concurrently with this show: a retrospective at the Museum of Contemporary Art, Los Angeles, and Prologue: El Rio/The River, at the Carnegie International, 57th edition. 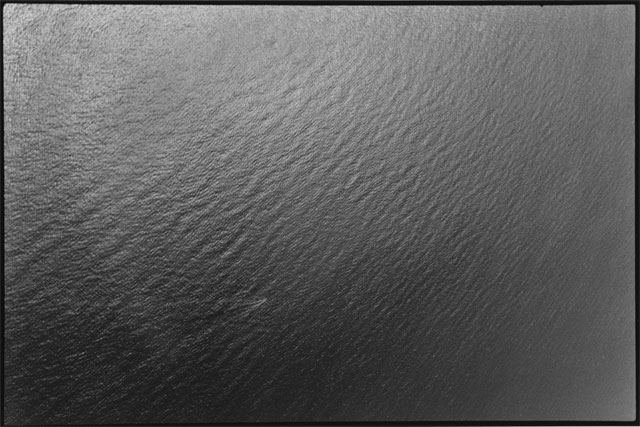 By comparison, the 12 photos in this show, simply presented, unframed, could seem a little light. But the absence of noise – both within and around these images – allows more space for your own thoughts, provokes more curiosity and this, ultimately, adds up to a far more contemplative and rich encounter. 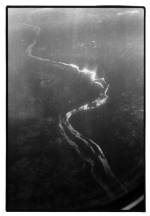 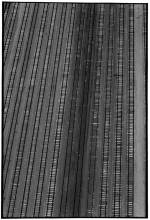