Taken together, the portraits shown here, captured by the German photographer between 1910 and 1931, are a quiet revelation, a unique and emotive window into the collected lives of his countrymen and women in the interwar period 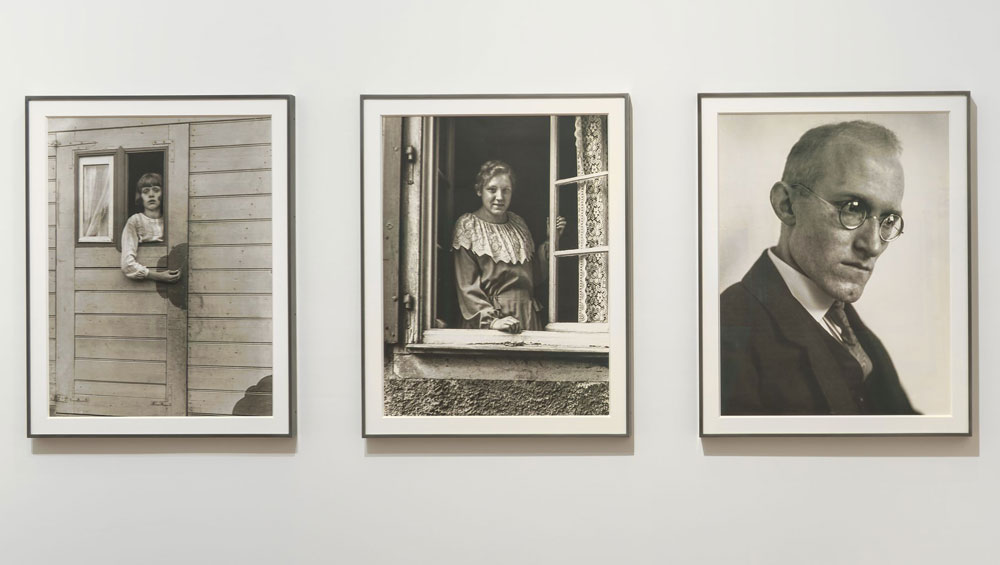 August Sander’s is an unlikely story. Born to a carpenter in a small village east of Cologne in 1876, five years after the unification of Germany, Sander took an interest in cameras following a chance meeting with a visiting photographer while he was working in a local mine. From these humble beginnings, Sander went on to become one of the most celebrated German photographers of his day, bringing a new, documentary aesthetic to the medium that has gone on to become a pillar of modern photographic practice, influencing the likes of Walker Evans, Lisette Model and Diane Arbus. 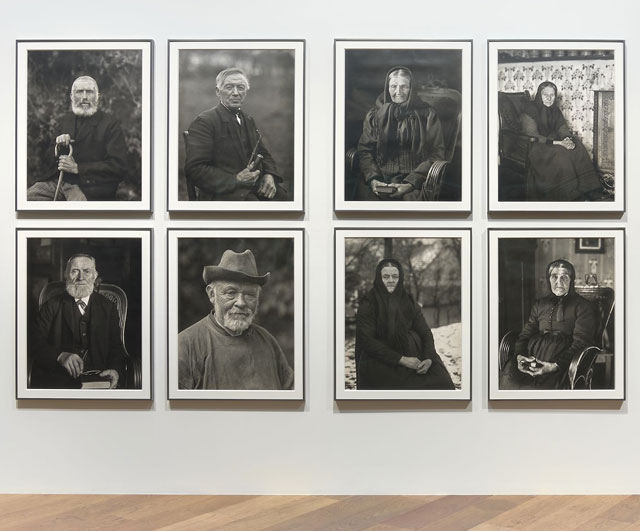 This exhibition at Hauser & Wirth takes its name from the book Menschen Ohne Maske, a collected works of Sander’s portrait photography, published in 1971, seven years after his death in 1964. The artist’s son, Gunther Sander (1907-87), selected several photographs from the book to be printed large-scale and displayed in an exhibition at the Mannheimer Kunstverein in 1973, from which many of the works on display at Hauser & Wirth are collected. Taken together, these photographs, captured between 1910 and 1931, are a quiet revelation, a unique and emotive window into the collected lives of Germans in the interwar period. 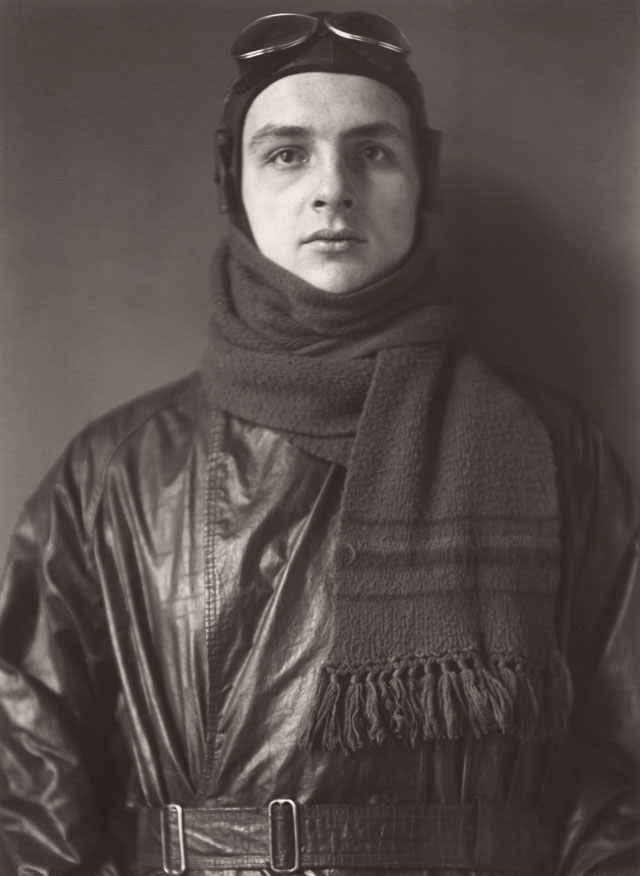 Sander’s career is dominated by his unfinished masterwork, People of the 20th Century, an impossibly ambitious project that saw the artist photograph the citizens of Germany and catalogue them according to his self-created archetypes of German society. Through his encyclopaedic collection of bakers and boxers, artists and architects, Sanders believed he could capture a sweeping view of contemporary society, and, in doing so, give an insight into the human condition as a whole. The scale of the project is mind-boggling – by the end of the second world war, Sander had amassed tens of thousands of negatives – and this exhibition at Hauser & Wirth captures that sense of his formidable work ethic, with more than 75 portraits crammed into one modestly sized exhibition space. 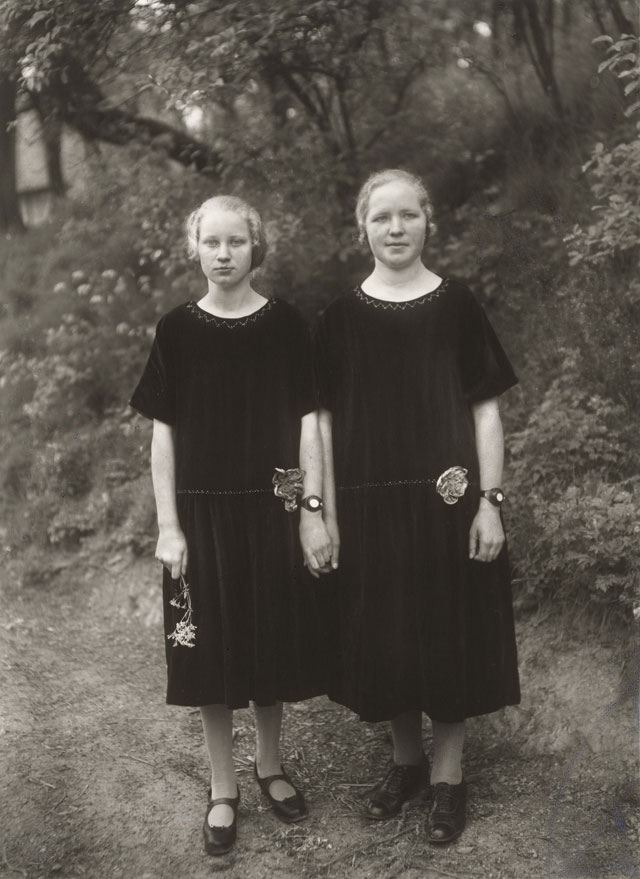 What is immediately striking about these photographs is the startling, unapologetic individuality of each subject. The large-scale prints allow us to get up close, to see the scars, bags, wrinkles and hairs that accrete to create faces that tell stories, while the subjects’ neutral, ambiguous expressions and various arrangements within the frame taunt and tease as one searches for, or manufactures, backstories and significances. What is the relationship really like between those two young girls on a country lane? Why does that old man with two walking sticks look back so startled at the camera? While the majority of these works are formal portrait photographs, there is little sense of the photographer as a mediator or interloper on the scene – the subjects have been left to their own devices, to arrange themselves if not naturally then at least as they wish, and this sense of authenticity lends the pictures a contemplative, almost hypnotic, character. 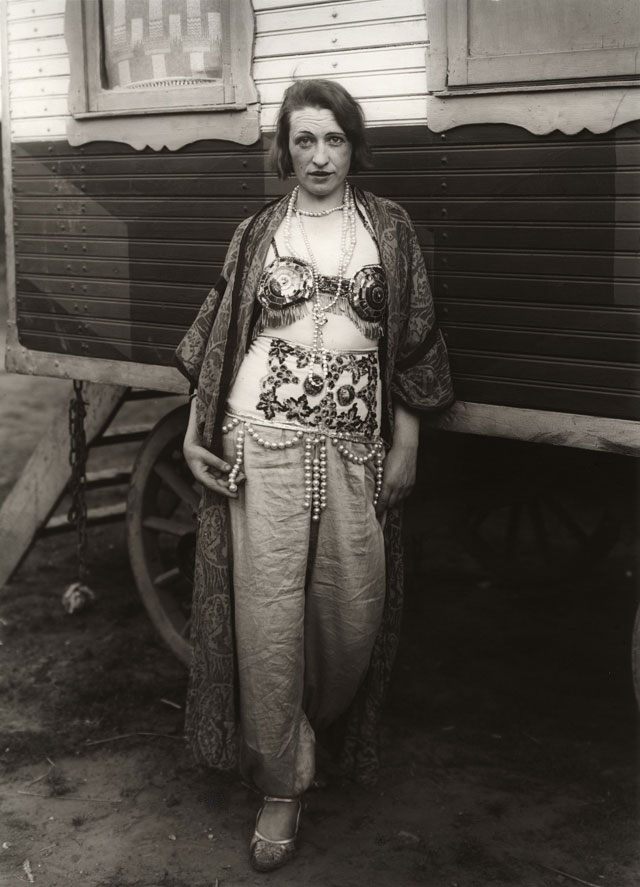 Other artists might have balked at a project aiming to capture the essence of a society at large. And yet this is not the only example in which Sander’s apparent artistic naivete – at least in the eyes of his contemporaries – played to his advantage. Many photographers in the late 19th and early 20th centuries were using the still-novel medium with a visual grammar derived from painting. In the work of Oscar Rejlander or Julia Margaret Cameron, both displayed at the National Portrait Gallery’s recent photographic exhibition Victorian Giants, we see experiments with focus, tricks of the light and double exposures executed on subjects bedecked with the sylvan garlands and flowing frocks of Arcadian fantasy. Sander’s approach was more realistic, borrowing industrial techniques to enlarge his photographs and showcase the detail of his subjects’ faces and everyday clothes. 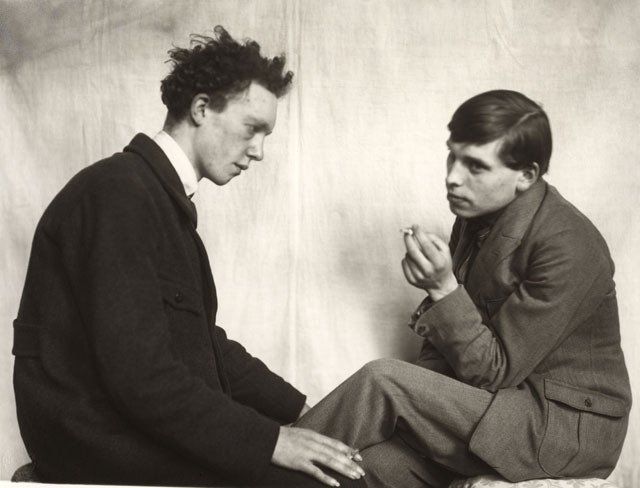 Sander’s long journey towards the heart of German society began in 1910, with a collection of 12 photographs entitled Portfolio of Archetypes, displayed in full at Hauser & Wirth. Each picture features farmers from the rural Westerwald region, where the artist grew up, either alone or in pairs or groups, and the subjects’ faces, clothes, poise and wider setting express a quiet emotive power. Sanders gave titles to these photographs that were intended to generalise the subjects into broad archetypes, such as The Farming Couple, The Sage and The Philosopher. Following the critical success of these photographs, the artist expanded these categories into a broader framework, with 45 portfolios of themed photographs subsequently organised into more general archetypes, such as The City, The Woman and Classes and Professions. 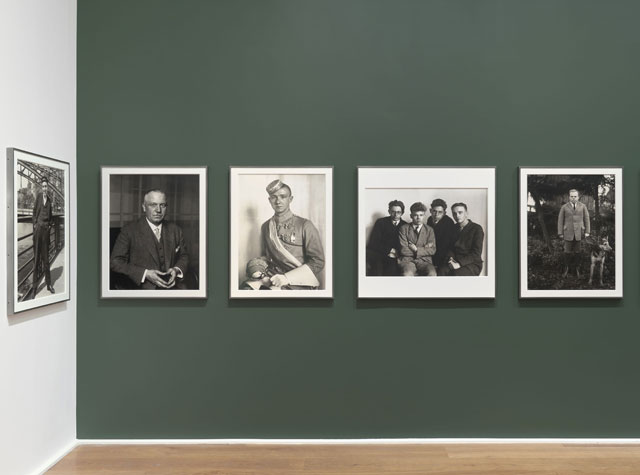 Ever the fastidious collector and organiser, Sander did not regard any subject or class of person as beneath his purview – his photographs include artists and performers, soldiers, homosexuals and disabled people. Sander’s desire to document German society in its entirety, free from moral prejudgment, ran against prevailing sentiment in the latter years of his career, and the printing blocks for his book Face of Our Time was destroyed by the Nazi government in 1936. Yet Sander’s impulse to divide humans into taxonomies, and to search in faces and clothes for indications of inherent character invite questions for modern viewers. Some will see outdated social attitudes, an uncomfortable intermingling of typecasting and physiognomy. Yet it is just as easy to read these photographs as provocative, radical, inviting viewers to consider the political and economic currents that divide and subdivide the essential commonalities of human lives. 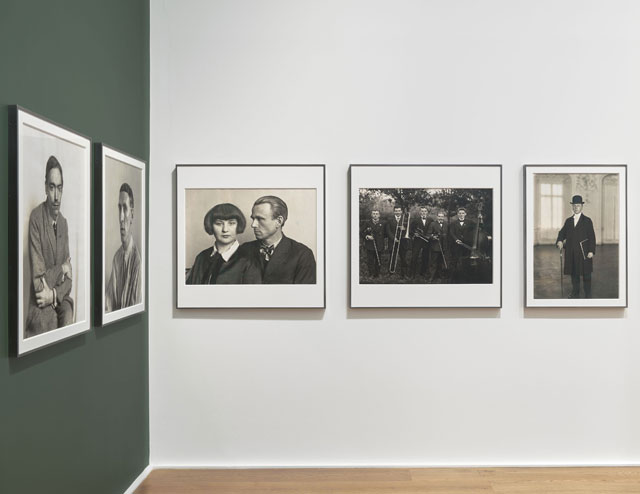 At the heart of Sander’s work is this tension between the highly individualised portraits and the broader archetypes they are asked to represent. In this context, the gallery’s decision not to include wall text titles for each photograph seems a strange one. The title of each photograph denotes the archetype the subject is intended to represent and constitutes a critical component of the work itself. Asking attendees to leaf through a cumbersome 15-page list of works to find these titles risks losing a portion of the photographs’ potency, flattening them to the exotic aesthetics of an outlandish moustache or a particularly contrived pose, while neutralising the more overtly political threads that run through Sander’s wider project.

After the war, Sander never again reached the same levels of productivity as he did in the 1920s and 30s. His negatives miraculously survived the second world war, only to be lost in a fire in 1946. What remains is still an astonishingly prolific body of work, portraits whose clarity, empathy and sensitivity stand as a testament to an extraordinary artist working in extraordinary times. 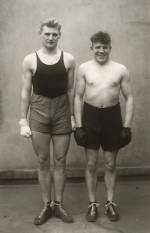