The artistic director at the Museum of Contemporary Art in Tokyo was preparing a solo exhibition of Eliasson’s work when the museum shut because of Covid-19. She explains how a printed catalogue and an online talk saved the day 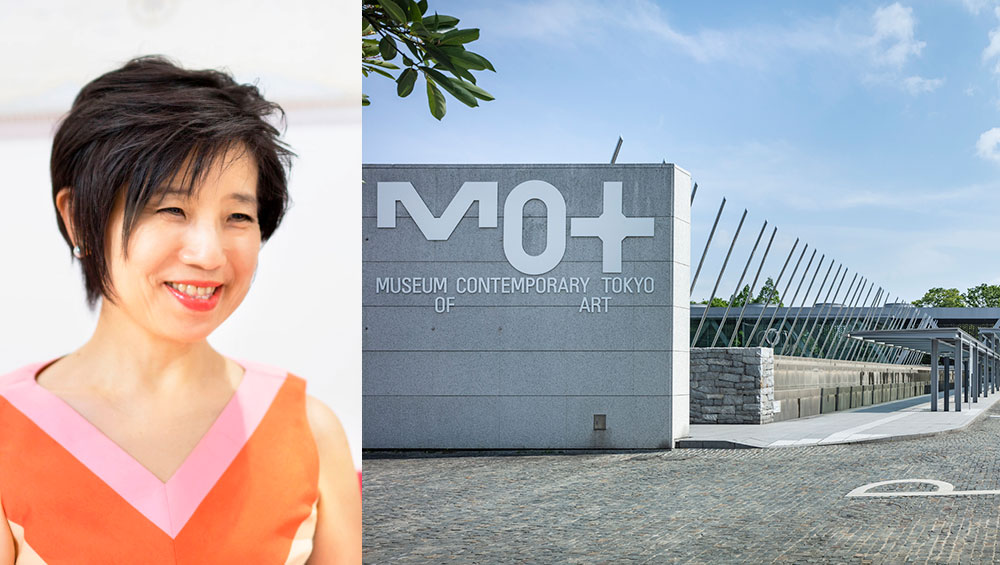 The confirmed number of cases of Covid-19 per capita has been low in Japan compared with that in other countries and, although people were urged to remain at home and businesses asked to shut or reduce their hours, a strict lockdown was not enforced. Despite this, many museums and art institutions in Japan closed their doors in late February. Now, though, most of them are cautiously reopening. The art curator Yuko Hasegawa, who had been preparing a solo exhibition of the work of the Danish-Icelandic artist Olafur Eliasson at the Museum of Contemporary Art in Tokyo, shares her insights on the impact of Covid-19 and the future for showing art in these unprecedented circumstances. 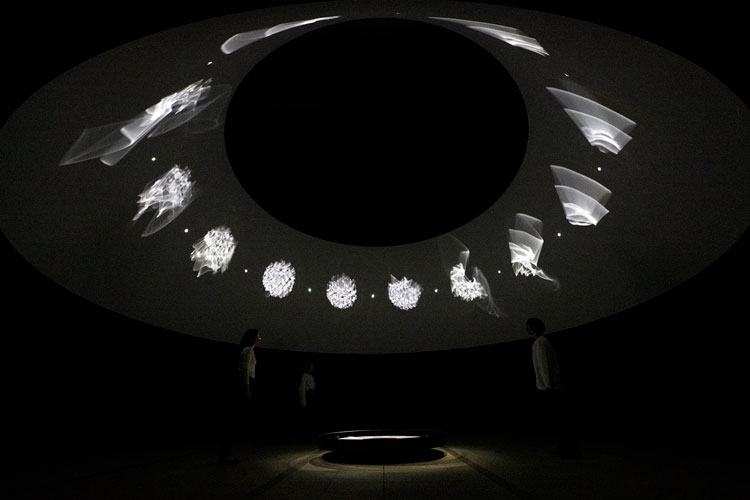 When Tokyo’s Museum of Contemporary Art closed at the end of February because of the pandemic, Hasegawa was preparing Eliasson’s exhibition Sometimes the River Is the Bridge, which had been due to open on 14 March. “Olafur is based in Germany, where the government implemented a lockdown at an early stage,” she says. “He could not fly to Japan, although his works were arriving. Even though we built the exhibition without the artist, we were not able to show it to the public for nearly three months.”

“Surprisingly, the first printing of the catalogue sold out and it went into a second printing before the opening of the exhibition, something we have never experienced before.” The catalogue whetted the public’s expectations and Eliasson delivered an online talk with Hasegawa that had originally been scheduled to take place after the exhibition opened.

When the show finally opened on 9 June, there were long queues to get in. Ironically, the museum can’t welcome visitors as openly as it would like to because the risk of Covid-19 means it must avoid people gathering in groups or getting close to one another. This situation will change the way the museum operates, says Hasegawa. For example, she says: “We will not be able to implement museum talking tours as part of our educational programme.”

Educational and outreach programmes are important – and not only for the museum. In a world in which people are inclined to hold biased views and preconceived visions on many things, access to contemporary art and information on its background can change mindsets. While the threat of Covid-19 remains, exhibitions will probably be staged at physical spaces, but will have to be available for online viewing as well. 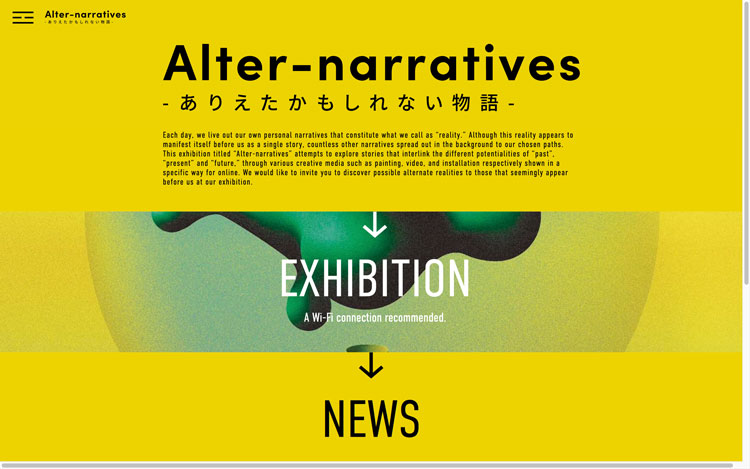 Alter-narratives. Online exhibition created by graduate students at Tokyo University of the Arts.

Five of Hasegawa’s international graduate students at Tokyo University of the Arts shifted from their annual curatorial practice to organising an exhibition in an online format. Titled Alter-narratives and co-curated by the five graduate students, the exhibition shows eight international artists’ works made online, designed by a web designer and brought together by a web engineer. As the exhibition was planned and put together during the state of emergency in Tokyo, none of the people involved met in person. Submission of artworks, communication with the curators, artists and engineers and the realisation of the show were all done online.

The exhibition is like a case study exploring the significance of an online way of communicating with an audience, and not as an alternative to a physical exhibition, says Hasegawa. “The outbreak of Covid-19 meant more or less all human beings lost the freedom to go outside, whether they were rich enough to travel by private jet or not,” she says. “We were shut out from physical contact with others. In such circumstances, artists, whose expressions need to reach others, have to use the internet as an important contact point. Even after museums and galleries reopen, many people will not be able to visit venues because they will not be easy to access. From now on, it will be imperative to have a holistic approach when showing artworks.

“Maybe artists should think about their expression on the basis of an online platform. And displaying artworks in physical spaces can be thought of as augmenting the online experience. It will be up to the artists how adept they are in working out the relevancy of offline and online platforms. In the fashion world, there is already 3D software, called Clo, which simulates virtually how clothes will fit and move around the human body. This can replace fashion shows. Audiences who wish to see how the clothes perform on the body don’t need to go far away to see the collection. The same theory can be used for looking at art,” says Hasegawa.

It seems certain that the number of online exhibitions will continue to increase for some time, but international exhibitions will still need to take place at physical venues. Would it make sense to talk of the Venice Biennale, for example, if the works were displayed online rather than in Venice? International exhibitions that Hasegawa has been working on have been postponed. The Second Thailand Biennale Korat, of which she is as an artistic director, was scheduled to take place in December this year in Korat city and its provinces, but has been postponed until next June, and an international exhibition that she is curating in China has also been moved to next year. She is also due to curate a show in Sharjah in the United Arab Emirates. “International exhibitions are uncertain, as artworks need to be moved around from all over the world,” says Hasegawa. However, with measures and policies for combating Covid-19 differing among countries, it is be difficult to see when people will be able to travel as freely as before.

• Olafur Eliasson: Sometimes the River Is the Bridge is at the Museum of Contemporary Art in Tokyo until 27 September 2020.
Alter-narratives can be seen here: https://alternarratives.geidai.ac.jp