A Futuristic Architectural Movement from the Past Speaks to the Present

A Futuristic Architectural Movement from the Past Speaks to the Present

At a critical moment in urban architectural history, the Mori Art Museum in Tokyo considers the distinctive movement aptly known as “Metabolism”, which originated in Japan at the end of the 1950s and circulated widely during the 1960s. Inspired by the expansive philosophy of the movement’s founders – among them, Kenzo Tange (1913–2005), Kisho Kurokawa (1934–2007) and Kiyonori Kikutake (b1928) – the exhibit features nearly 500 models, plans and photographs; and video documents and interviews, mainly produced for English-speaking audiences.

Metabolist architects envisioned an architecture that would provide an intelligent structure for chaotic post-war growth. They derived their movement’s name from the process by which the human body grows as it metabolises nutrients. To announce their new priorities, young, aspiring architects Tange, Kurokawa, Kikutake, Otaka Masato and Maki Fumihiko; industrial designer Ekuan Kenji; graphic designer Awazu Kiyoshi; and critic Kawazoe Noboru made a statement at the 1960 World Design Congress in Tokyo. Attended by influential architects and designers including Louis Kahn, Jean Prouve, Joe Colombo and Bruno Munari, the congress was an ideal time to reach some of the most talented and successful professionals of the day.

“The Japanese economy was already recovering and growing at unprecedented levels, but it wasn’t just euphoria. If we look around us there are many issues to be tackled like habitation. There was this mood among us that we should voice our vision for the future of a city,” recalls 83-year-old Pritzker Prize-winning architect Fumihiko, who continues to work on oversea projects.

Often, architects have served as catalysts for social change, and their skills, vision and expertise are tested and emphasised when society is challenged. Fifty years ago, the Metabolists were already looking at sea and sky as a domain to build a city vertically rather than horizontally because they foresaw the problems that not only come from war, but from natural disasters, ecological devastation and unchecked population growth.

In fact, it was the 1959 typhoon resulting in approximately 5,000 deaths and 150,000 homes partially wrecked that propelled the then 26-year-old Kisho to propose an urban development plan formed of grids – 500 metres by 500 metres each – which are lifted above the ground and can be expanded. The plan was shown at a 1962 exhibit at the Museum of Modern Art in New York City and was widely dispersed. In 1960, the population of Tokyo had reached 10 million.

Faced with an alarming land shortage Kenzo, the Pritzker Prize-winning godfather of the Metabolists, presented a city plan above Tokyo Bay where a vast transportation network stretching over the sea would deliver people and goods to offices, commercial towers and residential complexes. In 1963, Kiyonori proposed a city rising from the sea withcylindrical residential towers where housings units will be manufactured on site. Many Metabolist plans were conceived in modules so that individual units could be added or subtracted to accommodate growth and change. To accomplish their goals, the group conducted minute data analysis, presented drawings and made promotional videos in English, some of which are included in the exhibit.

As frequently happens with ambitious and quite visionary roadmaps to the future, many of their ideas failed or were abandoned. Some of the prominent architects and designers at the World Design Congress were critical of certain elements of Metabolist philosophy and questioned the nuts-and-bolts practicality of the “City of the Future”.

Yet, ideas such as Kisho’s capsule housing, with its standardised bed, kitchen, desk and bathtub made in a single unit, allowed the houses to be mass produced and later became the basis for small-scale housing in Japan.

Typically, art and design movements that begin as a group effort fade over time as their members focus on other concerns. Such was true for the Metabolists. The term Metabolism faded as Metabolists grew older and turned their focus in new directions. In hindsight, though, Metabolist principles have appealed to contemporary architects. Dutch architect Rem Koolhaas says about the exhibition, “What struck me is the passion and the overwhelming creativity of the Metabolists. They were a group of architects who were united with a collective and enviable passion to build a city for the future”.

Fumihiko says, “The initiative was totally voluntary. No one asked us to propose a plan. We did it because we wanted to reveal the mettle and grit of young Metabolists and their desire to shape the future.”

It may be 50 years after the group’s inception, but their dynamism still affects those who encounter their work – even, for example, a group of high school boys who attended the show. When they saw Kisho’s 1961 City Plan for Tokyo, which resembles the double helix structure of DNA, their jaws dropped in admiration and they uniformly sighed, “cool”. 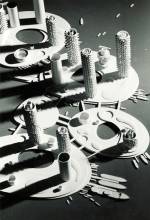 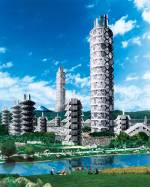 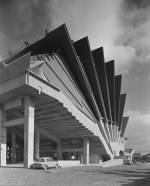 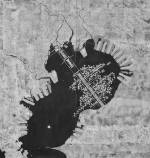