The Metropolitan Museum of Art in New York reveals Yoko Ono’s new commission, created in response to the Covid-19 pandemic, ahead of the museum’s reopening this month

The Metropolitan Museum of Art’s Fifth Avenue facade has become a blank canvas for artists in recent times. Last year, Wangechi Mutu’s sculptures, The NewOnes will free Us, were placed in the building’s empty niches, which have remained unoccupied for 117 years. On 20 August they were joined by Yoko Ono’s bold black-and-white banners, which read DREAM TOGETHER, in large capital letters, a message intended to unify in a period of division and trauma.

DREAM TOGETHER has been installed in anticipation of the Metropolitan Museum’s reopening on 29 August. The museum has been closed for six months in response to the Covid-19 pandemic, which hit New York City particularly hard. But Ono’s words also bring to mind Martin Luther King’s epoch-defining speech, known for the immortal phrase “I have a dream”, at a time of rising racial tensions in the US. 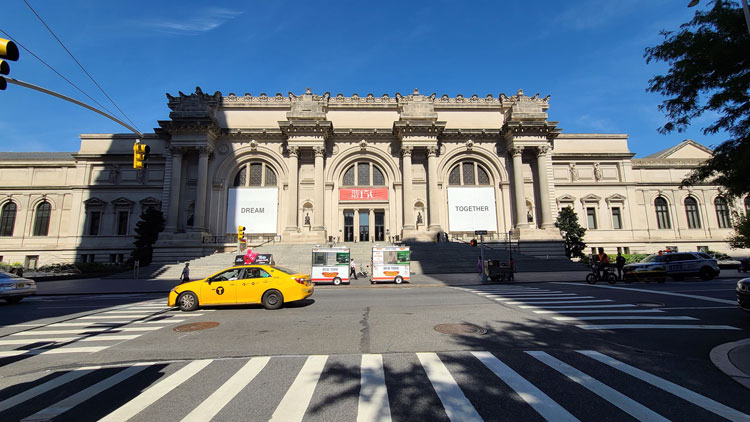 Mutu’s sculptures – which flank Ono’s banners like spiritual sentry guards – speak to this same feeling of hope. They resemble caryatids, draped depictions of women used in ancient Greek and African design as supporting pillars. But Mutu has freed her caryatids from their load-bearing role and cast them as otherworldly prophets, guardians of a new order. 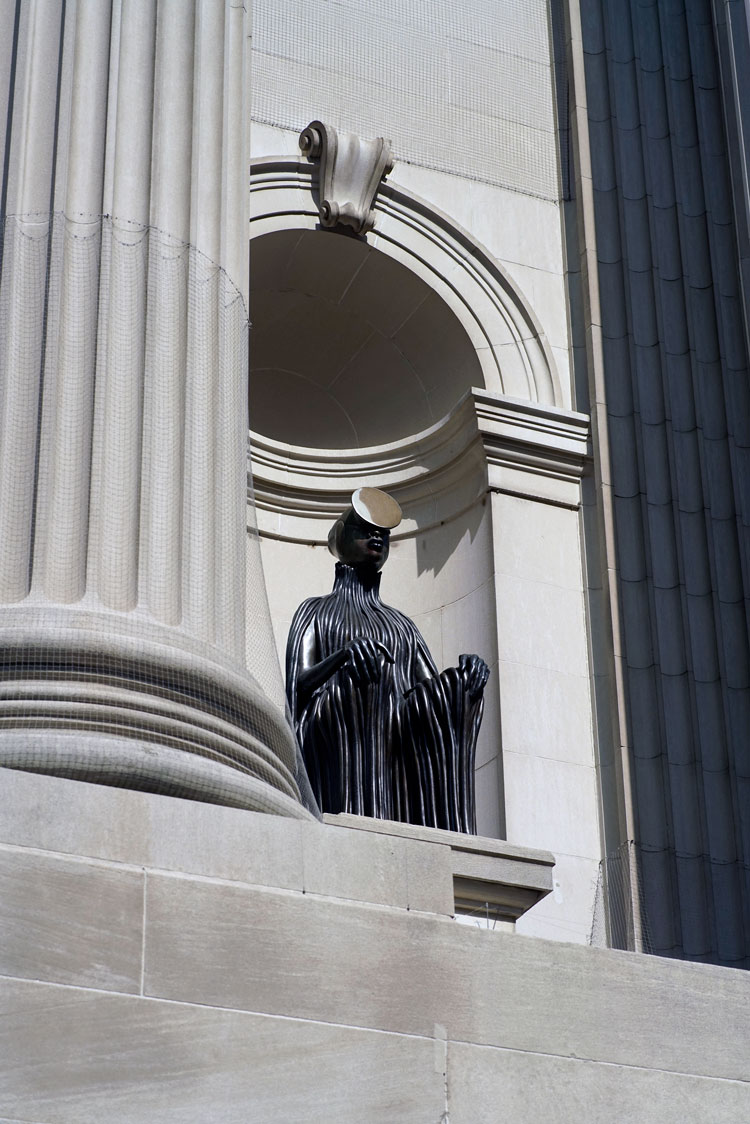 Mutu was born in Kenya and has taken influences from the African continent. The lip plates worn by women of high status in Ethiopia and Sudan have been transformed into gleaming discs that glint in the sunlight. These sculptures speak of female strength and perseverance, of multiculturalism and shared experience. Ono and Mutu’s works, although conceived separately, provide a thesis for change and unity in a time of great uncertainty. Speaking of her commission, Ono said: “When we dream together, we create a new reality. The world is suffering terribly but we are together, even if it can be hard to see at times.” 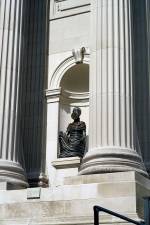