High Style: Masterworks from the Brooklyn Museum Costume Collection at the Metropolitan Museum of Art
Brooklyn Museum, 7 May–15 August 2010

Founded in 1903 to link fashion with fine and decorative arts, the Brooklyn Museum's costume collection is, more than 100 years later, 24,000 items strong. While Brooklyn's early curators did not intend to collect and exhibit fashions for their aesthetic value alone, over the years the museum was gifted with some of the best representatives of period dress and particular designers' work. With funding from the Andrew W. Mellon Foundation, between 2005 and 2009 the museum embarked on a comprehensive collection assessment; a dedicated staff researched, recatalogued and photographed each piece as team leader Jan Glier Reeder distilled its essence, identified its strengths and prepared a catalogue that accompanies a current display of Brooklyn's finest.1

Selecting examples to be shown in High Style: Masterworks from the Brooklyn Museum Costume Collection at the Metropolitan Museum of Art was a two-part process. Reeder drew the approximately 200 exhibited master works from an initial identification of 4,000 primary acquisitions of haute couture, ready-to-wear, lingerie, millinery, lace, shoes and other accessories, and what Reeder terms "rarities". Brooklyn's exhibit and a companion at the Metropolitan Museum of Art's Costume Institute – American Women: Fashioning an American Identity – mark a historic transfer of Brooklyn's entire fashion holdings to the Met, where it will join the Met's fashion holdings and be maintained to state-of-the-art standards. Brooklyn and Met curators will now have access to the combined collection for exhibits at both venues, and the Met will have access to Brooklyn staff for curatorial support.

Against the glitz of the Met's American Women show, Brooklyn's High Style exhibit quietly proceeds to fulfill every fashion aficionado's fantasy. In its early days, the museum focused on cross-cultural acquisition, with its first curator of ethnology, Stewart Cullen, acquiring textiles and folk costumes from Native American, Asian, Eastern and Western European cultures. In 1939 the museum formed an Industrial Division, with a curator and staff advising dues-paying members. A decade later, the museum established its renowned Design Lab with funding from a trustee, Abraham & Straus president Edward C. Blum. A dynamic partnership of industry and design developed as the lab drew patronage of designers and their wealthy clients donating the bulk of Brooklyn's holdings.

Now consulting curator at the Met's Costume Institute, Reeder has delineated categories reflecting the collection's strengths, beginning with an overview of historical fashions from the mid-18th to late-19th centuries.2 In her catalogue, she states that selections here mark significant silhouettes via garments made in France, England and America prior to the emergence of influential French fashion designers. The next section proclaims Brooklyn’s primacy in garments made by France's first celebrity couturier, Charles Frederick Worth. Each Worth garment conveys his technical finesse, facility with interpreting historical styles, and passion for luxurious fabrics. Since founding his house in 1858, Worth promoted and patronised France's textile and fine handwork industries. No doubt, his 1893 Asian-inspired evening dress, patterned with gold chrysanthemum petals and decorated with red silk velvet, ecru lace and beadwork, will spirit visitors to Belle Époque Paris. Likewise, his son Jean-Philippe Worth's (ca.1900) evening coat will draw admiring sighs with its Tudor rose motif picked out on black velvet voided to cream satin with black sequin embroidery. Taking French couture as a benchmark, American wives and daughters of Gilded Age barons put together costly wardrobes designed by Worth and the newer houses of Jacques Doucet, Jeanne Paquin, Callot Soeurs and others. Brooklyn's collection contains marvellous Caillot Soeurs lacework, owned by American socialite Rita de Acosta Lydig (ca.1880–1929) and donated by her sister, poet/designer Mercedes de Acosta.

The Acosta gift exemplifies the "often serendipitous" nature of museum collecting, as Reeder terms it.3 Reeder's statement describes another concurrence of outstanding gifts: major donations by Standard Oil heiress Millicent Rogers and her sons of surrealist designer Elsa Schiaparelli designs and three single Schiaparelli gifts from other donors. One, a 1932 resort ensemble decorated with butterflies, matches a parasol in Rogers' gift.4 Among the delightfully quirky accessories owned by Rogers are ornamental fasteners shaped like candlesticks and hand mirrors; a belt buckle containing a music box; playfully eccentric buttons; whimsical hats with feathers, fruit clusters and flowers; and a clear plastic necklace from Schiaparelli's 1938 Pagan collection decorated with painted metallic insects.

"Some garments are elegant and timeless, while others are odd and controversial, having insect-like, vertebral or other biomorphic features. Some incorporate the essence of modernity, while still others are updated versions of Victorian fashions."5

Many chance donations have added character and depth to Brooklyn's collection. These include a collection of costumes and textiles formed by Russian noblewoman Natalia de Shabelsky (1841–1905), brought in the 1930s to the US for sale. The donor purchased the Shabelsky costumes and jewel-encrusted headdresses specifically for Brooklyn. A group of historically dressed mannequins will enchant visitors, as well. As part of the French government's 1948 "Merci Train" acknowledging America's "Friendship Train" relief packages sent during World War II, the mannequins were clothed by French couturiers. Leading French stylists dressed human hair on bodies designed by French illustrator Eliane Bonabel topped with heads by Spanish sculptor Joan Rebull.

Aside from such singular acquisitions, Brooklyn's collection contains garments by a historical who's who of French fashion: Paul Poiret, Madeleine Vionnet, Madame Alix Grès, Jeanne Lanvin, Cristóbal Balenciaga, Christian Dior, Yves Saint Laurent, etc.6 Sections devoted to American women and men designers reveal their approaches and concerns; women influenced by minimalism and comfort, men inspired by haute-couture luxury. Women designers in Brooklyn's collection include Jessie Franklin Turner, Elizabeth Hawes, Valentina, Claire McCardell and Bonnie Cashin; men, Mainbocher, Gilbert Adrian, James Galanos, Arnold Scaasi and Halston. In the catalogue, Reeder notes another divergence between men and women designers; several of the women participated in Design Lab programs and extended gifts while, aside from Scaasi, men did not donate on their own behalf, leaving their clients to do so.

Published by the Met and Yale University Press, Reeder's catalogue is nearly as lavish as a Worth ensemble. Separated into chapters mirroring the exhibit, it contains introductory texts followed by collection photographs and detailed descriptions. Text, photographs and layout spotlight particular design features. For instance, a photograph of an 1895 Paquin gown can be "read" as one considers Reeder's description of Paquin's expert tonal variations:

"Paquin's subtlety with tonal effects through veiling is apparent in the bodice, which is covered in pink chiffon in increasing density from front to back, gradually obscuring the pattern beneath."7

A shoe section near the close of the exhibit covers the 1600s through the 1970s with Venetian, British, French and American styles. Brooklyn's 20th-century footwear holdings resulted from major donations, notably by designers Steven Arpad (1947) and Beth Levine (1994), manufacturer Herman Delman (1954/55), and director of Kid Leather Guild, Charline Osgood (1960).

Given press coverage for the Met's American Women opening-night gala, chaired by American Vogue editor-in-chief Anna Wintour, Gap's executive vice president of global design Patrick Robinson, and Oprah Winfrey (and attended by seemingly every celebrity on People magazine's most-wanted list), one can predict that more people will visit the Met's show than make a trip to Brooklyn for High Style, but the two shows are quite different in approach and effect. Small and stylish, American Women functions as a glimpse of future Brooklyn/Met synergy. Met curator Andrew Bolton focused on designs made from 1890–1940 to explore feminine archetypes that prevail in various guises: Heiress, Gibson Girl, Bohemian, Suffragette, Flapper and Screen Siren. Hollywood production designer Nathan Crowley (The Prestige; The Dark Knight) created hand-painted settings for each era. From ballroom to seascape to Tiffany-inspired parlour, Crowley's backdrops are as magnetic as those he created for the Met's 2008 Superheroes: Fashion and Fantasy. French hair stylist Julien d'Ys designed heads and wigs for show mannequins. A 2009 Met exhibit, The Model as Muse, mined the period where American Women leaves off, after 1940, with models and celebrities embodying archetypes from the past.8 For American Women, Bolton referenced The Model with Muse with a video as the exhibit's coda, played across a giant screen with images of contemporary women (models, actors, political figures, athletes) flashing as Lenny Kravitz's version of the Guess Who's 1970 chart-topping song American Woman plays on repeat.

To further public awareness of the value of this pioneering effort at collection sharing, Brooklyn and Met curators organised a two-day symposium (21 May in Brooklyn; 22 May in New York). Offered free to visitors with the price of museum admission, the symposium consisted of sessions in which museum and outside experts presented Reeder's recataloguing process and analyses; discussed Bolton's interpretations in American Women; and considered future synergistic applications. Fashion historian/author Kohle Yohannan, who co-curated the Met's The Model as Muse, participated in the symposium.9 Circling back to Brooklyn's original intention in forming its collection – to foster a partnership between industry and design – Yohannan says: "The new [combined] collection of costumes and textiles will be the most powerful design tool for the coming generations of designers and will, I believe, fuel the American design market in a forward propulsion."

Gifted in so many ways by generous benefactors, Brooklyn has made a gift of global impact by sharing its master works with the Met. The quality of the museum's collection owes much to slow evolution and good fortune. In fact, from Brooklyn's example it appears that one ever-unpredictable ingredient – serendipity – might be the most valuable ingredient. 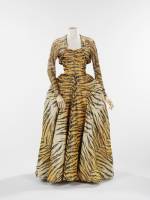 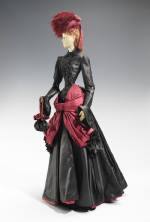 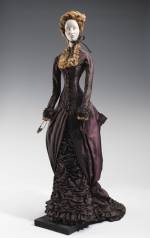 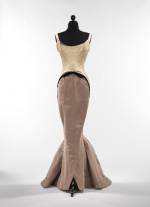 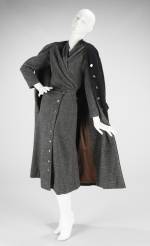 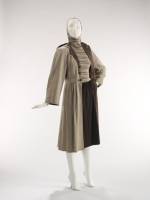 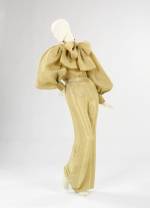 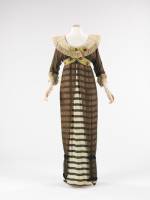 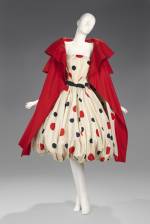 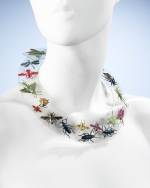 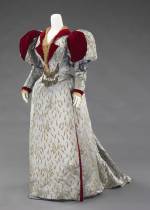