Japanese artist Yayoi Kusama, famous for her polka dots and pumpkins, opened her own museum in Tokyo in October, where she can permanently show her works and promote her message of world peace and love for humanity 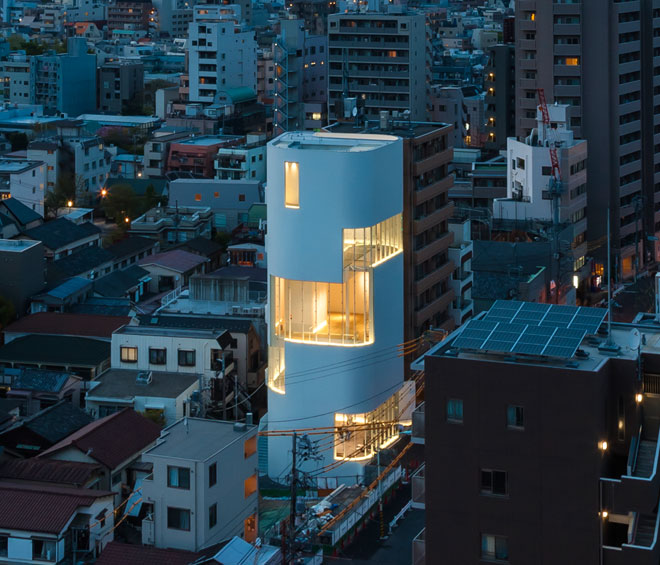 From childhood, the Japanese avant-garde artist Yayoi Kusama has experienced visual and auditory hallucinations, but she has transformed these hallucinations into expressive art, including her trademark “infinity nets” and polka-dot paintings and, in 2014, was named the world’s most popular artist, according to a survey of museum attendance. As well as painting, she is known for her sculpture, poetry and performance art, and has written novels and short stories. Her novel The Hustler’s Grotto of Christopher Street won the Literary Award for New Writers from Yasei Jidai magazine in 1983. 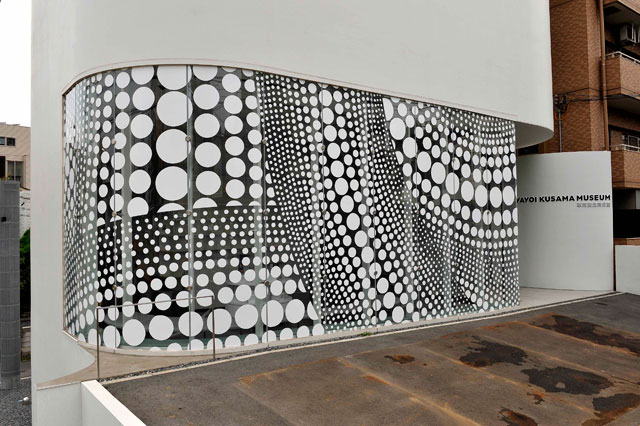 Born in 1929 in Matsumoto City in the prefecture of Nagano, Kusama has been painting since she was a child, but in 1957, while in her late 20s, she moved to New York, where she became part of the art scene that included Georgia O’Keeffe and Andy Warhol, and her career took off. She returned to Japan in the 70s and, since 1977, has lived voluntarily in a psychiatric hospital. “My determination as an artist has been the driving force of my life,” she says. But, she adds: “The creation of art is a solitary pursuit.” And, because of this solitude, she has been yearning to share her works with the public. Although she has exhibited prolifically around the globe, it has been her dream to have her own museum, where she can permanently show her works and promote her message of world peace and love for humanity. 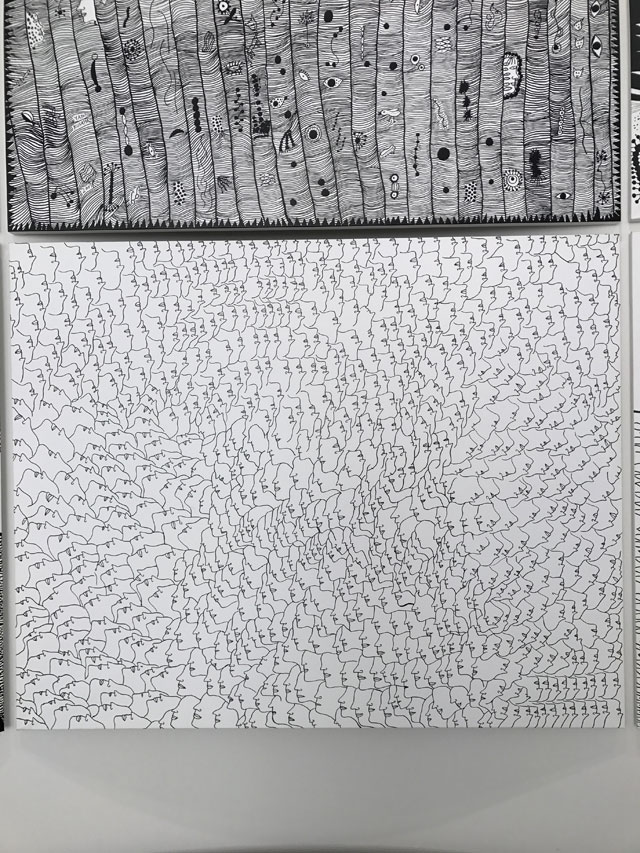 In October 2017, her wish came true with the opening of the Yayoi Kusama Museum in Bentencho, Shinjuku-ku, a central residential neighbourhood of Tokyo. Housed in a purpose-built, five-storey building, the museum is run by the Yayoi Kusama Foundation, which the artist established in early 2017, and headed by museum director Akira Tatehata. The museum will stage two exhibitions a year to explore Kusama’s art world and promote her myriad achievements.

The interior of the museum is designed to enable Kusama’s work to be appreciated from various perspectives. Staircases stretch along the gallery walls allowing visitors to view art from the stairs rather than just from floor level. The museum layout is designed to reflect Kusama’s unrestricted and avant-garde approach to art, which refuses to define top, bottom, left or right. 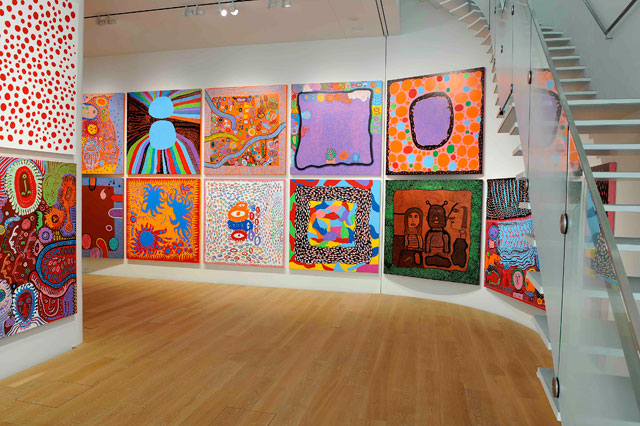 The inaugural exhibition, Creation is a Solitary Pursuit, Love is What Brings You Closer to Art, is divided into two sections. The first, My Eternal Soul, traces Kusama’s recent works through a collection of large acrylic paintings. She began them in 2009 and there are now more than 500 individual works, making up a series of 23. Human figures, unidentified creatures and plants fill the square canvases as if there is no gravity within the painted plane, and what the viewer sees depends on the angle from which you view them. Kusama seems to have a horror of a vacuum, obsessed with filling the canvas as if scared of leaving a blank space in her life. 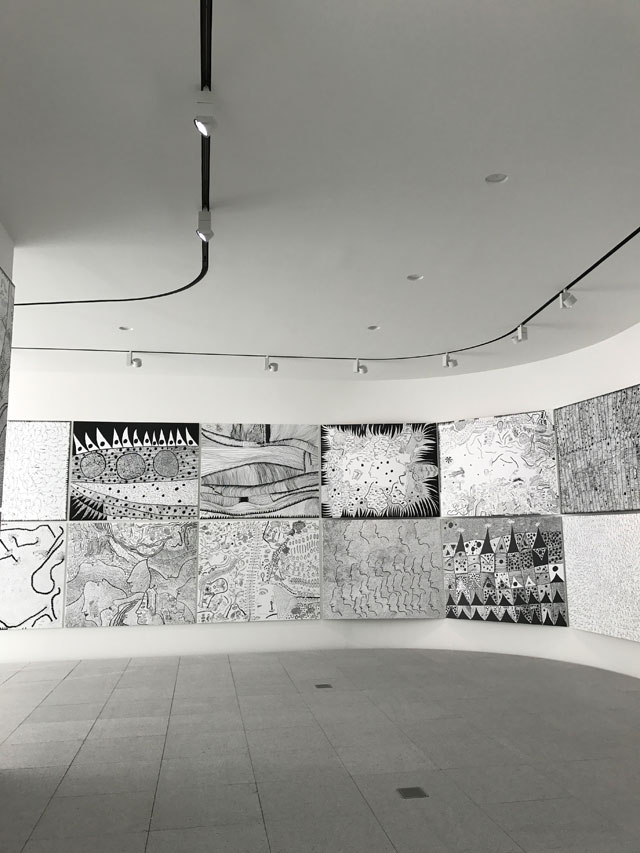 The second strand of the exhibition comprises a series of 15 black-and-white silkscreens entitled Love Forever, which also demonstrate her love of repetition. The artist, now nearing 90, has not lost her love of pumpkins, and her followers can visit a mirrored room containing pumpkin sculptures that, rather like Kusama’s popularity, appear to extend infinitely.

• The Yayoi Kusama Museum’s inaugural exhibition, Creation is a Solitary Pursuit, Love is What Brings You Closer to Art, continues until 25 February 2018. Visitors are asked to buy tickets in advance of their visit: http://yayoikusamamuseum.jp/en/exhibition/current 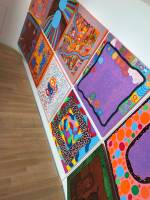 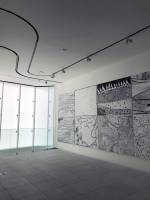 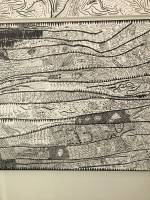 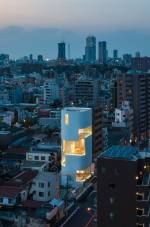