In his search for ‘the self’, Morimura takes on the guise of well-known historical figures and characters as he explores postwar Japan and the politics of power 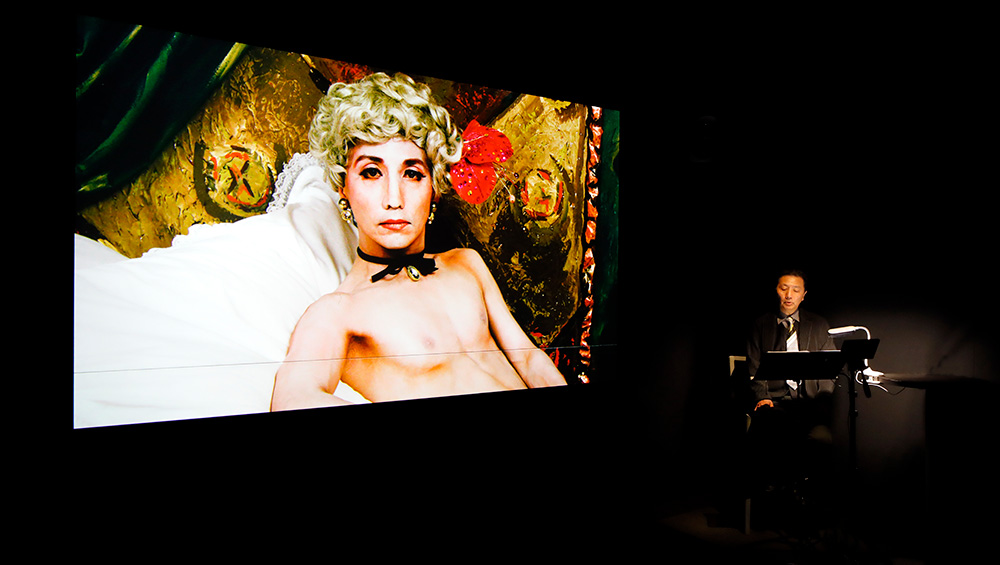 The Japanese artist Yasumasa Morimura’s exhibition Ego Obscura, Tokyo 2020 is being staged at the Hara Museum of Contemporary Art in Tokyo, Japan. The exhibition consists of two elements, an hour-long video work entitled Ego Obscura and a lecture performance written and performed by Morimura. Known for his distinctive self-portraits in which he disguises himself as historical figures or the subjects of famous paintings, Morimura explores and questions contemporary Japanese history and literature.

Born in Osaka in 1951, during the postwar occupation of his country by the American allied forces, Morimura was educated with western values that ignored prewar Japanese sensibility. “I was deprived of Japanese prewar identity and became perplexed as to my identity. Who am I? My face is Asian, but I am increasingly living in a western style? Can I say I am Japanese?”, he says. “During the Edo period, Mutsuhito, who was to become the country’s next emperor, was brought up like a female to make believe that the emperor would not offend the Shogunate. Then, after the Meiji revolution, which saw the Shogunate overthrown and the emperor became the ruler of Japan, the Meiji Emperor dressed like an austere soldier to show the nation that the Emperor ruled the country,” says Morimura. He explains that when he saw the emperor’s sudden change of image, he realised that we can easily change our identity by changing what we wear. He questioned whether we can assume another identity by assuming the outer garments of another character. This mindset led him to explore his true identity by adopting the costumes of other famous characters. He made and dressed himself in a costume like that worn by Showa Emperor Hirohito to see if he could feel like the Emperor. 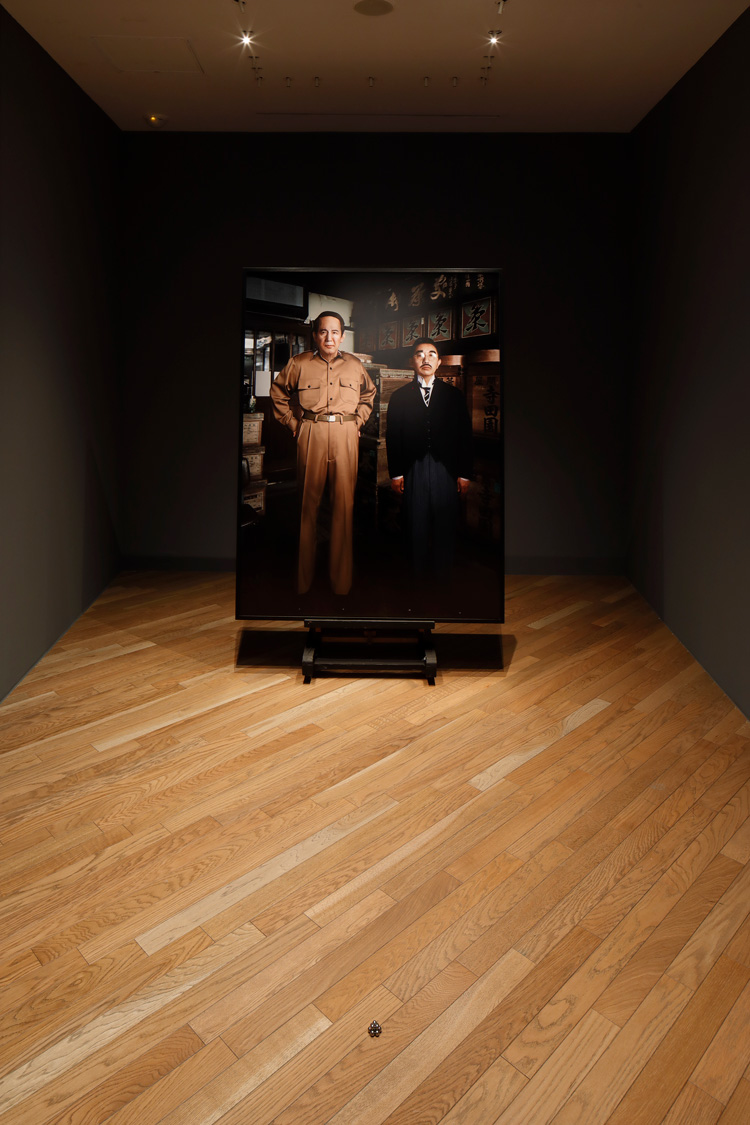 “One other epoch-making scene for me was the meeting between Showa Emperor and General Douglas MacArthur at the general’s office after Japan has lost the second world war. Unlike the powerful image of the Meiji Emperor, the short Showa Emperor looked frail standing next to the tall and masculine MacArthur. To my eyes, the identity of Japan that the emperor symbolised was a woman obedient to the United States that General MacArthur represented.” 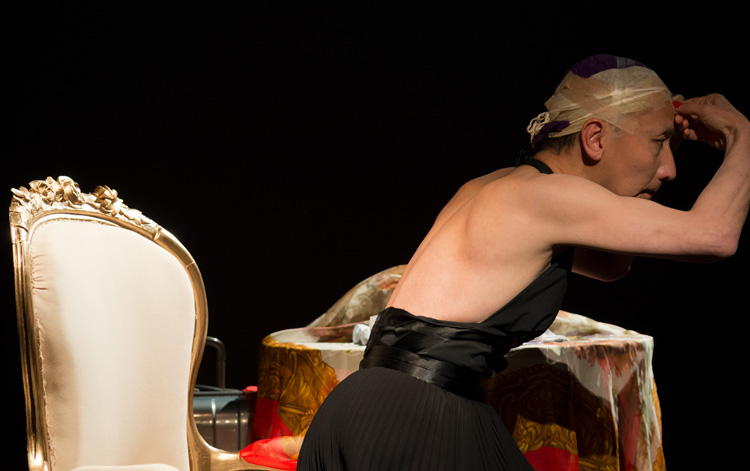 In Edo Obscura, Morimura disguises himself as various notable historical figures to make the audience think about the issue of identity. Morimura chooses characters whom he thinks were born as a result of a particular society. For example, he transforms himself into Marilyn Monroe, pop icon of 1950s American culture, who is symbolised as glamorous, sexy and commercialised in the prosperous postwar US, but whose true identity is mysterious. 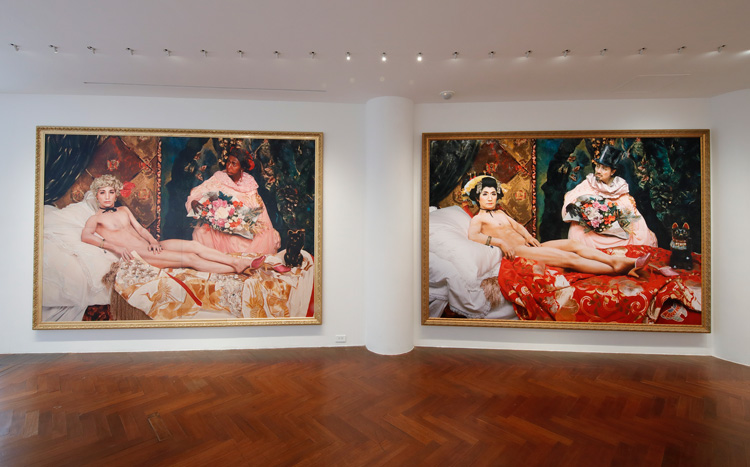 His investigations also touch on the preconception of particular ethnic groups depicted in art history. Morimura was intrigued by Édouard Manet’s oil painting Olympia (1863), which shows a Caucasian courtesan served by a negro man. Morimura restaged the painting, putting on makeup and dressing up as the courtesan as well as transforming himself into the negro servant and taking a portrait photograph. Then, while maintaining the same composition, in his portrait photograph Une Moderne Olympia 2018, Morimura switched the master-servant relationship in the original Manet painting, with a high-rank Asian courtesan served by a white-skinned servant, challenging the viewer to think about the relationship between the two.

Morimura’s attempts to become other characters, switching from one character to another, reflect an ambitious 30-year practice spent deconstructing the concept of “the self”.