Virginia Woolf: An Exhibition Inspired By Her Writings

Virginia Woolf: An Exhibition Inspired By Her Writings

The great modernist writer serves as a presiding spirit in an inclusive, multifarious group show, displayed in the town that triggered her childhood imagination 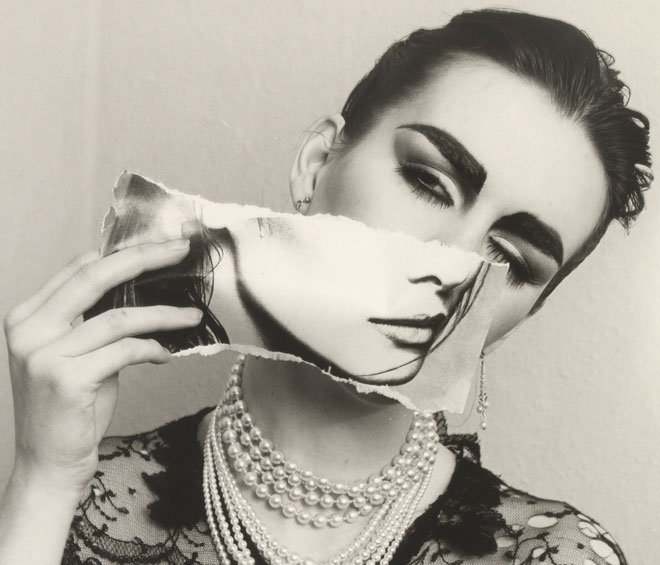 “If life has a base that it stands upon,” wrote Virginia Woolf (1882-1941) in her autobiographical 1939 essay A Sketch of the Past, “if it is a bowl that one fills and fills and fills – then my bowl without a doubt stands upon this memory. It is of lying half awake, in bed in the nursery at St Ives … hearing the waves breaking … and sending a splash of water over the beach … feeling the purest ecstasy I can conceive.” 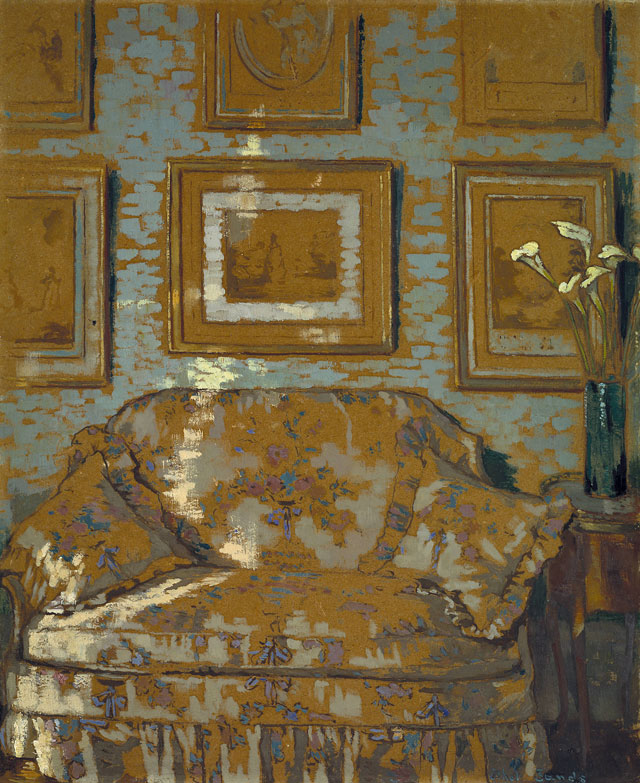 Woolf spent her first 13 summers in Talland House, a villa in St Ives, Cornwall, with views across to the lighthouse at Godrevy Point. She returned to Penwith, Cornwall’s far-western promontory, periodically throughout her life, including on a whim one Christmas Day: “It suddenly struck me,” she wrote to her sister, the artist Vanessa Bell, by way of explanation, “how absurd it was to stay in London, with Cornwall going on all the time.” Woolf’s experiences of the Cornish coastline can be traced in much of her fiction, most prominently in To the Lighthouse (1927), which, although set on the Isle of Skye, unmistakably features the geography of St Ives and intimations of her own childhood there. Bell’s iridescent cover illustration for the first edition plainly depicts the lighthouse at Godrevy. 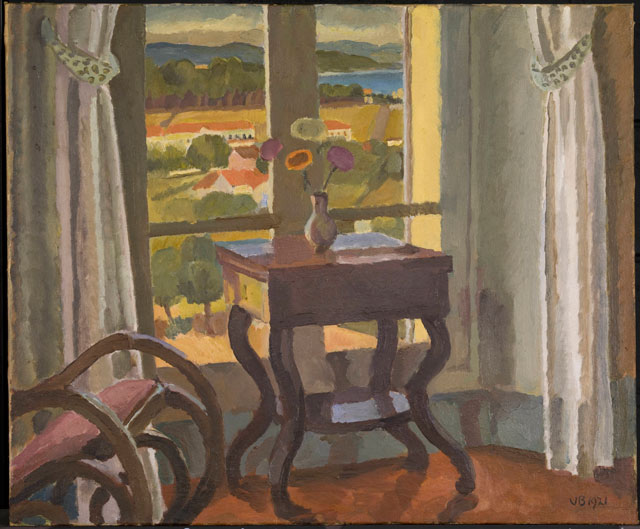 The Tate St Ives is thus an appropriate first home for Virginia Woolf: An Exhibition Inspired By Her Writings, an assemblage of works by more than female 80 artists. It is a cumbersome name, but a clever one – by signalling Woolf’s role as inspiration to the – or, crucially, ‘an’ (the Tate does not posit the show as definite) – exhibition, it allows a looser purview of practitioners than one in which Woolf is the sole focal point. Organising an exhibition around literature is a task laden with pitfalls. During last year’s Venice Biennale, the Gallerie dell’Accademia’s Philip Guston and the Poets reduced five modernist masters to simplified, and not always accurate, thematic brushstrokes, resulting in a show that was best enjoyed as a straight survey of Guston’s fantastic late works. In Margate, Turner Contemporary’s ongoing Journeys with The Waste Land includes excellent pieces, but struggles to find any that capture the polyphony, fragmentation and line-by-line control of TS Eliot’s 1922 poem. 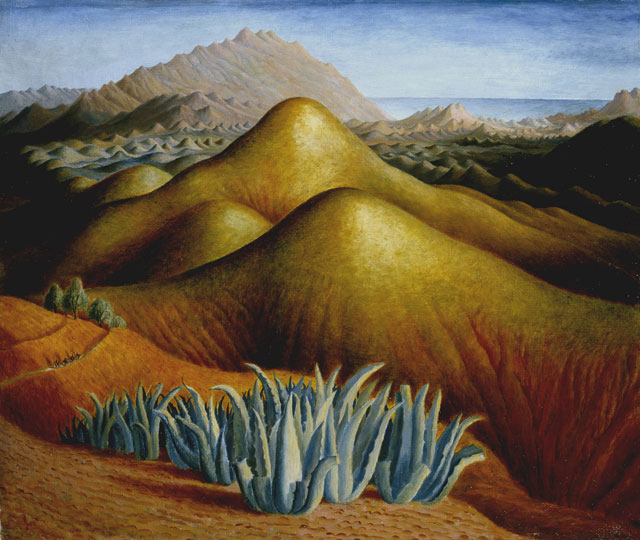 One piece in the Tate St Ives provides a neat encapsulation of the art world’s often reductive attitude towards writers: a print of Judy Chicago’s 1978 Study for Woolf’s place setting at her The Dinner Party (1979). Chicago cast Woolf as a model for the freedom of women to write. In doing so, she narrowed a distinct, many-pronged genius to a single point, and one with which Woolf – a writer with an impressionist’s eye for multiple perspectives and contrary views, who in Orlando (1928) sought to unshackle writers from gender altogether rather than have them defined by it – would probably have taken issue.

Chicago’s collage print has been positioned in the exhibition’s antechamber, as if the curators have placed her essentialising approach to one side. And, indeed, this is an exhibition that opens up rather than whittles down, spinning off in a whole phalanx of directions. This has its own hazards: profusion can breed confusion. But the curators have done well to beat a path through the rushes. There are four sections – broadly on landscape, domestic spaces, the subconscious and the public display of gender and identity. Each of them mingles the sort of polite early-20th century, largely British art once associated with the Tate Britain with the internationally diverse postwar-to-present conceptual art you might find at the Tate Modern. 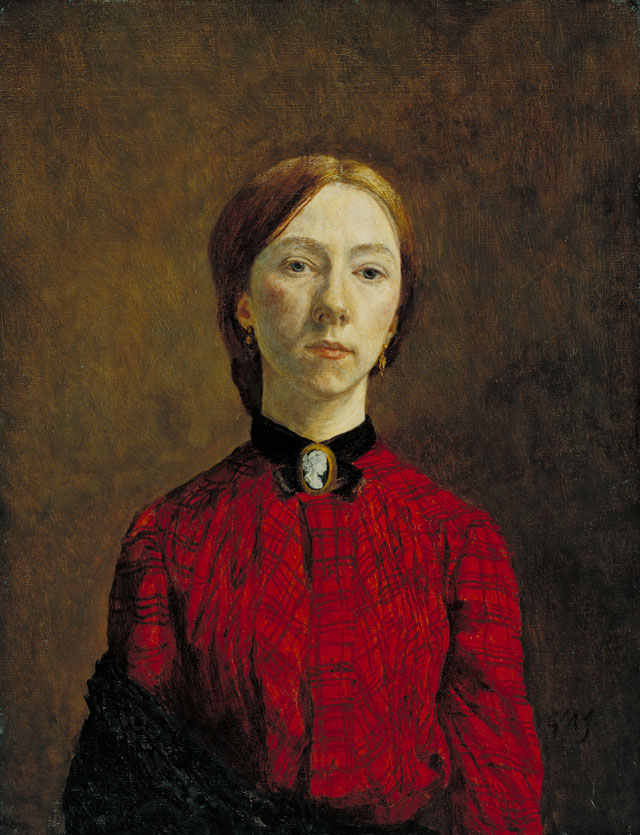 In doing so, it brings up intriguing threads. In the book-length essay A Room of One’s Own (1929) – one of the formative texts of feminist criticism – Woolf famously argued: “A woman must have money and a room of her own if she is to write fiction.” Numerous artists here hone in on the importance of, and the freedom entailed by, their own creative space. In Gwen John’s sparse A Corner of the Artist’s Room in Paris (1907-9), focus is drawn to the window and its radiant sunlight, suggesting a free-flowing inspiration from the outside world. In St Ives stalwart Wilhelmina Barns-Graham’s The Blue Studio (c1947-48), by contrast, a stormy sea is imprisoned behind glass, kept at arm’s length, while the accoutrements of her practice are theatrically spread out on a table in front of the window. The brilliant Romanian artist Geta Brătescu’s video Hands (For the Eye, the Hand of My Body Draws My Portrait) (1977) places viewers vividly above her work desk as she smokes, creates a cat’s cradle and messes around with paint sticks, conceiving her studio as a place of free play, while, for Joan Jonas in Songdelay (1973), a scrappy patch of New York becomes her workplace for the duration of her performance. A 1965 photograph by Gisèle Freund of Woolf’s working table places it defiantly outside, as if the rooms in which, as Woolf said, “women have sat indoors all these millions of years” have been shattered and opened out. 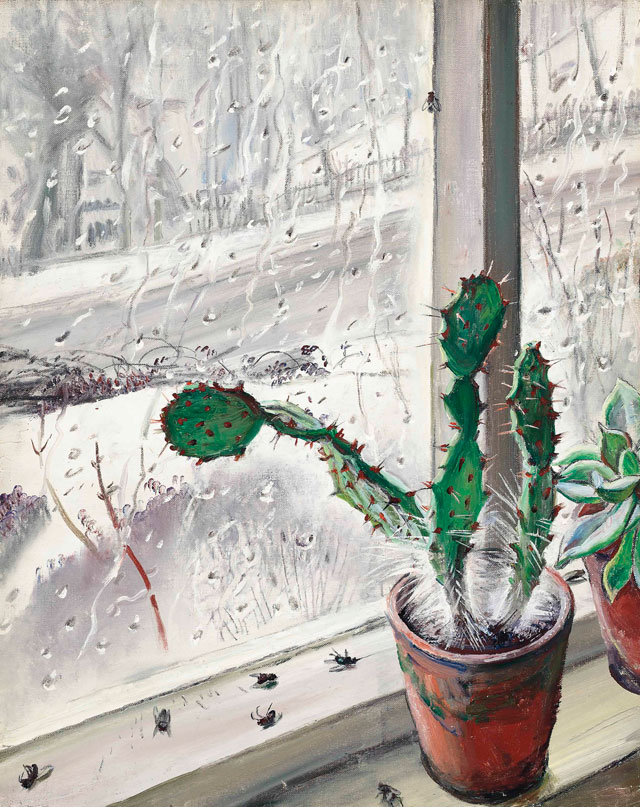 Juxtaposition brings out the best many of the exhibition’s most traditional works, which with some notable exceptions – John’s self-possessed yet frank Self-Portrait (1902), Dame Laura Knight’s rainy-day Cactus (c1939), the sun-saturated post-impressionist reveries of Bell – are interesting as specimens of time and place. The display on landscape and nature demonstrates this well. Knight’s Autumn Sunlight, Sennen Cove (c1922) presents Penwith’s cliffs as a coastal arcadia, whereas Romaine Brooks’ The Port of St Ives (c1904) shrouds the town in a Whistler-esque glumness. Barns-Graham’s 1953 rendition of the Isles of Scilly, meanwhile, paints beachside rocks as a fist-like, fold-filled clump almost akin to a surrealist exercise. All three present subjective views of Cornwall, formed by individual consciousness – a parallel with Woolf’s own mature fictions, which deal in thoughts and reactions rather than an omnipresent narrator.

Given Woolf’s seminal place in the feminist canon, there was a danger that this exhibition would effectively be on feminist art, taking one aspect of Woolf’s many-faceted oeuvre as its guide. And there are many artists here whose practice is explicitly tied to feminist thought. Yet, by and large, there is a further connection to the author in these selections. Birgit Jürgenssen and Bělá Kolářová, for instance, fixate on the passing of time, as in Woolf’s penultimate novel The Years (1937). Kolářová’s Seekers of Lice I and II (1976) – inventories of lipstick, nail varnish and blusher – bring Woolf’s idea of frock consciousness, the way clothing has a psychological effect, to the cosmetics industry. 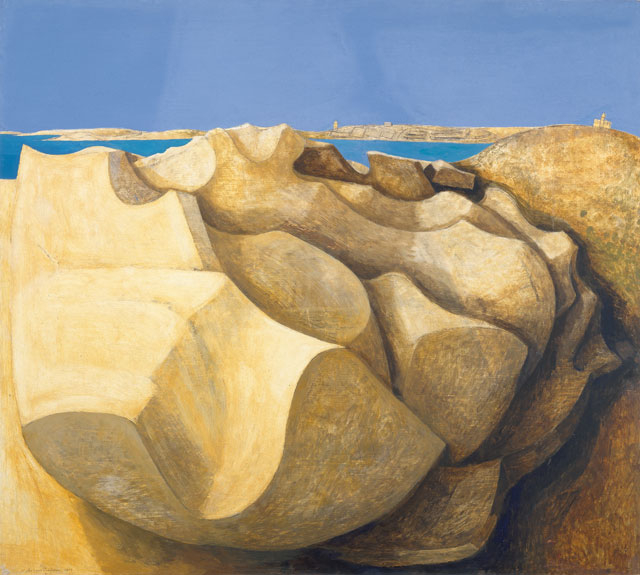 The sheer number of artists represented here does see some lost in the shuffle, especially when placed alongside such overpowering works as Alina Szapocznikow’s elegiac resin sculptures Tumour (1969) and Herbarium – Self Portrait (1971), and Louise Bourgeois’s bubbling, organic Avenza (1968-9). A handful seem to belong in another show entirely. Penny Slinger’s vaginal Read My Lips (1973) and Linder’s brash, aphoristic She/She (1981) come from a more extrovert, even confrontational, plane than the one Woolf occupied. It is hard to imagine one of the finest prose stylists in the English language seeing kinship with the latter’s short, sharp exhortations. And although there is much to marvel at in the medium Georgiana Houghton’s proto-abstract Spirit Album (1865-85), the earnest spiritualism seems at odds with Woolf’s scepticism. A more convincing tie between the fantastical and Woolf comes with Brooks’ 1930s single continuous line drawings of angels and demons, which the artist saw as the result of subconscious thought, and Eileen Agar’s Angel of Mercy (1934) and Angel of Anarchy (1936-40), which calls to mind the masquerade and pageantry of Woolf’s extraordinary final novel Between the Acts (1941).

In A Room of One’s Own, Woolf described being barred from a Cambridge college library on account of her gender: “I thought how unpleasant it is to be locked out; and I thought how it is worse, perhaps, to be locked in.” This observation might be transposed to the ethos of this exhibition, which enjoys its freedom to walk in and out of Woolf’s demesne, sometimes standing closely by and at other times passing tangentially. And in this balance of thoughts and voices that drift up and down over the exhibition’s course, it manages to capture something of Woolf’s own weaving of intimacy and polyphony, conscious and subconscious. 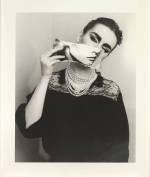 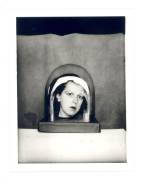 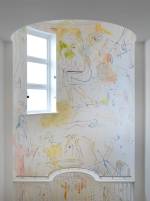