The Real and the Romantic: English Art Between Two World Wars – book review

The Real and the Romantic: English Art Between Two World Wars – book review 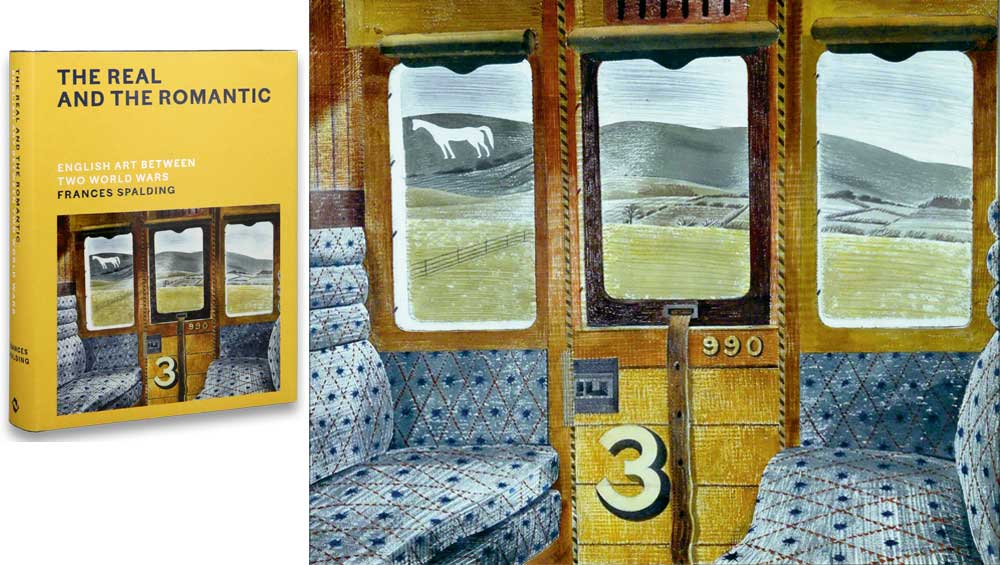 In this book Frances Spalding looks again at art between the two world wars, so that the 1920s and 1930s become the focus of her reassessment. Setting art of the period within a more thorough social, cultural and political framework, Spalding brings new insights to familiar names such and Paul Nash and Stanley Spencer, while fetching other less well-known artists to the fore, especially female artists such as Isabel Codrington and Anna Airy.

The overarching framework for Spalding in this historically comprehensive assessment is the tension between the real and the romantic of her title. As she writes with clarity, these two aspects of art have long been considered incompatible bedfellows. Spalding, however, mines the seam between the two, showing how both aspects of interwar artistic production coexisted, sometimes in the same work. As she explains early on: “Staunch conservatism jostles with energetic revivalism; allusions to the classical past or the early Italian Renaissance become aligned with the pulse of the new; the pursuit of the modern and international is suddenly trumped by a return to native traditions, the local and vernacular.” So, where does that leave us in understanding what is, undoubtedly, a complex period in the development of artistic practice in England?

The 12 chapters in this book are nicely focused and evenly paced, giving us a gradually richer understanding of the period as we read through chapter by chapter. The chapters do not confuse or contradict each other but create a layering and interweaving of ideas that bring increasing depth and nuance to our understanding. Spalding’s book is not just about art, but about how art has been taught, how exhibitions have been staged and how art history and art criticism has been written. As an art historian, Spalding is remarkably self-reflexive when it comes to her chosen discipline so she doesn’t hesitate to point out its past omissions and works hard to address those throughout the book.

Spalding begins her study with realism in art in the aftermath of the first world war and paintings such as John Singer Sargent’s Gassed (1919) that depict the stumbling, painful horror of war. There are war memorials and there is silence – the first two minutes’ silence as an act of remembrance took place at 11am on 11 November 1919.  At the same time, some artists resisted this kind of realism, taking a more innovative approach. Jacob Epstein revisited his monstrous Rock Drill (c1913-15), creating the much truncated and melancholic figure of Torso in Metal from “The Rock Drill” (c1913-16). Charles Sims’ unconventional religious series of paintings, including I am the Abyss and I am Light (1928), is astonishing and it is worth noting that it found a home with the Tate Gallery rather than the more conservative Royal Academy.

Travel was especially important for artists at this time, with locations in France and the English countryside coming to the fore. Charleston, the East Sussex wartime home of the Bloomsbury artists Vanessa Bell and Duncan Grant, is well enough known. Transport and the moving image became the subject of linocuts in 1930s as Cyril Power, Sybil Andrews and Lill Tschudi depicted London life. Meanwhile, artists of the East London Group were more interested in landscapes and places of the mind, depicting aspects of everyday life with quiet intensity. From urban sights in Whitechapel to contrived scenes of hiking in the countryside, from Nash’s coastal images of Dymchurch to Dora Carrington’s intense rural scenes, all are as much about the artist’s inner experience as what was in front of them.

Beginning again after the horrors of war did not, necessarily, mean new subjects, but did mean a new approach to painting, something that Winifred Nicholson understood well. The wall paintings that Spencer made for the Sandham Memorial Chapel at Burghclere in Hampshire brought reality of experience and creative imagination together to somehow redeem the darkness and destruction of war. Elsewhere, alliances with foreign artists helped to expand the language of art and the mid-30s saw a new international modernism. The global collection at the British Museum became a source of inspiration for sculptors such as Jacob Epstein, Frank Dobson and Henry Moore. It was Roger Fry’s book Vision and Design (1920) that prompted Moore to look to “primitive” carving in the British Museum.

Another important publication was Ezra Pound’s book Make It New (1934). This expounded an aesthetic that, as Spalding explains, “achieves modernity not at the expense of the past, but by means of a return to the past for the purposes of renewal”. Ideas of stillness and stability were important after the turmoil of war and some artists, such as Evelyn Dunbar, regarded nature and gardening as important as art. Equally, there was a need for fantasy as an antidote to war, and a new revivalism plundered the past to enrich the present. While Bell and Grant looked to classical antiquity for their decoration for King’s College, Cambridge, Eric Ravilious drew on the English landscape tradition.

If the 20s had been about individual artistic effort, the 30s were more concerned with communal effort, something exemplified by the activities of the group Unit One, the magazine Axis and the making of the International Surrealist Exhibition. Herbert Read’s interest in an intellectual and philosophical grounding for modern art gave him a critical voice and he included these ideas in 1933 his book Art Now. The 30s generally saw a plethora of different styles in art, from the Euston Road School to Barbara Hepworth’s Project: Monument to the Spanish Civil War (1938-9).

What I appreciate about this book overall is that, alongside the revision and expansion of art historical narratives of the period, precisely what you expect from a writer of Spalding’s calibre, come nuggets of fascinating detail. We learn, for example, that Gwen Darwin (the granddaughter of Charles Darwin) paid for Spencer to go to the dentist while they both attended the Slade. We also learn that Gwen John had difficulty sleeping in her studio room at 6 rue de l’Ouest in Paris. This may not add anything to our appreciation of John’s or Spencer’s art, or anyone else’s, but it does add vital human interest (Spalding is also a biographer, after all) and allows us to inhabit, in our minds, the period between two world wars and better understand the lives of those artists.