The impact of Covid-19 on art critics

The impact of Covid-19 on art critics

This essay, comprising conversations with UK-based critics looks at the effects of the Covid-19 pandemic on their work and prospects

“If there’s no art, does an art critic make a sound?” asks the London Art Critic, AKA Tabish Khan, in his first blogpost in more than five years, considering the impact of Covid-19 on him, “an art critic who now has no art to critique”. This is the question I have been putting to him, and various other colleagues, over the last few weeks, when, strangely, despite the closure of galleries and museums, and my inability to go and view (and, accordingly, review) art, I have been as busy as ever. How? And is this the same across the board? Or are critics, like artists, feeling the impact and worrying about the uncertain future?

In my case, I remain busy because, as well as writing, I edit, and had a couple of large copy-editing jobs already lined up – one also involving image research. I also work with a website, The Art Story, promoting its art history resources for students; edit a linguistics journal (a hangover from my previous career); had a number of essay commissions directly from artists (a good chance to finally catch up on these); and have booked in a lot of interviews (using Skype or FaceTime, adding to my infinitely increased amount of screentime, alongside all the Zoom webinars and online yoga alternatives in which I am now participating). Then, of course, there was my five-part essay for Studio International, considering the impact of Covid-19 on artists – a simple idea, which could easily have turned into a dissertation, the number of responses I had, and people who wanted to update me as things changed daily, as they are doing for all of us right now.

I am lucky. I have work. For now. But what happens when we come out the other side? How many small or medium-sized galleries will have been forced to close? How many artists will still be able to afford to commission essays? What will be the impact on already struggling print publications, which, during lockdown, have lost advertising and distribution possibilities, and had to press pause? Plus, from a personal point of view, as someone in the “extremely vulnerable” category, requiring shielding for, potentially, at least two months more than everyone else – what will happen to me once other critics – who, necessarily, are both friends, but also competitors for work in a small field – are back out on the beat, and I am unable to fulfil commissions currently on hold, which they might be able to take on instead? Also, what about the panels and events I was meant to be hosting, all of which are being postponed? How, realistically, can everything be rescheduled so I am able to manage?

As someone who has been self-employed for nine years, but was also working on a magazine as a full-time employee, until December 2019, when I had to resign due to health issues, I fall through a gap in government support, because less than 50% of last year’s earnings came from self-employment. To return to Khan, he says: “It’s important to stress that I am very fortunate in having my health and a steady income from my corporate ‘day job’. I appreciate I have many advantages over others who haven’t been so fortunate. Yet I do find myself at a loose end with my main outlet closed, with Londonist no longer publishing articles. 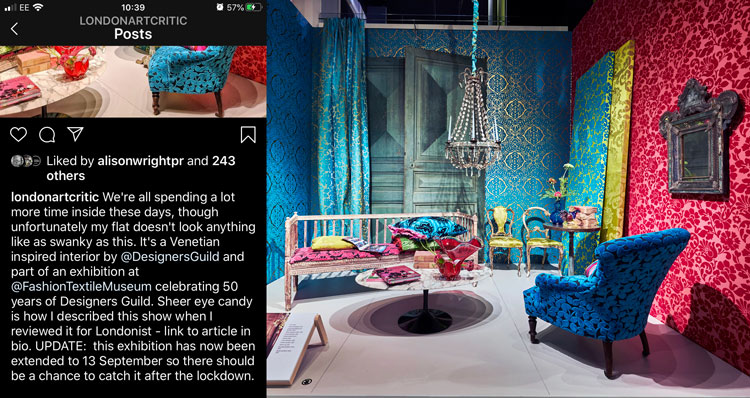 “I’m still publishing my weekly top five on FAD, though it’s no longer the top five exhibitions to see in London. I’m having to come up with inventive top fives, including art books and art podcasts. While these are performing well, I’m aware that I’m not an expert in either category, as I rarely listen to podcasts, and most of my reading material is unrelated to art. I was once rather flatteringly described as London’s foremost art critic, though at the moment that feels like a redundant role.”

Similarly, another critic, who wishes to remain anonymous, says: “I am having to adapt content and am a little concerned about running out of ‘art at/from home’ offerings. I suspect my hours will suffer and, with no exhibitions to review, if cutbacks are made, they’ll be made in arts content. I am working on other personal writing projects, but my income will suffer and that’s a bit of a worry.”

Khan saw another side of this when, before full lockdown and gallery closures, the Londonist was still publishing reviews and it received vitriolic abuse on social media, accusing it of being reckless and endangering people’s lives. “How about don’t go and try and flatten the curve maybe”; “NO. Just NO. This is irresponsible. This is a GLOBAL PANDEMIC KILLING PEOPLE. Most other countries have stopped events to save lives, the UK must stop too”; “Why don't you fucking stop it?!?!?” and “#StayTheFuckHome” being just some examples of angry tweets.

Nevertheless, Khan believes people want to see and read about art at this time, and continues to post on Instagram about exhibitions he saw before lockdown: “I think it’s important to keep sharing beautiful and thought-provoking artwork.”

Like me, the freelance critic Elizabeth Fullerton is, in the first instance, using the time to catch up on a “backlog of non-urgent articles that have been commissioned but keep getting leapfrogged by more time-sensitive pieces. Most of the articles are interviews and conversations with artists, plus I have a couple of pending reviews for American magazines, most of whose readers would not have been able to get to the shows anyway, but might be curious to read about them.” Aside from this, she says she hasn’t pitched anything new and is enjoying the time to catch up on some reading and film-watching. “My guilty pleasure is watching the series Sherlock with my sons, which I missed the first time round and I’ve become a little bit obsessed.” 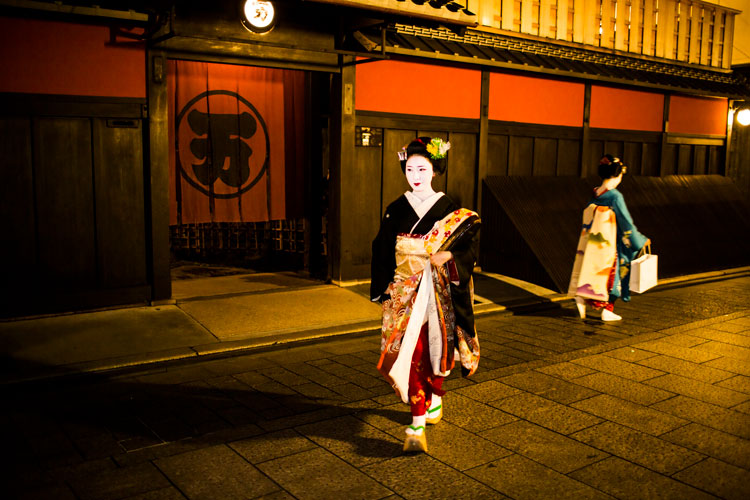 Hettie Judah, another freelance, and the wage-earner in a family of four, tells how she had to “fish around pretty fast for alternative ways to support everyone through my writing – some of the reviews (Aubrey Beardsley and Titian) converted into features pegged to television documentaries. Others I will make evergreen features, I hope (Kimonos at the V&A, for example.) I called in a large number of books before the lockdown, hoping that they might prove the basis for some good features in the coming months.” Like Judah, I, too, have just reviewed the BBC Four documentary on Aubrey Beardsley in place of an exhibition review for a magazine urgently looking for content.

Speaking of day-to-day life, Judah continues: “My routine isn’t enormously different – I work from home and my partner is at home during the daytime, too. My elder son often used to work nights (a pub job – now lost), so I was accustomed to him floating around during the day at home. Having everybody here in the house all the time does put a lot more pressure on my partner and me to cook and clean and try to create structure for everyone else. As has the infuriating quest for loo paper, etc, among empty shop shelves. I miss going to galleries, of course, but from my longer writing projects, I am quite used to months at a time just steadily working from home, broken up only by occasional dog walks.” 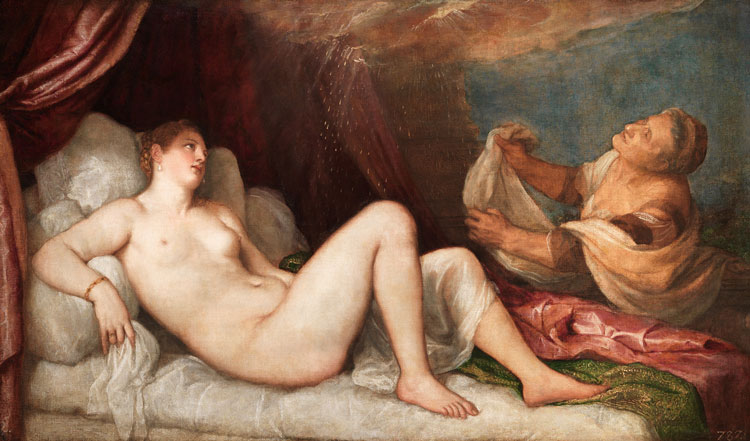 The launch of Judah’s book Frida Kahlo, in the Laurence King Publishing Lives of the Artists series, has been pushed back from June to October, and she has not had a follow-up commission as yet. “I'm chatting about a few artist monographs, but I won't be able to make studio visits until God knows when, so there’s a limit to what I can do there. If I were in a different financial position, in theory it could be a period to look into a more creative project, I guess, but … and it’s a big but … I’m exhausted. All I want to do is sleep and raid the biscuit box. I find it very hard to focus at the moment. I think many people feel the same way. The idea that we can all enjoy isolation and hunker down to being creative now is feel-bad bullshit and unnecessary pressure at a time when we’re all feeling bruised and panicky, disoriented, worried about the present and the future.”

I think this pretty much sums up feelings all round – not just for art critics, but for people in general. We’re all in this together, and no one knows what the new normal will be – or when. Some days are good, some are bad; some are filled with ideas and motivation, others are just good for hibernating. Feelings will fluctuate, and that is to be expected. Even those in full-time employment don’t know how secure things are long-term. “I’m certain that we’re going to see serious financial hardships and probably some bankruptcies caused by this health crisis,” says Khan, in conclusion. “Especially as we’re being told to cut back on all social events. It’s going to affect small businesses in many sectors, including the arts. We’ll come through this, but the state of the visual arts in the post-viral era may well be less vibrant.”

In answer, then, to his opening gambit: “If there’s no art, does an art critic make a sound?”, there is art, and plenty of it, as we have seen in the creative responses of artists even just in the first week of lockdown. The art critic, therefore, can make a sound, just in a newly formulated manner. And this, as we can see, is already happening.