The Botanical Mind: Art, Mysticism and the Cosmic Tree

The Botanical Mind: Art, Mysticism and the Cosmic Tree

Taking our relationship with plants as its starting point, Camden Art Centre’s ambitious exhibition, now visitable as a digital platform, explores centuries of interconnection between physical, psychic and spiritual worlds 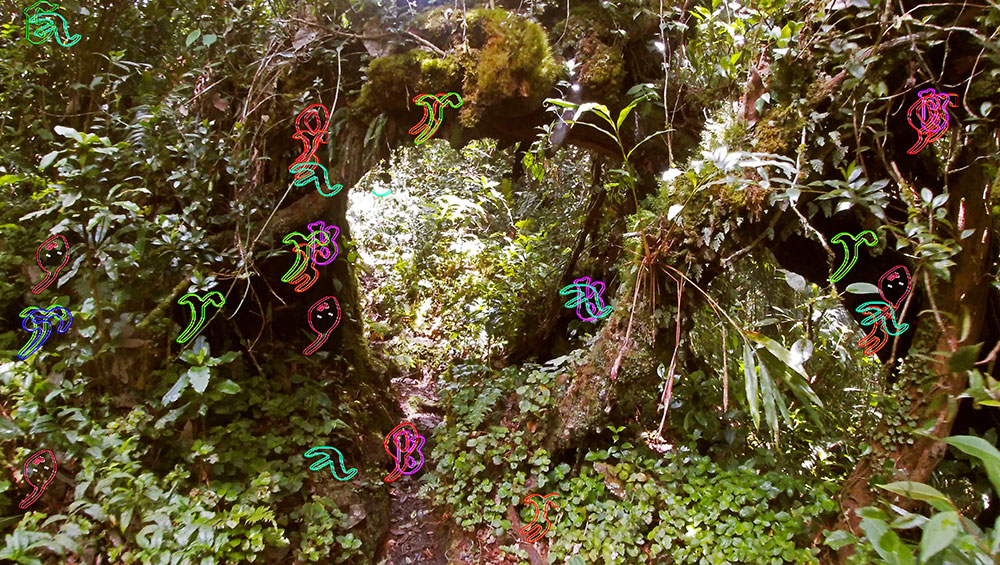 Last year, the German artist Andrea Büttner painted the arched ceiling of London’s Hollybush Gardens gallery the empyrean azure of Giotto’s Scrovegni Chapel. That early Renaissance marvel is crowned with a canopy of gilded stars and sparkling prophets, emissaries from a sacred beyond. Büttner’s blue instead came studded with life-size potatoes, the humblest, most terrestrial of vegetables. In one sense, Büttner’s choice was a simultaneously earnest and comic crib on art history, elevating a symbol of lowly humility into a celestial object. In the context of The Botanical Mind: Art, Mysticism and the Cosmic Tree, Camden Art Centre’s now-online exhibition, the juxtaposition of stellar and subterranean becomes greater still: an exemplar of the interconnectedness of things from the macro to the micro, an explication of the patterns that recur across place and time, and an assertion of the importance of plant life to our own. 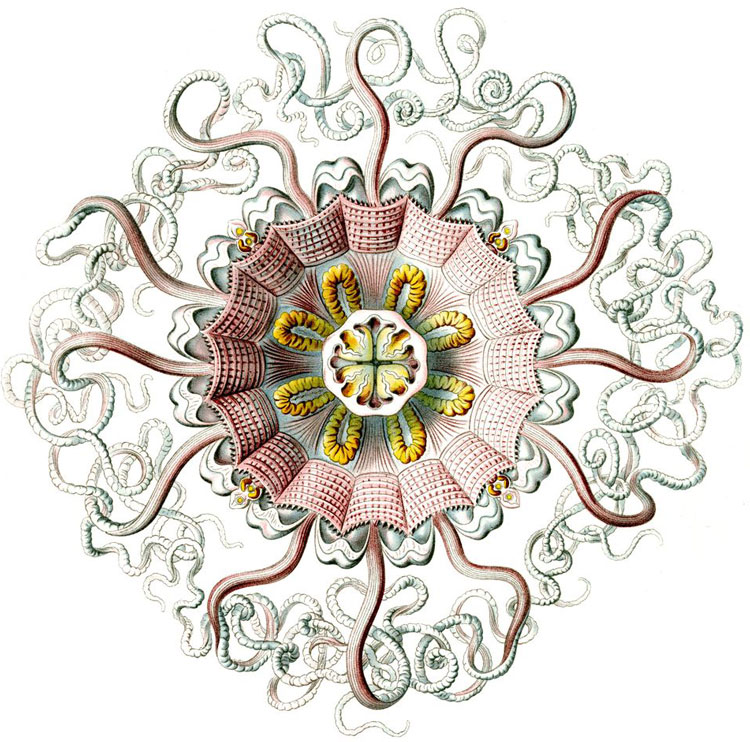 The purity of Büttner’s numinous painting makes it something of an outlier in The Botanical Mind, an immensely ambitious exhibition, the constituent parts of which pull in numerous directions. Delving deep into cultural as well as artistic history, it investigates the significance of plant life to human consciousness and spirituality. While there have been numerous exhibitions centred around flora recently – London alone this year has seen Formafantasma’s Cambio at the Serpentine and Hayward Gallery’s group show Among the Trees — The Botanical Mind is distinguished by its focus on how plants relate to human life, thought and experience. 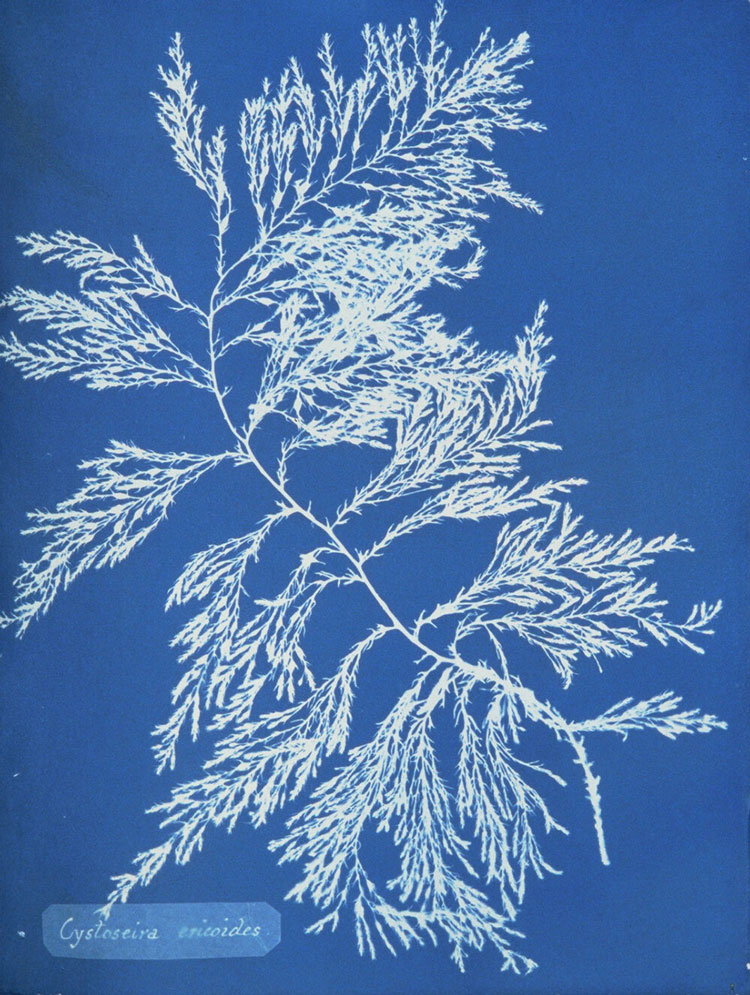 This is an enormous subject, taking in the nature-derived body art and animistic religion of indigenous Amazonian peoples, Carl Jung’s search for essential patterns in nature, the psychedelic mushroom-inspired ink-blot drawings of Bruce Conner, early modern alchemical drawings, meditative exercises and much else besides. The exhibition’s physical incarnation – originally slated for mid-April, now postponed until the north London institution reopens later in the summer – boasts works by more than 50 artists and writers from across 500 years. The online iteration is only a little less sprawling. Divided into six thematic chapters, it intersperses exhibition text with scans of paintings, essays and interviews, video and audio work, podcasts and new digital commissions. Conceived as an expanding universe, it will continue to grow until the end of July. 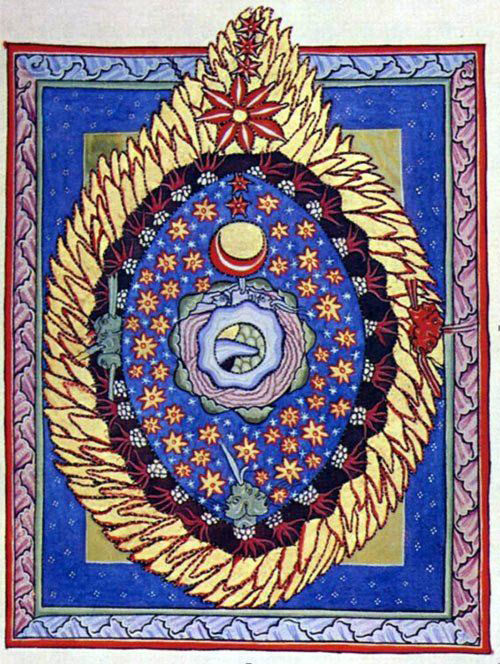 A delve through the fourth chapter, Astrological Botany, gives some idea of the platform’s thematic density. It takes as its kernel “the intrinsic connection between geometry, music and the earthly and astral realms” – an elaborate set of relationships to begin with – and proceeds to illustrate them with arresting pages from the medieval abbess, composer and visionary Hildegard von Bingen, the 17th-century physician and cosmologist Robert Fludd and the Voynich manuscript, an anonymous early modern codex written in an, as yet, undecipherable language. And then, via an essay entitled Gaia and the Alchemical Tree of Life by the ecologist Stephan Harding, it takes a closer look at the paintings of the British occultist Ithell Colquhoun and the many-stranded work of the contemporary German artist Kerstin Brätsch, both alone and as part of the duo Das Institut with Adele Röder.

It is a lot to take in, especially on a computer screen, where the habitual temptation to speedily scroll down to the next thing can be hard to shake. But the platform’s balance of text and image pulls everything together, weaving specific stories into a larger whole. Compared with many so-called online exhibitions, which simply present a gallery of images, The Botanical Mind Online feels designed to encourage the sort of head-spinning voyage through digital matter that leaves you with a dozen open tabs, each a potential gateway to a dozen more. In that sense, the platform resembles the trunk of some enormous tree, with leaf-sheathed branches spreading off, and bearing fruit. 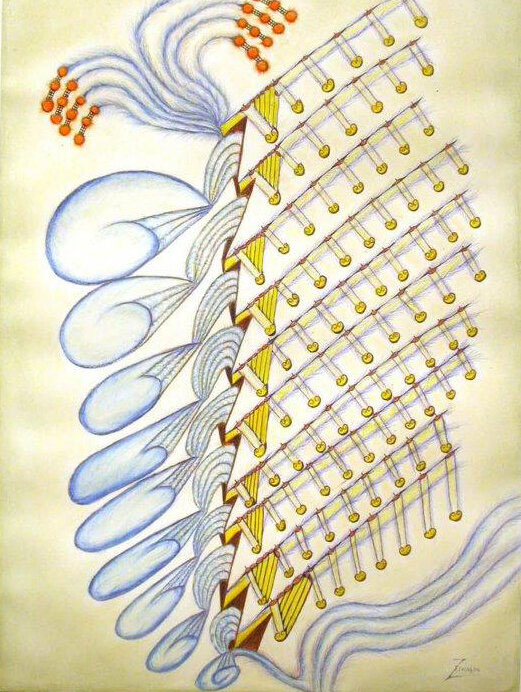 One major strand, investigated specifically in the chapter on Sacred Geometry, but present throughout, embraces the fractal and spiral patterns present “in the arrangement of camellia and dahlia petals, the seeds in a sunflower head or the fractals of romanesco broccoli”, and elsewhere throughout the natural realm. It does so through a motley bunch of protagonists, with a particular focus on once-marginalised women from the arts and sciences. There are cyanotype impressions of algae from the photographic pioneer Anna Atkins, “mediumistic” floral pastels by the obscure Bohemian psychic Anna Haskel, and ecstatic, almost musical crayon and pen drawings by her self-taught countrywoman Anna Zemánková.

Haskel saw her works as “led by a higher power” , a heavenly guide that taught her to draw the flowers of the earth. The German zoologist and illustrator Ernst Haeckel, on the other hand, started from a point of rational observation, but through his artistic talents elevated the real into something numinous. “Life,” he wrote, “is anything but tedious owing to nature’s inexhaustible richness, which produces ever new, beautiful and fascinating forms.” A jellyfish from his 1904 magnum opus Art Forms in Nature is a squirming tangle of pinks and greens, clearly animal but displaying the sort of symmetries common to plants, while a selection of Mycetozoa slime moulds delights in the similarities and variations of these bizarre organisms. 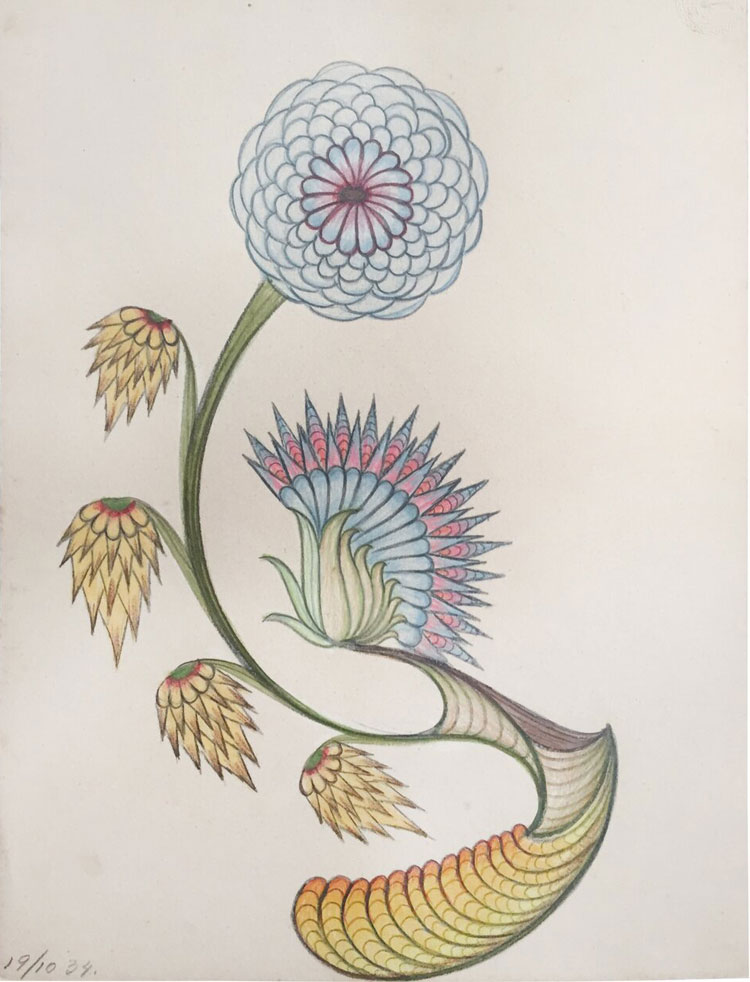 An apparent outlier to practitioners directly concerned with nature is the Italian painter Giorgio Griffa, who was the subject of a major survey at Camden Arts Centre in 2018. His abstract works, with squiggles of colour beaming out against earth-coloured canvases, seldom appear botanical, though they do abound with repeating motifs. But Griffa’s ethos highlights another connection that emerges throughout the exhibition. “I believe …” he wrote earlier this year, “that the arts, just like the sciences, are a pathway to knowledge – different in their methods and purposes, but it’s still all about knowledge.” The fissure between different brands of knowledge is one that has grown since the rise of modern science; not for nothing are many of the modern artists included in the exhibition figures who fell beyond the mainstream. The Botanical Mind, among other things, is an argument to restore and re-emphasise the shared features of disciplines.

Few figures from history embody a cross-disciplinary search for knowledge than the aforementioned Von Bingen, a significant presence across The Botanical Mind. Active for much of the 12th century, she juggled her duty as an abbess with a prolific career as the era’s greatest choral composer, a visionary theologist, a playwright, a herbalist, medical writer and natural historian, and the inventor of both an alternative alphabet and a secret language. Throughout her genre-spanning writings, she used the term “viriditas” (literally “greenness”) signifying a plant-like growth or fecundity, as a metaphor for physical, psychological and spiritual health.

A new digital commission from the British artist Adam Chodzko, O, You Happy Roots, Branch and Mediatrix (2020), comprises an algorithm that searches for Von Bingen’s secret letters in footage of undergrowth, itself a fusion of arts and technology. Each letter triggers a phrase from a choral piece, and when collected they are ordered together to spell out of the names of plants. “Chodzko has speculated that this secret language,” says the exhibition text, “might be received as a message to us now, or as a plan for the future.” And one of the most compelling aspects of The Botanical Mind is the timelessness of its concerns. Psychedelia from the 1960s is connected to Amazonian tribes, neo-Assyrian reliefs to Norse mythology and Jung’s fantastical drawings. Brought together by the Camden Art Centre, each is able to speak to the ecological concerns of the present day.