This is the second edition of the Berlin Art Prize, which was launched last year. The prize, which is set to continue annually, is unique in Berlin as the only award of its kind to support contemporary artists with exposure and also awards.

Selection of artists is based on an open call to all Berlin-based artists across all mediums. The announcement for entries was made in March 2014, with a quick turnover into selection and the exhibition in June. The fast pace of the competition and the wide range of categories and prizes are both important factors, matching the pace and variation of the Berlin art scene.

The prize is judged by a panel of independent art professionals, which this year included artist Cosima von Bonin, art critic Kimberly Bradley, artist and professor Judith Hopf, artist Egill Saebjörnsson and curator Nicolaus Schafhausen. The prize is judged blind by the jurors, who take into account only artistic ability, and not, for example, education or previous success. Three main categories of prize are intentionally simple and broad to encompass the widest interpretation in alignment with the art they represent, which should be approached with an open mind. Prizes include an original trophy designed by artist Markus Selg, which resembles a wooden African sculpture, award money, and a one-month residency in Tbilisi, Georgia in collaboration with the Goethe Institut. Located in the converted industrial warehouse that is Kühlhaus Berlin, the exhibition spans the fourth-floor space, with just enough room for the 28 nominated artists to show their submissions. Mediums from video, to ceramics and painting are displayed across the space, curated in a balanced group show of various dimensions and intrigue.

One work that attracted a crowd on the opening evening was Ulu Braun’s Forst (2013). This 10-minute, single-channel video collage was the winner of the prize for best composition, a prize focusing on visual components. The work is a narrative of layered footage, which unfolds in a forest setting. A race is taking place and runners, film crews, animals and children all take part, in a fuzzy bubble of motion that unravels like a lucid dream. Stolen frames from fantasylands are grafted into a new environment of saturated colours, and the experience is surreal and confusing.

Reeling in the opposite corner of the exhibition, another video work, Jonathan Rescigno’s Berlin Answering (2014), projects an unravelling documentation of Berlin’s U-Bhan system, offering a raw reality of the city in contrast to Braun’s work. Hoji Tsuchiya’s two animation films, The Singing Line (2013) and Black Long Skirt (2010) represent yet another side of video. The artist uses techniques with paper, ink, water, cutouts and photocopying in a highly skilled assemblage that plays out into a decorative and intricate narrative. Both of Tsuchiya’s films are brilliant constructions of people moving through their worlds, in short narratives with careful classical soundtracks. It’s an alternative representation of contemporary video, balancing the eclectic mix of video styles in the show.

The winner of the prize for best concept was Des Ptohograhpies with Roche 1-V (2012), a series of photographs of mouldy blocks of cheese with a marble-effect background. Colours clash aggressively and the juxtaposition of the two opposite materials (chalk and cheese) with the same veiny effect is witty. Winner of the jury’s choice prize was Okka-Esther Hungerbühler, with her sculpture Blume (2014), a clumsy object created from adhesive foil, newspaper, wood and acrylic, whose battery-operated flower opens up to the viewer as they walk by. Receiving an honourable mention, Daniel Hoflund presented a duo of frames; a mirror-mounted found object, which was a lined library-book page stamped with dates in coloured inks, titled Inside the Bell Jar(The Bell Jar) (2012), and a photograph of a library titled Inside the Bell Jar (Färjestadens Bibliotek) (2012). The works were a meaningful pair, well composed and presented. The third work of Hoflund’s was St Sebastian (2012), a montage of photographs of the rapper Tupac smoothly pasted directly onto the wall. The images came from posters and album covers, which were brought together under the theme of blue, the colour they all had in common.

Another photographic work of interest, images of sculpture by Benjamin de Burca and Barbara Wagner, Edifice Recife 2013 (inkjet print on cotton paper), documents and explores the artistic effects of a municipal law introduced in the 1960s in north-east Brazil, which made mandatory the placement of 3D sculpture outside the entrance of residential buildings. Comments by the porters and security guards of the buildings are placed beneath each photograph. They are always stationed nearby and are continuous observers of the artworks.

Between ambitious sculpture and installation, paintings punctuated the exhibition space. Bold works by Jenny Brosinski brought in abstract expressions of colour and text, including the oil on canvas Fehler (2012/13). A series of wooden door panels painted in coloured varnish, untitled (door_01) (2014) and untitled (door_02) by Jean-Baptiste Bouvet were effective and humorous, blurring the lines between painting and sculpture.

Sculptural work was also very varied; apart from Hungerbühler’s Blume (2014), there were Nico Ihlein’s glazed ceramics Untitled (vase 1-5) (2011-13), abstract mounds of ceramic, like clumps of headless 17th-century decorative Rococo dresses with frills and colours of lime green and pale pink, which won him an honourable mention. Ethan Hayes-Chute presented a compact wooden box shelf, full of odds and ends belonging to a fictional individual, including pinned small drawings, a pen pot and a tape.

An exciting element of the exhibition was how different each piece was, informed by separate and distinct parts of art history and the contemporary present. The work was experimental and vibrant, in line with the current mood of Berlin and, as well as offering the competition awards and exhibition exposure for the artists involved, the Berlin Art Prize is successful in presenting a survey of artists early in their careers. The show is a useful gauge for arts practitioners and art lovers alike in capturing a moment in contemporary art history and forecasting future developments in the emerging contemporary art scene in Berlin. 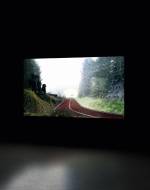 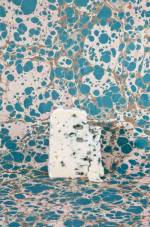 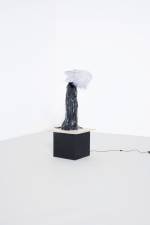 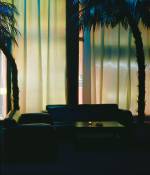 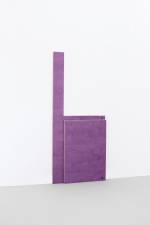 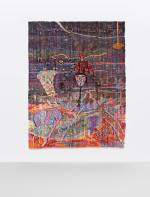 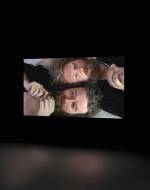