The American Dream: Pop to the Present

The American Dream: Pop to the Present

This exhibition pops and sparks, but ultimately goes out with a disappointing fizzle, leaving us to wonder what happened to the American dream 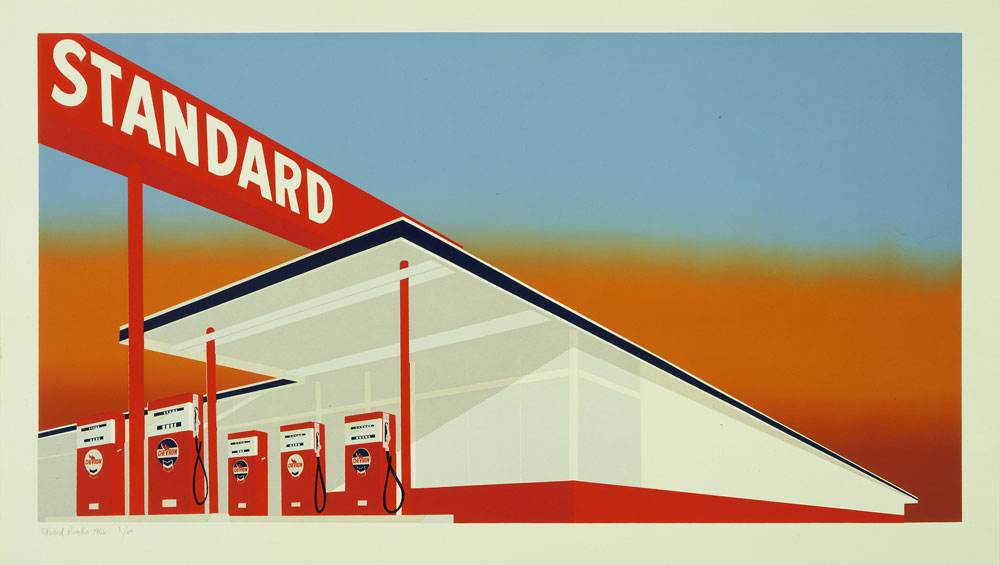 Brexit aside, this year in London it’s all about America. In a winter sound-tracked by protests against Donald Trump’s anti-women, anti-immigration, anti-Muslim rhetoric (just wait until the state visit), we have been treated to Robert Rauschenberg at Tate Modern and America After the Fall at the Royal Academy. Now the British Museum is getting in on the act, although the curator calmly informed us that The American Dream: Pop to the Present was planned long before the candidates of the last presidential election were announced. God forbid that anyone should accuse the museum of drawing parallels.

This exhibition announces itself in neon and then slaps us in the face with Claes Oldenburg’s bombastic constructions (look up, there’s a giant plug above your head) and Andy Warhol’s gaudy Marilyn Monroes. On the wall opposite hangs Warhol’s 10 coloured screenprints of an electric chair, the last smeared with red, reminding us of the violence of execution and warning us, perhaps, against becoming desensitised by repetition. Rauschenberg’s prints are here, too, bringing playful optimism to the mix. Sky Garden (1969) depicts the Saturn V’s launch for Apollo 11 from the Kennedy Space Center in Florida (the first mission to land astronauts on the moon) More than two metres tall, it is an ambitious mix of lithography and screenprinting, and incorporates images of the rocket and the surrounding marshes, a celebration of the power of human endeavour and the nature it has sprung from.

Then the satire and fun temporarily hits an uninspiring minimalist wall of nearly blank pages. But this room of apologetic images is short lived and we are launched into the mire of gender politics, surveillance, Aids and race. Warhol, again, pokes fun at the establishment with his infamous screenprint Vote McGovern (1972), which sees Richard Nixon dressed in pink, glowering up with demonic yellow eyes. Although this campaign poster didn’t succeed in preventing Nixon’s re-election, Warhol believed that the administration punished him [Warhol] for the insult by continuously scrutinising his tax records.

Humour creeps in with the Guerrilla Girls, who astutely highlight the inequalities of the art world, inequalities we are still living with today. The Advantages of Being a Woman Artist (1988), a drily sarcastic lithographic list, includes, “Working without the pressure of success” and “Not having to undergo the embarrassment of being called a genius”. May Stevens pulls no punches either. Her screenprint Big Daddy With Hats (1971) presents us with a naked middle-aged man, a figure based on a photograph of her father, doughy, absurd, smug and patriotic. A bulldog sporting the stars and stripes sits on his lap, with its tongue lolling. Drawing on the idea of a child’s paper doll, you can pick his headwear, an executioner’s mask, a Ku Klux Klan hood, or maybe a policeman’s hat.

Race and gender politics converge in Kara Walker’s cleverly subversive work. Addressing African American history with cutouts, prints and painting, she produces works that explore the power struggles and brutality of race relations. Her images often focus on the sexual exploitation inflicted on slaves by their masters. Her exquisite print No World (2010) depicts a slave ship held aloft by a pair of God-like black hands. In the sea beneath, a woman’s body sinks to the bottom, another life lost on a slave ship to America. On land, a plantation waits for the survivors.

The last room, Signs of the Times, is disappointing. The present, it would seem, is a desolate place. Mel Bochner’s aquatints I’ve Had it Up to Here (2012) and the pessimistically titled It Doesn’t Get Any Better Than This (2013), seem less like prints than smeared messages on the wall of a public toilet. And his three-dimensional monoprint Going Out of Business (2012) displays common slogans that populated shop fronts after the financial crash of 2008. Ed Ruscha – that pop art giant, whose witty texts poked fun at life on the west coast – seems to have lost his satirical edge. Dead End 2 (2014) and Cash for Tools 2 (2014) are embossed prints made from rusty road signs that could have been lifted straight from a small town during the Great Depression.

If America After the Fall painted the American dream as a fragile, elusive hope, then this exhibition makes it seem as though it were once a robust possibility. But the second half of the 20th century also saw dark times as well fantastic triumphs. The American dream was – and is – about possibilities, sometimes realised, but often squandered, but ultimately things have never been easy. The past 50 years has seen Watergate, assassinations, race riots and racially motivated murders, Aids and the resultant stigma, the cold war, the Vietnam war, homophobia and sexism, among other traumas. But what art did about it, how it reacted to these tragedies, is the difference it would seem, between then and now. In pop art, protest art and parody there was hope and innovation, so where has it all gone? 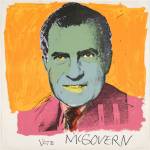 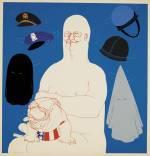 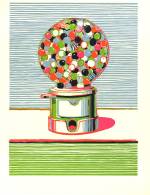