Presenting Roy Lichtenstein, Sigmar Polke and Gerald Laing in dialogue with each other within the context of their pop-inspired pointillism, Source and Stimulus is a vibrant study of the origin of the Ben-Day dot in fine art 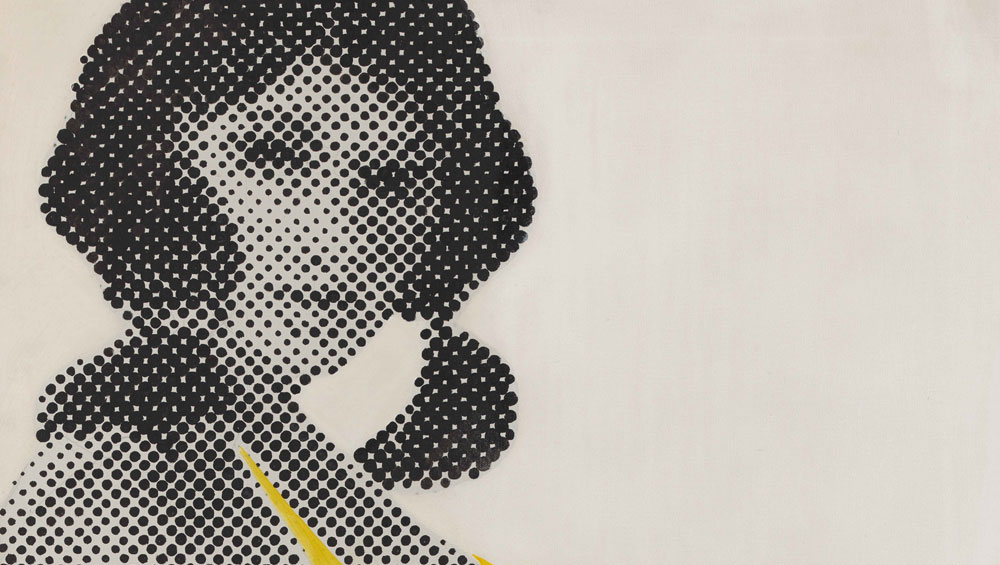 The Ben-Day dot was the pixel of the pre-digital age, a critical innovation that sparked a new era of visual mass media. Invented in 1879 by Benjamin Day, an American illustrator and printer, the Ben-Day dot enabled publishers to reproduce images cheaply by breaking them down into arrays of small dots of uniform size and distance from each other. By the 1960s, society was saturated with these little dots, which were used widely in newspapers, magazines, comic books and anywhere else where imagery had to be reproduced at scale. In hindsight, it is hardly surprising that this technique of making pictures would become a point of fascination for the pop art movement. Now, the Lévy Gorvy gallery celebrates the Ben-Day dot with Source and Stimulus, an unusual chance to see works from Roy Lichtenstein (US, 1923-97), Sigmar Polke (East Germany, 1941 – 2010) and Gerald Laing (UK, 1936 – 2011) presented in dialogue with each other within the context of their pop-inspired pointillism.

Lichtenstein was the first to see the Ben-Day dot’s potential for artistic representation, experimenting with its visual language in works such as Look Mickey, Girl with Ball and Cup of Coffee (all 1961). Like Polke and Laing, Lichtenstein used newspapers, advertisements, comic books and other mass media ephemera as source material, often blowing the images up to large proportions, but otherwise changing little other than tweaking the colour palette. In doing so, he toys with our perceptions of what “serious art” could or should be about. 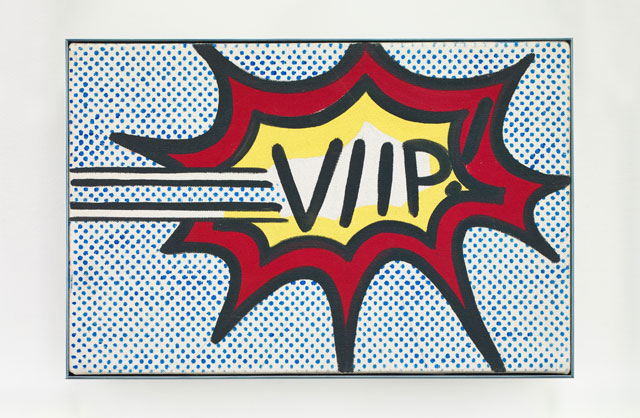 On show at Lévy Gorvy is a modest selection of Lichtenstein’s work from the 60s and beyond, which nonetheless gives a broad overview of his technical use of the Ben-Day dot, as well as hinting at many of the thematic touchstones of his career. VIIP! (1962) is a small canvas bursting with comic book-style onomatopoeic energy, while Little Aloha (1962) presents us with a portrait of a woman seductively pulling her hair back to reveal the delicate features of a classic all-American beauty. Pride of place is given to the privately owned and rarely shown Frightened Girl (1964), a pouting blond woman whose idealised features are embellished with only the smallest curvature of the eyebrow and a modest tear. 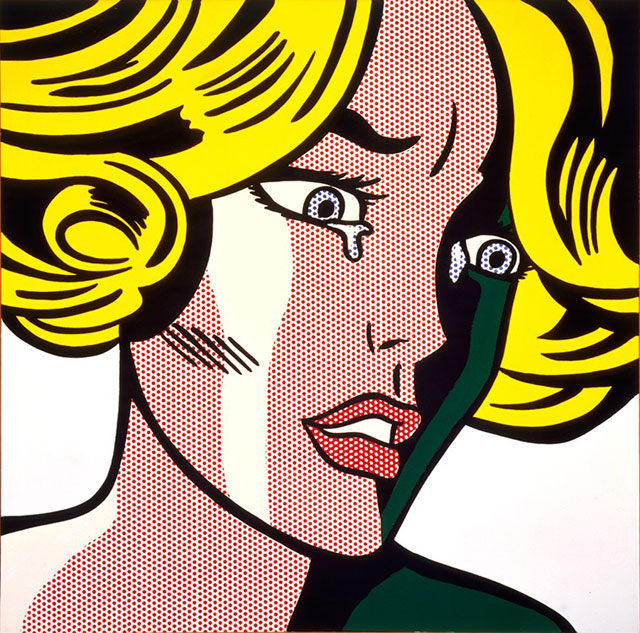 Lichtenstein accents his compositions with solid blocks of light and shadow, giving his paintings a clean, laminated aura. Laing’s output is quite different: his seductive starlets were painted by hand with halftone dots, which vary in size – unlike the Ben-Day dots – to create smooth gradients. 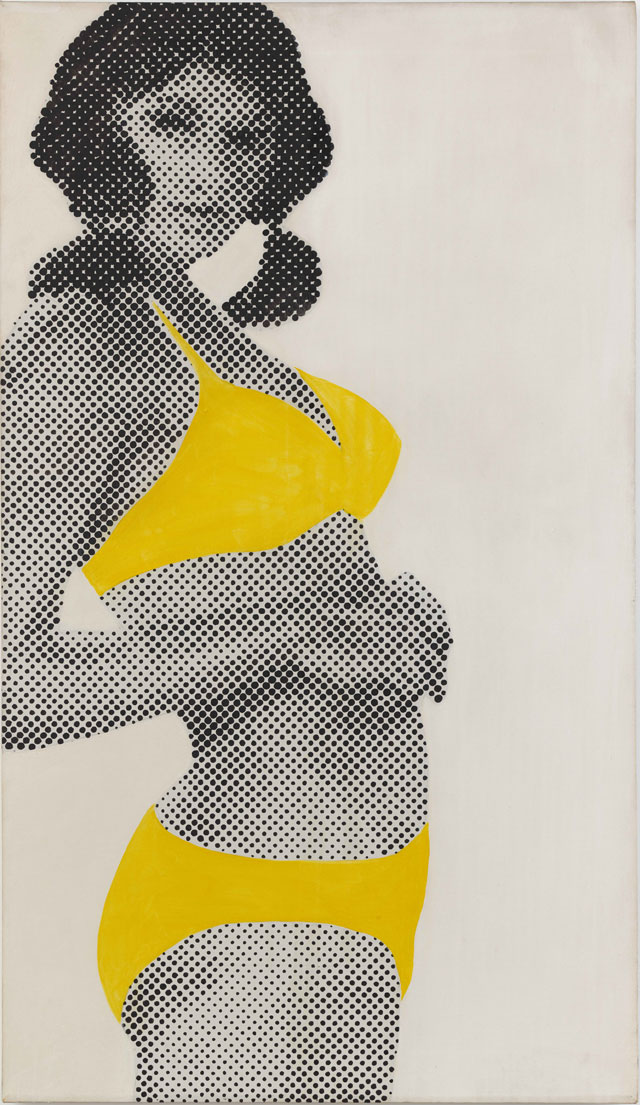 Laing’s women appear less synthetic than Lichtenstein’s and their photographic source material is more apparent, which can make their cartoonishly pouting or surprised faces jarring. After studying at Saint Martin’s School of Art in London, Laing lived in New York for several years, befriending Lichtenstein and Andy Warhol, and he clearly shared with his pop contemporaries that tendency to lean on masculine and feminine archetypes: the prancing bikini girl versus the racing-car driver engulfed in the smoke of his own roaring motor.

The use of the Ben-Day (or halftone) dot often serves to place any claims of female objectification at a semi-ironic distance: these works occupy an indeterminate middle ground between the abstraction of the dot field and the figurative image they blend to represent, diffusing the overt sexualisation of the source material, which is represented within two cases in the exhibition. This manner of painting both idealises and sanitises the images, calling our attention towards the ways in which these faces, poses and gender expectations are propagated and reproduced in society. Although, it must be said, the degree to which these artworks are engaged in celebration, documentation or critique often remains unclear. 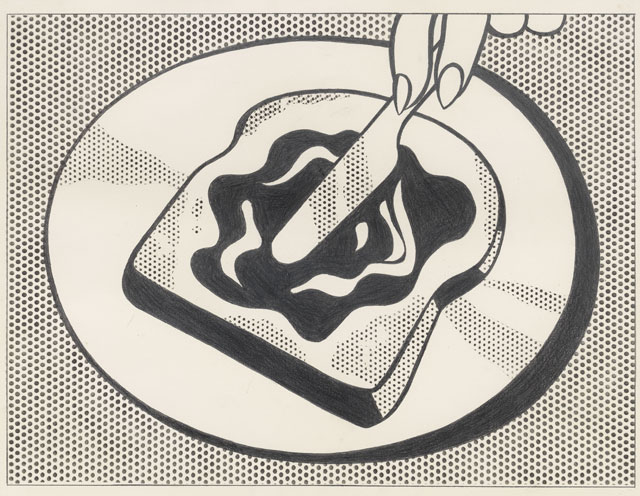 Polke, meanwhile, took the dot in a different direction. While studying at the Kunstakademie Düsseldorf, he founded the Kapitalistischer Realismus (Capitalist Realism) movement, alongside Gerhard Richter, which infused pop art’s irreverent appropriation of capitalist visual media with a harder edge of criticism born, in part, from the rapid changes German society was undergoing at the time. In contrast to Lichtenstein’s use of stencils, Polke initially created his works by simply dipping a pencil eraser in paint and stamping dots on to the support. Like Laing, Polke frequently used halftone dots rather than Ben-Day. Polke’s eschewing of mechanical aids in his painting lends a strange tension to his small, unsettlingly low-resolution pictures of a doll on a bed or a packed beach: the pictures strive to be adequate reproductions of machine-generated images while simultaneously bearing the signs of manual labour and human fallibility. 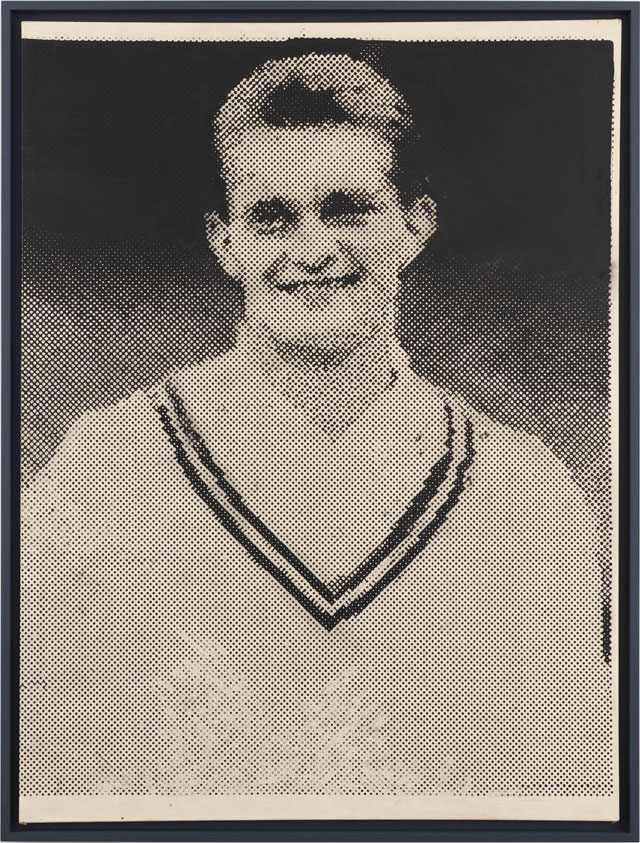 What is impressive about the Polke works on show here is the variety. While Laing and Lichtenstein share many traits – bold blocky colours, a restricted palette and a preoccupation with the visual cliches of western culture, Polke is shown striking out along many different avenues. Freundinnen (Girlfriends) (1965/1966), the centrepiece of recent major Polke retrospectives at the Tate Modern and Museum of Modern Art, New York, is a sumptuously intricate latticework of overlapping red, blue, yellow and green dots, which create a rich colour field buzzing with energy. By contrast Frau mit Butterbrot (Woman with Buttered Bread) (1964) and Tennisspieler (Tennis Player) (1964), facing each other across the second gallery, are austere and exacting monotone reproductions of their photographic originals, despite the seemingly mindless grins of their subjects. Elsewhere, Polke experiments with spray paint and collage to striking effect. 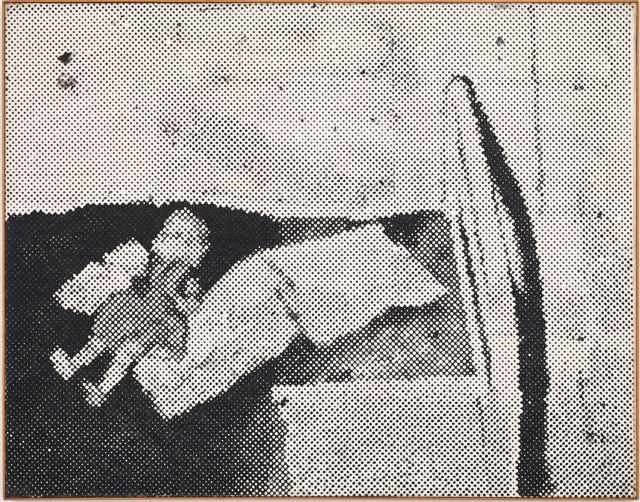 The majority of the works on show at Source and Stimulus date to the 60s, so what happened next for Lichtenstein, Laing and Polke? Lichtenstein never quite left the Ben-Day dot, and his career would come to be defined by his use of it. In 1965, Laing made a dramatic shift to figurative sculpture, and endured decades of relative obscurity before returning to his pop origins towards the end of his life, with subjects ranging from Amy Winehouse to Abu Ghraib. Polke continued to experiment tirelessly with new techniques, including photography, glass painting and printmaking, frequently employing his “Polke dots”, as he called them, but by no means tied to them. Source and Stimulus is a vibrant study of the Ben-Day dot’s origins within fine art: while all three artists shared superficial formal similarities for a few short years, they ultimately took their practices in very different directions. 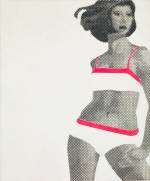