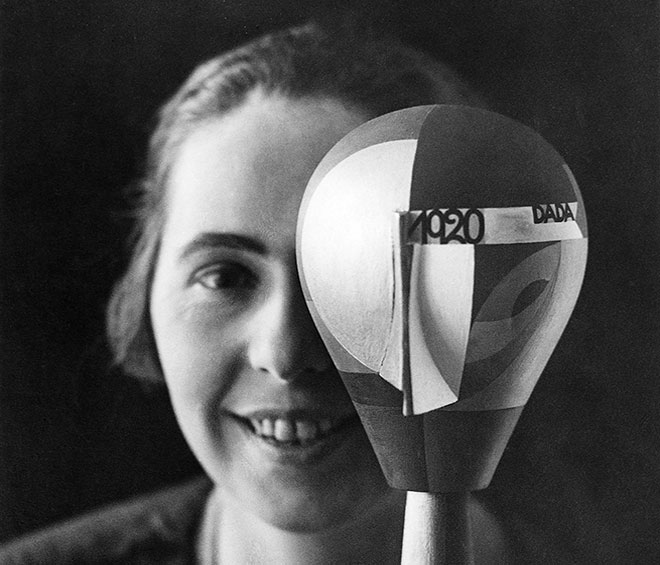 Whether through dance, exercise, or the simple pleasure of moving from one point to another, the joy of movement has seldom been as apparent as during the Covid-19 pandemic. It was in this context, at the end of May, that the international art gallery Hauser & Wirth announced representation of the estate of Swiss artist, dancer, architect and costume and interior designer Sophie Taeuber-Arp (1889-1943), one of the 20th century’s great artistic polymaths. The announcement was followed by an online exhibition. 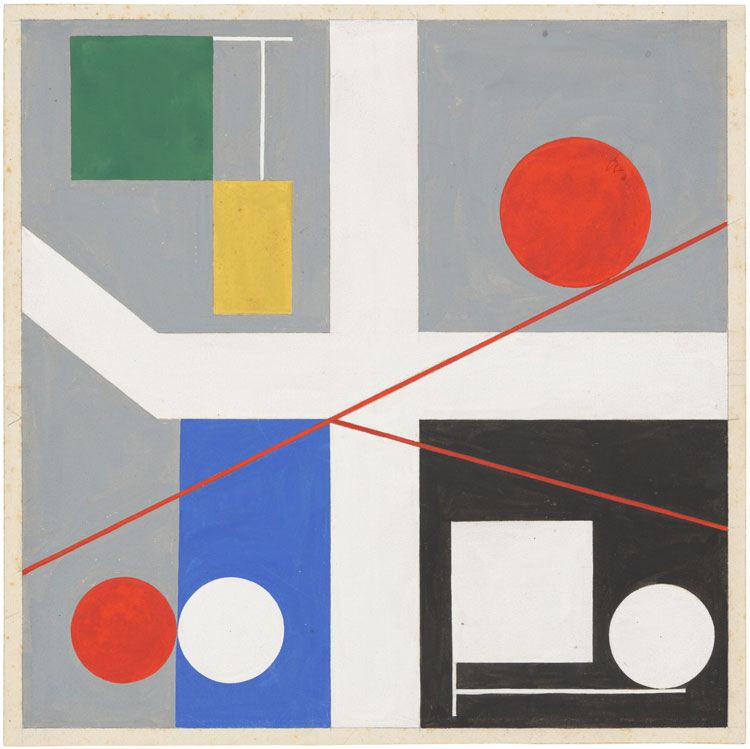 There can be few artists so devoted to the delights of moving about. Born Sophie Henriette Gertrud Taeuber in Davos, her adult life saw her spend periods in St Gallen, Zürich and Ascona in her home country, in the German cities of Munich and Hamburg, and in France in Strasbourg, Paris and Grasse, not always by choice. A pioneer of geometric abstraction contemporaneous to Wassily Kandinsky and Kazimir Malevich, she imbued gouaches, oil paintings, sculptures and wooden reliefs with her kinetic spark. Mediating between different manifestations of modernism, Taeuber-Arp was – along with her husband Hans Arp, known as Jean – part of the connective tissue of the European avant garde.

Taeuber-Arp’s remarkable energy was visible from the start. She spent 10 years as a student in several of the most pioneering schools of the day, including Wilhelm von Debschitz’s painting and interior design workshop in Munich and Rudolf von Laban’s dance school in Zürich. The most famous image we have of her, from 1916, shows her midway through a dadaist dance at the Cabaret Voltaire. She is wrapped up in an absurdist costume, her hands sheathed in gloves and her face concealed behind a Marcel Janco-designed mask. Sophie Taeuber, as she was then known, was dancing to a recitation of Hugo Ball’s poetry. Her act was just as much a pillar of dada as Janco’s designs and Ball’s words, albeit one that lacked their concrete, recorded form. This moment stands as a spectral forerunner of performance art. 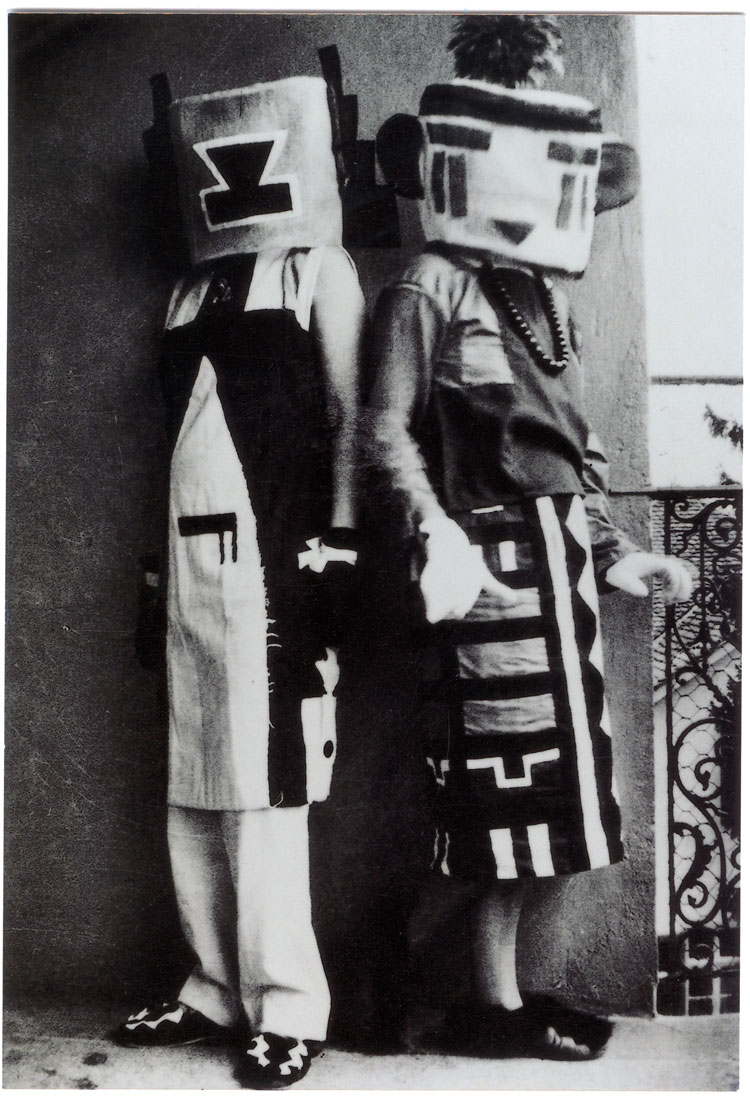 Taeuber died, aged 52, from carbon monoxide poisoning caused by a faulty gas stove in Zürich. Unusually among her female contemporaries, Taeuber-Arp’s fame grew rather than dissipated after her death, in no small part due to the labours of Arp, who commissioned recreations of some of her pieces to spread awareness of her work. By 1955, she was selected for the first Documenta, a defining exhibition in the formation of a modernist canon, and in 1981 she was granted a Museum of Modern Art (MoMA) retrospective. In her native Switzerland, she has appeared on a banknote. Another major retrospective is set to open in March next year at the Kunstmuseum Basel, before travelling to Tate Modern in London and MoMA in New York. 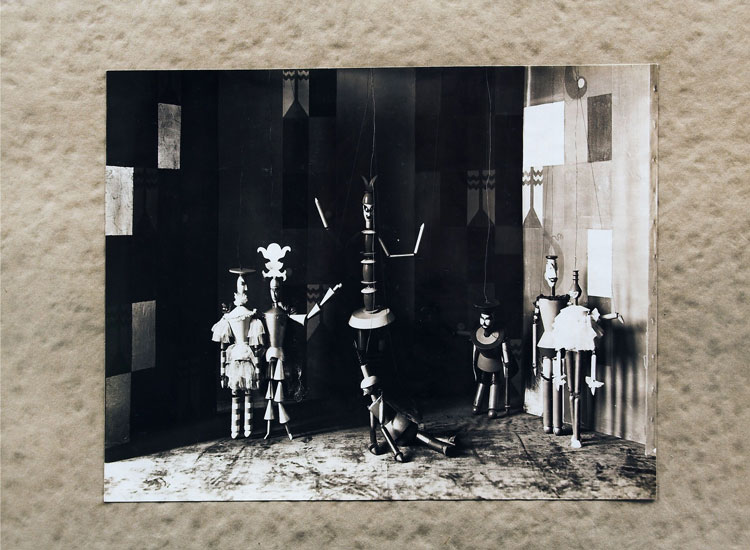 Nevertheless, Taeuber-Arp has often been represented as a tributary to the great river of modernism, rather than part of the central flow. The formal variety of her work, some of which has been lost, has counted against her. Hauser & Wirth’s online introduction gracefully ties it all together, proceeding along largely chronological lines. The 30 pieces on display hit on many aspects of her multidisciplinary practice and include images of some of her best-known pieces, as well as some of her most eccentric. Among the latter are a trio of puppets for a dadaist burlesque of the commedia dell’arte play King Stag (1918), a set of ingeniously bizarre wooden constructions with deliberately visible metal joints. The king himself has a golden headpiece decorated with the necks of two birds, tribally inspired face markings and a body of repeating conical units. To represent a troop of guards as a single unit, Taeuber-Arp crafted a spear-brandishing figure with five heads, legs and arms.

These works, like so many pieces by Taeuber-Arp and her husband, have a sense of joy that stands in marked contrast to the angrier antiwar outpourings of their dadaist contemporaries. Even in the darkest times, the couple found happiness in the act of creation. Figures (1926), an embroidered panel, has abstracted, conical humanoid forms not dissimilar from those in Malevich’s later Girls in the Field (1932). But whereas Malevich’s peasants were faceless daughters of dehumanising toil, Taeuber-Arp’s stripped-down people seem distinct, living, curious beings. 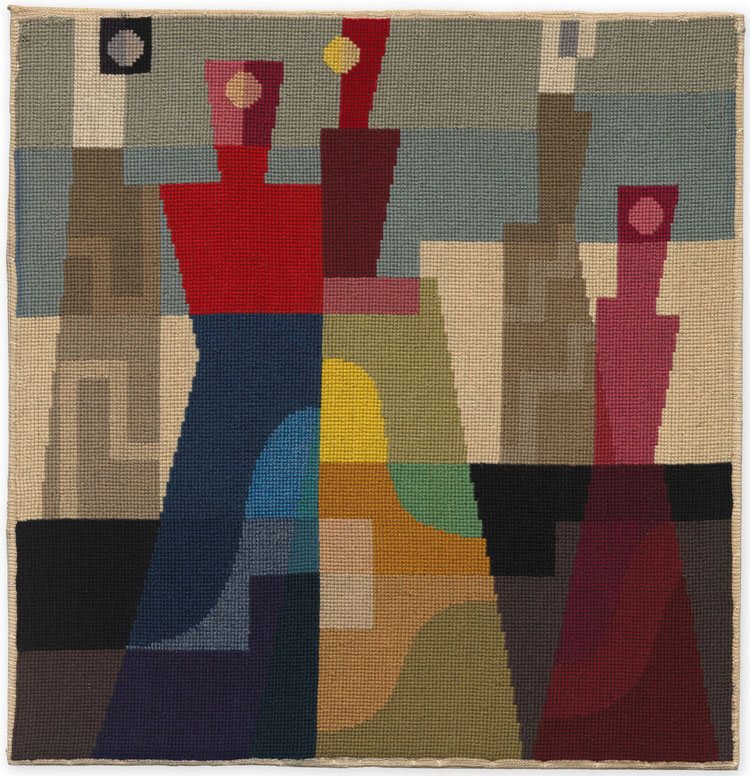 Taeuber-Arp strove to make everything beautiful. At a time when the applied arts were considered a lesser pursuit, she was happy to do away with the old hierarchies. “The desire to enrich and beautify things,” she said in 1927, “cannot be interpreted materialistically, that is, in the sense of increasing their value as possessions; rather, it stems from the instinct for perfection and the creative act.”  A cotton pompadour bag, from c1920, has patterns similar to those of her paintings and drawings. Textile works such as Composition With Squares, Circle, Rectangles, Triangles (1918) use embroidery and weaving techniques to create geometric abstractions just as vibrant as those made with paint. 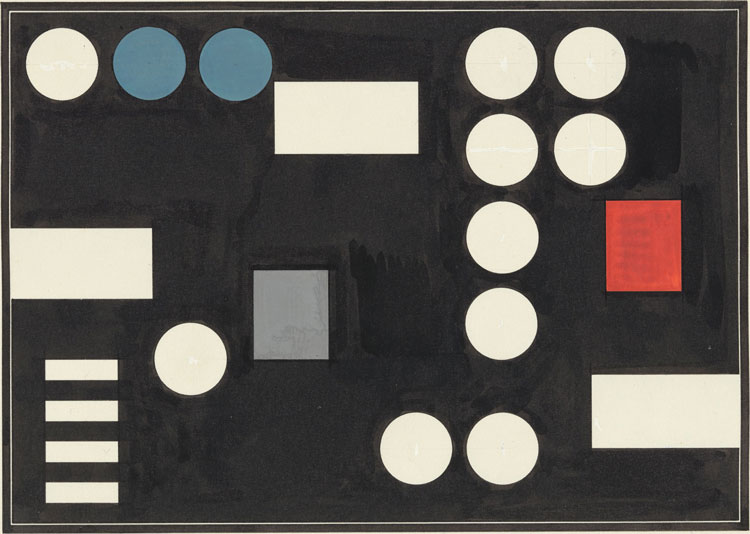 Some of the most pleasurable moments here come in seeing Taeuber-Arp’s most typical abstracts, which have a distinctive rhythmic bent and sense of flowing freedom. The grids she used to construct her work are seldom visible, or even perceptible. One Vertical-Horizontal Composition (1916) on paper, for instance, feels like a moment caught from a dance, with numerous quadrilateral units of different sizes and colours appearing to move up and down before your eyes. A later gouache, Four Spaces With Red Rolling Circles (1932), has its ball-like spheres appearing to be poised on the verge of motion. Playfulness, sportiveness and flexibility: these qualities are never far from Taeuber-Arp’s practice. 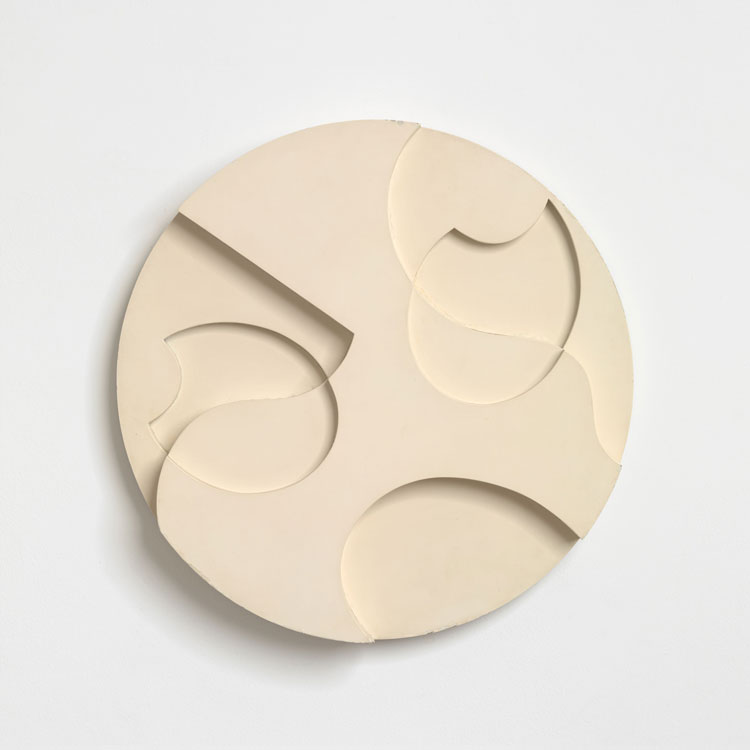 One of the clearest legacies of the artist’s training in design is her recurrent use of wood as a medium, most famously in the series of Tête Dada (1918-20) sculptures resembling hat stands. In the 1930s, she settled for a time on the wooden relief as her primary medium, and the circle as her preferred form. Rectangular Relief with Cutout Rectangles, Applied Rectangles and Rising Cylinders (1936) has some 1919 circular nodules in white, green, red and blue, protruding from the straight lines of their background as if possessed of a higher level of life. Soon after, she began creating circular reliefs. Flight (1937) folds five coloured forms into a compact sphere, with deceptively complex choreography. Produced the same year as her close friend Sonia Delaunay’s huge Propeller (Air Pavilion), it expresses that era’s thrill of aviation through intimation rather than direct representation.

In the final years of her work, Taeuber-Arp embraced the line. “In a flower,” she said, “in a beetle, every line, every form, every colour has arisen from a deep necessity.” Lines of Summer (1942), a standout in the online exhibition, is the apotheosis of this: aqueous shapes, in crisp colours, frolic around a tangle of lines. The seeds of this late work were visible early on: Elementary Forms in a Vertical-Horizontal Composition (1917), for instance, sees similarly lopsided forms begin to jive. But it was here that they moved in step. Taeuber-Arp’s sudden death the year after Lines of Summer is far from the most grisly of that wretched era. But in depriving us of what might have come next, it assumes the dimensions of a tragedy. 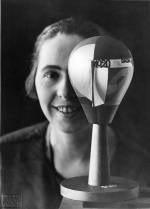 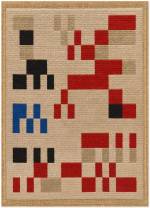