Sleepless: The Bed in History and Contemporary Art

Sleepless: The Bed in History and Contemporary Art

This tightly curated and fascinating exhibition brings together nearly 200 pieces featuring beds used in birth, sex, illness and death, from a first-century advert for a brothel in Pompeii to a Tracey Emin four-poster

Seeing that the 21er Haus, Vienna, was putting on an exhibition about the bed in history and contemporary art, thoughts immediately arose of Tracey Emin’s notorious My Bed (1998), but since that is currently on display as part of a BP Spotlight at Tate Britain, London, I was curious as to who else might have used this familiar and everyday motif in their work. Pretty much everyone, it seems. This tightly curated and fascinating exhibition brings together nearly 200 pieces, from an erotic fresco from Pompeii in the first century AD, displayed in front of a brothel, to, indeed, another of Tracey Emin’s beds (To Meet My Past, 2002), quite different from her previously Saatchi-owned exemplar, a beautifully appliqued and embroidered four-poster bed, remembering herself as a little girl, afraid of the dark.

The exhibition is broken down thematically, beginning with birth and moving through love, loneliness, illness, death, violence, politics, myth and the anthropomorphic. Each section is introduced by an informative and contextualising information board, and then the works are left to speak for themselves, opening up cross-cultural, cross-temporal and cross-spatial conversations.

The exhibition begins with a tall stack of rusting hospital beds by Anselm Kiefer (Heaven’s Cliff, 2011/12), marked up with slate and chalk labels with crude deathly and sexual omens. This installation succinctly summarises the concept of the bed as a place of birth, loving, illness and death – as representative of the full cycle of life. In the background, a strange, hoarse soundtrack repeats itself. This turns out to be part of Geburtenbett (1980) by Valie Export, comprising a large rusty bed, with an old TV monitor where the pillow should be, playing, on a loop, a recording of the transubstantiation from a Catholic mass. A pair of severed fibreglass reinforced synthetic resin legs “give birth” all the while to a stream of red neon. The (familiar to many) words are distorted and the unsettling angles echo those of Robert Gober’s Pitched Crib (1987) across the room, conjuring up the dissociative feelings common with any great experience of pain.

While the birth section might seem dark and harrowing, the death section has somewhat more light to it. Facing you as you enter is Damien Hirst’s The Startling Effects of Mesmerism on a Dying Man (2008), in which the artist references the theories of the German physician Franz Anton Mesmer, a pioneer of popular 18th-century parapsychology. A bright red spin painting hangs behind a bed, likewise splattered, with a skull lit from within by red fairy lights, a crow on the bedhead and a teddy bear. An 18th-century painting by Caspar Franz Sambach, The Death of Saint Joseph (Study for the Altarpiece in the Church of Sloup near Brno) (c1751/54), which hangs next to it, mirrors Hirst’s skeletal phosphorescence with a flurry of angels and cupids above the dying saint’s bed.

Illness is represented by Douglas Gordon’s two-screen film Hysterical (1995), a number of documentary photographs by Cecil Beaton and Walter Pichler, and some illustrations of Red Cross training and a military hospital ward during the first world war. Juergen Teller – the one artist of whom I’d like to have seen less of a presence – also crops up here with a photograph of Cerith Wyn Evans in a white bed, surrounded by a colourful explosion of balloons (Cerith, Suffolk, 2011).

Homages appear to both Marcel Duchamp (Apolinere reEnameled, 2014, by Michael Craig-Martin, displayed alongside the original, Apolinère Enameled, 1916/17) and Edward Hopper (Summer in the City, after Edward Hopper (Pictures of Magazines 2), 2011, by Vik Muniz). The latter, of a woman sitting on the edge of a bed, reflects compositionally, if not emotionally, in the Bettina Rheims hanging opposite: Madonna laughing and holding her breasts, New York, September 1994.

There is no shortage of acknowledgements that this show is taking place in Austria: from the historical pieces and the Valie Export, to Gustav Klimt, Egon Schiele and a couple of Franz Wests. Birgit Jürgenssen makes an amusing contribution with her 1974 Bettschuhe (Bed Shoes) and 1973 Matratzenschuhe (Mattress Shoes) and the Viennese actionists – Hermann Nitsch, Otto Muehl and Ludwig Hoffenreich – make a bloody offering with their 3rd Action, Festival of Psycho-Physical Naturalism (1963), a photograph of a man on a bed soaked in blood, innards and entrails, with bloodied bedclothes and blood sprayed up the walls, looking to all intents and purposes like a massacre crime scene. This aggressive action was ended prematurely when the police intervened, charges were pressed, and Nitsch and Muehl were each sentenced to two weeks in prison.

The violence of the Actionists is met art historically by Max Liebermann’s Samson and Delilah (1902) and Artemisia Gentileschi’s comparably gruesome Judith Beheading Holofernes (1614-1620), hanging in the same side gallery. In the centre are three bed frames wrapped in fabric, Untitled (2006) by Jannis Kounellis, painted red as if soaked through with blood. This is an uncomfortable and somewhat nauseating corner of the show.

Continuing this theme of crime, violence and punishment are four photographs by Lucinda Devlin, depicting the lethal injection chamber at the Nevada State Prison (from 1991), and then, towards the exit, various political pieces, such as Michelangelo Pistoletto’s Hunger (1988) and Mona Hatoum’s cheesegrater-like Dormiente (2008), raise questions about modern society’s distortion of the bed as a one time place of sanctuary and rest.

We usually associate the bed with sleep, but, as curator Mario Codognato reminds us, from time immemorial it has served as a stage set for a multitude of purposes. This exhibition shows – in surprising detail – the development of the bed’s depiction: from a background object in a painting to an independent item, fit for installation, just as it is, in a gallery. Cue Emin’s shocker in 1998. But that is also now history, as both her more recent and mature piece here, and the many other more recent works on display testify. The bed: a place where, over a lifetime, we spend an average of 227,468 hours (that’s 26 years) tucked up and sound asleep.1 A natural focus, it seems, for artistic creation.

Reference
1. Organisation for Economic Co-operation and Development, reported in Fascinating facts about how we spend the days of our lives, Mirror online, 6 August 2009. 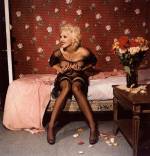 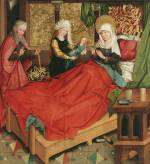 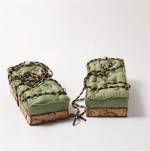 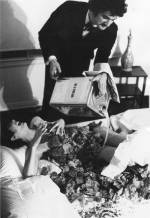 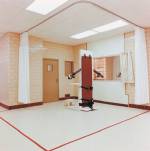