In 2005, two events coincided to provide us with the best opportunity to assess Walter Sickert's stature since his death, at the age of 82, in 1942. The first was the publication of a superb biography by Matthew Sturgis,1 and the second, the remarkable exhibition 'Degas, Sickert and Toulouse-Lautrec: London and Paris 1870-1910', currently at Tate Britain until 15 January 2006. I would urge anyone with an interest in British or Continental art in the late 19th or 20th centuries not to miss either. Reading the biography before, or in conjunction with the exhibition is likely to provide unprecedented insights into the history of Sickert and his milieu. 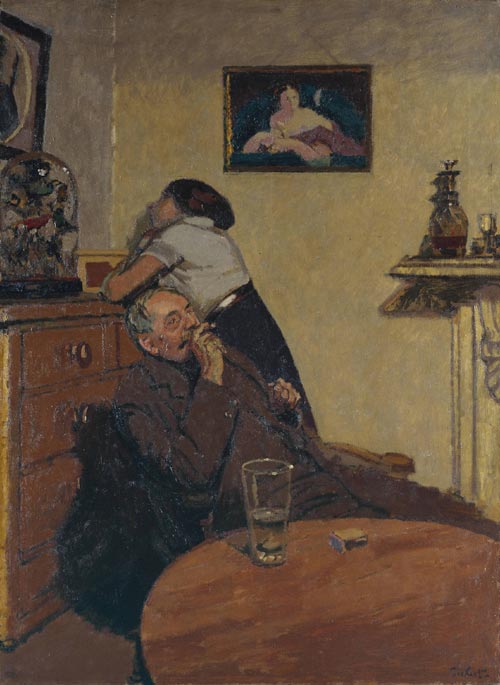 Through his painting, teaching and writing, Sickert was one of the principal conduits of Impressionist ideas and practices into British art. He was, however, much more than a conduit: he stands as a figure of enormous independent significance who would bear comparison with any of his French contemporaries. What he got from Impressionism, particularly through his close friendship with Edgar Degas, was the notion that the acts of drawing and painting were always inherently processes of discovery, often accompanied by surprise or visual shock.

However, there are important respects in which Sickert diverged from, and added to, the central concepts of French Impressionism. The most striking, which emerges clearly from the Tate exhibition, is his penchant for what he called the 'literary' or the 'anecdotic'. Many of Sickert's paintings tell stories. These stories are not tidy narratives with a beginning and an end; and they are not stories that every spectator could agree upon, as one might the story of a fable or a novel. His paintings, and their titles, often offer ambiguous hints, and ask troubling questions: What are these people doing? How do they relate to one another? What has happened? What is about to happen? When we read a novel, each individual reader forms a personal mind-picture of the scenes and events described. We accept that no two of these mind-pictures will be exactly the same, although, in most cases, they will be relatively shadowy and indeterminate. Sickert reverses this process by giving us a picture that evokes a similarly shadowy mind-narrative, in which each spectator's personal account might be different.

It was the indiscriminate use of narrative and anecdotal content, particularly for moralistic or sentimental purposes, which led to the decay and destruction of painterly values in much 19th-century painting. However, Sickert was never apologetic for his commitment to anecdotic content, even going so far as to claim that it was the hallmark of all good painting. This helps to explain his profound respect for the great illustrators of the period, in particular the master draughtsman and cartoonist, Charles Keene. It also reminds us that Sickert's father was a prolific artist for illustrated papers: at the time of his birth in Munich his father was working for Fliegende Blätter, and Sickert was brought up in a milieu in which the telling of stories through pictures was a constant source of interest and discussion. 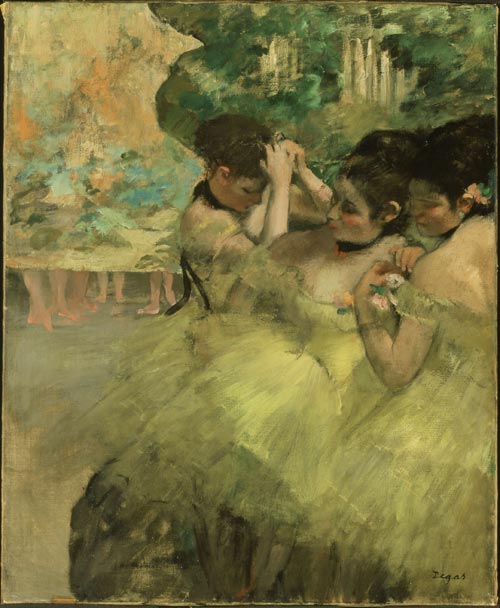 His persistent commitment to narrative values distances Sickert from the main stream of Impressionism. Even his close friend and ally, Edgar Degas, whom he dubbed the greatest living painter, moved resolutely away from any kind of anecdotal or narrative implication in his work. Degas' models are predominantly involved in unambiguous activities and functions - bathing, drying, carrying a cup or practising a ballet position. Degas' early painting 'Interior (the Rape)', which shows a bedroom with a clothed man watching a crouching, half-clothed woman in a position that hints at imminent sexual violence, is of special interest because it is so untypical of his mature work.

The narratives that are hinted at in Sickert's paintings are never clearly defined, and never moralistic. The creaking iron bedstead, the glimpse of a chamber pot, the grubby unmade bed, the naked (rather than 'nude') model thrown back in a pose that could suggest sexual abandon or fear, the clothed man, set up a framework of narrative possibilities that we are left to complete. Sickert's notorious Camden Town beds evoked the same shock from his public as was caused by Tracey Emin's unmade bed, and for much the same reasons: they challenged the boundary of artistic decency, and what could be shown as an art work in an art gallery.

The notion that a painting could - or should - have mental connotations far beyond the shapes, forms and colours that constitute the physical artefact ran counter to the emerging doctrine of what Venturi called 'pure visibility'. The essence of this doctrine is that all you can, or should, get out of a painting is confined to the character and quality of its material nature as an object: an arrangement of shapes and colours on a surface. A painting might suggest a narrative, point up a moral or remind us of things seen, but these functions are always secondary to its existence as an abstract thing; they add nothing to its value as a painting, and might well detract from it.

The clearest expression of this doctrine in Britain came from the teachings of Roger Fry, and its best-known literary exposition came from his associate, the philosopher, Clive Bell, and the concept of 'significant form'. Much of the art of the 20th century, from Cezanne onwards, was directed and dominated by this notion, turning artists away from the depictive functions of art in favour of the purely formal. It led, in many cases, to artistic cul-de-sacs, which, in retrospect, look arid and sterile.

Another respect in which Sickert diverged from and enriched the central concept of Impressionism, is his use of colour. A commonly held feature of French Impressionism and Post-impressionism was the systematic shift towards more saturated colours and higher keys. We see the apotheosis of this tendency in the frenetic late work of Van Gogh, and it continued on into the 20th century in the work of the Fauves and Matisse. This tendency was not universal: Degas once famously said that to make a colourful picture you only need one colour, and many of his paintings exemplify this principle - paintings in which harmonies of grey, buff and brown can be brought to vibrant life by one touch of pink or pale blue.

Sickert, however, drove the tonal scale much lower than any of his contemporaries. Many of his canvases consist of low-keyed areas of dark green, maroon and grey in which detail is lost and irrelevant. This overall deep tonality is suddenly brought to life by a lightning-flash of gold or pink flesh.

In adopting this tonal scale, Sickert gave Impressionism a northern inflection. It evoked the visual reality of his favourite locations, in particular North London. Sickert became the visual poet of late Victorian and Edwardian London, and his vision of stucco terraces bathed in watery, raking light, of crepuscular rooms with back-lit models, recorded a vision of reality that still informs the way we see today.

Sturgis' monumental biography serves to explode many of the myths about painters in general and Sickert in particular. One is the popular notion of the painter as a kind of inarticulate bonehead who happens to be good with his hands. In Sickert's case, we are dealing with a man who had the intellect and perseverance to have succeeded in several professions. His early experience as an actor gave him a taste for literature and an understanding of human motivation, without which his painting would have been less rich in allusion. His voluminous output as an author and art journalist, now available in an impressive volume from the Oxford University Press,2 demonstrates a command over language that would have justified a career as a writer.

There are many aspects of Sickert's private life that might lead one to judge him, harshly, as irresponsible, selfish and inconsiderate of the needs of others. However, as is the case with so many highly creative people, this apparent selfishness often arose from the driving need to keep his complete devotion to painting centre stage. The needs of others, and indeed, to a great extent, of himself, were always secondary to his commitment to his art. The wealth of detail in Sturgis' book provides ample opportunity to show Sickert as a generous and loving friend, as well as an enthusiastic and committed teacher. Complemented by the exhibition at Tate Britain, it provides us with not only a new clarity of perspective on Sickert, but on British art of the past century. 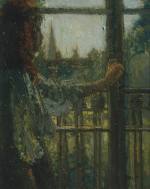 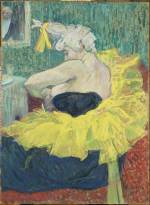 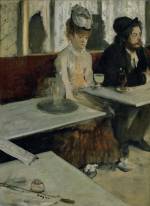