HOW SWEDEN GAINED:
This important exhibition in Stockholm was only made possible in its present superlative achievement through extensive curatorial diplomacy and collaboration between the National Museum, Stockholm, the Alte Pinakothek in Munich, the Museo de Prado in Madrid, and the National Gallery in Washington DC. Extremely important also was Rotterdam’s Museum Boijmans Van Beuningen.

Historically the exhibition serves as a potent reminder that Sweden had in the 17th century attained Great Power status, effectively punching above its weight in the international league tables, through military and diplomatic prowess. Queen Christina had, for example, commissioned no less that 35 ceiling paintings in 1648 for her Uppsala Castle, from the Flemish master Jacob Jordaens. She later received a gift from Archduke Leopold Wilhelm of some 9 works by Rubens (or from his studio).

In curatorial terms, but of special public interest, the exhibition reveals the extent to which the preparatory research for the exhibition catalysed further examination of the actual working processes, which allowed the Flemish masters Rubens and Van Dyck to maintain such high output. The dividing line between the hand of a master and the highly skilled assistants in the studio necessarily blurred the authenticity (in conventional terms) of the final work. Today it also allows greater importance to be placed on sketches and drawings from the studios of both Rubens and Van Dyck. The working process in each case showed sketches and drawings as such to be the “working drawings” from the hand of the master, which led to the modello of the painting, before the final work. Hence the drawings on display here are highly prized. This process is clearly demonstrated in the exhibition by means of one of the five smaller rooms: the three larger rooms are each dedicated, one to Rubens, one to Van Dyck, and on the Flemish School as a whole. The critically important role of Titian as precedent is emphasised by the two Van Dyck works also displayed. These demonstrate how Van Dyck’s St Jerome with an Angel (c1618–20), from Rotterdam, is the older version, and the same version in the National Museum in Stockholm, also by Van Dyck, is the later product, also from Van Dyck’s studio. Further questions of authorship may indeed surface again, in the Prado’s planned 2012 exhibition, relating to his early works.

Greater research has also been stimulated by the focus on Flemish Art. There was significant interaction between Rubens and Jan Brueghel, Frans Snyder and Van Dyck. This enhanced level of activity, was underpinned by a free market in Flemish works, which spread across Europe while the studios of the established masters, employed numbers of pupils, and more highly skilled assistants to meet the demand. With the working process such drawings were equally marketable. The grisaille versions worked up, and following the modello of the final work as shown on an oil panel to the client, plus separately detailed chalk anatomical drawings, could all be sold on the open market, or to the client. All such are highly prized today. The ‘brand’ of Rubens and then Van Dyck here reigned supreme.

For Sweden, possession of such works substantiated the Kingdom’s own standing, while Britain was embroiled and distracted by the Civil War.  This exhibition reveals the importance of high art during such a period of conflict on the mainland of Europe, where the Swedes became the main beneficiaries. 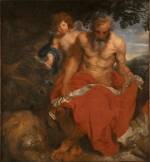 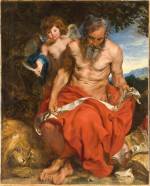 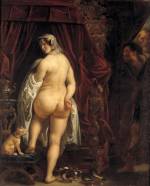 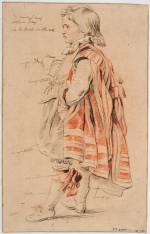 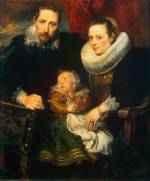 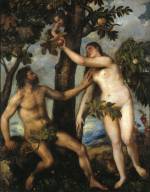 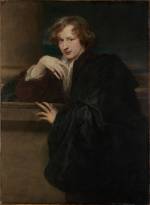