Rubens to Sickert: The Study of Drawing

Rubens to Sickert: The Study of Drawing

With a wide range of drawings, including works by Rubens, Charles Keene, Sickert and Whistler, this exhibition reflects on a culture that has now been largely superseded 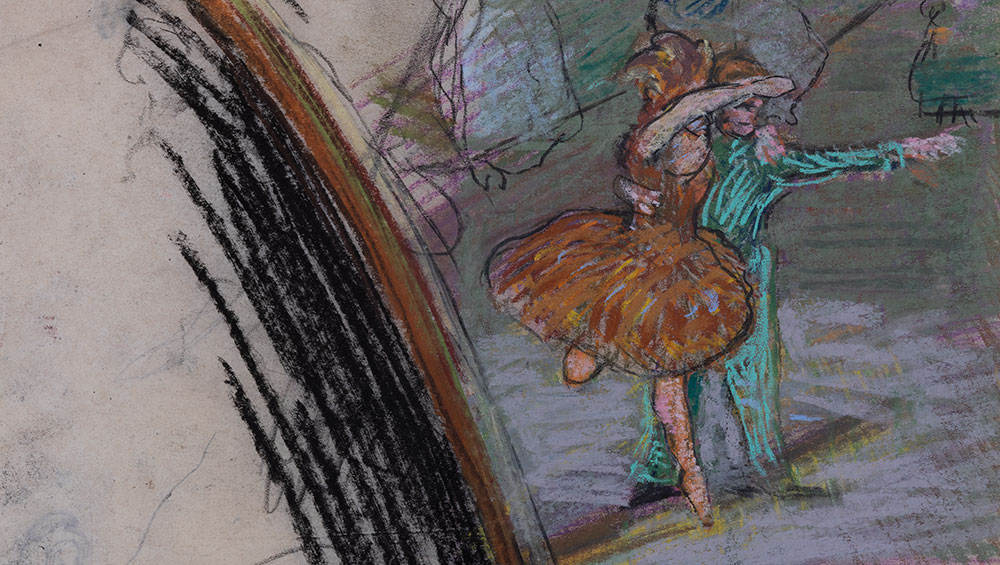 Until the late 1950s drawing, and in particular drawing in the context of the life class, dominated the curricula of most art schools. Supervised drawing from observation was widely regarded as the foundation and training ground for the plastic arts, in which I include painting, sculpture, construction and cognate media.

One of the centres for this practice was the art school of the University of Reading, especially during its period under the direction of JA Betts, its charismatic professor of fine art from 1933 to 1963. In addition to his activity as a teacher and advocate of drawing, Betts had the foresight to collect master drawings from all periods, often using them as instructional aids. Betts described himself as a pupil of Walter Sickert. This is not difficult to believe, since Sickert was a prolific and enthusiastic teacher in several art schools.

This exhibition presents a wide range of drawings from Betts’ remarkable personal collection, now held by the university, and includes works by Rubens, Samuel Palmer, Charles Keene, Sickert and Whistler. Master drawings are supplemented by student and staff drawings from the Betts period. 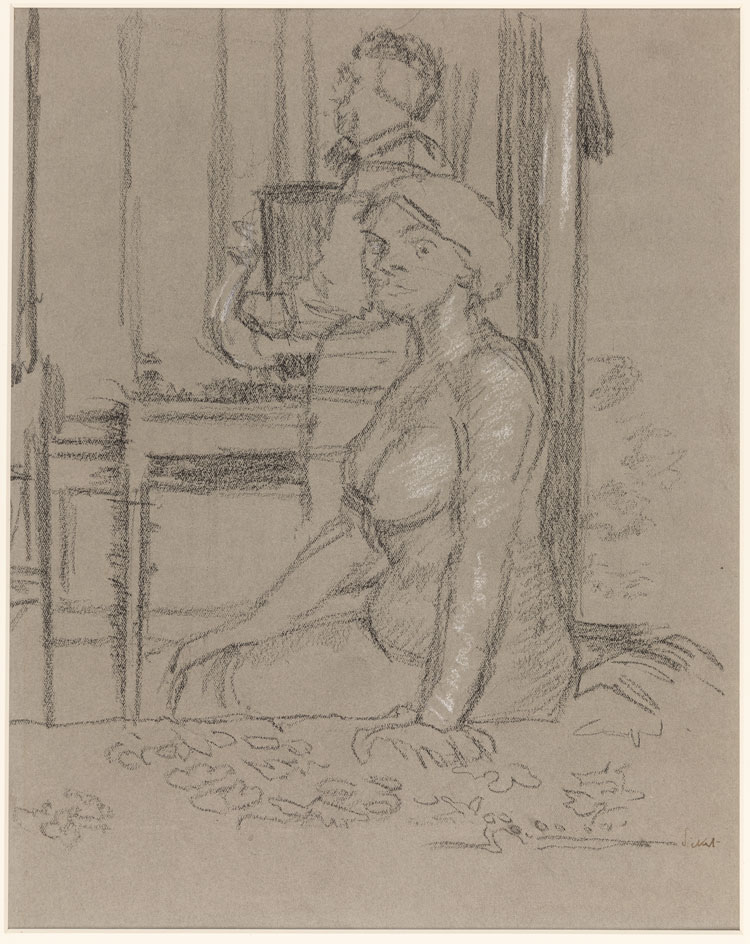 When I went to the university art school as a student in the late 1950s, these objectives were epitomised in the work of several contrasted traditions. The emphasis at art schools such as Reading was to treat drawing as a way of examining, exploring and recording the facts of vision, uncoloured by preconceived values or aesthetic presumptions. Drawings were often referred to as “documents”, a gathering of information in order to sharpen perception and provide a basis for other work, such as painting. The life room was a kind of laboratory of perception in the quest for visual truth.

So what are the alternatives? The most obvious is the use of drawing as a way of developing or acquiring a sense of “style”. In the mid-20th century, this was epitomised by the work of Augustus John, a product of the Slade School. In addition to recording the world around him, real and imagined, John was intent on working in a distinctive style, in his case characterised by a sweeping expressive line. Here the facture of the drawing takes on a peculiar charm of its own, comparable with a page of fine calligraphy, regardless of what it depicted.

If one tradition can be described as “empirical”, or based on observation, the alternative can be described as “idealist”, in the sense of searching for a pre-existent ideal. This kind of idealism is often complemented by a range of preferred subject matter. While the empirical approach, epitomised by Sickert, accepted or preferred the ordinary, the banal or even the sordid, John was drawn to the romantic charm of Romany life in an idealised dream-like landscape. 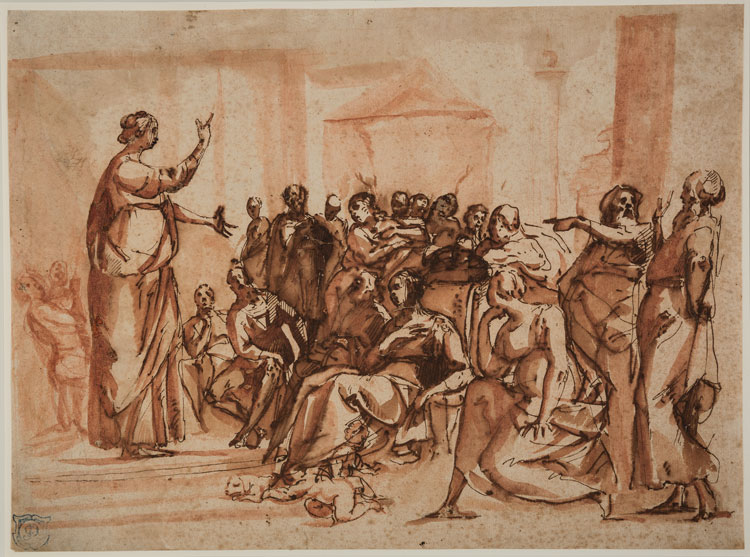 The tradition of drawing from memory provides a fascinating counterpoint to this polarisation. Alphonse Legros, director of the Slade School of Art 1876–92, was a pupil of Lecoq de Boisbaudran, an ardent proponent of drawing from memory. This is significant, because drawing from memory depends on the acquisition of a repertoire of preconceived forms, ways of depicting something, whether it is an ear or an armchair. In the life room, this can lead to a situation in which the student is not in fact drawing what is perceived at all, but simply matching it with an extensive repertoire of preconceived and remembered forms.

In a sense, all drawing is a form of drawing from memory, albeit the momentary pause between observing and recording. However, there is a clear distinction between this form of compressed memory and memory exercised temporally remote from the observed object, perhaps by days or weeks. 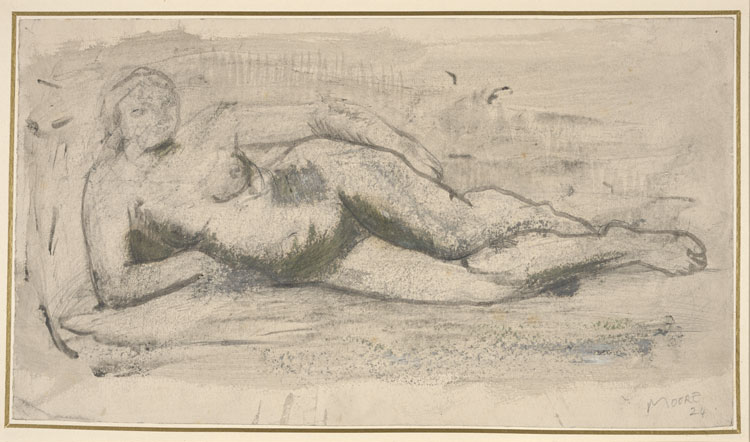 The drawings featured in the exhibition cover a remarkably wide range of approaches, from Keene’s ability to capture personality in a few lines to the majestic monumentality of Henry Moore. The very fine Sickerts exemplify a quality of his drawings that is often overlooked. This is his ability to convey space as a continuum that flows outwards from the margins of the drawing. All the drawing gives us is a nude on a bed, but in our imaginations we get a room, a whole house, and the sound of traffic in the street outside.

Betts’ own drawings are far from homogeneous in style or approach. At an early stage, he was clearly drawn to a static monumentality, almost sculptural in character. This was superseded by a quasi-vorticist manner, before resolving into the empirical style of close observation that characterised his teaching mission.

Few changes in education have been as sudden and profound as the abandonment of the life room culture in the late 50s and early 60s. When I started teaching at an art college in 1966, only one student in our fine art department wished to continue to draw and paint from life. He was regarded with amused tolerance and given a room in an annex some way from the main building so that he did not disturb or infect the more important work being done elsewhere.

What brought about this dramatic change? There were several causes. The groundswell of modernism, originating in Paris and other continental centres in the opening years of the century and so long held at bay, had turned into a cultural tsunami, sweeping away everything in its path. By the 50s, this had been compounded by the influence of recent American art from across the Atlantic. Studio International played a central role in spreading the word of the new art in British art colleges, introducing students to genres such as abstract expressionism, colour field painting and pop art. 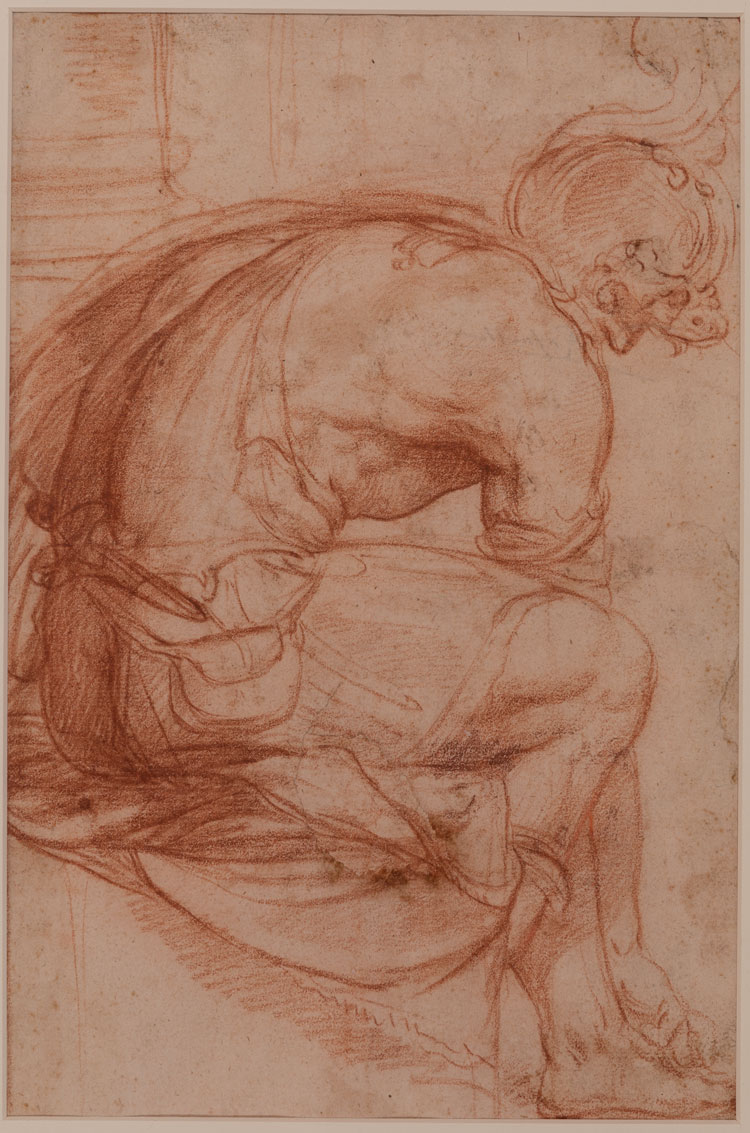 At the pedagogical level, course structure at many British colleges adopted the concept of “basic design”, a universal language of abstract form with its own logic and rules. Significant figurative artists such as Victor Pasmore, whose early work is represented in the exhibition,  explicitly repudiated figurative art as no longer relevant to the modern age, together with the associated baggage of the life room and observational drawing.

One of the purposes of any exhibition is not only to gather together and present work from a defined period or culture, but to give us an opportunity to reflect on ourselves, our current preoccupations, practices and values. When the apparatus of the life room was dismantled and thrown out, was anything important lost?

Ask anyone with an informed interest in art to identify the most significant British painters of the last 40 years, then, for many, Lucian Freud and David Hockney would come somewhere near the top of the list. Both were products of the art college training system represented in the present exhibition. This is not a matter of coincidence: a substantial sector of their work bears the hallmark of a direct relation to the early practice of close observational drawing.

The life studio has survived or been reintroduced in specific institutions, but it has not as yet regained the central foothold it once enjoyed. Perhaps the time has come for a national debate regarding its likely future.

The exhibition and its related catalogue invite us to reflect on a culture that has now been largely superseded, and ask us whether it still has something significant to offer education and art today.