Charles I: King and Collector

Charles I: King and Collector 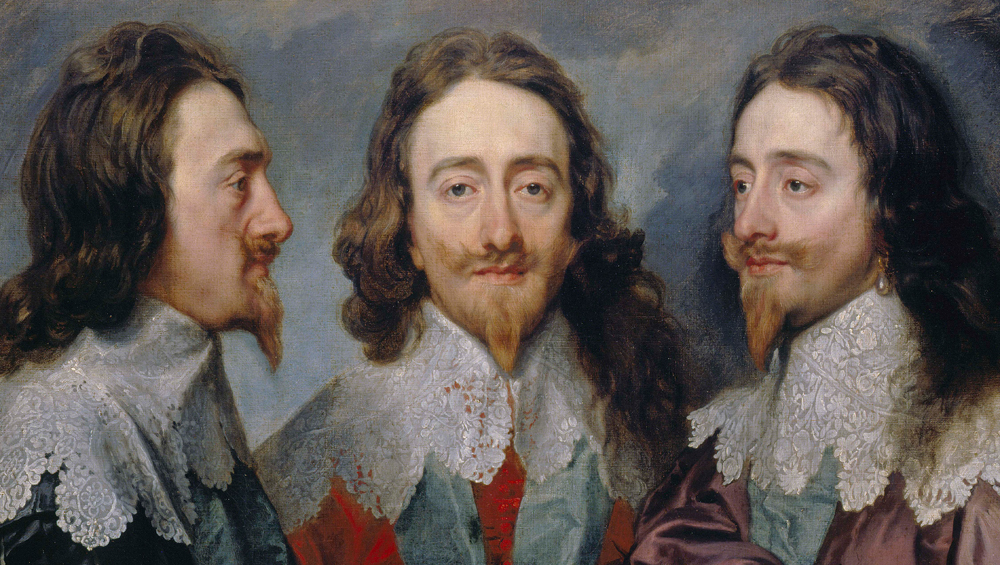 Charles I’s dark, hooded eyes look out confidently from Anthony van Dyck’s Charles I in the Hunting Field (c1636), now in the Louvre’s collection. He looks the part of the debonair king, with black-rimmed hat worn at an almost impossible angle, a high lace collar spilling out over his grey satin coat. His breeches are a rich-red velvet and he stands with one hand theatrically placed on a cane. Not a hair is out of place, not a fleck of mud has sullied his boots. Behind him, his muscular mount, out of breath from the chase and foaming at the mouth, bows its head from exhaustion or reverence, or both, with a forward leg that mirrors the King’s. Charles is in command; he is calm, capable, unflappable, statuesque, even, or so Van Dyck (1599-1641) would have us believe. But by the time this portrait was painted, trouble was already brewing in the kingdom. 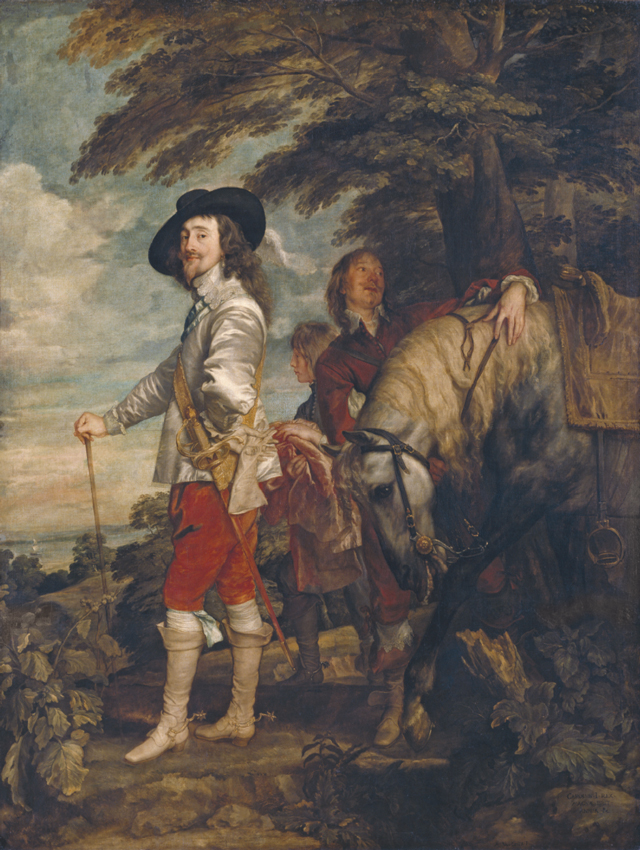 In reality, Charles I, who had suffered with rickets as a child, barely scraped 5ft 3in. Look closely and you will notice that Van Dyck has positioned him on a grassy platform to boost his height. A tiny fleck of white – the sails of a boat – sits on the distant ocean under a rosy Titianesque sky. The King is lord and master of all he surveys. This painting is more than two-and-a-half-metres tall, but was not the most ostentatious portrait that the Flemish master made while serving as court painter. The curators have filled the central hall with monumental canvases, so that the maned monarch looms magisterially over visitors to the gallery, as he once did over the visitors to his palaces. There is no doubt that Van Dyck knew the language of power. 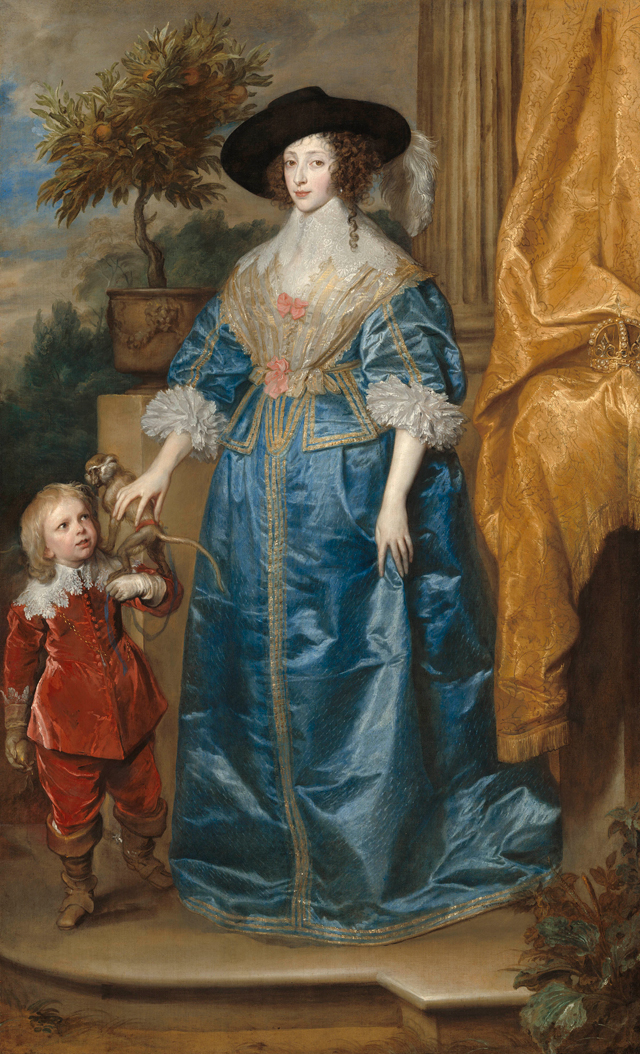 There are portraits of the royal family, too. Queen Henrietta Maria is painted with Sir Jeffrey Hudson, who was known as the court dwarf. Hudson fought in the civil war and then fled to France with the queen, before being expelled from the court for killing a man in a duel. This was just the start of his troubles. He was subsequently captured by Barbary pirates and enslaved in north Africa for 25 years. On his eventual return to London, he was arrested as a Catholic and detained for a considerable length of time, before eventually dying, destitute. These were turbulent times. 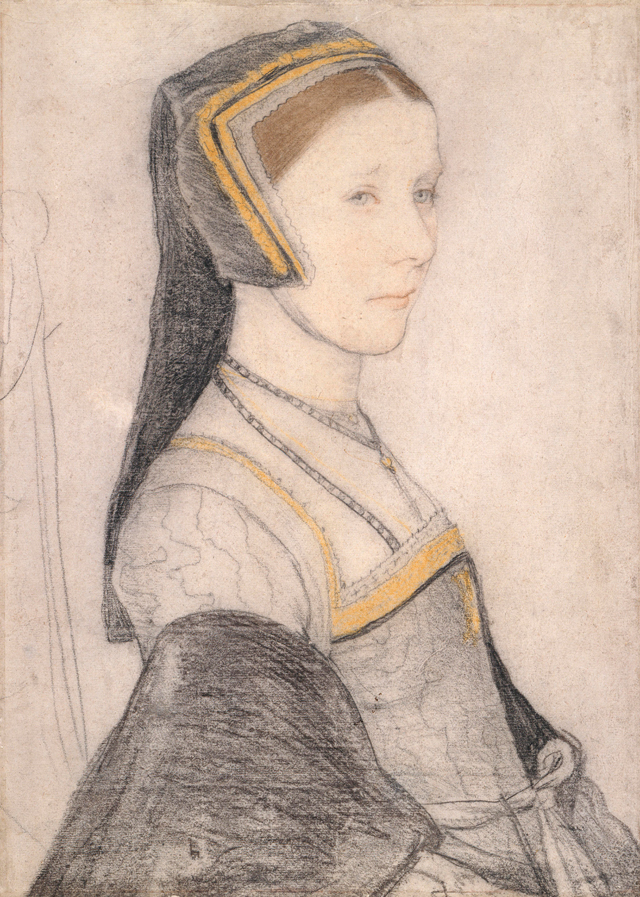 Van Dyck painted the King’s eldest son, the future Charles II, taking centre stage among his siblings. The then Prince of Wales stands with a commanding hand resting on the head of an enormous, now extinct, breed of mastiff. The dog, larger than the small prince, is stooping patiently with a comical expression of resignation on his face. Nearby, in a painting by William Dobson (1611-46), the prince, now on the cusp of becoming a teenager, sports a gleaming breastplate, the severed head of Medusa at his feet and a battle raging in the distance. Gone are the quiet pastoral scenes of the previous decade. Heavy storm clouds now gather behind the plump boy. The world, as he knows it, is about to be tipped on its head. Although things did not work out as heroically as Dobson’s vision suggested, this a prophetic image. After all, heads did roll and the young prince would eventually rule with even more pomp than his father. 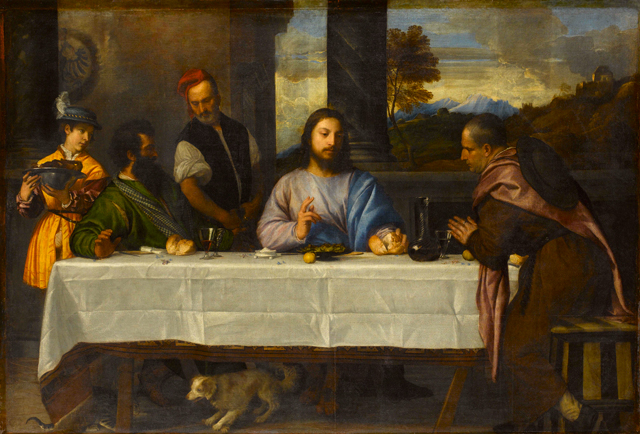 By the time this painting was finished, the two sides had armed and the English civil war was under way after years of friction between parliament and the king. Charles I, whose marriage to a French Catholic had been unpopular and whose heavy-handed dealings in Scotland and Ireland had stirred up riots, was seen as a Catholic sympathiser and something of a despot. He made many mistakes throughout his reign, but, he believed, his was the divine right to rule, and compromise was not a kingly trait. 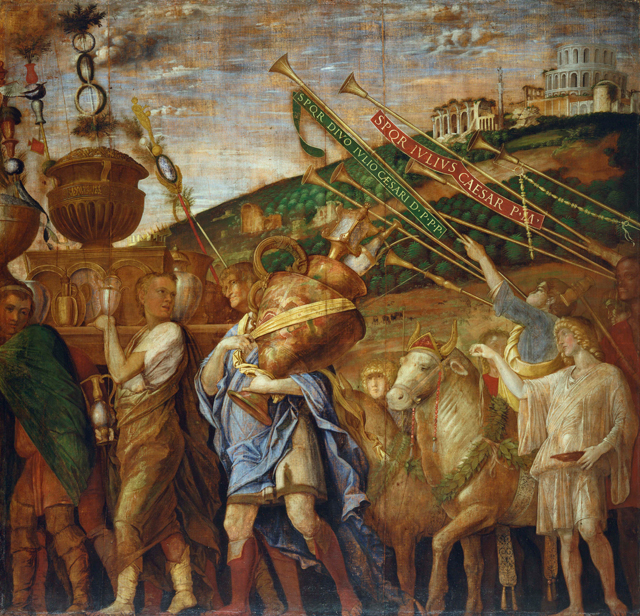 After Charles’s execution, the leader of the parliamentarians, the puritanical Oliver Cromwell, sold the king’s collection of art to cancel debts and pay for his New Model Army. The exhibition captions detail, where known, the location in which Charles displayed his art and who purchased it, in what became known as the Commonwealth Sale. Some pieces went to Europe, others were simply given away and some found their way back into the family collection, purchased by Charles II after his restoration to the throne.

The Royal Collection houses Van Dyck’s Charles I in Three Positions (1635-36), painted so that the sculptor Gian Lorenzo Bernini might be able to render a bust of the king. Hans Holbein the Younger’s glorious portrait of Derich Born (1533), a confident 23-year-old German merchant living in London, and Cristofano Allori’s Judith with the Head of Holofernes (1613) has also been lent from the Royal Collection. The beautiful Judith in Allori’s depiction of this popular Baroque subject was modelled after the artist’s mistress and the miserable head of Holofernes, which she holds by the hair, is a self-portrait. This painting was, in fact, part of Queen Henrietta Maria’s collection and she, too, commissioned works, preferring the history painters of the Italian baroque, to the more sober portraits of the English court. 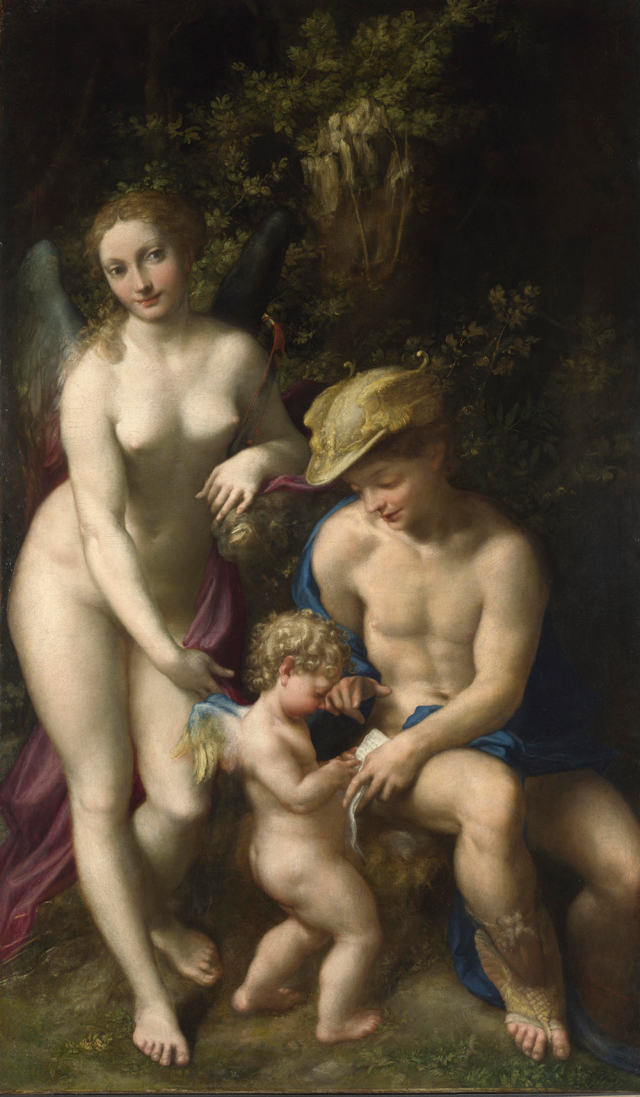 Charles I and his queen enticed the big names to England. Artemisia Gentileschi, and her father Orazio, as well as Van Dyck, were all invited and encouraged to stay. And the royal couple surrounded themselves with classical sculptures, Renaissance masterpieces, acquiring works by Titian, Albrecht Dürer, Paolo Veronese, Raphael, Andrea Mantegna, Leonardo da Vinci, Rembrandt – the list goes on. Here is the lineage of European art; masters who inspired masters. When visiting the king on a diplomatic mission, Rubens, astounded by the collection wrote: “This island … seems to me to be a spectacle worthy of the interest of every gentleman … for the incredible quantity of excellent pictures, statues and ancient inscriptions which are to be found in this court.” But perhaps the king’s spending on such “excellent pictures” at a time when he was raising taxes to pay royal debts, intensified the disquiet that boiled up beyond the palace walls. Such treasures might have impressed visiting dignitaries, but it did him little good in the end. Ruben’s ceiling in the banqueting hall at Whitehall Palace was the last piece of art, and one of the last things, that the King laid eyes on as he was led outside to the scaffold. 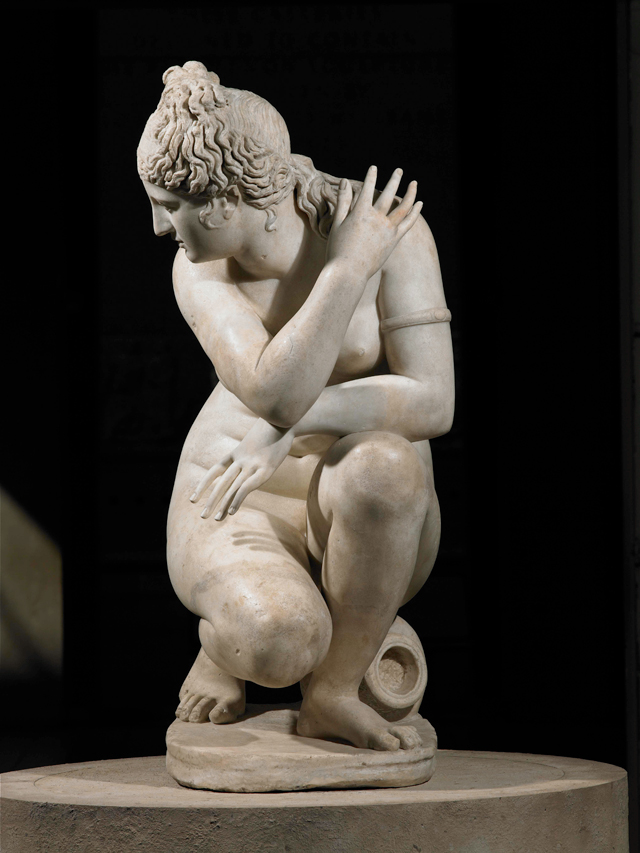 This exhibition deserves as much time as you can spare. It is full of treasures that are usually dotted around the Royal Collection or scattered across Europe and America. Their reunion (although not all made the journey) is a fantastic feat of borrowing. But it leaves mixed feelings and a bittersweet taste. The tragedy of Charles’s demise is barely touched on. He bid his children a tearful farewell days before his execution, but determined not to be seen as emotional in the face of death, insisting on wearing several shirts, so that spectators at his execution, on that chilly January afternoon in 1642, might not mistake his shivering for fear. Is it because our next king will bear the title Charles III that revolution and republicanism have been played down? Probably not. But Charles I’s flaws and the human drama that this collection represents might go unnoticed. Too much information can, undoubtedly, distract, but a little more about the king’s character and motivations might just bring some light to those impassive eyes that Van Dyck painted so often and so brilliantly.