A small number of Murillo’s rare portraits are brought together at the National Gallery to celebrate the 400th anniversary of the artist’s birth. But what can the only two self-portraits he painted tell us of the man himself? 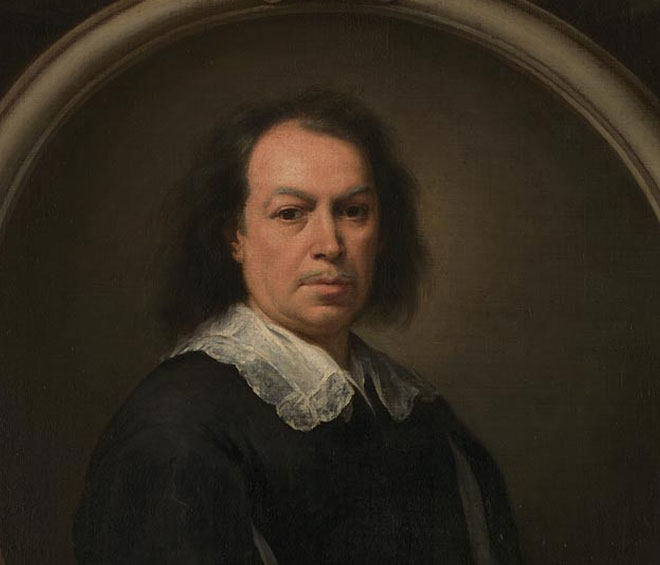 At least 20 years passed between the Spanish artists Bartolomé Esteban Murillo (1617-82) painting his first self-portrait and his second and, on the surface, they look strikingly similar. The artist is wearing black, has framed his likeness with the illusion of painted stonework, and his face is turned in the most common of self-portrait poses, the three-quarter view. Even his high, pointed eyebrows sit in exactly the same position. But these portraits, brought together for the first time in more than 300 years, are two very touching documents to the life of one man with a singular talent for seeing humanity in the everyday. 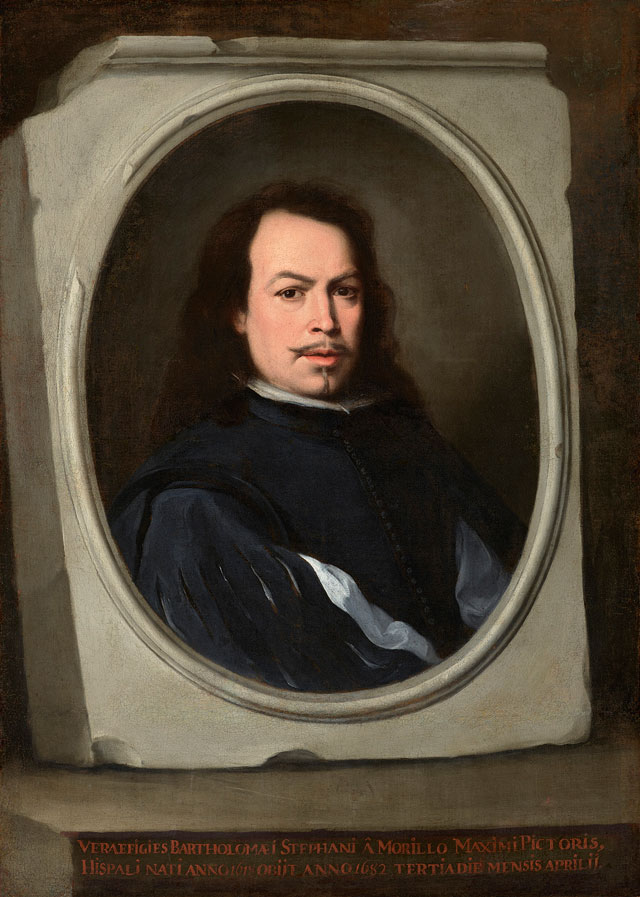 The young, well-dressed Murillo is in his 30s. His lips are slightly parted and his right shoulder is lowered as though he is about to lean in and confide in us some serious observation. He addresses us from a painted stone block, a nod to the classical ruins that littered his hometown of Seville. It is chipped and worn, a reminder that all things are eventually weathered by time, and his face is lit by the strong light and dark of baroque melodrama. He learned this austere, tightly painted style from those artists who had responded to the needs of their devout patrons in the fear and turmoil of the previous century. But things were changing. The so-called Spanish Golden Age was coming to an end and, with it, the religious fervour that had kept artists such as Francisco de Zurbarán and Jusepe de Ribera in business. 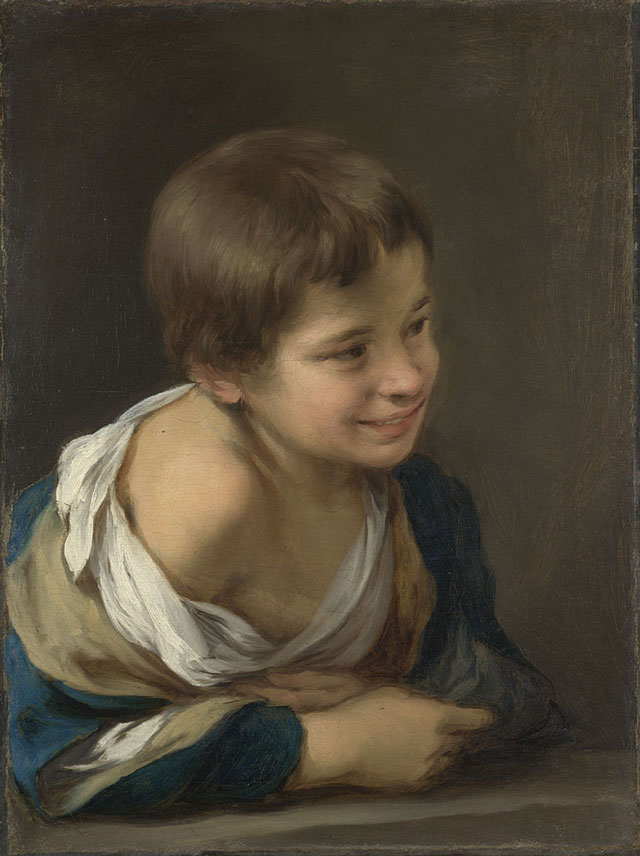 It is thought that Murillo may have left Seville only once, to visit Madrid in 1658, where he would have seen the work of his contemporary Diego Velázquez, as well as that of the Flemish and Venetian masters, Peter Paul Rubens and perhaps Frans Hals (just look at those toothy smiles), and certainly Titian and Giorgione. This informed his approach, eventually transforming him from a student of baroque austerity to a master with a much lighter touch. This softer technique is visible in his second self-portrait, painted in about 1670. Age has rounded his face and greyed his hair and the sharp light of two decades previous has been replaced by a gentler one – the light, perhaps, of late afternoon. And his mouth is closed. Murillo is not so anxious to talk now. The impatience of youth has gone and a quieter, wiser man watches us from the centre of a stone cartouche. 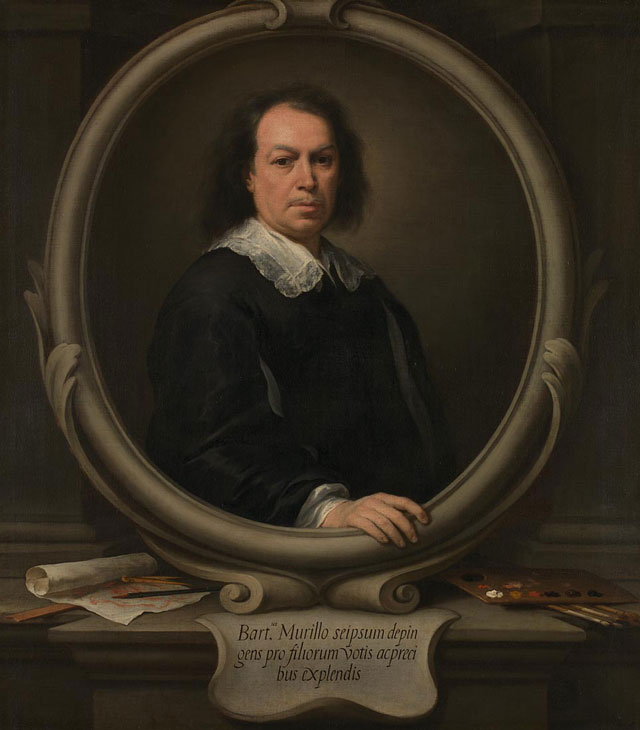 Murillo painted his second likeness a few years after the death of his wife and, by this point, he had lost four of his nine children. The inscription at the bottom states: “Bartolomé Murillo portraying himself to fulfil the wishes and prayers of his children.” He seems to want us to know that this is not a vanity project, but a painting completed to please his family. This time, unlike the last, he has included the tools of his trade and his hand reaches out to rest on the trompe l’oeil stone frame, and, by doing so, he links the two image planes. It is an unusual idea, and a way perhaps of affirming the solidity of his existence. This is not a portrait of remembrance. Perhaps he is saying to his children: “I am still here. I have not gone, yet.”

Murillo has been criticised for his sentimentality. He is perhaps best known for painting scenes of street children hustling their way to their next meal. But it is true that the most brutal hardships of living on the streets are spared. Murillo’s urchins are in rags, but they look well fed, often tucking into baskets of fruit or a stolen loaf with an endearing dog for company. The other side of the coin, however, is the demonisation of those living in poverty, and this was not his style. His was an art with an earthy, human centre that helped to lift painting from the dark days of morbidity and religious mysticism that had shaped Spain’s culture for more than a century. People were people. The poor, he felt, were not to be reviled. 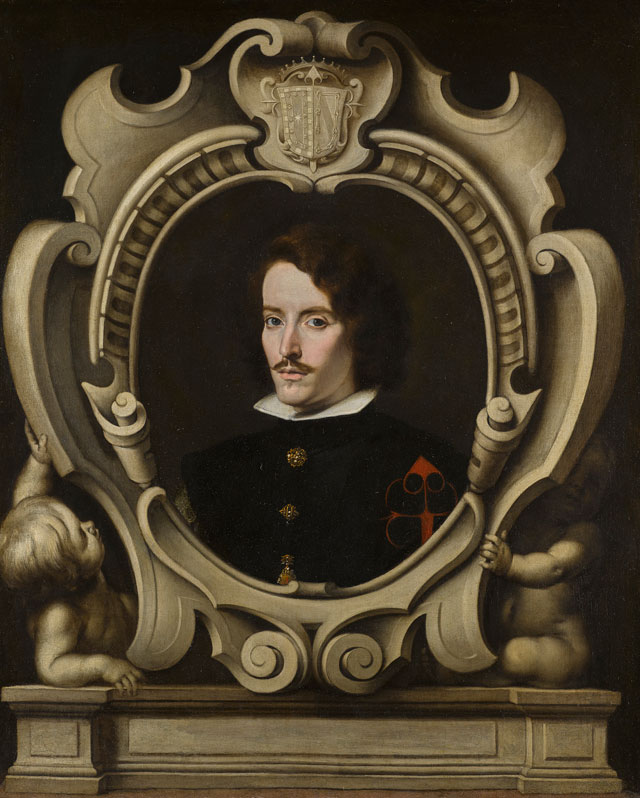 To accompany Murillo’s self-portraits and an admittedly rather wooden portrait from 1665 of Count Diego Ortiz de Zúñiga (which was only recently rediscovered in a castle in Wales and reattributed to the artist), there is also a study of a small smiling boy wrapped in ill-fitting clothes and leaning on a stone slab. His hands and the folds of his shirt are quickly, but sensitively, sketched in brown paint. All extraneous details are stripped away, leaving us with a very human child. Nearby hangs a double portrait, Two Women at a Window (1655-60), which could almost be classed as a genre painting. The younger woman leans with her head on her hand and a wistful smile on her face. The older woman – perhaps the chaperone – peers around the shutter, holding her shawl to her face as she covers a smirk. It is a fleeting, unimportant moment, probably inspired by a real sighting and it has a charming ease about it.

Murillo was celebrated in his hometown and was a popular painter for centuries afterwards. The Victorians, in particular, loved his gentle take on street life, but it was, perhaps, this endorsement that has condemned his reputation in more recent years. As Victorian sentiments were cast off, so, too, was the art that fulfilled their appetite for images of sweet and happy children with their pet dogs. But Murillo’s images were not born of fantasy. He felt sympathetic towards the plight of Seville’s orphans (he had been one himself) and was a member of a charitable institution that attended the needs of the sick. Undoubtedly his images inject some humanity and hope into scenes of a city constantly shaken by misfortune, and in the same way his self-portraits tell the story of a modest but successful artist, a man who was not blind to the city he loved. 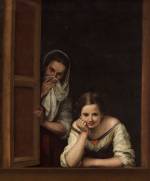