Artist Rie Nakajima was born in Yokohama, Japan, in 1976, and lives and works in London. She is known for her experimental kinetic works, in which she sets everyday items into motion with the help of electrical devices. The analogue nature of these installations are laid bare, so that batteries and wires readily explain the movement of the objects that she rigs up in interactive arrangements. But this does nothing to diminish the strangeness of their autonomous activities as a bucket is turned into a drum by a motorised pipe, or a plastic bottle dances on the end of a string. 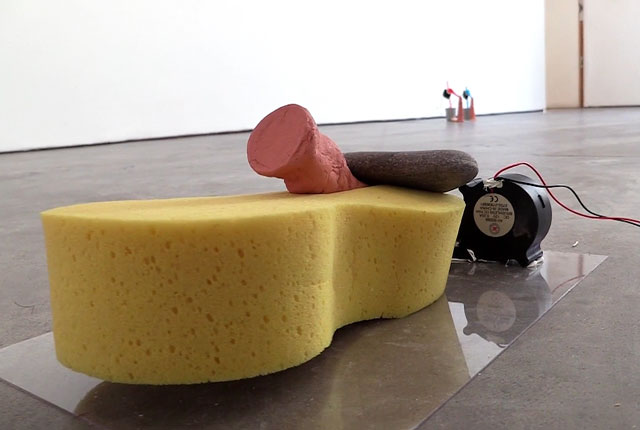 All of her assortments are the stuff of bric-a-brac. Batteries, tin foil, bowls and sponges are animated by a series of ingenious processes, which lends them an uncanny sense of frustrated energy. Powered by batteries and small motors, the likes of which you might find in a vacuum cleaner, they vibrate and tinkle, filling the large, empty gallery space with whirs and chimes. Her past work has also sometimes relied on natural forces. Wind Touch (2016) partly depended on the weather to work, and other pieces have employed pendulums or dripping water, relying on gravity to keep moving. 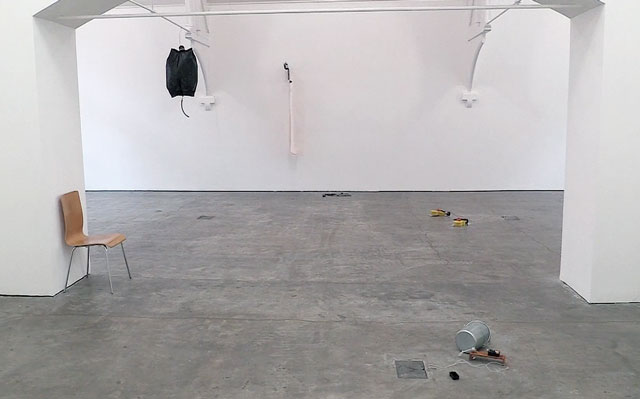 Nakajima’s exhibition, Cyclic, at the Ikon Gallery in Birmingham, sees such unassuming objects as a packet of seeds transformed into a miniature rain stick; rubber tubing sporadically convulses against a wall like a landed fish, a bin bag slowly inflates, seemingly of its own accord. Whistles rattle in porcelain bowls like theatrically chattering teeth and the whole gallery space seems haunted by restless forces. Every object is both separate and connected in its ingenuity. “I think about how time and space should be experienced,” she says. “The next thing I think about is how space should be created and the fluidity between the structures.” 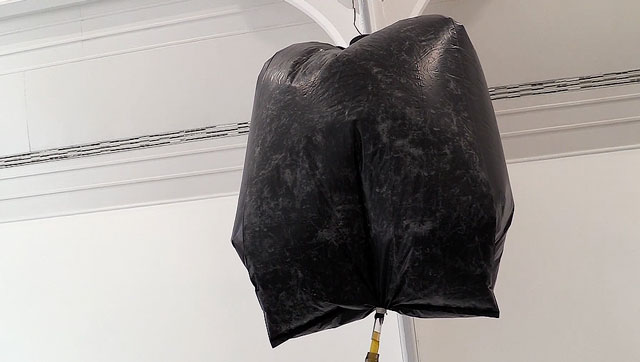 Where Nakajima’s installations have a kinetic autonomy, which seems driven by an invisible consciousness, her performances are set in motion in front of an audience, often in collaboration with other artists, such as the experiential musicians Pierre Berthet and David Cunningham. Nakajima becomes the conductor of this orchestra of quotidian instruments and the viewers become witnesses to her processes, but also, she says, participants. Each performance is “dependent on the people in the audience” she says, to create “a unique experience. Everyone is the maker. It is a collaboration.” 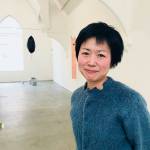