Rachel Howard is not an artist to shy away from heavy subject matter; sin, suicide, madness, the fragility of the human condition. Trained at Goldsmiths, and studio assistant to Damien Hirst from 1992–1996, Howard is a widely exhibited and successful artist in her own right, recognisable for her trademark use of household paint, which she separates into pigment and varnish, to create a dragging effect of colour across the canvas. Her current exhibition at Blain|Southern, Folie à Deux, is named after the clinical definition for a psychosis in which delusional beliefs are transmitted from one individual to another. Studio International spoke to Howard about her inspirations and fears.

Anna McNay: In an interview with Damien Hirst (Black and White, 2001), you spoke about how you paint from experiences going on in the back of your mind, because the forefront is filled with day-to-day stuff, such as what is going on with your children. Folie à Deux includes a couple of images of pregnant women, and the bond between a mother and a child is clearly the closest example of a symbiotic relationship possible. To what extent do you think your role as a mother has fed into your work for this exhibition?

Rachel Howard: I don’t recall an interview where a man is asked about how his role as a father feeds into his work. My role as a mother affects my work probably as much as it affects a father’s. I’m a painter not a female painter. I am a feminist and, in turn, I don’t understand this distinction of being a woman who paints: I just paint. The pregnant woman represents, like you say, the closest case one can have of folie à deux – the potential of what’s to come. I read many case studies and thought this a poignant way to express it.

AMc: You’ve also spoken of your antipathy towards colour, and how you wish you didn’t have to use it in you work. The works in Folie à Deux are largely black and white, with just the odd coloured streak, or with some colour creeping in at the edge. But can you explain why, if you’d rather not use colour at all, you persist in doing so?

RH: Are you kidding?! I love colour – that’s my problem! I’m like a moth to a flame. When I went to see the Francis Bacon exhibition at the Tate last year, the oranges and reds in his paintings made me so light headed I felt faint. The same happened on my recent trip to see the beautifully curated, Twombly and Poussin exhibition at the Dulwich Picture Gallery. I think of colour as a seducer, I suppose, a guilty pleasure. It’s also a great tool to move the eye round the canvas, not allowing the gaze to rest. My relationship with colour is more analytical when I’m away from the studio, but when I paint I work instinctually.

AMc: You seem to work through colours in turn. For this body of works, your main colour is fluorescent yellow. You’ve said elsewhere that you think it’s a “horrible, but lovely” colour, and that, for you, it works to express a state of mind. When I look at these paintings, in particular Fear of Madness, I see a collision between this luminosity and the dark depths of despair suggested by the title and the blackness creeping in from the bottom of the canvas. What sort of a state of mind does yellow induce for you? Does this vary from shade to shade?

RH: Yes, you’re right, the palette for this show is very pared down, black and white. I wanted the starkness to represent the mood, but also to challenge myself by imposing restrictions. However, I also wanted to add a little colour to these works, so I painted over the fluorescent colour, allowing it to peep through just a tiny amount, a line revealed here and there, to bring your eye up. The fluorescent paint is a wonderful, horrible, harsh, delightful medium, perfect for what I wanted for these pieces. It’s acrylic, which, in my opinion, is a hideous medium, but it serves its purpose here, as there isn’t a fluorescent oil paint… yet.

AMc: In 1995, you began working with household gloss paint, separating out the pigment from the varnish, applying the pigment first, and then dragging it across the canvas with the oil. You’ve described this type of paint as “so gorgeous it’s almost edible”. How did this love affair begin, and how did you come about the technique of separating the paint?

RH: Household gloss is a wonderfully contradictory material when used in an art context. It’s utilitarian and designed to be practical, but I wanted to humanise it, to take it away from its original purpose, to give it a different sort of life, and to use it as a fine art material, giving it subtleties and nuances it’s not supposed to have. For me, the most important part of the paint is the gloss which, when a can is left to rest, separates from the pure pigment which sinks to the bottom. The gloss or varnish sits on top of the pigment and has become, for me, a manipulating medium, something I can use along with gravity to shift the pigment around on the canvas. It suspends the pigment, captures it, creates worlds. Without the separation this couldn’t happen. In this show however half of the paintings are just oil, using a different varnish to move the paint. I’m moving away from gloss paint now: the love affair’s almost over.

RH: What’s that inane slogan? “You don’t have to be mad to work here but it helps” – a good nihilistic motto for life. But, to be serious, yes, I do fear madness, but I fear death more, and you can’t fear madness if you’re dead.

AMc: What keeps you sane?

AMc: You’ve previously produced series of work on the themes of suicide and sin. How did you come to begin producing work around the malady of Folie à Deux? Do you purposefully seek out existential and pathological subjects?

RH: You’d think I do but I don’t – I paint what concerns me at that time. I stumbled across folie à deux – the words sound so frivolous and fanciful – but as I discovered the malady is anything but. Case studies are difficult as many people go undiagnosed since sufferers are reclusive, solitary people.

AMc: You don’t believe in God, but you were sent to a Quaker school. How profound an effect did this have on you? Does religion influence your work now? Would you describe yourself as spiritual in any way?

RH: These are all very difficult questions for me. I have been an atheist since the age of about 25. Quaker school showed me a wonderful way to worship, non didactic, non judgmental, truly equal, right down to how the meetings are held in a square where everyone’s facing each other with no hierarchy and no preacher… Even the words “meeting house” seem fair to me: everyone has a voice if they choose. But, in turn, this showed me that I had previously believed in God through fear alone.

AMc: Folie à Deux includes a number of diptychs and triptychs. Is this new for you? What led to their production?

RH: Diptychs are not new for me but triptychs are. I found it very exciting exploring and breaking the tradition of how triptychs are presented. In Repossession, I fragmented the narrative so that it remains open ended. Instead of presenting all of the information on one canvas, I dissected it into three, using different viewpoints on differently sized and shaped canvases. I want to explore this further. I like this direction.

AMc: You’ve spoken elsewhere of going to see the Turners in Tate Britain. Do you draw much inspiration from other artists? If so, from whom?

RH: I did A level art history and a joint fine art and art history degree, so art history has been running through my veins for many years. There are so many artists I admire from Masaccio to the present day. I especially like the big American abstract expressionists, and, conversely artists such as Turner, Bacon, Soutine, Auerbach, Sickert, and Bonnard. I enjoy these extremes of scale and intimacy. I love good art, and there’s so much right here on my doorstep in London. I have also been inspired by, the gods and goddesses, of literature, from Emile Zola to Doris Lessing. And the Bible, of course.

AMc: What’s next for Rachel Howard?

RH: I’m about to plunge back into my studio to start on a body of work which I have been thinking about for the past few years. The title’s “Why I am not a mere Christian”, which brings together the writings of Bertrand Russell and C S Lewis, with me squeezed somewhere in between the two. 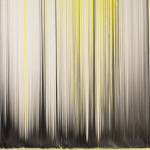 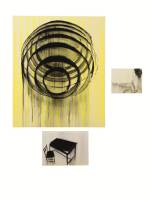 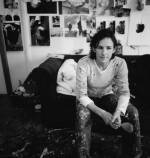