Jake and Dinos Chapman: The Disasters of Everyday Life

Jake and Dinos Chapman: The Disasters of Everyday Life

Among the casts of suicide vests, it is the Chapman brothers’ reworked etchings of Goya that hold the interest, drawing us in to view more closely the horrors of war 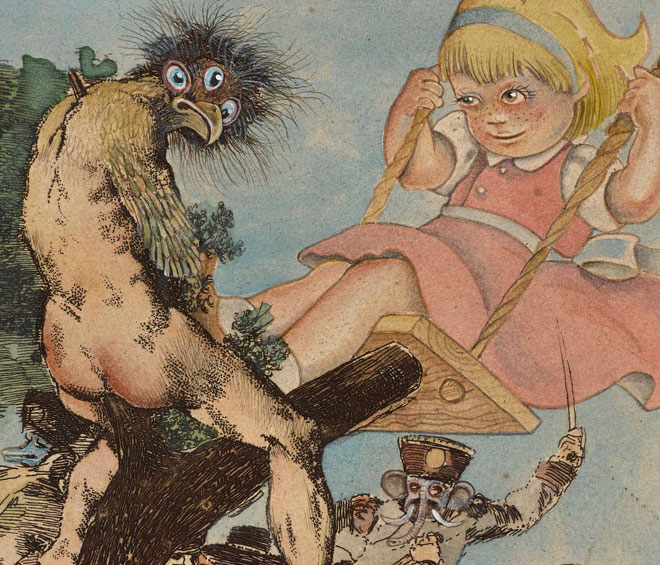 In this, their first exhibition with Blain Southern, Jake and Dinos Chapman stick to what they know best – Francisco Goya. They have been slaves to the Spanish artist’s oeuvre for their entire career, in conversation with him while, at times, shouting in his face. It is Goya’s etchings, known as The Disasters of War, which provide the crux of their inspiration. These works chronicled the violence that swept through Spain in the early 19th century and depict rape, mutilation and famine, among other horrors.

One of the best-known images, bearing the sardonic caption Grande hazaña con muertos (A heroic feat with dead men), shows three dismembered bodies tied to a tree. Their genitals are missing and a decapitated head sits impaled on a sharp branch. The brothers have revisited this image several times in the past three decades and graphically reproduced the etching with life-sized mannequins, resulting in what could almost be mistaken for a religious 17th-century Spanish polychrome sculpture. The severed head could be that of St John the Baptist. But it isn’t.

There are no mannequins here, but the corporeal is represented by detailed casts of suicide vests laden with grenades and other explosives, wires and walkie-talkies. They fill the space nicely, but do little to excite any feeling. Instead, it is the works on paper that hold the interest; three sets of 80 reworked etchings divided into collages, drawings and images coloured with glitter. The brothers Grimm, as they are sometimes known, have pasted and painted directly on to Goya’s original etchings. Not for the first time.

Two of the collages stand out in The Disasters of Everyday Life series (2017). You can still read Goya’s original captions Murió de Verdad (The Truth Died) and Caridad (Charity). In the first, a group of white men photographed in black and white stand in smart suits, smiling at the camera. Their thick-rimmed spectacles and Brylcreemed partings suggest the image has been lifted from a magazine from the 1950s or 60s. Goya’s woman lies at their feet like a lion shot on safari, limp and bare-breasted, belonging to another age, while standing for eternally recurrent atrocities. In the second, an elderly couple help to throw naked corpses into a grave. Collaged over this etching three carefree children look down at something. The smallest seems to point to the bottom of the pit. It is an intentionally jarring juxtaposition. Innocence and death placed side by side.

The second set of etchings, The Disasters of War on Terror (2015-16), sends this unsettling idea skipping onwards in an orgy of nightmarish confusion. Goya’s figures have been drawn on, mutilated further, given clown faces and phallic noses. Teddy bears witness murders, and smiling snowmen preside over battle scenes, while giant, eyeless kittens grin menacingly from the darkness. This is what Alice in Wonderland might have looked like had Lewis Carroll written it on an acid trip. It is the paper equivalent to watching a violent scene in a film that has a completely incongruous soundtrack – a hammer horror with Moon River playing in the background.

The modification continues, this time in glitter. Entitled The Disasters of Yoga (2017) (intended as a humorous anagram) this series is roughly coloured, as a child might render pictures in a colouring book. Sometimes the colours correspond to the action – red glitter for blood – but for the most part they have the same relation to real world colour as an Andy Warhol print. Occasionally, it is difficult to make out the action underneath; you have to really squint to see the figures. These are attractive, desirable things, despite the suffering they represent – the perfect allegory for capitalism. But that is an entirely separate essay for a more qualified writer.

Goya witnessed much of what he recorded. One of his etchings is entitled Yo Lo Vi (I saw it). The Chapman brothers, like most of us visiting this gallery, have never witnessed war. So, there is something of a boyish revelry in their work, and their lust for the grotesque reminds me of a photo of a teenage Damien Hirst grinning like an idiot with a decapitated head in a morgue. But are they just irreverent man-boys colouring in Goya’s work with the nihilistic fervour of a child stamping on an ant hill, or is there something more interesting going on?

Quoting a book of the same title, the gallery claims that these reworked prints act to undermine the “seduction of violence in the age of spectacle”, but I am not sure this is the case. If anything, we are encouraged to look more closely at these images, to linger on their brutality – the horror is almost amplified by photos of smiling people and children’s cartoon characters, albeit in a distorted way. And what the Chapman brothers’ relationship to Goya’s work helps illustrate is that he is as relevant now as he has ever been. Everyday stories of rape, beheadings and genocide reach us through the media. Awful, violent atrocities still happen on a huge scale and seeing these etchings with images of Mickey Mouse, and photos of smiling suited men does more than add an air of the kitsch. It also brings them closer to home.

We are made to think more deeply about Goya’s motives. Was he, like the Chapman brothers, revelling in the violence, just a tiny bit? In a Tate video from 2015, Jake Chapman claimed: “If you actually look at the Goya prints, the degree of the artist’s interest actually gravitates towards laceration and castration and cutting so they actually undermine the moral framework that seems framed by them.” Revelling is perhaps the wrong word. But maybe Goya did get a certain gratification from the oblivion he represented – the release of total annihilation. There is undoubtedly a sense of obliteration in what the Chapman brothers do to his work in turn. Theirs is a kind of artistic Oedipal complex; they are both celebrating and destroying the work of their artistic forefather and by doing so continuing our conversation with one of the greatest war artists that ever lived.