Picasso’s life and art were shaped by friends, family and lovers, and as this exhibition demonstrates, his portraits were just as varied as his relationships 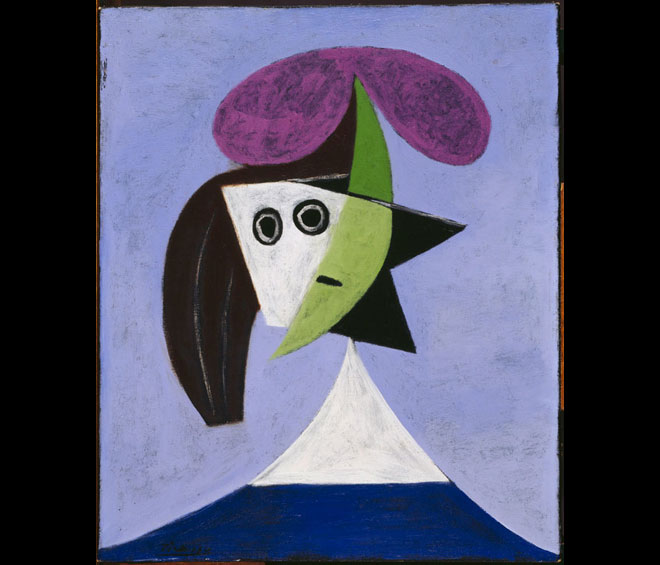 Jacqueline Roque is dressed in black, her face is as white as a geisha’s, and her high arched eyebrows, like Roman aqueducts, float above her almond-shaped eyes. She was born in Paris in 1927, but Pablo Picasso (1881-1973) has portrayed her as every bit the Spanish señora from his youth. Jacqueline was Picasso’s second wife and his devoted assistant. She was married to him for 11 years until his death, but, despite her loyalty, had to deal with a parade of mistresses. In fact, if you want to keep track of Picasso’s love affairs in this exhibition, it will take some work. But that is no bad thing and encouraging visitors to piece together the artist’s life is something along the lines of what curator Elizabeth Cowling had in mind. In particular, the final room of the exhibition is arranged with plinths and false walls that “enable people to make connections between works over a period of 30 years”. And when presented with a round view of Picasso’s work, it is also possible to appreciate the incredible variety within his portraiture.

The exhibition is loosely chronological and takes us from Picasso’s earliest drawings and caricatures through to his expressive final canvases. Because his portraits were mostly of friends and relatives, this exhibition is also a tour through the relationships that shaped his life, from the woman credited with sparking his lifelong preoccupation with women in his art, through to his four children. His daughter Maya is painted as a cartoony monster dressed in the sailor suit of her favourite doll, her father’s name emblazoned across the cap. She is larger than life, a demanding and forceful presence, a comic grotesque mid-shriek.

Maya in a Sailor Suit (1938) is a world away from the paintings of Picasso’s early days in Paris, where Toulouse-Lautrec, Edgar Degas and Paul Cézanne, shaped his approach to portraiture. He painted his friend Sebastià Junyer i Vidal, in 1903, seated at a table with a gaunt prostitute behind him, his huge forehead glowing like a light bulb amid the dark hues of the artist’s famed blue period. Picasso’s preoccupation with sombre tones at this time was sparked by the suicide of his best friend, who shot himself in a cafe after he was spurned by the woman he loved – a woman whom Picasso took to bed.

That Picasso restlessly tested every medium available to him is evident throughout this exhibition. He was always hungry for new means of expression, and just as he sought a level of caricature in every portrait, so, too, did he explore a myriad of techniques to communicate his feelings about those around him. His caricatures of a close friend, the writer and artist Jaume Sabarté, reveals the extent of Picasso’s mischievousness. Sabarté’s tiny naked figure, drawn in ink, pleads with, and lunges at, various beautiful women cut from magazines with all the pubescent silliness of schoolboy doodles.

Towards the end of his life, Picasso once again returned to the masters for inspiration and guidance, encouraged in his endeavours by Jacqueline. Degas, Velázquez, Raphael and Rembrandt were all with him (in spirit, of course) until the end, and he parodied them, as he did his friends. The last portrait in this exhibition is inspired by Rembrandt’s self-portrait of 1658, with a brightly coloured nod to Van Gogh. Picasso is the Old Man Seated (1970-71) – he turned 90 before completing the painting – with his round belly and oddly pouting expression reminding us that he could laugh at himself, as well as others.

Picasso was a complex man, full of passion and humour, and, when it came to women, contradictions. Women were, he said, either goddesses or doormats and he loved or used them accordingly. Jacqueline knew that better than anyone. And this exhibition conveys Picasso’s mercurial nature with a fantastically nuanced display that is hugely varied, not to mention full of surprises. 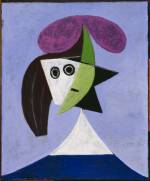 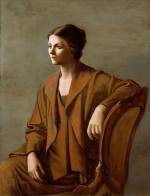 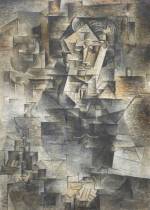 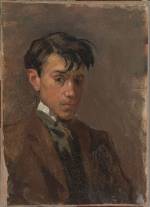 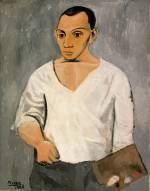