The National Gallery sheds light on the personalities of some of the biggest names in painting, not through their work, but through the art that they collected 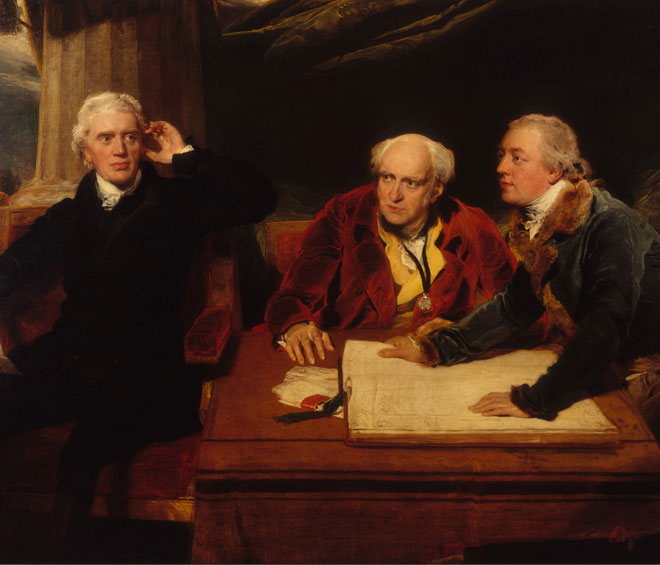 The concept behind this exhibition is a compelling one. It exposes obsessions, friendships, tensions and some of the unexpected interests of artists through the art they collected. The work that sparked this exhibition was Jean-Baptiste-Camille Corot’s Italian Woman (1870), gifted by Lucian Freud to the National Gallery in his will as a “thank you” to the nation for welcoming his family as refugees from Nazi Germany. To delve into this rich area further, the National Gallery has used its own collection as the staple for this exhibition but there are also some beautiful loans from private collections, such as Sir Thomas Lawrence’s group portrait Sir Francis Baring, First Baronet, John Baring and Charles Wall (1806-7). It is an exquisite painting that has an atmosphere reminiscent of Rembrandt’s The Syndics. Every figure is captured with an immediacy belying the meticulously rendered scene.

Lawrence was a connoisseur of the arts and his passion for collecting nearly ruined him. We learn that Edgar Degas, too, got himself into a financial pickle in the pursuit of art. Such was Degas’ passion for Eugène Delacroix, Corot, Jean-Auguste-Dominique Ingres and others that the exhibition has dedicated two rooms to the story of his collection. He was lucky enough to meet Ingres who told him to: “Draw lines, young man, and still more lines, both from life and from memory.” The meeting seems to have had a profound effect on the rising impressionist, who acquired no less than 22 of Ingres’ paintings. And Degas’ collection also reveals a great deal about his personality. He traded artworks and bought works by young turks such as Paul Gauguin, helping them to launch their career. And that the art of his friends carried deep personal significance is evidenced by the fact he was known to return paintings after quarrels. Édouard Manet received one of his own works back from Degas after an argument, although their friendship survived. “How could you expect anyone to stay on bad terms with Manet?” Degas said afterwards.

Degas, in turn, found his way into the collections of later artists. Henri Matisse acquired his famous La Coiffure, no doubt drawn by the bright-red hues and flat forms, but Matisse’s collection was fluid, as he bought and sold artworks as his tastes changed. And his eager eye was not limited to paintings. Sculptures, fabrics and artefacts became part of his household and rematerialised in his own artistic output. And it’s fascinating to learn what Matisse’s collection says about his feelings towards his heroes. An inscription in the corner of Pablo Picasso’s Portrait of Woman: Dora Maar (1942) is a token of the two men’s affection for each other. Matisse stated that Picasso was the only person who has “the right to criticise me”. Another hero of Matisse’s, was Paul Cézanne. Despite meeting Cézanne’s by then elderly wife, Matisse never attempted to meet the man himself. After all, we should never meet our heroes.

The room set aside to explore Freud’s collecting habits is mostly filled with works by the artist’s own hand. But there are some surprises here. Towards the end of his life, Freud purchased a painting by John Constable. The gentle Portrait of Laura Moubray (1808), a rosy-cheeked and demurely dressed young woman, might seem like a strange addition to Freud’s walls, but he was, the curators tell us, “attracted to the sincerity and sensitivity of Constable’s portraits”. It serves to illustrate that the sentiments and concerns held by artists transcends time and the ever-changing movements in art, like strings forming an unbroken continuity throughout history. A small bronze bust by Degas, Portrait of a Woman: Head Resting on One Hand, sits in the corner of this room. It reminds me of Freud’s infamous painting of “Fat Sue” as she lies asleep on a sofa, her own face pressed out of shape. Both works speak of the unguarded moment and both artists were adept at rendering vulnerability.

While the idea behind Painters’ Paintings is an interesting point of entry into the history of art, and makes some intriguing connections, the exhibition feels a little conservative. It subtly teases out the personalities of these artists through their various acquisitions, but doesn’t quite have the impact you might expect from a National Gallery summer show. In other words, it is lacking blockbuster oomph, but it is quietly insightful and showcases some exquisite treasures in a new and enlightening context. 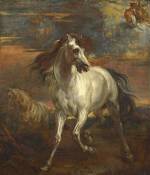 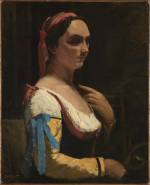 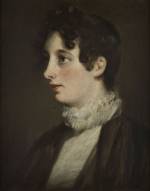 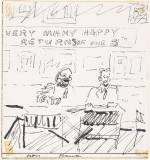