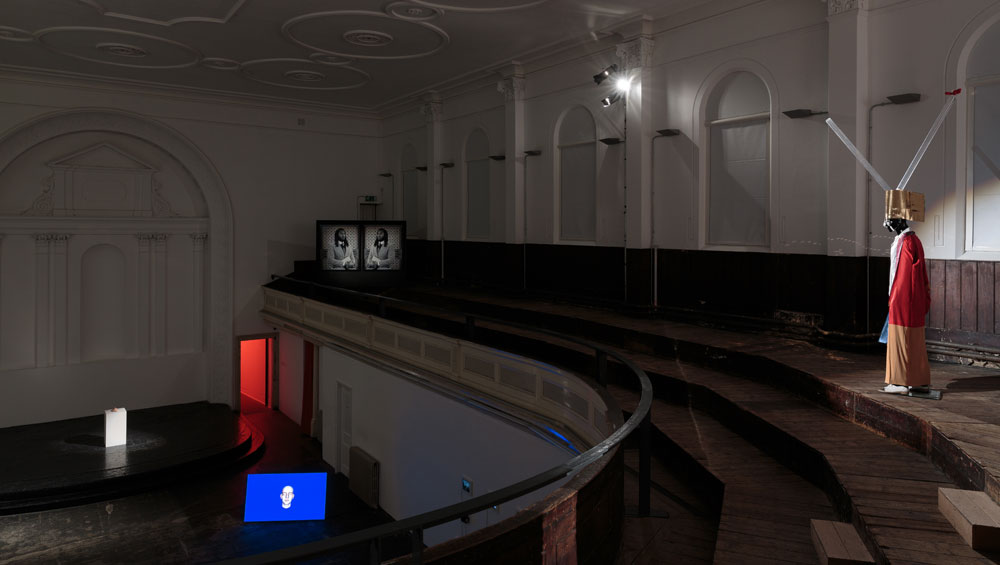 Self-fashioning and the performed identity are well-worn themes in the history of art and of exhibition-making. But the six MA curating students who have taken over the Zabludowicz Collection and its Chalk Farm home in north London for One and Other have produced a small but surprising contribution to that legacy. Artworks were chosen from the Zabludowicz’s 3,000-strong collection of contemporary art that explore the daily performance of our various personas and guises, set in opposition to the assumed “true” self that underpins them. Described as a “spatial experiment” centring on the idea of the stage (although notably not featuring any live performance art), the exhibition’s concept is aptly reflected in the Zabludowicz Collection’s building, itself a shape-shifter: once a Methodist church, then a method-acting school, the interior architecture features an open space with an altar/stage, overlooked by an expansive wooden stepped balcony that seems to invite performance and spectacle.

We begin with identity conceived as an elaborate virtual construction in the age of social media: of technological personas versus real ones. Amalia Ulman’s digital video Excellences & Perfections – Do You Follow? (ICA Offsite) (2014) is based on a fake alternative Instagram identity that she created for herself, and offers a cascade of words and images that point to the normalising of existence through social media: of “The Selfie as a Marketing Strategy” and “The Electronic Economy of Looking Good”. At one point, a slab of meat appears on the screen, with a caption asking: “How to market this flesh?” It is a film about gender conformity as well as personal (re)invention and commercialisation, and about the tension between masking (of the “real”, physical self and the psyche) and deliberate exposure (of one’s private life and personal information) that contemporary culture demands and celebrates.

Ulman’s piece sits adjacent to The Brightness (2013) by Cécile B Evans, a 3D film whose main protagonists are a long row of animated bright white teeth that spin across the frame, dance in circles and hop one-by-one into blue circles, circus-style, before turning to dust. Amusing, but somewhat obscure, these scenes are followed by two women gesturing, walking and speaking in a technicolour environment. One comments on the fact that the other’s voice is out of sync with her mouth, after which she herself becomes blurry while the other, out-of-sync woman, remains in sharp focus. Their annoyance and dissatisfaction with the lack of confluence between their real and digitally rendered selves will be highly familiar to any viewer who has battled with a poor connection on Skype or FaceTime.

These digital personas, though at times disjointed and inaccurate, are still easily created and brightly and convincingly “real” in their near-perfection. But the exhibition also draws a dotted line between these and the suspended, undone, fragile or preformed personas that are constantly assembled and reassembled by their bearers and their beholders. Ulla von Brandenburg’s Untitled (2007) is a cryptic arrangement of objects attached to the wall, including, among other things, a black mask, photocopied imagery, a bamboo cane and a sheet of wispy paper splattered with silvery ink. The items seem to invite the viewer to combine them mentally, creating a psychological collage, or to seek a recognisable character in this sinister dressing-up box – perhaps, in less a less formal setting, we are meant to don them or use them as props in our own temporary fantasy or nightmare. Nearby, placed on a spotlit pedestal on the church’s altar/the drama school’s stage, Gillian Wearing’s Sleeping Mask (2004) – an angelic and highly realistic waxwork of a sleeping face – puns on the idea of the sleep mask, designed to shut out the wearer’s surroundings during rest, but also implies its opposite: that it could be worn while sleeping to conceal the vulnerability of the supine, unconscious countenance.

The most intelligent piece in the show is Sue Webster and Tim Noble’s Ghastly Arrangements (2002). Tucked away in an antechamber is a neoclassically carved pot containing an enormous bunch of colourful fake flowers, sprayed with a glossy finish. A horizontal light projection throws a silhouette on to the opposing wall that features not only the outline of the flowers, but also the perfect profiles of two faces, formed by the careful arrangement of petals and leaves. That our identities are made up in part through our taste is made manifest in this room, where the kitsch slickness of the flowers contrasts with the ghostly beauty of the silhouette. Can these two disparate visions truly be connected? Are we capable of objectively assessing our own aesthetic judgments, of knowing how they affect others’ perceptions of us, and of changing or abandoning them once they become oppressive?

There is, at least, the beauty of consensus, of repetition and imitation, and of the measurable success of self-branding to guide the forming and reforming self. The curators address this important aspect of contemporary online culture with artist collective Leo Gabin’s three films Hair Long (2013), Girls Room Dance (2010) and Stackin (2012), all of which appear to show found footage clipped from online video channels. In Hair Long, a sequence shows young girls holding beauty products up to the camera and demonstrating how they use them and how they are central to their daily routines. Their recordings resemble haul videos or the sponsored vloggers who incorporate branded products into the supposed reality of their feeds as a more intimate form of celebrity endorsement. In Girls Room Dance and Stackin, imitated or borrowed cultural identities become theatrical tropes. In the former, girl after girl is seen in lounge after lounge, setting up her camera and grinding into shot before being cut off by the next video. In the latter, similarly dressed young men dance and sing to hip-hop and rap, while a dramatic cello concerto, overlaid by the artist in place of the original music, both faintly ridicules and homogenises their part-private, soon-to-be public performances.

The only work in the exhibition that seems resistant to the notion of fluid or self-shaped identities is Ferhat Özgür’s video Metamorphosis Chat (2009). It is fascinating for the way it presents the tight grip on a well-established single identity being loosened, very slowly, in favour of an acted alternative. The layout of the space means that, for most visitors, it is the last work they encounter, and it is shown down low on one of the balcony’s stepped levels, creating a sense of intimacy between the viewer and the film’s protagonists: the artist’s mother, wearing a headscarf, and her neighbour in modern dress, who are speaking together on a sofa. The neighbour challenges her companion to remove her headscarf, which is met with the response: “If I took it off I would feel naked.” The pair’s discussion leads to them swapping their clothes – layer after layer coming off and being swapped and reapplied, with childlike amusement and unexpected enjoyment. The initial resistance to a changed identity is overtaken by the pleasures of dress-up, and the women’s conclusion (“We were wondering what would happen – but we’re fine”) brings levity to a broader political statement about the repressive traditions of a patriarchal society.

It is this mixture of humour and a serious, almost cynical message that makes One and Other intriguing, if not particularly cohesive. Although it possibly takes for granted the binary “self” and “other” that it describes as its premise, the works selected reveal a more sophisticated understanding of identity: that there are many, many selves within the one; that the formation of character is as much about imitation and repetition as it is about individuality; that the largely immeasurable perception of ourselves from outside is part of that formation and lies outside our control; and, most crucially, that reality and performance are not only indistinguishable, but represent a false distinction. Rather than one and other, they are one and the same. 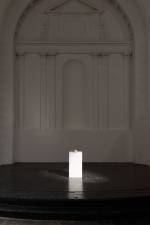 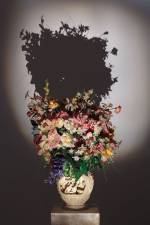 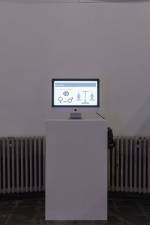 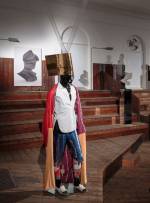