Obsession: Nudes by Klimt, Schiele and Picasso from the Scofield Thayer Collection

Obsession: Nudes by Klimt, Schiele and Picasso from the Scofield Thayer Collection

Stirring and challenging, this frontal look at ecstasy revels in desire as it pits the age-old tradition of nude models against our #MeToo moment 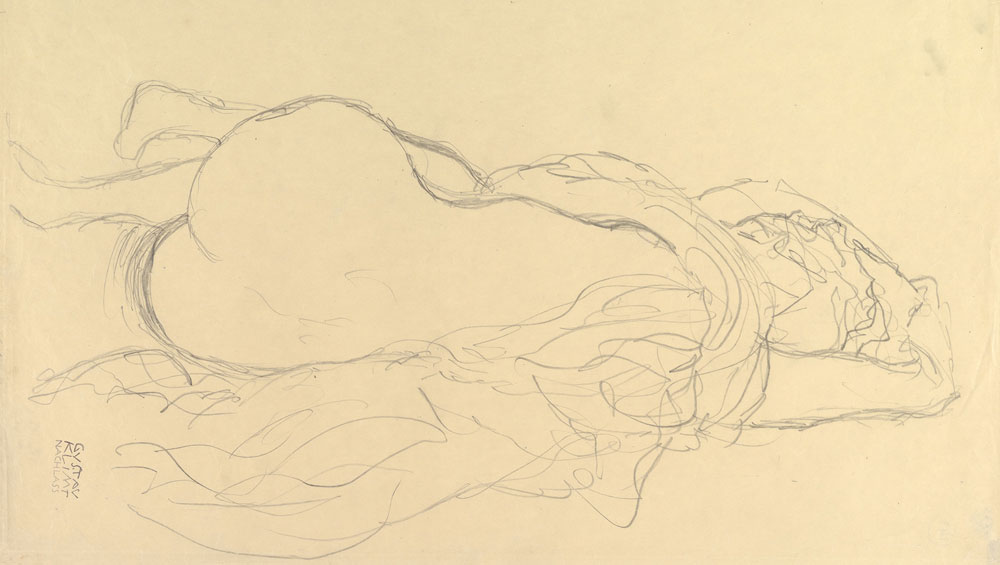 Eros, palely crowned by Wikipedia “the Greek god of affection”, was by most visual records a naughty boy. Not so, Scofield Thayer, the aesthete and textile heir who funnelled a Harvard education into a notable monthly compilation of learned writings and avant-garde musings called the Dial. Culture-bound and tightly held, Thayer would most certainly have led his long life sheltered from the explicit worlds of aroused vulva and splayed thighs (his young marriage occasioned separate houses and the adoption of a child fathered by best friend EE Cummings) had a partial breakdown in 1921 not sped him to Vienna to seek remedy from the great Sigmund Freud. Stimulation overtook cure. Sophisticated, exquisite and unleashed, no aspect of early-20s Vienna was sublimated – the art wrought in its back-street studios least of all.

It stands either as one of Freud’s greatest successes or failures that, during a scant three years of analysis, Scofield amassed more than 600 works of art (fortuitously donated to the Metropolitan Museum of Art) – among them the obsessive drawings addressed here. If obsession is the curatorial umbrella that groups Klimt, Schiele and Picasso (and, by association, Thayer himself), sex is the subject. The best approach, for full impact, is surrender.

Gustav Klimt leads in with the modelled languor of post-coital suffusion – a curved back, arched thigh or flung arm rendered in lines as faint (faded by exposure and cheap paper, or deliberate? The wall text doesn’t disclose) and as fluid as water. These are paid women, whose habitat is the studio and whose costume is flesh. Relaxed, open and frank, their languid sensuality is arousing, yet more suggestive of a woman who tonight will be robed in gold than of one headed back to the streets. So classical is their beauty that pornography is your last thought – and even less plausible, the accusations of degeneracy, depravity and “sick art” that famously greeted Klimt’s 1908 exhibition – until you arrive squarely before Reclining Nude (1913), an all but participatory rendering of lusty female masturbation that will leave you blushing. This should be the work that transitions to Klimt’s protege, Egon Schiele, whose treatment of the same subject five years later is included here.

His mentor’s influence is best seen in the drawings (specifically, those made with crayon or graphite that meander the line around arousal like a caress) although, as with Seated Woman in Chemise (1914), which frames a sexual invitation with lacy lingerie and a palimpsest of male entry, the dial is turned up. Nothing, however, prepares you for the ferocious sexuality that this unbridled artist unleashed by saturating the traditionally tranquil medium of watercolour with the lurid washes of blood. Bejewelled fingers open a raw vagina to volcanic eruption (Observed in a Dream, 1911); a primordial surge surfaces two women from a river of hair (Two Reclining Nudes, 1911).

Barely contained within the confines of lines as jagged as fractals, Schiele’s signature triad of erogenous zones reworks sexuality as full-body stimulation. His triangulation of nipple and labia and the black tuft of an armpit may have originated in the draughtsman’s need for a geometric composition, but together they aggregate such a strong pulse of sexual energy as to catch eye and breath. Unimaginable that, even had the Spanish flu not cut short his life at 28, he would not have burned out. Tellingly, The Kiss (1911), absent of colour, but explicit in its nakedly three-point contact of satyr to nymph, contrasts with the famously same-themed rendering by Klimt to best evidence Schiele’s scaled-up sexuality.

Pablo Picasso, positioned last, although the earliest by the date of his 1903 La Douceur, takes the first prize for prurience. Not, though, not for ecstasy: this poorly rendered oil painting of a prostitute pleasuring a client (announced, by the artist, then denied, to be a self-portrait) was warehoused for more than 60 years, and should have stayed stored. More accomplished in technique but not sensuality, are his drawings of nudes, the Three Bathers by The Shore (1920) posed almost clinically, as if more for composition than intimacy, like a stiff riff on Cézanne.

An exhibition of dead artists invariably revisits their talents as it calls into question their relevance. Since Picasso’s draughtsmanship is long writ in gold, and that of Klimt and Schiele very recently gilded by scorching displays at New York’s Neue Gallerie, what this show must bring to the table, beyond the joy of uncensored sensuality and flawless technique, is what masterfully rendered erotica has to say to us now.

As it happens, a great deal. We in the west have been undergoing a social trauma that, depending on your point of view, is seen as redress or lobotomy. As with all things swift and radical, the #MeToo movement’s purge of predators, perverts and paedophiles that is, thankfully, expunging the hideous fallout of sexual harassment, is sweeping out with the same broom far lesser infringements that, at the very least, should have come up for review. I’m thinking specifically of the “male gaze” by such as Balthus, Thomas Eakins, Lucian Freud, Robert Mapplethorpe, Carroll Dunham and John Currin heretofore shown front and centre, but now giving museums and galleries pause; and, historically, of a tradition of nude models that goes back to the near beginning of art history. Fast forward from the fulsomely roseate stone age Venus of Willendorf (model and goddess?) to the 2,400-year-old Phryne – the Athenian “thespian” who won a court case by baring her breasts and even more famously posed for the sculptor Praxiteles for the disproportionate payment of his favourite sculpture (not coincidentally, the Eros), and the question arises, who was harassed? Indeed, the nude model constituted an above-board profession – on the payroll of London’s Royal Academy; a siren who drove artists to suicide; a heroine to champions such as Édouard Manet; a gift to aspiring artists, male and female alike, and a studio staple – compensated with cash, free meals, often lodging, and vied for as a rung up the ladder to the coveted position of courtesan (another victim of revisionist history).

There ever has been, of course, the flip side: sexual abuse is as old as sex itself, and we have finally rightly drawn the line that should not be crossed. The injurious power over models that fed the Pygmalion fantasies of the fashion industry’s icon photographers is now viewed as criminal and their careers have been justly aborted.

What, though of the work? Those magazines are still out there, many in institutions of high learning, and no one has suggested the prurient shoots be ripped out. And where does the line fall between sexual and lewd? “I don’t do nude, I do naked,” Eric Fischl famously said: his demarcation may be glib, but there is one – marked partly by context and largely by quality. It still stuns that the Whitney ignored both to exhibit as art Jeff Koons mounting Cicciolina. What, too, of the female gaze so deplored by the feminists? Marilyn Minter’s Porn Grids? Tracey Emin’s trashed odalisques, Sally Mann’s nubile children, Lisa Yuskavage’s fertility portraits.

For dead artists, the question should be mute. Doubly startling those graphic presentations of Emilie Flöge, in that she was Klimt’s lover not his wife, but doesn’t his masterful draughtsmanship rescue her from pornography? Picasso’s abuse of his muses is well documented, but should their portraits be confined to the basement? Acceptable that the sentimental oil paintings by Puvis de Chavannes so beloved by Hitler take pride of place at the Metropolitan Museum, but why do his drawings of leering male lutists gouging instruments shaped like nude female bodies languish in the Louvre’s archives? Understandable that institutions are working out a show/not show response to Schiele’s overt depictions of 10-year old girls and the seduction (never proven) of a teenager, but is the best response not that of a wall text – as addressed here by the Met Breuer?

Redress has a long history, of course, of swinging too far in one direction to come back to the mean. Tragically for its victims, but happily for this exhibition and all that has made this art possible, it is happening only now. 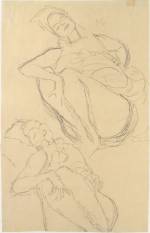