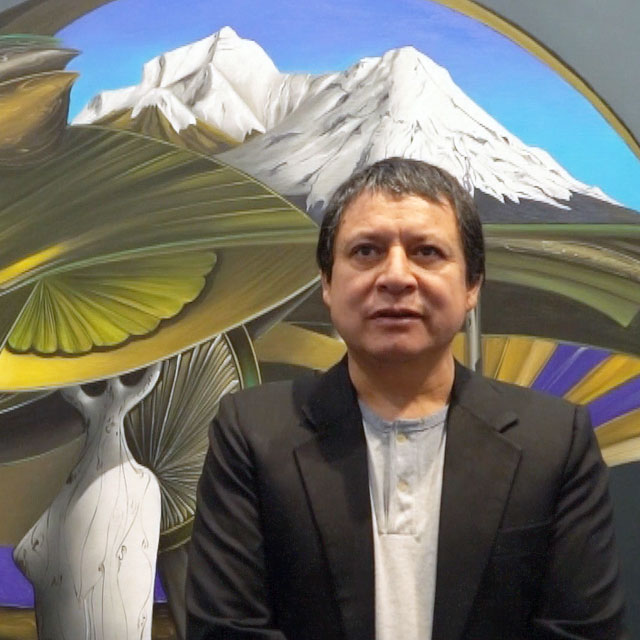 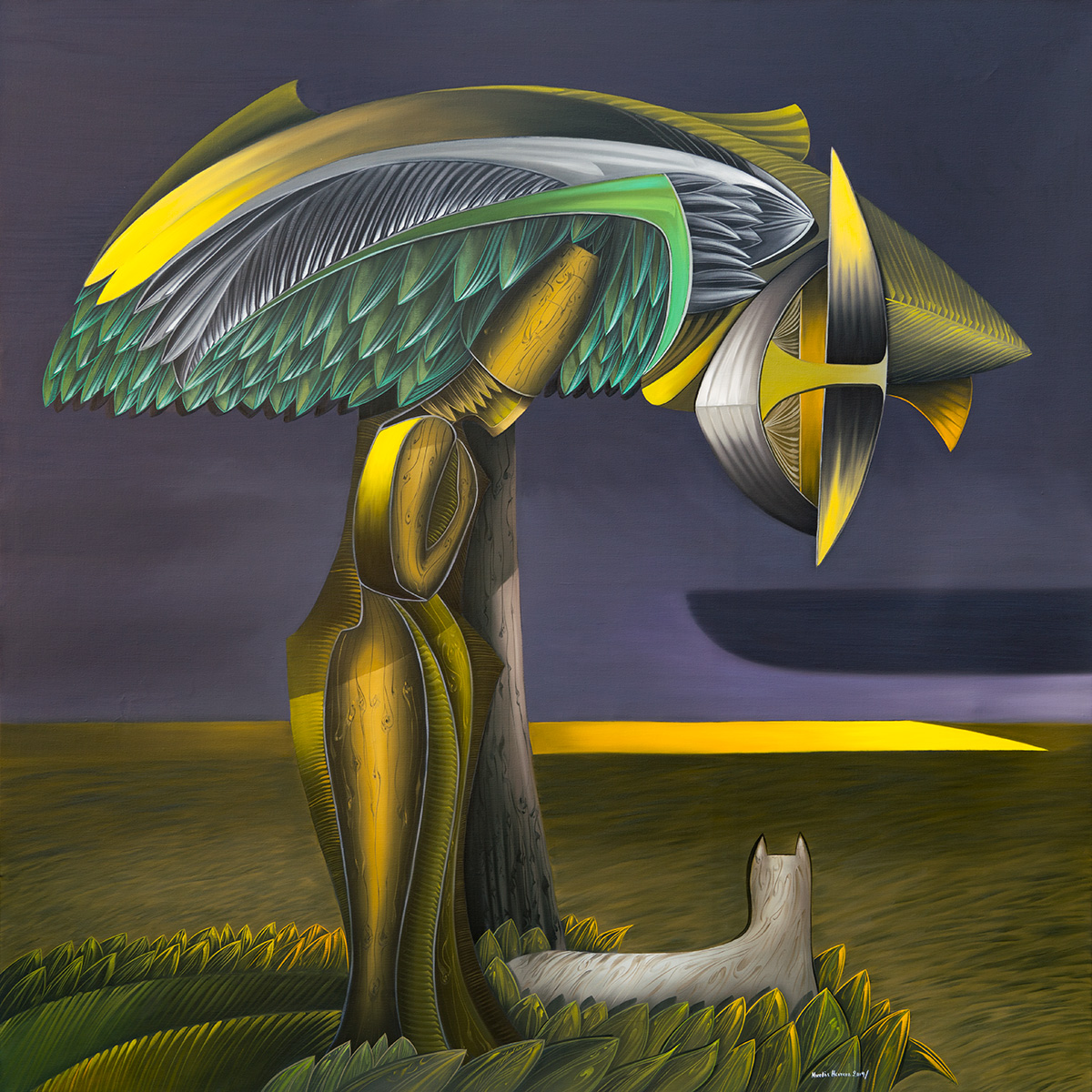 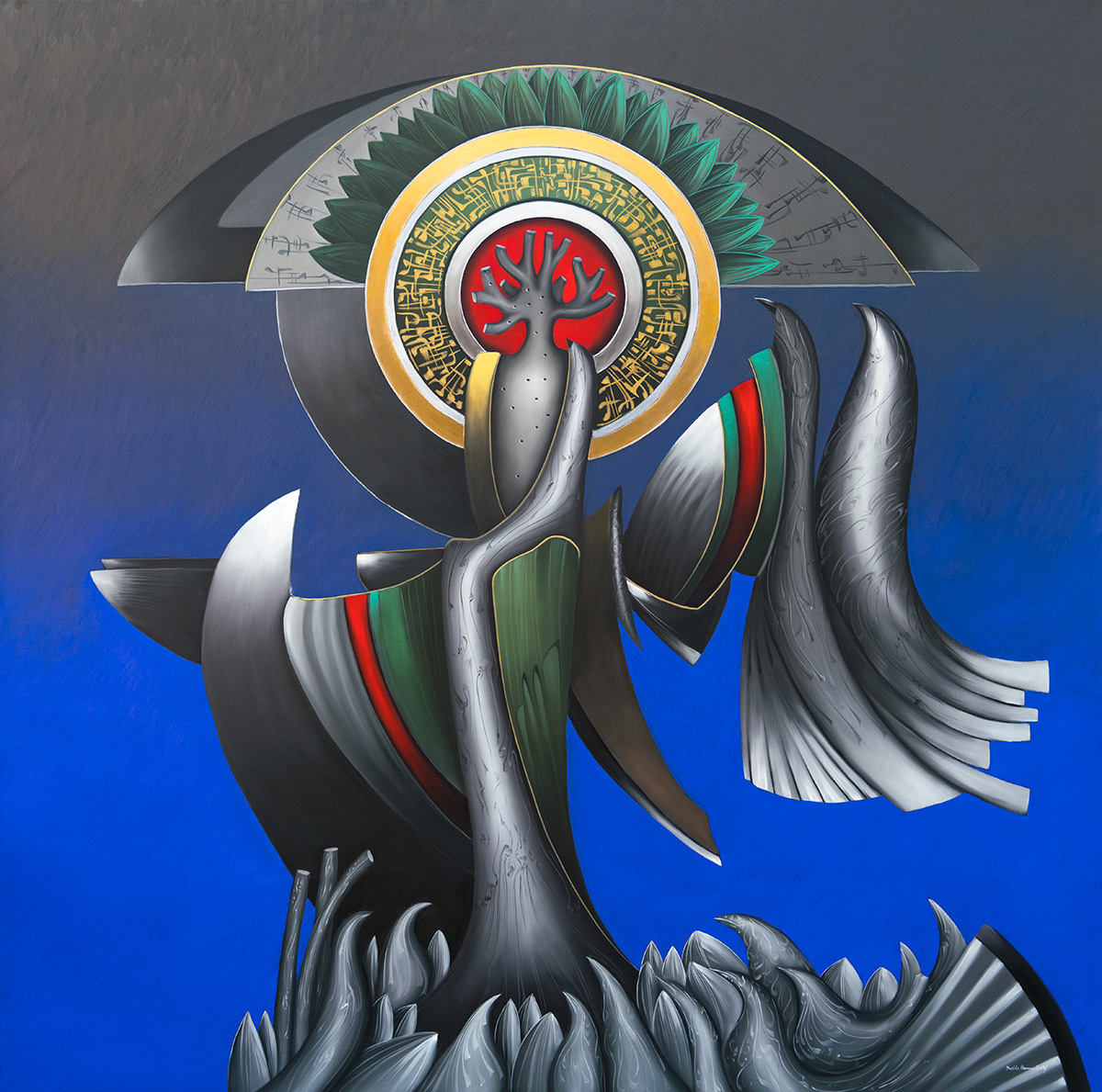 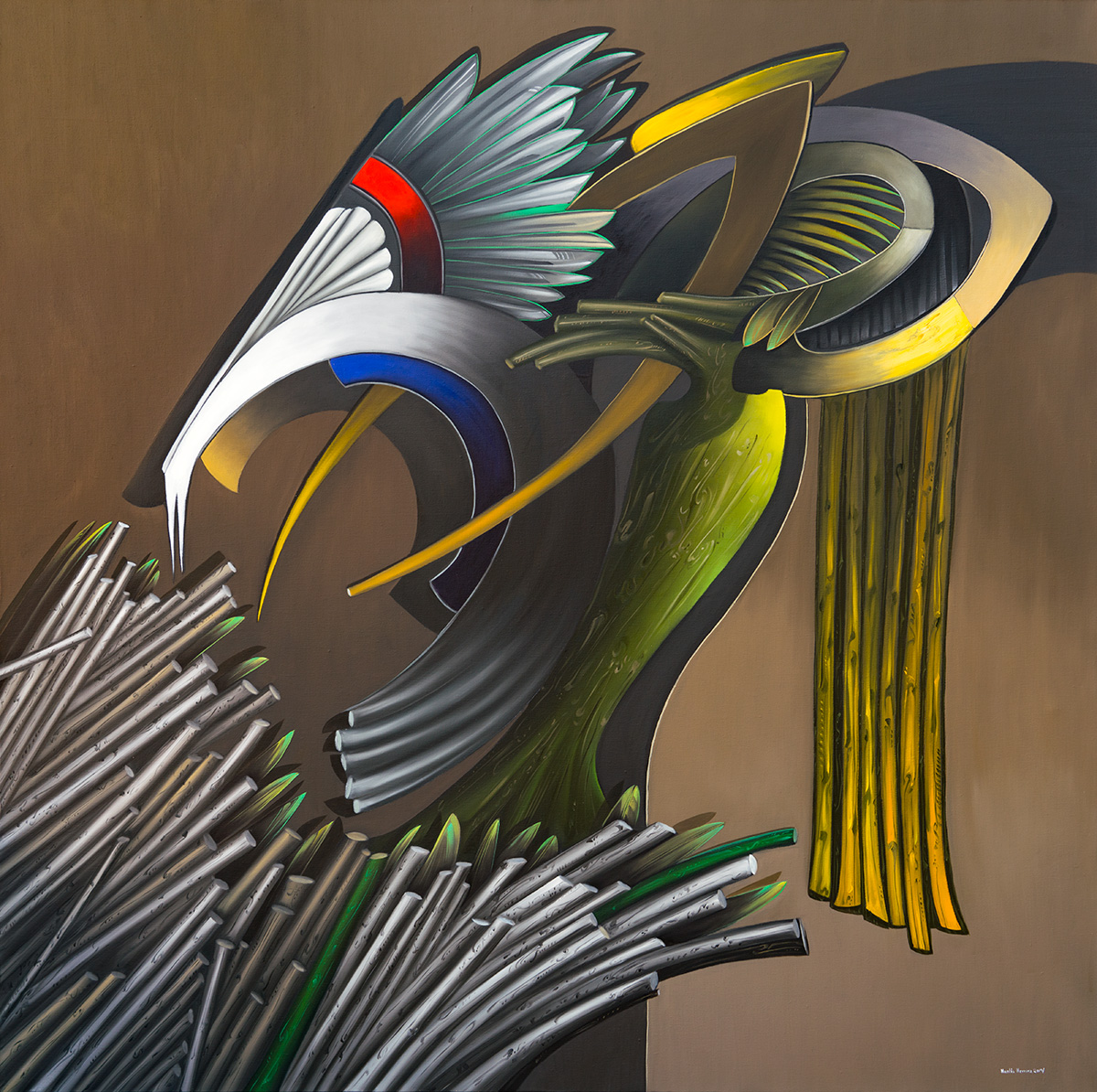 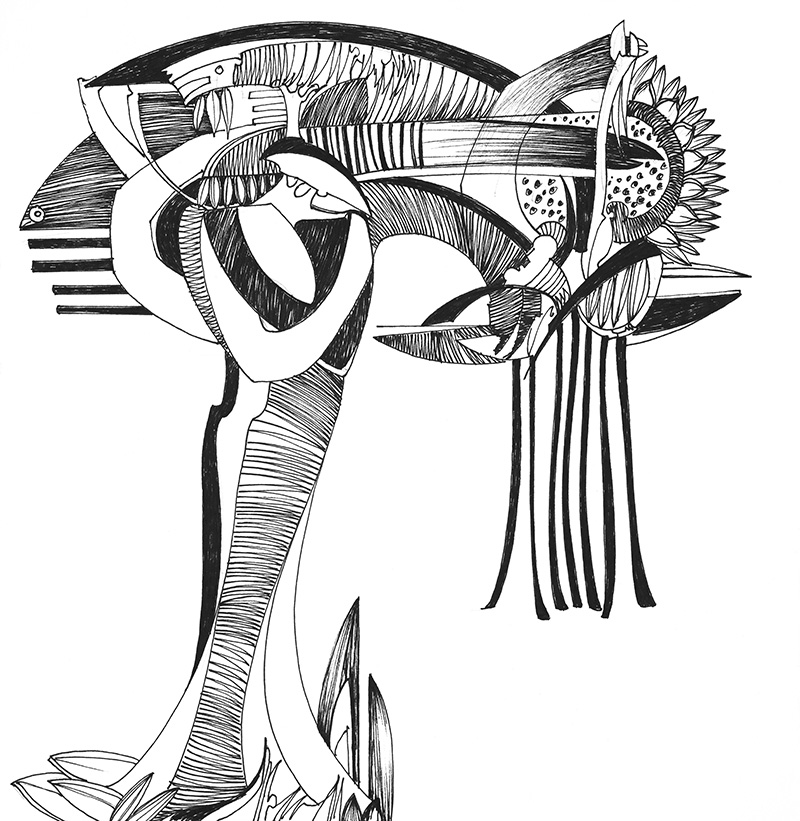 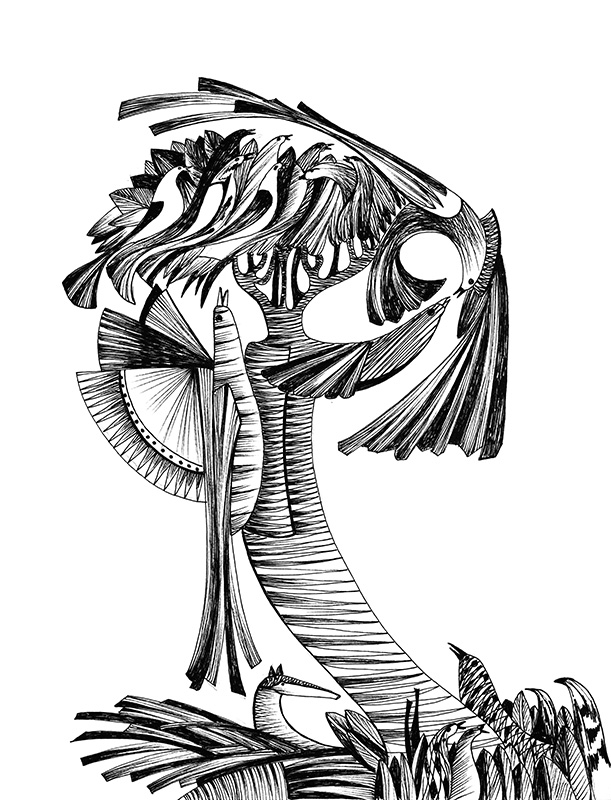 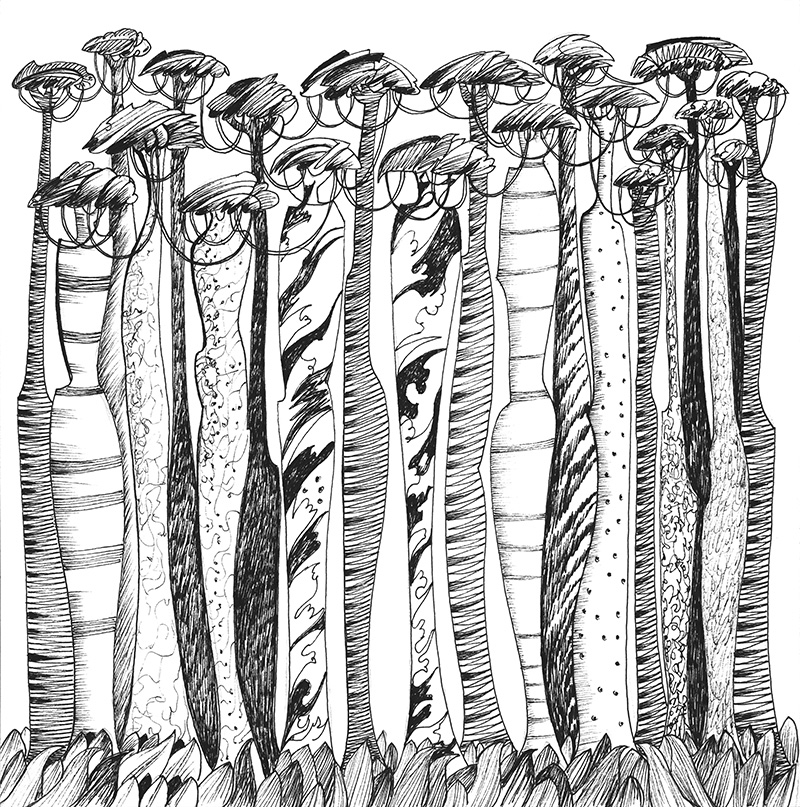 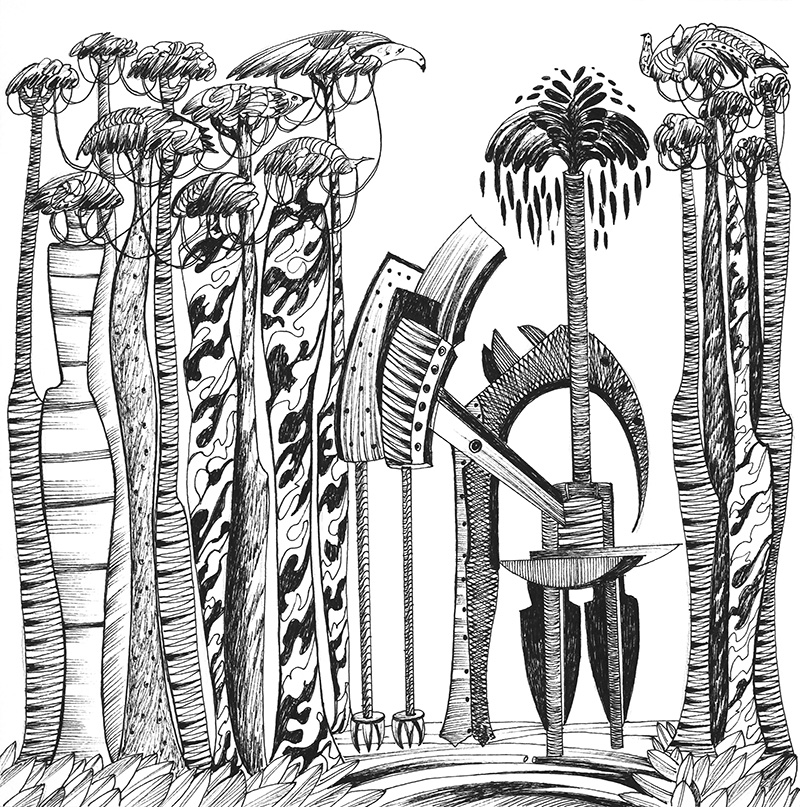 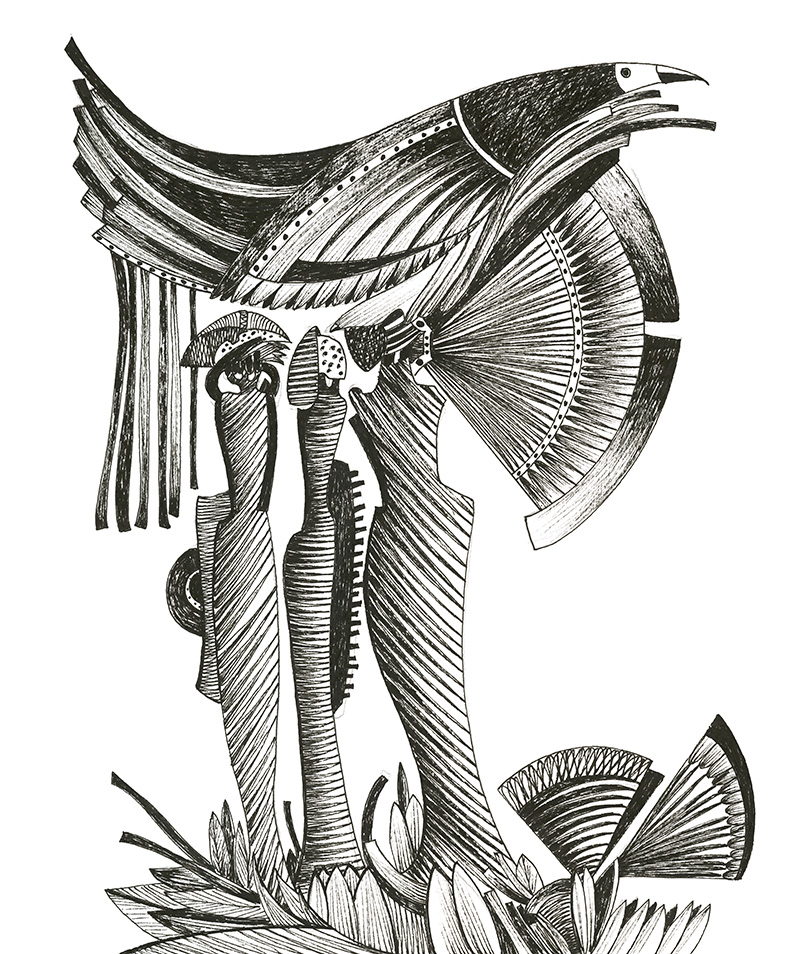 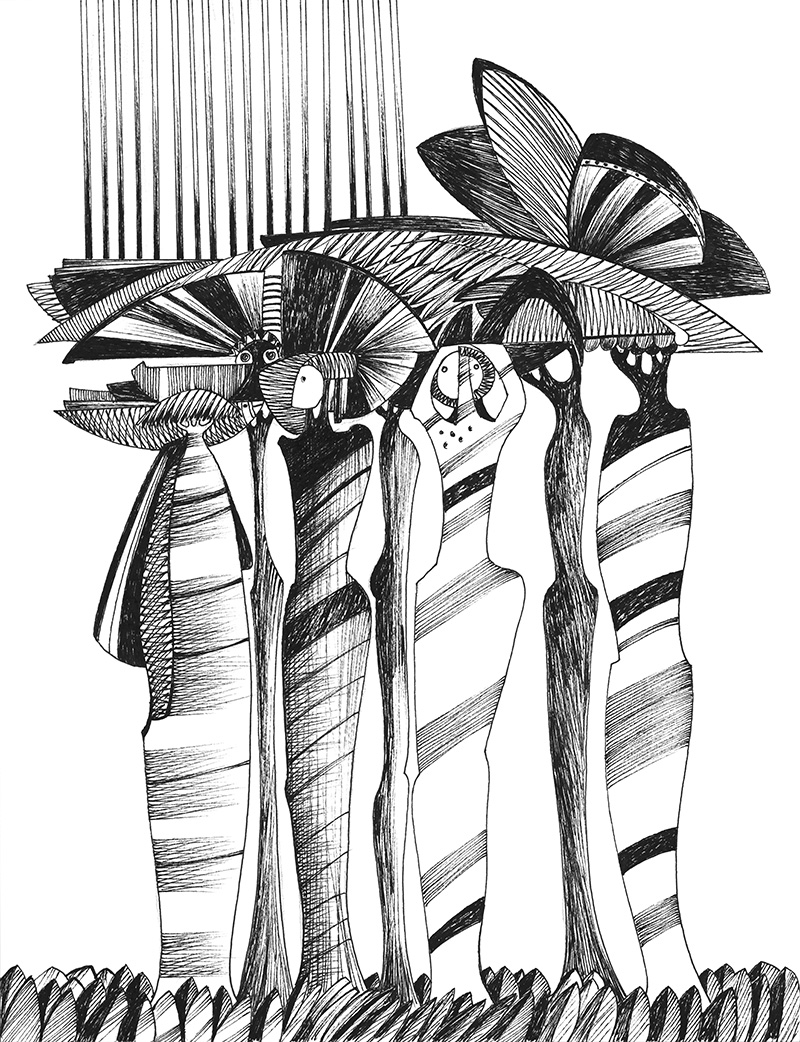 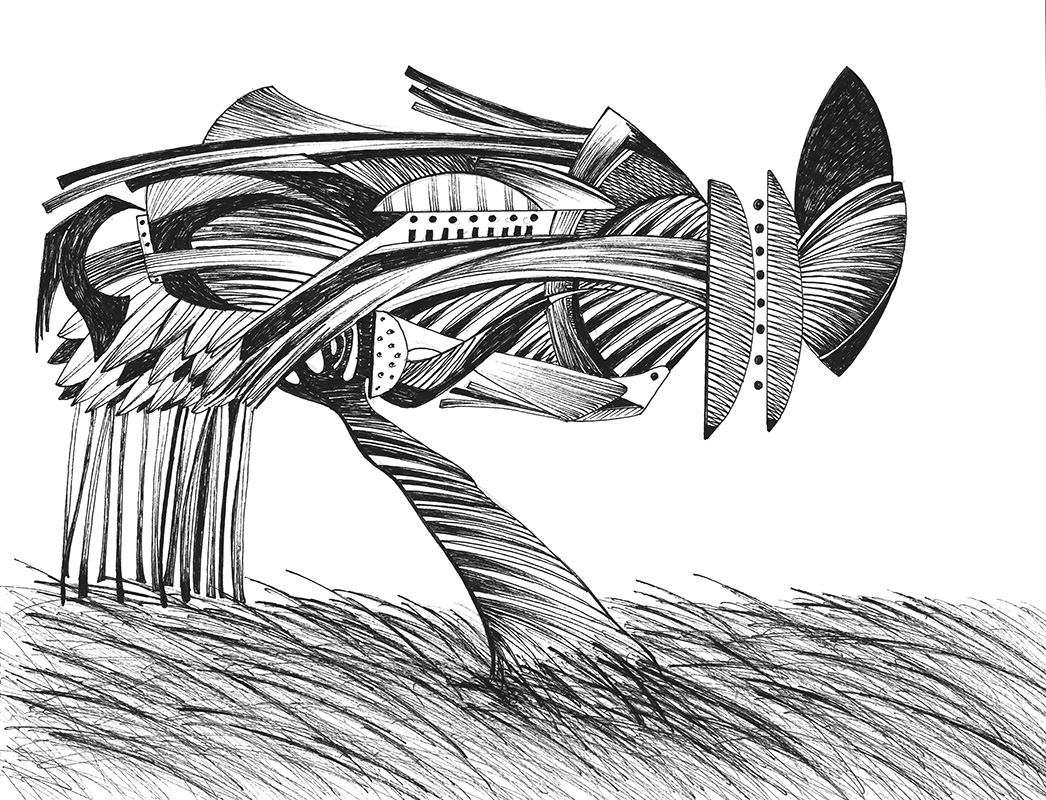 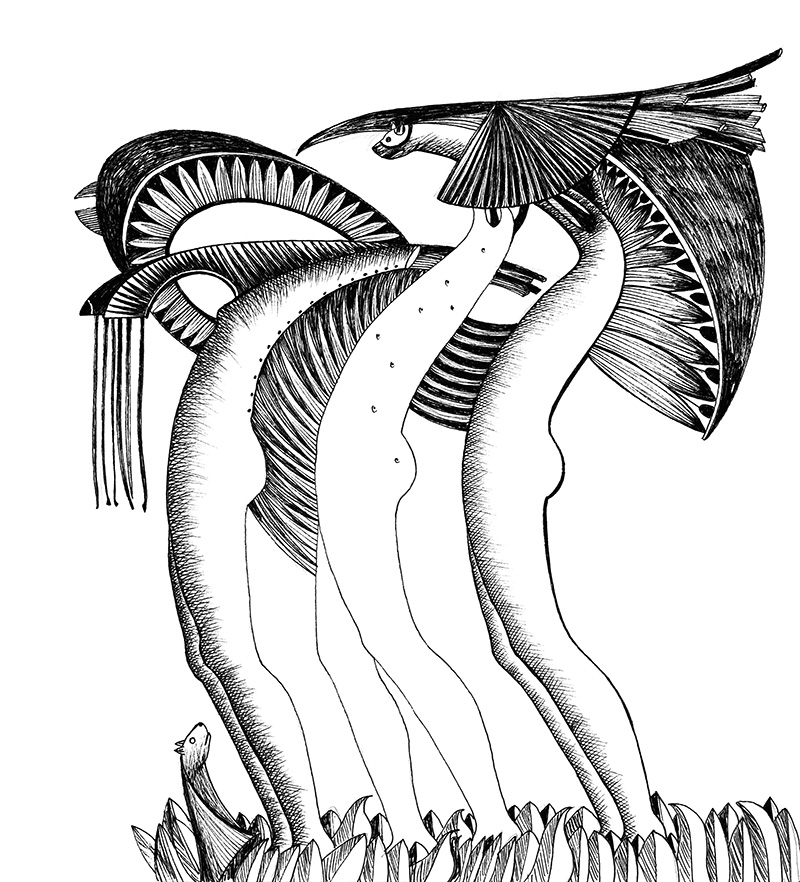 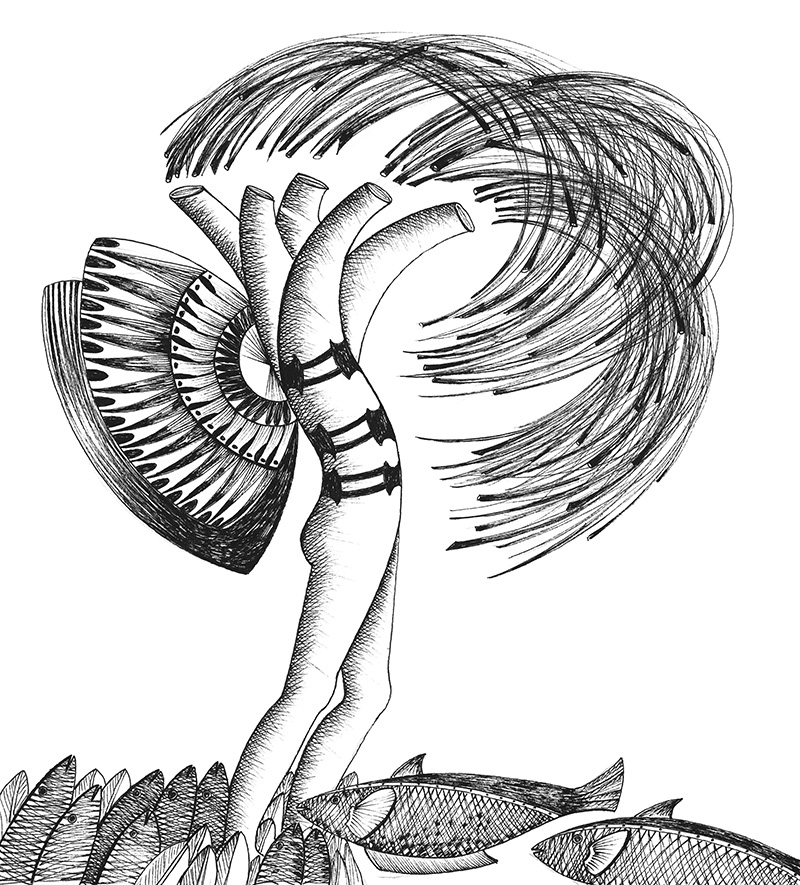 Enchanted Nature: Deforestation and the Environment, on show in Beijing, is an exhibition of 61 drawings and 12 large-scale paintings by Latin-American artist Nicolás Herrera

The drawings and paintings for Enchanted Nature: Deforestation and the Environment emanate from Nicolás Herrera’s poetic mind and are inspired by his native country of Ecuador and the amazing Amazon forest and the lamentable yet predictable consequences of globalisation. Although he has painted nature throughout his career, this is the first time that he has created a set of large-scale paintings and on a specific theme that affects, and is caused by, humanity.

From 61 drawings, 12 were selected and painted on-site in Beijing. Through his style, composition of elements and colour palette, he has dramatised the importance of preservation and conservation. These works include trees, birds and animals, but here trees become human figures, leaves become birds, animals or insects. These magical works, composed to excite the viewer’s imagination about the environment, are installed in the main and adjacent galleries of the Arthur M Sackler Museum of Art and Archaeology at Peking University. 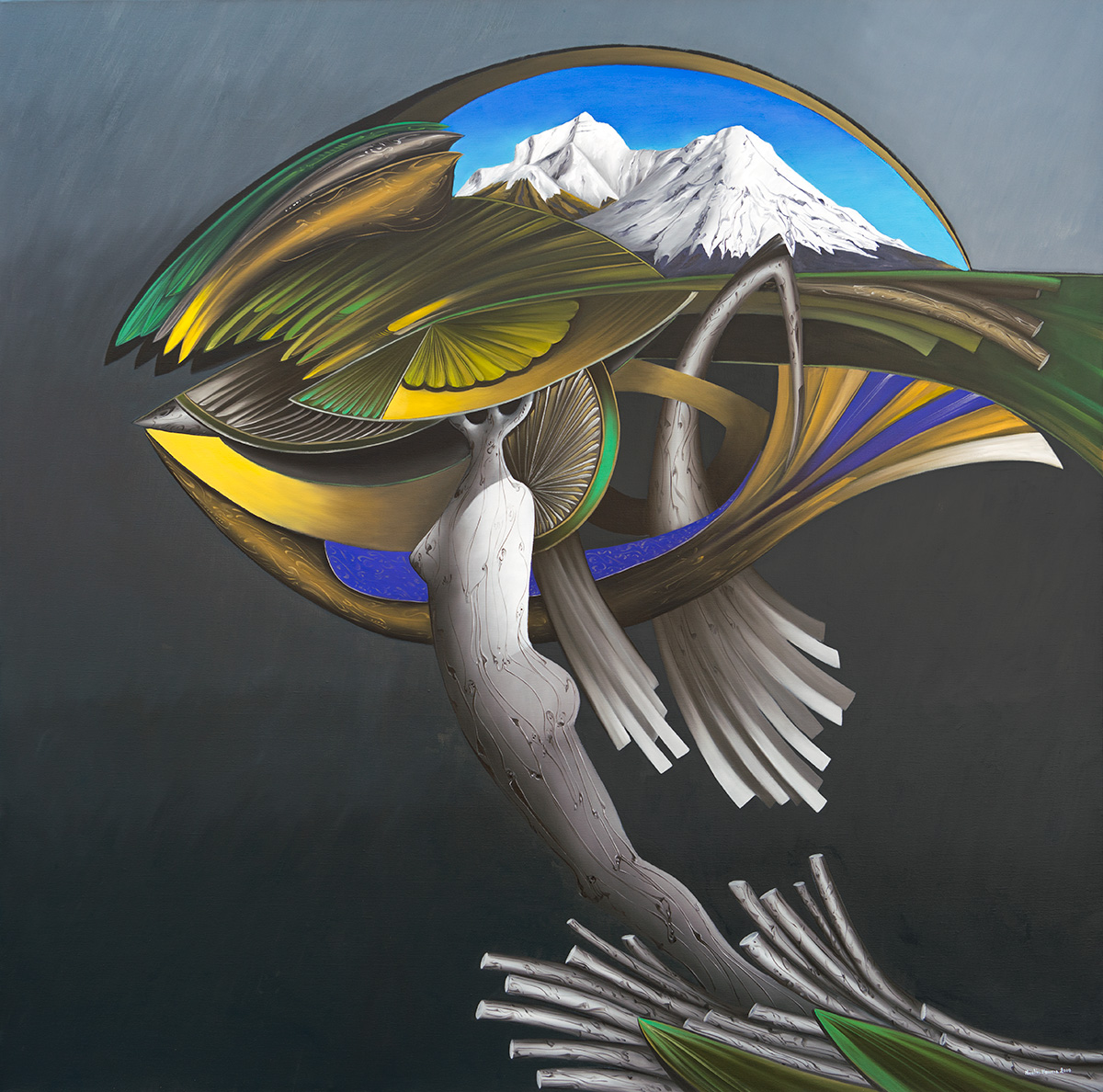 As the standard of living has increased in developing nations, so has the demand for specialty hardwoods for architecture, flooring and furniture. Some of these hardwoods can only be found deep in the Amazon forest. To reach these old virgin trees, a web of illegal roads has been created throughout the Amazon. As the number of roads increase, so does the number of trees being cut down. It is estimated that more than 20% of the trees have been felled in the past four decades, which is more than we lost in the previous 450 years. 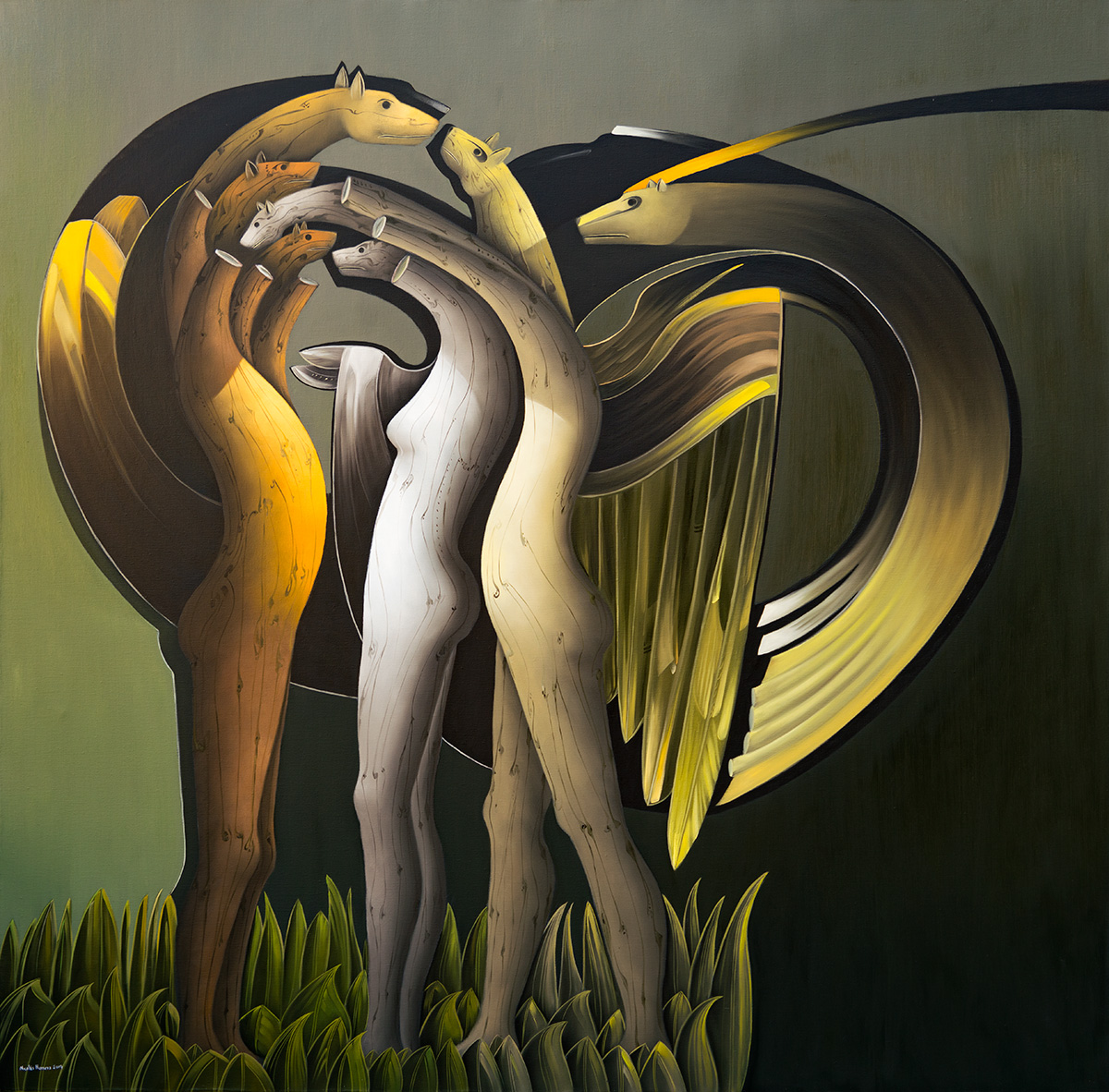 Deforestation greatly affects the environment because it depletes the supply of oxygen globally. It can also cause drought and fires, ruining rivers and communities that depend on the rainforest for daily living. A forest gives birth and protection to thousands of species of animals, birds and insects, and deforestation changes climate and kills the ecosystems that sustain life. 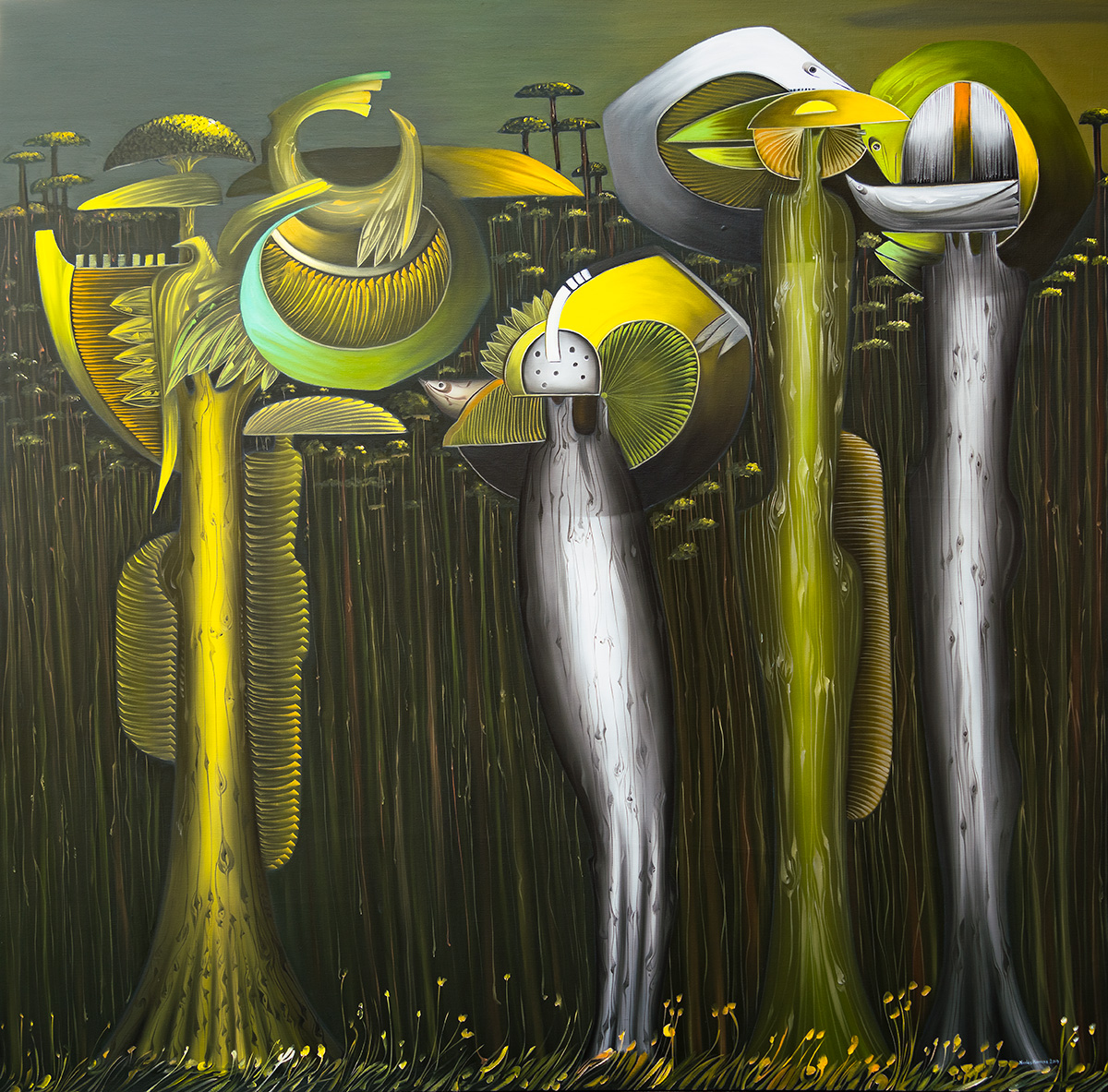 Deforestation triggers an avalanche effect. Once trees are cut and cleared, in unprecedented numbers, thousands of acres become fertile grounds for farmers, or speculators in oil, gas, gold, silver, copper and precious metals, and the forest is no more, all destroyed in the name of progress. 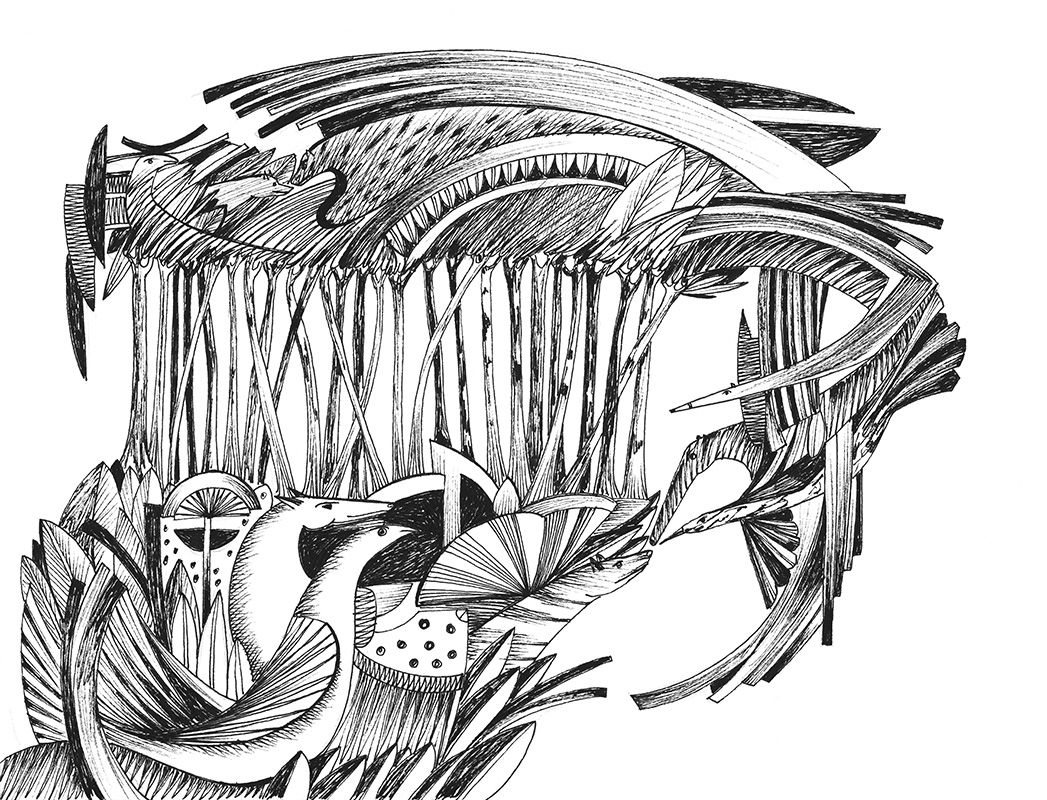 As you read this, hundreds of acres are being lost each day. If we do not start using materials other than wood for construction and decor, we will have no Amazon rainforest and the Earth will cease to breathe.

Ecologically, Ecuador is one of the most diverse countries in the world. In a small 25-hectare plot of the Yasuni National Park, in the Ecuadorian Amazon region, there are 1,100 species of trees, 600 species of birds and 170 species of mammals, more than in all of North America. It is for this reason that an artist from this country was chosen to create works that showcase fauna and flora in a mysterious, mythological, magical, dynamic manner and in full colour. 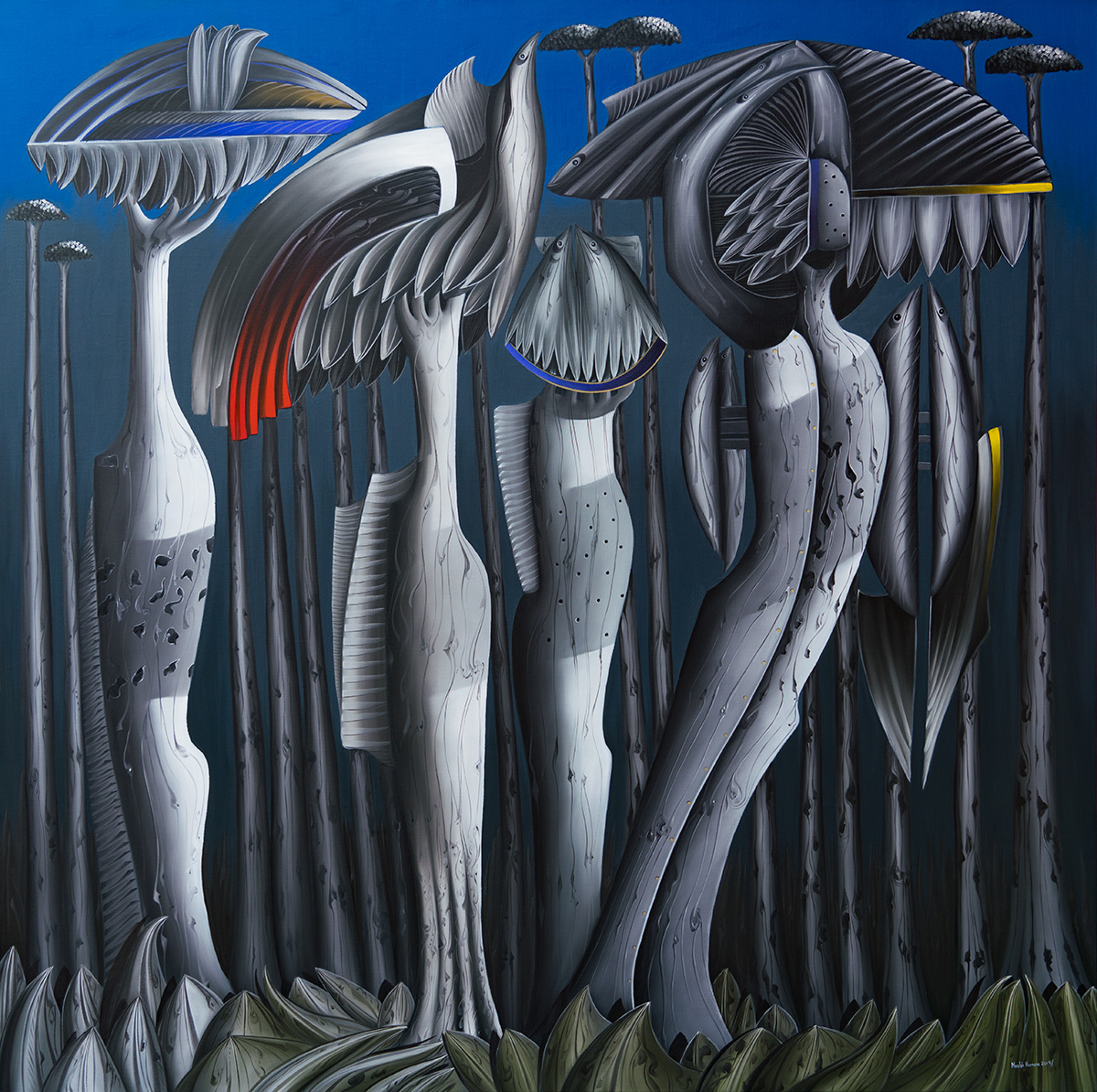 Herrera’s work, unconditionally and with intent, trumpets his native Ecuadorian cultures, traditions and folklore. Who better to present works on this subject than a man who has dedicated his life to creating inspiring, touching, heartfelt cultural work that reflects his love for nature and the environment.

Before Herrera flew back to Ecuador, I asked him about leaving his work behind in Beijing, and in his poetic way he replied:

After spending 40 days in China,
I will stay for ever
and will remain here,
for ever in China,
maybe not physically,
but the works that I leave behind,
will tell about me,
and they will know about my existence. 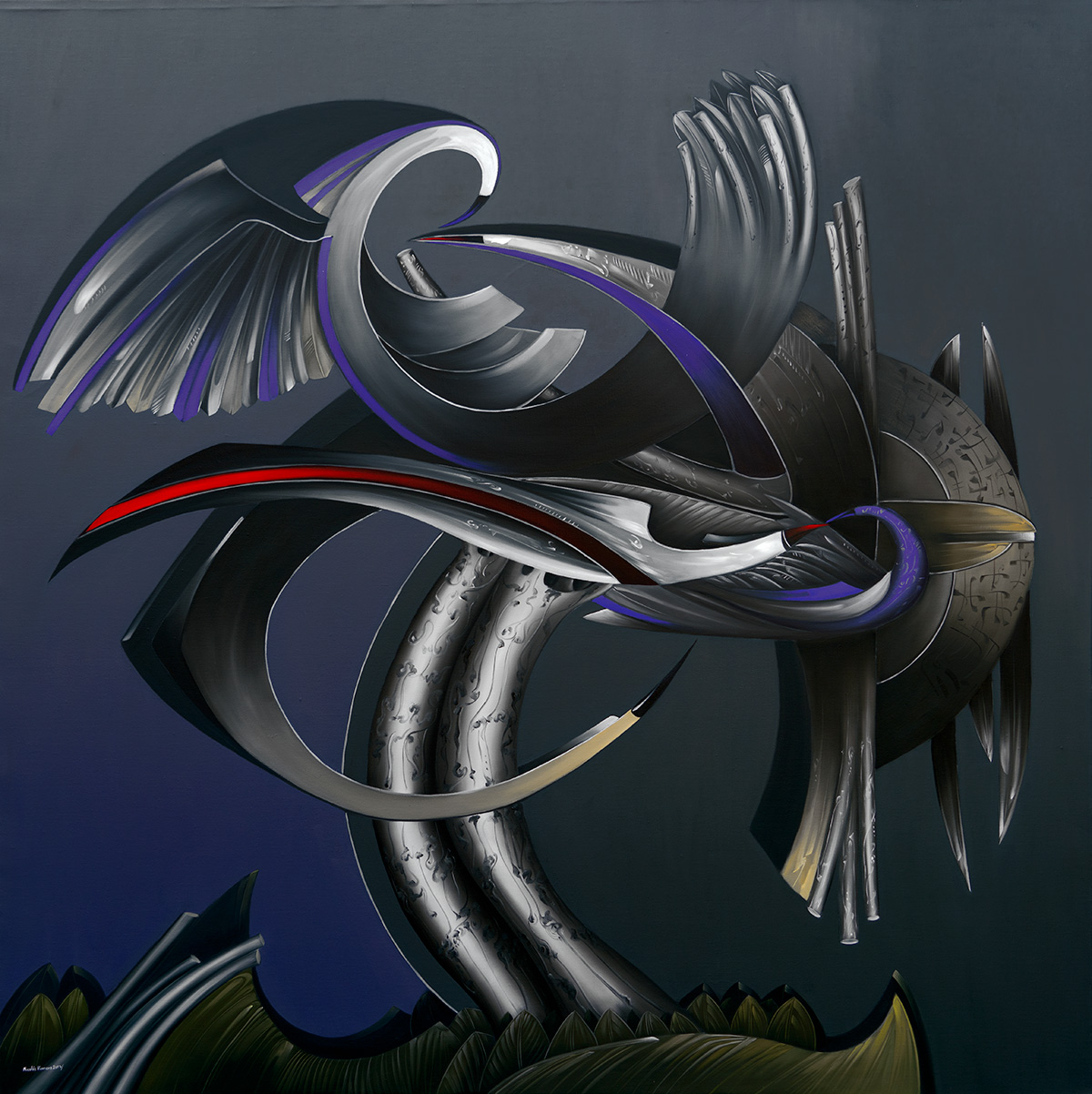 In his native Ecuador, Herrera received numerous awards, including the prestigious Luis A Martínez First National Painting Prize and the Ambato and First National Painting Prize from Salón Mariano Aguilera, Quito, among others. By selling one painting at a time, he built his own museum in Ibarra to house and exhibit his paintings and sculptures and to exhibit works by other artists. Apart from numerous exhibitions within Ecuador, he has exhibited widely, including in the United States of America, Germany, France, Spain, Switzerland, Israel, Colombia, Panama, Chile, Peru and Mexico. He has been in group shows with internationally acclaimed artists, including Salvador Dalí, Wifredo Lam and Rufino Tamayo, and with great masters from his native country, such as Gilberto Almeida, Eduardo Kingman and Oswaldo Guayasamín.

• Miguel Benavides, editor of Studio International, established this international artists’ exhibitions program in China and is also the chief curator.