Treasures of the Ming Dynasty are Unearthed in Jingdezhen

Treasures of the Ming Dynasty are Unearthed in Jingdezhen

In its recent exhibit of Ming Dynasty porcelains, the Arthur M Sackler Museum of Art and Archaeology at Peking University displayed more than 100 works discovered in imperial kilns in Jingdezhen, China. Not only was this a chance to see beautiful vessels created during this period, but the Sackler exhibit is notable for restoring what had been considered lost to posterity. The Museum's 'Exhibition of Special Collections of Ming Dynasty Imperial Porcelains Unearthed in Jingdezhen' opened in early May and closed at the end of August 2006.

Jingdezhen is located in the northeast of Jiangxi Province in east China and has, historically, been called the 'Capital of Porcelain'. The area's abundant natural resources have yielded superior works of art and craft; these resources include a porcelain clay of outstanding quality; kaolin minerals for glazes; and wood used as fuels to burn and heat the kilns. Due to its extraordinary natural and geographical advantages, Jingdezhen has been the most important location in China for producing porcelains. During the Song and Yuan dynasties, the ruling elite established official kilns in Jingdezhen. During the Ming Dynasty (1368-1644), from the second year of the Hongwu emperor (1369) through the late period of Ming, the government set up additional kilns at Jingdezhen to produce porcelains exclusively for the ruling classes. The remains of these kilns are located in the Zhushan region, in the heart of contemporary Jingdezhen City, and have a total area of more than 54,000 square metres.

Although many pieces of fine porcelain were produced, the imperial judges chose only flawless examples. The reputation of Jingdezhen porcelain was so great that only the best could be offered as an example. As a result, a large number of porcelains were rejected and subsequently destroyed so that they would not fall into the hands of commoners. Certainly, protecting the reputation of such esteemed vessels was at stake, but the authorities were also fiercely guarding the techniques used to produce them. Rather than merely discard cast-offs, the rejected porcelains were broken into pieces and buried.

The Sackler exhibition featured, in reassembled form, such broken, buried and rejected porcelain objects, including works produced during the reigns of Ming emperors Hongwu, Yongle, Xuande, Zhengtong, Chenghua, Hongzhi and Jiajing. The variety of works include bowls, jars, cups, plates, building hooks and plum blossom vases. Some are considered by scholars as rare and very precious.

It is unfortunate that a lack of historical documents leaves many questions unanswered about how the craftsmen worked at the imperial kilns. We know they were employed by the royal family, then assigned to one of several workshops. The workshops functioned around specific objects: bowls created in one, jars in another, for example. As in assembly-line production, each worker was responsible for a specific step. Their works were then and are now considered to be fine art, but the method of production did not put creative control within the hands of any one craftsman. The ultimate judge of quality was a representative of the royal family, whose seal of approval meant an object would eventually become among the most prized in some collector's holdings.

Most of the objects in the Sackler show were culled from several archaeological excavations in Jingdezhen conducted from 2002 to 2004 by a joint team of researchers from the School of Archaeology and Museology at Peking University, the Cultural Relics Archaeological Research Institute of Jiangxi Province and the Jingdezhen Porcelain Archaeological Research Institute. By exhibiting these rare discoveries, the Sackler Museum has provided valuable materials for further study on Ming porcelain manufacturing techniques and made available to researchers important information about the imperial kiln managerial system of the Ming Dynasty. While much remains unanswered, the exhibition has added to our knowledge of the elusive history of Jingdezhen porcelain. 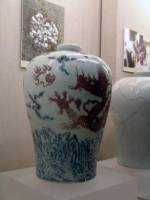 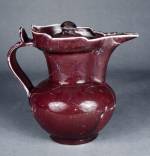