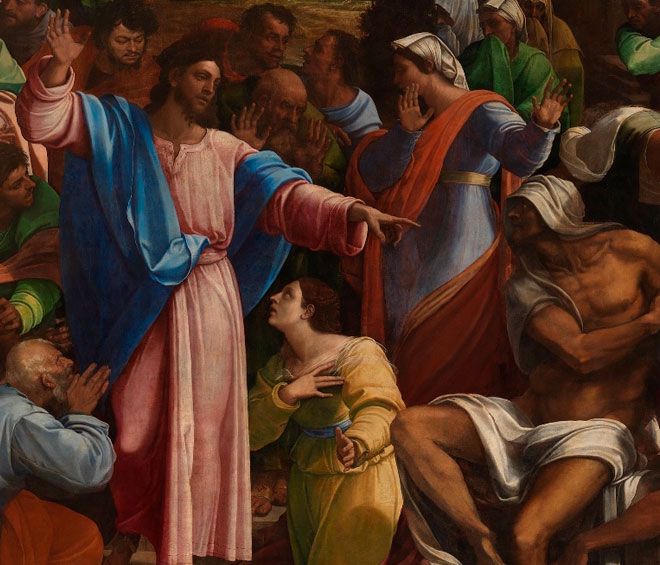 As I think it’s safe to say of all of us, there was more than one facet to Michelangelo Buonarroti’s personality. There was Michelangelo the genius, Michelangelo the friend and Michelangelo the grumpy git. The Venetian painter Sebastiano Luciani, also known as Sebastiano del Piombo, witnessed all these aspects of the artist’s personality first hand, and the story of their relationship is a brilliantly illuminating one. But he was not alone and even those at the highest echelons of society experienced Michelangelo’s hot headedness and pride. Pope Leo X called him “terribile … One cannot deal with him,” to which Sebastiano protested that his friend’s “terribile character did not harm anyone”. Michelangelo also fell out with the wealthy Medici family of Florence – who had acted as patrons and benefactors to the young artist – failing to take their side when the city turned against them. He later regretted it. Even his biggest fan, the biographer Giorgio Vasari, was on the receiving end of the artist’s anger when he reported in his Lives of the Artists that, as a boy, Michelangelo was apprenticed to Domenico Ghirlandaio. Michelangelo was incensed and denied receiving any tuition; his genius was God-given and nobody should be credited with helping him.

For 25 years, give or take, Michelangelo and Sebastiano were close friends, a friendship apparently born from the former’s rivalry with Raphael. Michelangelo was godfather to one of Sebastiano’s children and when Sebastiano had a crisis of confidence, his confidant wrote to rally him (“Don’t say that you are not unique, when I write and tell you that you are …”). And this friendship bore some remarkable collaborations, remarkable because Michelangelo was not one for sharing the limelight. He drew studies and designs for his friend’s commissions and was, in turn, influenced by the subject matter of Sebastiano’s paintings.

The Raising of Lazarus (1517-19) is a perfect example of this meeting of minds. Sebastiano, an adept painter of group dynamics, draws on his Venetian love of colour with more than just a nod to Giorgione. Jesus gestures at the risen body of Lazurus as the attendant crowd looks on, some amazed, others disgusted. Lazarus’s sister, no doubt wishing they would put her brother back, covers her face to guard from the smell of the open tomb. It is not difficult to spot Michelangelo’s contribution. He designed the huge twisting figure of Lazarus and his muscular attendants, who are coloured with Sebastiano’s earthy skin tones.

There are many gems in this exhibition, but one of the most captivating is Michelangelo’s The Risen Christ. He made two versions; the first, exhibited here, is an original, the second is a plaster cast of the original, which remains in Santa Maria sopra Minerva in Rome. Both statues depict Christ with the cross, but he is not the emaciated figure of so many paintings of the period. Instead, he is athletic and strong, herculean even. For Michelangelo, and the like-minded patron who commissioned this statue, the risen Christ should represent the immortal spirit, the superlative human embodiment of the divine as realised by the, albeit pagan, classical masters of antiquity. But more than this, Jesus is completely, heroically naked and this is extremely unusual in depictions of the adult Christ. Michelangelo meant no disrespect. Instead, he is trying to show that Jesus has triumphed over death a fully intact, perfect representation of divine beauty manifested in flesh.

The first version (1514-15) was abandoned close to completion and finished by an anonymous hand in the early 17th century. Michelangelo, on reaching the face, found a black vein running through the marble and that just wouldn’t do for an immaculate body. So he started again and managed to improve on his first version in which Jesus holds the cross with both hands, while looking serenely over his shoulder. One leg is stepping forward and the slight twisting of his torso causes a tensing of his muscles, accentuating the dynamism and grace of the resurrected Jesus as Michelangelo saw it. When it came to finishing this statue, however, he was plagued by more earthly concerns. Sebastiano acted as middleman for its installation and related details of the terrible finishing touches added by Pietro Urbano, Michelangelo’s valued assistant. The hands, he reported, “look as though they had been worked on by people who make doughnuts”.

The drama and disruption of the Sack of Rome (1527) marked a shift in Sebastiano’s outlook. “We have been through fire and water,” he wrote to Michelangelo in 1531. “Let us thank God for everything, and let us spend the few years that remain to us to live as quietly as we can … I don’t feel I am the same Bastiano that I was before the Sack.” In that same year, he took holy orders and became less productive. His painting, too, altered dramatically, although his newly ascetic style was not without value and influence.

Michelangelo, however, had no intention of slowing down. In 1534, he made preparations to begin painting the Last Judgment on the wall of the Sistine Chapel. Sebastiano made arrangements for the surface to be prepared for oils, but after some time, and possibly even an attempt at painting the wall in this medium, Michelangelo ordered that it be prepared anew for his preferred fresco technique, stating, according to Vasari: “Painting in oils was an art for women and for leisurely and idle people like Fra Sebastiano.” Vasari goes even further: “He never forgot the affront that he considered himself to have received from Fra Sebastiano, against whom he felt hatred almost to the day of the friar’s death.”

This exhibition tells the story of this fruitful friendship – and its eventual demise – beautifully, and anyone with more than a passing interest in the colourful world of the Renaissance will find themselves absorbed by the letters and intimate sketches displayed here. Although Sebastiano is not the most celebrated Renaissance artist, he was not without considerable talent and “a man who was never anything but humorous and amusing; and, in truth, a better companion never lived,” as our friend Vasari would have it. The same complements were not extended to Michelangelo. 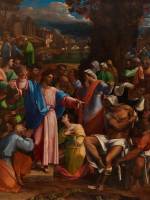 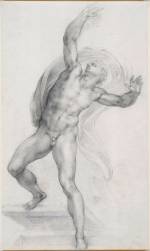 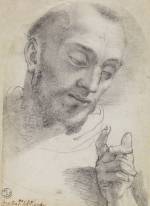 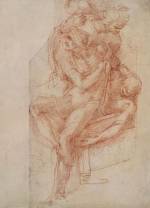 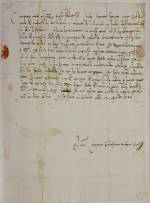 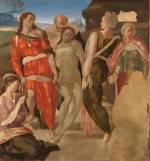