Although 2008 does not mark a centennial birth date or major anniversary in the career of one of the twentieth century's greatest artists, Mark Rothko (1903-1970), his name has figured largely in the international art scene during the past year. Joining the exemplary shows celebrating Rothko in 2008 (Tate Modern's exhibition in London presenting Rothko's late works and The Seduction of Light: Ammi Phillips/Mark Rothko, Compositions in Pink, Green and Red at the American Folk Art Museum in New York, both reviewed by Studio International), is one held at the Hamburger Kunsthalle Museum in Hamburg, Germany, earlier in the year. The show, Mark Rothko: The Retrospective, brought together more than 110 works, including large canvases and works on paper. The majority of these works come from the private collections of Rothko's daughter, Kate Rothko Prizel, and son, Christopher Rothko, and have rarely been displayed for audiences in Europe.

The curators of the Hamburgurger Kunsthalle took a historical perspective, from the beginning of the Latvian-born American artist’s career in 1936 when he was 33 years old to his latest works painted in 1969, one year before Rothko committed suicide.1 Most visitors would have been familiar with Rothko's classic style, developed from his mid to late period: the mesmerising flotation of colours on large canvases which seem to immerse viewers in an otherworldly universe. These have been reproduced on calendars, cards, journals and other consumer items and distributed throughout the world for popular audiences. No doubt, many of the same visitors were surprised to discover where Rothko started, as exemplified by the first three works in the show, untitled portraits painted in the late 1930s. The human figures do not have facial expressions and are enclosed in schematic indoor spaces. It appears that Rothko's aim was not to tell a narrative through the gestures of his characters but, even in these early figurative images, to explore the materiality of the basic components of painting, principally in terms of colour, line and form. In a portrait from 1939 depicting a man resting his right hand in a drawer, Rothko created a perfect equilibrium through a geometric division of space by painting a long beige curtain which borders the canvas on both sides and flows from the top to the bottom of the image. This simple element delimits a broad plane in the centre encompassing a view from the window. This rectangular expanse is defined by horizontal colour bands; a wide blue stripe (calling to mind a blue sky) and green and red horizontal lines. Rothko painted the colour bands above a pink rectangle that appears to be a wall (as observed through a window), and green stripes that define the drawers beneath the window. Although here Rothko painted a human figure, the work does not function solely as a portrait but as an exploration of space, figurative and imaginative. The inexpressive man coloured by intense dark tonality stands phlegmatic in front of the artist's precise geometric background.

Even when Rothko took himself as subject, he was not, it seems, concerned with revealing specific human emotions through human figures. In Self-portrait (1936) the variation of masses of earth colours, painted with strong, deep strokes, communicates much more emotion than the subject’s face, which is blurred, the eyes obscured by a pair of sunglasses. The hands of the figure take the weight of emotion. One hand covers the other, in a slightly tense gesture. Rothko's portraits are, essentially, static. They produce a sense of timelessness that can also be found in most of the artist's later abstract works.

Entrance to Subway (1938) provides a telling contrast to the early portraits. This scene of urban modernity is forcefully active, ironically so considering that the human figures are faceless. Here, Rothko captured an underground subway station on a typical day of dreary commuting. Two passengers move down the stairs, as a group of people appear to fill the back plane of the painting. Rothko used the architectural arrangement of building blocks of cold colours to construct the pictorial space. The elements of the work (columns painted in two contrasting colours; thin lines which constitute the grid of the station’s stair; subtle variations of grey on the floor, wall and men in the background; and a tonal combination in greenest blue and dark green), are the seeds of Rothko's maturity: sophisticated pairings of contrasting colours built up through layering to a mystical luminescence, and meaning that transcends the surface details.

In paintings made just a few years later, Heads (1941–1942) and In limbo (1941–1942), for example, Rothko completely dispensed with realism. In these, the human figures are completely dismantled, with body parts functioning as solid units surrounded by expressive lines. The same came be said of Rothko's symbolic paintings which reflect his interest in the mythological and spiritual, most notably Antigone (1939–1940), Votive Figure of Orison (1945–1946) and Rites of Lilith (1945). As his first large-scale canvas, Rites of Lilith marks a turning point in Rothko's career. Untitled (1948), an abstract and freely composed painting in which colours appear as unified bodies but with no specific shapes, represents another transition in the artist's progression toward a mature style.

Frequently, Rothko denied that he was an abstractionist and that the relationship between forms and colours was incidental. His main concern was to access pure basic feelings in his works and activate a response in viewers. Undoubtedly, Rothko was able to evoke greater emotion, his stated goal, as he pared down to the essences of his art: light, colour and form. Unlike other great twentieth-century masters, his paintings elicit overwhelming sensations with a single gaze. As he moved toward his classical period, he drew farther away from representation. Yet, even his most abstract compositions are rooted in his astute observations of human nature.

The retrospective at the Hamburger Kunsthalle Museum highlighted Rothko's greatest achievements. Certainly, his handling of his materials; deep understanding of art, literature and philosophy; and determined pursuit of his vision of a pure aesthetic rank high on the list, but chief among them is his ability to generate an all-encompassing universe on canvas. In doing so, he provided a vehicle for viewers to travel far beyond the physicality of the paintings. This achievement above all merges past, present and future and ensures that Rothko’s paintings will remain timeless treasures for generations to come.

1. Rothko had a late professional debut, with his first solo exhibition staged in 1933 at the Portland Art Museum in Portland, Oregon, and another that same year in New York at the Contemporary Arts Gallery. 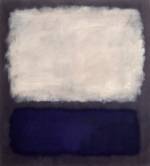 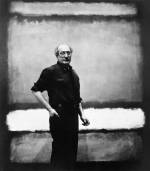 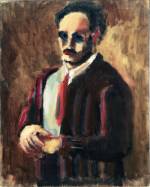 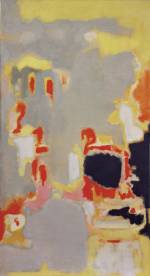