This major retrospective of Man Ray at the Scottish National Portrait Gallery in Edinburgh is a highlight of the Edinburgh Festival programme. Displaying more than 100 works, it takes the visitor chronologically through the life and career of Man Ray from 1916 until his death in 1976

Man Ray (born 1890) spent a large part of his remarkable photographic career working in Paris. His photographs were initially a way of funding his other artistic pursuits, painting, sculpture and ready-made objects, but it is his photography that best represents the artist today. The images on display include generous donations from international institutions and private lenders.

The exhibition is divided into Man Ray’s early work in New York, key work in Paris among the Dada and Surrealist circles, his life in America during the second world war and, finally, his return to Paris in 1951. While living in New York, Man Ray was closely associated with fellow Dada artist Marcel Duchamp. Their early rapport is revealed through several photographic portraits of Duchamp, including a study of his shaved head (Tonsure) and a comical image of Duchamp’s female alter ego Rrose Sélavy in 1921. The exhibition continues with an interpretation of the artist himself in his Self-Portrait (1916). Documenting his own Dada-style self-portrait, Man Ray employs wordplay by incorporating an image of his hand into the portrait. The French word main, meaning hand, is pronounced in the same way as the artist’s first name.

Encouraged by Duchamp, in 1921 Man Ray moved to Paris, where his career and social circle flourished: portraits of Pablo Picasso, Ernest Hemingway, Jean Cocteau, James Joyce, Georges Braque and Gertrude Stein are included here.  The artistic and intellectual talent who gathered in Paris in the 20s has long fuelled the imagination, from the book Being Geniuses Together, 1920–1930 by Robert McAlmon and Kay Boyle to Woody Allen’s 2011 film Midnight in Paris. The absorbing works catapult the viewer into the elite circles of intellects that existed at the time. Man Ray’s eerie-bordering-on-sculptural portrayal of Pablo Picasso from 1934 is a particularly memorable image, with Picasso’s black eyes staring out intensely.

The intellectual and artistic capital of the world is beautifully captured in this Man Ray retrospective, but it is the photographer’s play on light that defines the exhibition. A triptych of a nude Lee Miller shot in 1930 indicates the artist’s fascination with light, form and the female figure. As Miller stands elegantly against a window, a striking shadow is created across her body.

The artist’s nude portraits establish a sense of sexual freedom and a celebration of the female form, with which he was clearly fascinated. This is highlighted in Le Violon d’Ingres of 1924. The model Alice Prin, known as Kiki de Montparnasse, sits with her back to the viewer. The rich curves of her classical female body, along with the two sound holes photogrammed on to her back, indicate the resemblance to a cello or a violin. Kiki, also known as the Queen of Montparnasse, inspired some of Man Ray’s most celebrated images. Noire et Blanche (1926) represents a mysterious interplay between person and persona, between mask and reality, and between sleep and waking. The image, which first appeared in French Vogue, was reprinted in various other publications where it had an immediate impact. This highly influential and important work reveals the importance of Man Ray’s photography and how his works came to be widely recognised through international publications. He produced a range of images, from modernist art exhibitions and contemporary fashion to theatre and society, which appeared in distinguished publications such as Vanity Fair, Vogue and Harper’s Bazaar, and can all be seen in the Edinburgh retrospective.

Man Ray captured the essence of the avant-garde society. Images such as Surrealist Chessboard (1934) and Gisèle Prassinos Reading Her Poems to the Surrealists (1936) offer a unique insight in to these artistic circles and can be viewed as social documentary.

Man Ray Portraits displays photographs taken by the artist throughout his career and in doing so reveals a remarkable life: the studios where he lived and worked, the artistic circles of which he was part, and his friends, muses and lovers can all be seen in this deceptively vast exhibition inside the Scottish National Portrait Gallery.

Man Ray Portraits will continue from 28 October 2013 to 19 January 2014 in the Pushkin Museum of Fine Arts in Moscow. 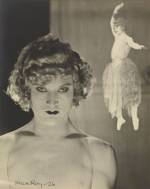 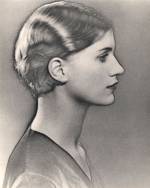 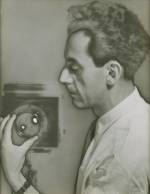 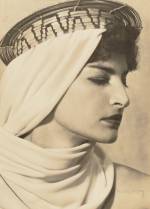 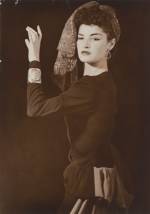 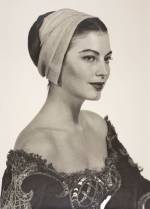 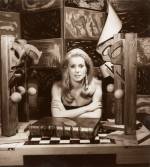