West Meets East in a DADAdventure

West Meets East in a DADAdventure

Just as the extensive exhibit, 'DADA', which revisited the movement, closed at the Museum of Modern Art (MoMA) in New York, a small but appealing coda is being presented by the Romanian Cultural Institute in New York. According to Corina Suteu, director of the Institute, 'DADA...born East--Romania' is a direct response to 'DADA', which premiered in February 2006 at the National Gallery of Art in Washington, DC and closed on 11 September at MoMA. 'DADA' proposed both Zurich and New York as the birthplaces of a phenomenon that claimed to have no boundaries or limitations and was, in fact, a truly international movement. In effect, 'DADA...born East--Romania' is an additional chapter to the story that spotlights Dada's roots in Eastern Europe, specifically Romania.

Romania's contributions to the avant-garde have largely been ignored by those inside the country as well as art historians who have focused on cities in the West where the Dadaists congregated. Ideological restrictions enforced by the Communist government forced consideration of Dada into the shadows, where it achieved 'underground' status. After the Communist regime was replaced and contact with the West encouraged, Romanians themselves took little interest in this part of their past. Historians and art critics during the years between the two world wars and those commenting in the post-war period championed the classical and the sanctioned. The task of rebuilding a country and restoring a people's history has seemed more critical than a movement symbolising destruction of the old in order to create a new reality. Nevertheless, elements of the Romanian avant-garde offer those seeking relevance and continuity surprising insights. In the catalogue for 'Bucharest in the 1920s-1940s: Between Avant-garde and Modernism', an exhibit held in 1993 at the National Theatre in Bucharest, a distinction is made between the Romanian avant-garde and its counterparts in other countries:

... The Romanian avant-garde didn't arise out of an acute social tension and didn't have political ambitions as, say, the Russian or the Hungarian avant-gardes ... The radicalism of the Romanian avant-garde remains almost exclusively cultural and its artistic successes have an almost exclusively aesthetical motivation. Its moderate utopianism aims at best at rapid modernisation, not at a total transformation of the world. Its messianism has therefore a pragmatic aspect, almost positive and functional. Its nihilism is juvenile, its anarchism is regenerative and progressive.1

While what constitutes the 'spirit of Dada' is at the heart of 'DADA...born East--Romania', Suteu has said that a particular emphasis has been placed on the relevance of the movement historically and to contemporary Romanian artists. In planning the playful, irreverent program for the opening of the show, the Institute's staff aimed to convey the excitement surrounding the artists who attended the Cabaret Voltaire in Zurich on the night in 1916 that Dada was, officially, proclaimed.

Most art historians accept that the Dada movement (1915-23) began at the Cabaret Voltaire on 5 February 1916. That evening consisted of incomprehensible verses of poetry, nonsensical plays performed in outlandish costumes, songs that resembled coyotes howling at the moon and an overall ambience of anarchy centered on language, questioning it as a coherent form of communication. The Cabaret Voltaire was launched by Hugo Ball and his wife Emmy Hennings at the Meierei restaurant in Zurich. Reacting against the changes occurring throughout Europe, Ball and Hennings hoped to transform society through innovation in the arts and, in fact, in every other possible medium. At the time, Zurich sheltered a number of forward-looking artists, writers and actors, critics and theorists, and a motley crew of political refugees, including Vladimir Ilich Ulyanov, or Lenin as he came to be known.

Taking their cue from the antics at the Cabaret Voltaire, the Institute staff planned a gala event, a 'DADAdventure', for opening night on 9 September. During the evening, guests were treated to performances of texts from the movement's 'Manifestos'(1918) and Tristan Tzara's play 'Gas Heart', which reflects and reveals the passions, conflicts and contradictions inherent in dada. There were also a presentation by Tom Sandqvist, author of Dada East: The Romanians of Cabaret Voltaire, and a preview of 'Dada East: The Romanians of Cabaret Voltaire', an exhibit on view in Zurich at the resurrected Cabaret Voltaire.2 Suteu and programs co-ordinator, Oana Radu, said that many surprises were planned for the evening to give a more authentic experience of dada, including a recreated Laptaria lui Enache (Enache's Dairy Bar). Owned by Enache Dinu, father of Gheorghe Dinu (better known as avant-garde writer Stephan Roll), the Laptaria lui Enache in Bucharest provided a venue for young artists who contributed to Unu magazine (1928-32) to discuss their ideas while they drank soured milk.

Surprise is a hallmark of the dada spirit, or l'esprit nouveau. Dada theorists were deeply affected by world events that threatened traditional lifestyles and values. For them, everything that had been accepted without question suddenly seemed absurd; as boundaries shifted new possibilities seemed not only viable but imperative: 'Surprise was the antidote to flagging habits of sustained perception, as well as the catalyst for assimilating the incessant novelties of the modern world'. According to French filmmaker, critic and theorist Jean Epstein (1897-1953), surprise was also the key element in communicating with the modern world. His theory, which preceded that of German Jewish literary critic and philosopher Walter Benjamin (1882-1940), forecast that distraction, rather than deep thought, would be the most effective way to cue an audience to the genuinely new.3

A professor and docent of art history and science of art at the University College of Arts, Crafts and Design in Stockholm and the University of Lapland in Rovaniemi, Finland, Sandqvist traveled to the United States specifically for the DADAdventure. In his book, Sandqvist points out that half of the first group to embrace, describe and practice the 'spirit of Dada' were Romanian, including Tzara, the Janco brothers (Marcel, Jules and Georges) and Arthur Segal, a seldom-mentioned figure among Cabaret Voltaire's players. According to Sandqvist, the spectacle staged at the Cabaret Voltaire was not the first expression of the Dada spirit by Romanian artists, writers and intellectuals. Although discussed with different terms and labels, their works and philosophy, he says, provided a major impetus for what would come to be called 'Dada.'

Suteu remarked that Sandqvist's book is notable because it provides a missing link to the story of Dada. In it, he details the activities of Romanian avant-garde artists and thinkers in Bucharest, the 'little Paris of the Balkans', and describes what he sees as the essential connection between Romanian modernists and the Eastern European Yiddish tradition. Tzara, the Janco brothers and Segal, all raised in this tradition, had a profound understanding the absurd and a particular lens through which they viewed world and human history.

Although 'DADA...born East--Romania' contains few original works, the show is a good introduction to the exhibit in Zurich. According to Suteu, the publications and posters shown, drawn from materials owned by the Institute, are rare. They are part of the most extensive collection in the world of extant printed matter concerning Dada, located in Romania. Suteu also said that MoMA's curators have shown interest in the Institute's exhibit and been invited to a brunch at the Institute at the end of October. As West meets East and takes a broader view of what has been considered a brief moment in art history, perhaps, some more surprises will be revealed in the true spirit of l'esprit nouveau.

'DADA...born East--Romania' opened at the New York branch of the Romanian Cultural Institute on 9 September and closes on 31 October 2006.

References
1. Bucharest in the 1920s-1940s, Between Avant-garde and Modernism. Bucharest: Simetria Publishing House, Union of Romanian Architects, 1994. Exhibition catalogue for exhibit held at the National Theatre, Bucharest, April-May 1993.
2. 'Dada East: The Romanians of Cabaret Voltaire' opened on 20 September at the Cabaret Voltaire and runs through 22 February 2007.
3. The Dada Seminars (Washington and New York: National Gallery of Art, Center for Advanced Study in the Visual Arts with D.A.P./Distributed Art Publications, 2005). 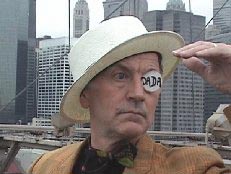 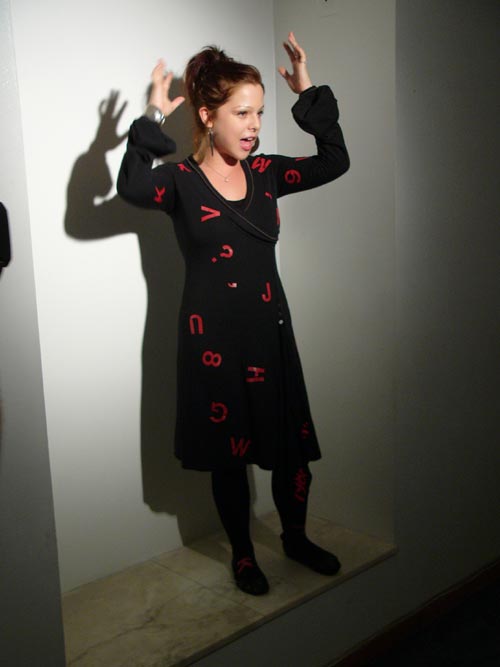 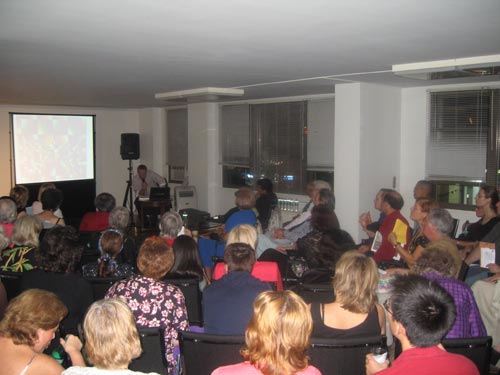 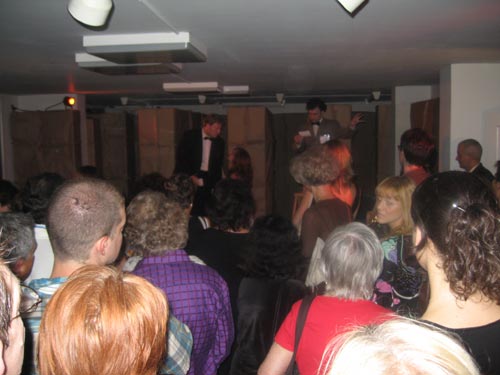 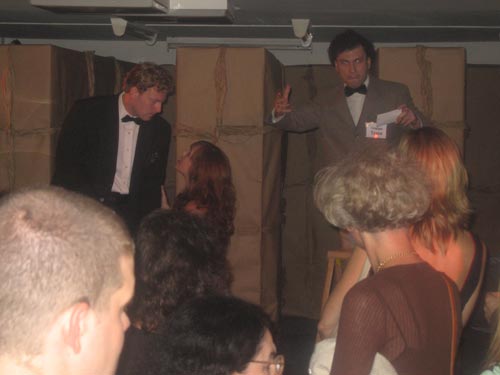 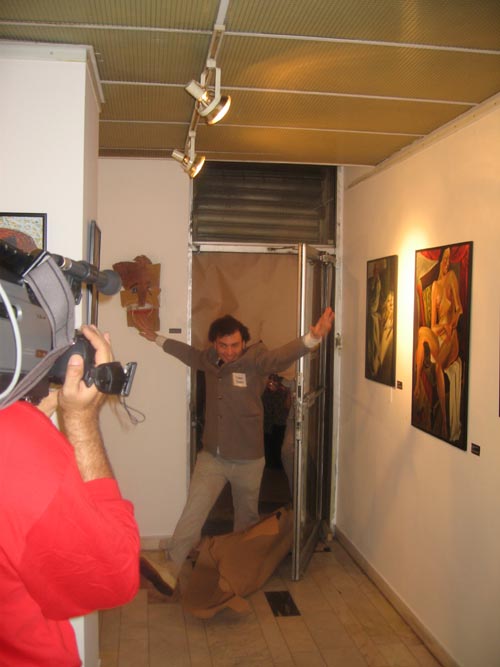 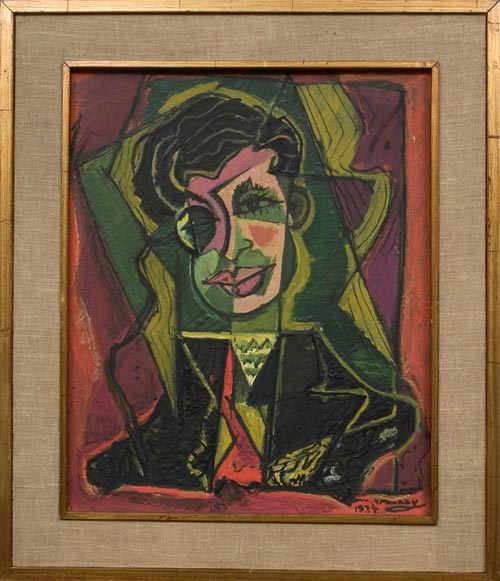