Based on the British Library's huge collection of manuscripts, sound recordings and all manner of things printed, Breaking the Rules tries to cram 40 years of pan-European avant-garde publishing into the Pearson Gallery. The result invites both delight and frustration or, to get into the Vorticist spirit, both Blessing and Blasting

BLESS, therefore, the sheer quality of the Library's collections. The delights of this show range from the familiar: such as Moholy-Nagy's photograms, Marinetti's manifestos and El Lissitzky's typography; to the rare, such as Joyce's corrected proofs of Finnegans Wake, the first issue of Kurt Schwitters's Merz magazine and a page from the notebook of Surrealist poet David Gascoyne.

And yet, is Futurism catching? Because a sudden desire to punctuate moribund culture impels me to BLAST the British Library's responsible desire to conserve these manuscripts for future generations, with the result that light levels are kept so low even Apollinaire's calligrammes look boring! As Apollinaire's own manifesto cried, 'Merde aux critiques, pédagogues, professeurs, musées ...'.1

The above posturing belongs in a ring now bloodied by years of conservators and curators slogging it out over 'preservation versus consumption', but there is a general paradox inherent in any exhibition based around rare books: if they are too precious to handle all you can see is the cover and one or two pages. For an exhibition that wants to immerse us in the 'materiality of print culture' there are an awful lot of glass cases. The curators have done their best to replicate the punch and counterpunch of the age's colliding 'isms' in the room's layout, but unless you can flick through the little magazines, manifestos and slim volumes to really feel the textured vitriol, it can all seem a bit dead. As the anthropologists Constance Classen and David Howes have written, it is, 'by touching a collected object [that] the hand of the visitor also encounters the traces of the hand of the object's creator and former owners'.2

Perhaps as compensation, there is a generous helping of interpretative text, though not all of it is of the highest quality. Often, the problem is that one paragraph has to compress a hugely complex cultural history, so that we are told, for example, that 'in literature, the experiments of Dada and Surrealism influenced the Workshop of Potential Literature (OULIPO)'. The word influence is not quite enough to comprehend the ambiguous relationship between Surrealist and Oulipian art, the latter of which was, as Jacques Roubaud has written, 'a matter, at least at the start, of asserting a theoretical anti-Surrealism'.3

The paradox of the text's superabundant insufficiency applies to both the interpretation and the objects in this exhibition, leading to a feeling of being overwhelmed, of thinking: I must sit down here, on this conveniently-placed chair. But what's this? Headphones and a touch-screen ... and suddenly the dead return to life, their resounding voices hissing across the years, uncounterfeitable traces. The sound archive offers a way in: we hear Marinetti read his 'Definizione di Futurismo' in clipped Italian, and are immediately there in 1924, 'Futurism, gentlemen, is also an incandescent keyboard of genius ...'. The transcript informs; the voice transports.

One can listen to Apollinaire and Gertrude Stein reading their own poetry, or experience Lee Harwood, Jude Walker and Allen Fisher performing Richard Huelsenbeck, Marcel Janco and Tristan Tzara's simultaneous Dada poem 'L'amiral cherche une maison à louer' (A different version, with more whistles and bells, can be experienced via mp3 at http://www.ubu.com/sound/tzara.html.) There are interviews and reminiscences by Cendrars, Tzara and Gascoyne. There is music by Satie, Russolo, Schoenberg, Weill and Brecht, and - improbably but brilliantly - Talking Heads, whose 1979 track 'I Zimbra' incorporated lyrics from Hugo Ball's sound poem 'Gadji beri bimba'. And talking of sound poetry, the archive provides an excellent chance to revisit, or hear for the first time, some classics of the genre, including an extract from Schwitters's 'Ursonate' and Khlebnikov's 'Bobeobi' (though it must be said that these can also be found on the wonderful UbuWeb, as above).

The exhibition develops by examining, in turn, more than 30 cities, which were centres or outposts for the avant garde. It is fascinating to see how local and specific varieties of the more general currents sweeping Europe developed, from the folk-art-influenced strain of Futurism in St Petersburg and Moscow, to the visual poetry of Madrid and Barcelona, catalysed by the early translation of Marinetti and Apollinaire into Spanish and Catalan.

While such acknowledged centres of modernism as Paris receive due attention, with three display cases devoted to its writers, artists and photographers, the activities in lesser known cities are no less fascinating. Tbilisi, for example, was a cross-border refuge for Futurists following the Russian revolution, and for a few brief years became an avant garde haven centred on the Fantastic Tavern nightclub. A number of the small magazines produced there are on display. The exhibition offers similarly tantalising glimpses into many such city stories including Copenhagen's Surrealism, Vitebsk's Suprematism and Berlin's Expressionism, each of which would be worth a detailed exploration in its own right.

But totalitarianism's ogre sleeps lightly in the interwar Europe of the imagination and indeed the 'end of the avant garde' is figured in just one moment: the Nazis' exhibition, 'Degenerate Art' (1937). Agamben's 'unprecedented ruin' of bare life is just around the corner. Where this exhibition frustrates, it is because the objects remain closed and unknowable, but perhaps the closed book is not, after all, an inappropriate symbol for the artistic life of this period, separated from us as it is by the rupture of genocide, the camps and the gulags. More generally, engaging with the past through its material remains is not a simple matter of opening and reading. Even when the past happened here, and just a moment ago, there is still a fraught border to be traversed. 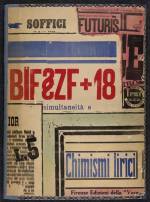 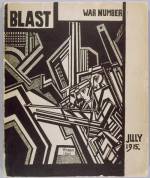