Dada Revisited for the 21st Century

Dada Revisited for the 21st Century

It is not often that an art exhibition ascends to the condition of a total artwork in itself, and at the same time acts as a timely reminder of the true nature of avant gardism in today's art world overwhelmed by the heresy of postmodernism. Such an exhibition came into being in 2005 under the aegis of the Centre Pompidou, in collaboration with the National Gallery of Art in Washington, DC and the Museum of Modern Art in New York. Its curator, Laurent Le Bon, deserves to be considered as a true artist and defender of the Dadaist legacy. He presented the exhibition as a celebration of Dada and, at the same time, suggested that it was a vast treasure house of Dadaist ideas, an invaluable archive, binding tightly together 20th-century socioeconomic, political and cultural histories.

Even the exhibition catalogue had the look and feel of an artwork. It was printed on thin paper so that, in studying it, you could feel the very substance of the Dada leaflets and correspondence that it reproduces. It is a veritable Dada dictionary supplemented with a chronology and bibliography relating to over 50 Dada artists and over 1,000 art works. It documents the first major exhibition of Dada since the 1966 exhibition in Paris at the Musée National d'Art Moderne.

The layout of the exhibition was in harmony with the wide-ranging, interweaving characteristics of Dada. The floor area of the exhibition space was 12,000 square metres. This was divided into 40 cell-like gallery spaces, each providing a floor area of 30 square metres, and dedicated to an artist, a location, an event of special interest in the development of Dadaism or a theme explored by the leading Dadaists. This grid was so designed to allow the mingling of the two main energy flows created by Dadaism. One was related to the anarchy at the heart of all expressions of Dada, and the other to the strictly controlled methodology employed to express this outpouring of anarchic creativity. I chose to regard the grid as a network of intersecting rows of galleries demanding that I moved from left to right, and then right to left, before proceeding to the next row.

Of course, the grid also brought to mind the chess games played by Marcel Duchamp, the most famous of the Dadaists who first introduced the term 'ready-made' into 20th-century art language. The grid offered the visitor countless options. An almost bewildering range of visual imagery was interwoven with innumerable texts and thought-provoking typography. The galleries extended towards a large daylight open space where a panoramic view of Paris was revealed. Against this unlikely background, René Clair's film Entr'acte was screened, creating an entirely fitting climatic note to the experience of the entire exhibition.

It seemed that most visitors were spending an average of three hours on the journey from the entrance to the experience of Entr'acte, one of a number of films showing the Dadaists' interest in cinema as a new medium through which they could express themselves. It is difficult to imagine any visitor to the exhibition being able to ignore the serious questions raised by the exhibition regarding the nature of Modernism. From the moment they had found themselves in the entrance rooms, they were enticed by the wide choice offered between galleries entitled 'Before Dada', 'Introduction', 'Cabinet Voltaire' and 'Simultaneous Poem'.

After the enticement of the four introductory galleries, the visitor was led towards the first row of galleries identified as A1 to F1. Each one of these demanded careful scrutiny, so it required a degree of self-discipline not to linger in any one of them, with the bulk of the exhibition beckoning. These galleries contained artworks marking historic moments in the development of Dada, related to the careers of key artists.  The gallery visitor was challenged to find the points of interface between the gallery marked 'New York' and the others marked 'Ready Made', 'Duchamp/Picabia', 'Tauber/Arp', 'Zurich' and 'Richter/Elgers'.

The themes made manifest in the second row of galleries, identified as A2 to F7, were equally thought-provoking and beguiling. Each gallery was labelled with single words now firmly identified with the language of Dada. One gallery was labelled 'Magazines', another with the words 'Chance, Game, Hazard' and another with the words 'Collage, Assemblage, Photomontage'; another was labelled simply with the names of Dada artists, 'Arp, Schad and Man Ray'. An extension of these galleries were corridor-shaped galleries to the right and left, forming the extremities of the grid. The one to the right was entitled 'Sound Art' and the one to the left was simply entitled 'Dada Gallery'. These corridors were an invitation to listen to the ways in which the Dada artists used sound and the spoken word, as well as words in general. In large vitrines in the 'Dada Gallery', there was a plethora of Dada writings in the form of manuscripts, correspondence, reviews, leaflets and posters. The importance of the written word and typography was thus emphasised as a means of disseminating the principles of Dada. A careful study of all this mass of material showed how Dada had made itself manifest in New York as well as Geneva, Zurich, Barcelona, Berlin, Hanover, Cologne and Paris.

Perhaps the most beautiful of all the galleries were those devoted to Kurt Schwitters. He was honoured with two galleries juxtaposed. These were adjoining two other galleries; one labelled with the words 'Formless, Rejects, Banal' and the other with the words 'Elementary Art'. In the Schwitters' galleries, I delighted in his Merz constructions as three-dimensional paintings. One, in particular, was made in 1921 - it is now in the collection of The Philadelphia Museum of Art. This is an assemblage of objects trouvés consisting of discarded pieces of wood and wire mesh. In this one work, he defined his philosophy of 'Merz', which is the making of art from the debris of a civilisation that had brought into being the madness of World War One. It should be stressed that, while many of the Dadaists were denying the validity of painting, Schwitters was defending it. He described himself as a painter who 'nailed' his paintings. He also regarded his collages as 'drawings'. These two Schwitters rooms caused me to consider how the spirit of Dada came to Britain, carried by Schwitters himself when he sought political asylum during the Second World War. In 1940, he sailed from Norway to land in Scotland and was incarcerated in Edinburgh Castle as an enemy alien before being transported to an internment camp on the Isle of Man. On his release, he settled, after a period in London, in Cumbria, and there, despite failing health, he created what he considered to be the most important work of his life. It was his third attempt at a large-scale Merz environment or room. The two which he had created previously had been destroyed, one by an Allied air raid. His third Merzraum was entitled 'Merzbarn' because it was made of the stuff and substance of a stone and plaster wall in a small barn on farm near Kendal.

In Scotland, the large-scale expression of 'concrete poetry' is to be found in what the late Ian Hamilton Finlay defines as a 'Garden Temple' on a wind-swept Lanarkshire farm. He has entitled it 'Little Sparta'. Hamilton Finlay's achievements as a late 20th-century Modernist prove that Dadaism is very much alive. It should be noted that, 120 miles distant from 'Little Sparta', in Newcastle University's Hatton Gallery, there is to be found the final surviving masterpiece of Kurt Schwitters, encapsulating his theory of Merz art. There you will find his 'Merzbarn'.

The spirit of Dada has proved itself to be essentially life-enhancing. It is to be found in the ways in which many artists today are using collage and 'ready-mades' and the multifaceted concepts of performance art. Dada continues to unite all aspects of the performing arts with those found within the realms of painting and sculpture. My abiding memory of the exhibition in Paris is of the exquisite refinement and beauty of the vast majority of the art works on exhibition. Despite all their efforts to question and reject the official art world, the Dadaists have left a legacy of innumerable and enduring masterpieces. The irony is that they are now embedded in the history of art, worthy of comparison with the art made by 20th-century luminaries associated with such movements as Constructivism, Fauvism and Cubism.

It was through the efforts of the Dadaists that, for the first time, the whole notion of 20th-century European civilisation was called into question. Such a civilisation and its cultural identity became, in their eyes, inextricably linked with the forces of madness, hypocrisy and greed, which had been brought into being the First World War. There can be no proper history of our modern world without taking into account the achievements of the Dadaists and those like Kantor, Beuys and Hamilton Finlay. They deserve an exhibition as a natural follow-up to the Dada exhibition. It is those artists, and sadly they are few in number, who did much to keep the energy of Dadaism flowing towards the 21st century. They have one characteristic in common - they have dared to place themselves uncompromisingly, as did all the Dadaists, on the right hand of Kantor's Demarcation Line.

The exhibition moved to the National Gallery of Art, Washington until 14 May 2006 and will transfer to the Museum of Modern Art, New York, from 18 June-11 September 2006. 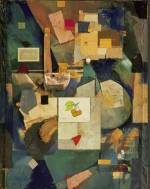 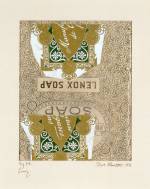 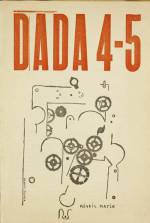 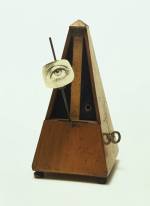 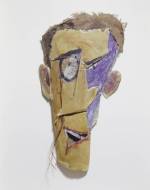 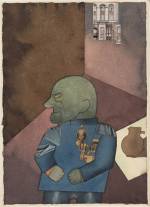 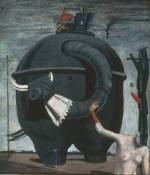 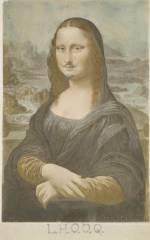 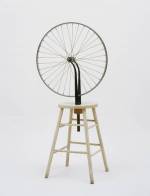 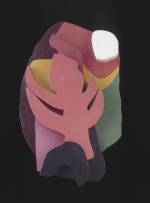 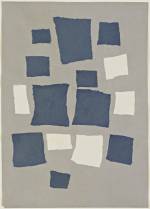