This exhibition explores the impact new technology has had on the work of African artists, designers and architects, and Guggenheim Bilbao curator Petra Joos talks about its implications

By 2012, Africa had 650 million smartphone subscribers – more than in the European Union or the US. As a result of the continent’s burgeoning connectivity, what Africa is able to make or design now, and how it creates, promotes and exports it, is very different from what was imaginable 10 or even five years ago. From Harare to Mozambique, designers can be liaising with clients or collaborators in London or Paris as freely as any fab lab studio in Barcelona.

It is a vision of this Africa – as part of a global marketplace for art, design and innovation – that Vitra Design Museum curator Amelie Klein started to explore in 2011, and which is now presented at the Guggenheim Bilbao as Making Africa: a continent of contemporary design.

But is it possible, let alone desirable, to summarise the output of an entire continent with 55 nations and 1.1 billion inhabitants? Fortunately, Klein and her advisers don’t even try. They have trawled far and wide in their inquiries – initially conducted via Facebook (a questionable tool, given the medium’s tendency to favour quantity over quality, self-promotional zeal over subtlety), but subsequently enriched by conversations with a multitude of experts and advisers, including Okwui Enwezor, director of Munich’s Haus der Kunst, who is consultant curator here, as is the Guggenheim Bilbao’s curator Petra Joos.

To try to bring clarity to the diversity of work gathered here, the show is grouped in four sections. But there is also an orientation, “prologue” room at the Guggenheim, for which the show has been substantially reworked, after its Vitra Design Museum debut in the spring/summer of 2015. Here, visitors see some of the filmed interviews Klein and her team conducted during thinktanks in Lagos, Dakar, Cape Town, Cairo and Nairobi, debating the pros and cons of the “African” classification, and challenging the regional stereotypes presented by the world’s media. From one of these interviews emerges a wonderful (unattributed) quote: “The word Africa is so often associated with the word trauma that there’s no permission to laugh … and [thus] there are lots of permissions that are denied … [such as] the permission to dream.” Where better to start an exploration of the region’s inventiveness and creativity?

Alongside these films are useful, eye-opening facts: for example, in 2014, an estimated 34% of Africa’s 1.1 billion people belonged to the educated middle classes. Also, Africa’s economy is growing at 5%, outstripping global growth. And, most fascinatingly, only 28% of economic opportunity in sub-Saharan Africa comes through formal, wage-earning jobs. Which means that 72% of income is generated by the informal economy. Resourcefulness and adaptability are great qualities to have instilled into a creative sector, even if out of necessity.

This leads us into the opening section, which explores how the west views Africa and vice versa. The next section is “I and we”, which examines how design is being used as a tool to portray social and cultural development; followed by “Space and object”, an exploration of the individual in the city; and, finally, a section that purports to represent contemporary African culture and its roots.

These themed sections work best in the middle two areas, with the I and We section arranged, very effectively, like a series of catwalks - appropriate given the proportion of fashion-related content. The strongest work is that which deals closely with identity, popular culture, gender and consumer politics. There is striking art/fashion photography from Dakar’s Omar Victor Diop, who expands on Africa’s studio portrait tradition by placing his subjects in fantasy creations of his own devising. There is also an extraordinary video (Scary Beautiful) by South African Leanie van der Vyver that highlights the cruel contortions the fashion industry likes to inflict on women – and women volunteer to inflict on themselves – in the name of beauty. The Modern Evolution Suit is also fashion as protest, created by Alafuro Sikoki-Coleman, who graduated from the University of the Arts Philadlephia and now lives in Lagos, as office-cum-utility wear, with secret pockets and fastenings to accommodate all the roles a woman might have to fulfil in a day, from breastfeeding to note-taking. Most affecting, however, was Kenyan artist Wangechi Mutu’s animation, The End of Eating Everything, which features a Medusa-headed monster devouring everything in her path; a hypnotically disturbing and compelling meditation on the west’s all-consuming greed.

Mutu’s film is one of 13 works of art added for the Guggenheim Bilbao outing, at the instigation of Joos. These bring welcome depth, weight and richness to the proceedings, offsetting the rather fragmented, slightly incoherent pick-and-mix experience generated by the generous jumble of media, materials and messages.

The third section, Space and object, is set in a black-walled room, its exhibits looming like illuminated tower blocks against a night sky. Here, life in the city is evoked through futuristic building models from Congolese artist Bodys Isek Kingelez; sculptural furniture from Senegal woven out of abandoned car tyres by Amadou Fatoumata Ba; an eloquent series of photographs of Ponte City, an iconic (for all the wrong reasons) tower block in Johannesburg, from Mikhael Subotzky and Patrick Waterhouse; and Tanzanian-born, British-Ghanaian architect David Adjaye’s photo essay looking for urban patterns in African cities, accumulated over decades. A few feet away is a mini documentary on M-Pesa, a branchless bank set up eight years ago, operated via mobile phone, which has given 17 million people across Africa access to a banking system, cutting down cash-based corruption in the process. Nearby is filmmaker Oliver Hardt’s eloquent documentary This building will sing for all of us, about Adjaye’s forthcoming National Museum of African American History and Culture – the ultimate symbolic celebration of African culture in the west, it will be placed within metres of the famous Washington Monument.

The last section purports to explore Africa’s origin and future, but can – inevitably – only skim the surface. Its standout items include another sequence from Diop, this time a provocative and sumptuous photo essay, Project Diaspora, where Diop replicates the pose and clothing of eminent Africans who had travelled to Europe through the 17th, 18th and 19th centuries, being feted and painted as notables. But in each of these, he poses with football and football boots, to highlight the fact that, these days, in many parts of the global north, the only celebrated Africans are footballers; shades of Yinka Shonibare’s Diary of a Victorian Dandy, but with more kick.

Africa’s most bankable artist, Ghana’s El Anatsui, has been saved until this last area, where his luxurious, shimmering textile Nane, made of reused bottle caps and food wrappers, takes pride of place. Enwezor was apparently keen to ditch the automatic association with recycling and impoverished materials that has dominated the presentation of African art in the west for the past 30 years. And yet the resourcefulness with which Africa’s artists, designers, inventors and architects reuse the waste materials around them sings out here as a salutary lesson to the design and architecture professions in the global north, where such materials are still rarely considered. Klein makes a valuable point on this, while standing next to El Anatsui’s textile: “How can you speak about trash when he sells pieces for more than $100,000? We have to rethink materials. I was super keen to get this piece of art.” She continues: “The north has been shipping all its ‘waste’ to Africa for decades. If we can change the perception (and reperceive waste simply as another material), instead of sitting on rubbish, they will be sitting on vast resources.”

If Klein’s ambition with this show was to demonstrate how a new generation of designers use their work as a tool for economic, political and social change, then resilience and resourcefulness is a key factor, as is the collaborative and multidisciplinary nature of so many practices – in this way, art and design in Africa has been way ahead of the curve in the west.

If anything, what seems redundant – a tired, old trope – is the focus on how Africa views the global north and vice versa. Joos, interviewed in Bilbao at the opening, seems to agree. She feels the African art and design community’s gaze is not on the west as a model. The informal economy has created a whole different way of working, of thinking, she told me. “They are struggling for other things. The individual artist here (in the west) is very important. There, it’s more the community. They are working in groups and working with each other. There’s no industrial production, it’s more (about) the single object.”

She agrees that the overriding impression from the show is celebratory. She contrasts it with the 2015 Venice Biennale, for which Enwezor was a curator: “If you had visited Venice, you would say it’s so dystopian … This exhibition, it’s so different. I have met some of the artists and we have been in correspondence, and I really see that there is an optimism. There is a younger generation that have not lived under colonial rule. They have left that behind. It’s part of their history, but not their reality. So they are looking not to the past, but to the future.” And they are citizens of the world. “They live in London, in New York, in Paris,” Joos says, citing Mutu (Kenya-born, now living in Brooklyn) and The End of Eating Everything as a standout example. “I think this is a great piece,” she says. “It’s so universal.”

Times truly have changed. Just a few short years after the Guggenheim Bilbao’s 100% Africa was staged, Joos agrees that there is little benefit now in viewing art as African, any more than there would be in looking at art as German or British. “Who is examining whom?” she asks, rhetorically. “We are looking at each other. This enriches all of our vision.”

• Making Africa – A Continent of Contemporary Design will be at the Centre de Cultura Contemporània de Barcelona from 23 March – 31 July 2016. 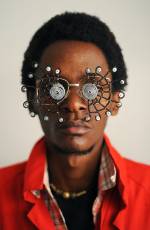 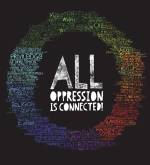 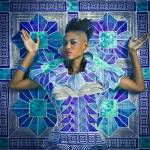 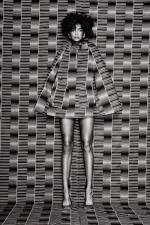