The Worshipper of the Image
Beers Contemporary, London
6 June – 26 July 2014

The Worshipper of the Image is the first solo show in London held by the Venezuelan artist Lucía Pizzani. The artist has been recognised with the Emerging Artist Award by the Venezuelan chapter of the International Association of Arts Critics, and her work is held in the University of Essex Collection of Art from Latin America.

Last year, Pizzani won the XII Premio Eugenio Mendoza, one of the most important prizes in Venezuela, which awarded her a residency in Hangar, Barcelona. There, she created a significant part of the work now in the exhibition at Beers Contemporary, which explores the relationships between biology and the environment, femininity and contemporary gender issues. From the gallery, Pizzani spoke to Nicola Homer. The following is an edited excerpt of the conversation.

Nicola Homer: I understand that this is your first solo exhibition in London. As a starting point, I wonder if you could tell me about the highlights of the show?

Lucía Pizzani: The title of the show, The Worshipper of the Image, borrows its name from a novel by the English writer Richard le Gallienne, written around 1900. My previous body of work, The Unknown of the Seine, drew on the story of a forensic surgeon who was supposedly in love with a young woman who threw herself into the river and was like the Ophelia of the Seine. A funereal mask was made of her and this became an icon for many Surrealists, such as Man Ray. Le Gallienne wrote a novel about a family affected by the mask’s supernatural powers. At the end of the novel, the mask comes to life. A butterfly emerges from its mouth with a symbol of death, a calavera (skull), as seen in the film The Silence of the Lambs (1991). My starting point was this literary image of the butterfly of death. I started exploring the metamorphosis, the change of the chrysalis into the butterfly as a metaphor for a woman, where she is trapped inside her own body. First, I used ceramics. I started making these sculptures using biological illustrations of chrysalides, and I saw that, in terms of colour and in texture, the variety was amazing. I was working with glazes, trying to emulate something that is in a permanent state of transformation. The ceramics belong to the series Capullo (2013), which means “cocoon” in Spanish.

NH: I understand that you initially studied biology and yet decided to become an artist. How did you make that shift?

LP: In Venezuela, where there is not a big tradition of art school, I first studied for a degree in visual communication. Then, for a long time, I worked with an environmental organisation doing a lot of videos and photographs, because Venezuela is one of the most biodiverse countries in the world. So I was travelling and using the landscape for my work. After doing all this journalism and using it for environmental issues, I studied conservation biology for a year at Columbia University in the City of New York. At that point, photography was becoming more important for me and I started exhibiting while I was in the city. I was finding micro-landscapes in tree barks and leaves, trying to embrace the lost landscapes that I was experiencing. Because I had moved to the city from Venezuela, where there is green everywhere, I was surrounding myself with these images in my tiny New York flat. This evolved into explorations of sculpture and installation, until I got to the point when I moved to London, and did a masters in fine art at Chelsea College of Arts. There, I discovered ceramics as a medium. I started doing sculptures that are very much associated with the body. My most important subjects are biology and the environment, and the body and gender. These come together in different projects.

NH: Could you give an example of a work in this exhibition that crystallises that conversation between the environment and the body?

LP: I turned the ceramics into human-scale images in the Impronta Series (2013). As in the Capullo sculptures, I was trying to create a feeling of a woman trapped there and trying to get out. This is associated with women’s role in society and history because all the references come from the Victorian times. The book itself, the photographic technique, and some of the icons that I am using derive from that period. It was an era when women were fighting for the right to vote, trying to find a position in society. In the photographs, you can find that mix in the African fabrics because the patterns are so organic. This is the result of my own references. I live in Brixton and I am from Latin America.

NH: Would you say it is a melting pot of influences?

LP: Yes. I think it is a good example of the references that I draw from the world of biology and also from history itself.

NH: Could you highlight one or two symbols of those references?

LP: One of my biggest references is Loie Fuller, a pioneering dancer, who died in 1928. In the video here – Nocturna II (2013) ­– I took a piece of footage of Fuller by Segundo de Chomón, a film-maker known as the “Spanish Georges Méliès” who collaborated with her, and projected it on to myself. I used the fabric in a similar way to how Fuller used it. There is even an image of her with her huge wings open. She did this famous butterfly dance and tried to get to the point where, emerging from the chrysalis, she articulated a sense of flight, or a sense of movement, like something is happening – a breaking free.

NH: The video Nocturna II has this amazing dream-like and magical realist quality, which is a trope in Latin American art, isn’t it?

LP: Yes, in some of the writers we read when we were young, such as Gabriel García Márquez, there is all this magical realism. It’s as if anything is possible in literature, but also in real life, because people believe in all kinds of things. Myths, ghosts and stories are always there. For example, some people believe that you should not give salt to another person without putting it on the table first, because otherwise you will fight with that person. There are these little things that are part of everyday life, but also associated with supernatural beliefs. The Impronta Series, which is a homage to Fuller and an exploration of gender, is also associated with legends and stories, as you can see in the pair of photographs entitled Him and Her (2013).

NH: How did the experience of doing a residency in Barcelona inspire your work?

LP: There was a real sense of craftsmanship. For example, I found experts in the technique of making ferrotypes, wet collodion processed photographs, with which I did the ImprontaSeries, there. I drew inspiration from the Gothic quarter in the centre of the old city. It was good to have the space and time to produce the work that I exhibited in a solo show in February in Caracas in Venezuela. What you can see in London is a compact selection of the exhibition. When I had done the ceramics, I wanted to do something on a more human scale, so I thought about using African fabrics and I designed the suit that you can see in Textile #1 (2013), which is one of five that I produced for the photographs and an accompanying video that was shown in Caracas. I designed each one for a specific woman who inhabited it. I regarded each as a cocoon, but also a mummy. The sculpture calls to mind a cycle of life and death, or a transformation. It suggests an afterlife.

NH: How do you position yourself in relation to the feminist agenda today?

LP: I think that a lot of work needs to be done in terms of building more gender equality. Some countries are more equal and fair than others. In certain countries, women don’t have access to education. Even in more civilised, European societies, women don’t get paid as much as men in corporations, or when they sell works on the art market. A lot of women go to art school, but it is mostly men who make the transition from being emerging artists to becoming established names. Some people will say that the feminist movement happened in the 1970s, and it’s out of date. But I think that today is a moment for women to keep on fighting for equality.

NH: What role can an exhibition like this play in raising awareness of feminism?

LP: I have not made the exhibition entirely about politics. But when you see the work, I think that you can find keys to it. I have used metaphors. For instance, the fabric suit in Textile #1 may suggest a burka; it may make you think of a woman trapped, which happens in countries where women don’t have the same rights as men. Also, in drawing inspiration from Fuller, I’m paying homage to women at a moment of history when it was more difficult to forge a career. And yet women were making breakthroughs in the arts, dance and theatre. It’s a way of me saying: “Look what was happening; pay more attention to this.”

NH: What are your hopes and dreams for the future?

LP: I’m sad because of what is happening in Venezuela. I get a lot of inspiration from my home country and I always go there to work. Right now, it is difficult even to fly there because the government owes millions to the airlines and many of them have reduced flights or have completely stopped flying there. The country is falling apart; now there are power cuts and food shortages due to the economic crisis. Caracas is one of the most dangerous cities in the world at the moment, and it is starting to become more isolated. Other Latin American countries, such as Brazil or Colombia, are making big efforts to internationalise their artists. As Venezuelans, we are so far away from that. Like many people now, I was forced to emigrate. So I can say that it’s good that I’m here in the creative centre of London. I’m starting to feel more like a Londoner. For now, I’m also taking part in a group show in Caracas at the Mercantil Collection, and I’ll be featured in Panorámica: Arte Emergente en Venezuela, 2000-2012, a book about emerging art in Venezuela, accompanied by an exhibition in Caracas. And, of course, it’s about keeping on working … 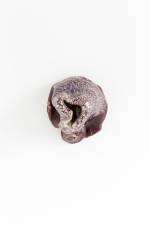 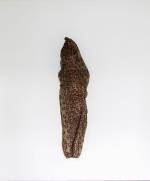 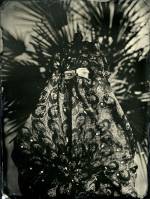 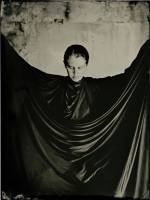 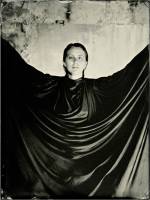