No major painter in the history of art has a surviving corpus of paintings smaller than that of Leonardo da Vinci. Only a handful of paintings remain, some unfinished, some of disputed attribution, and at least one of the most significant in a grievous state of decay which commenced shortly after it was completed. Ask most otherwise culturally informed people to name some paintings by Leonardo, and they will probably come up with no more than three: Mona Lisa, Madonna of the Rocks and The Last Supper. Moreover, in comparison with other major painters with a relatively small oeuvre such as Vermeer, Leonardo's agreed surviving works exhibit a perplexing diversity of style and execution

One is entitled to ask why, in this case, Leonardo holds a position of such remarkable pre-eminence in the history of Western art. The answer can be found in the drawings and notes presented in this exhibition - his prodigious and unparalleled output as a thinker, scientist, inventor and designer. The work gathered together here exhibits an almost frightening and inexhaustible curiosity, and a mental energy that ranged over every phenomenon capable of scientific empirical enquiry. 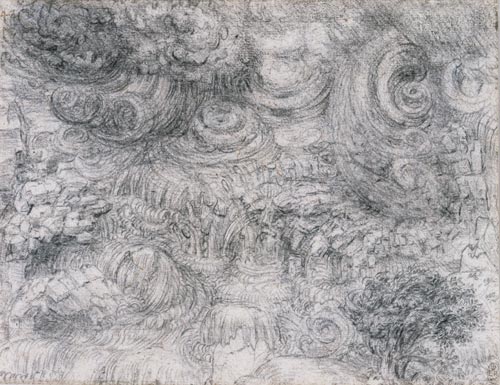 These included, first and foremost, the form and function of the human body. As a topic for study, the human form had a special and pre-eminent significance in Leonardo's age. Most artists would have been led to it primarily as a source of imagery in painting, sculpture and design, capable of expressing the most profound and subtle aspects of the human condition. Mastering the depiction of the human form meant acquiring the ability to express and convey complex spiritual states, emotion and action. For the practising artist in an age of homocentric imagery it was a sine qua non in the production not only of religious commissions, but the satisfaction of the burgeoning appetite for Classical subjects and, within Leonardo's lifetime, a growing market for secular subjects with no particular moral, religious or historical significance. 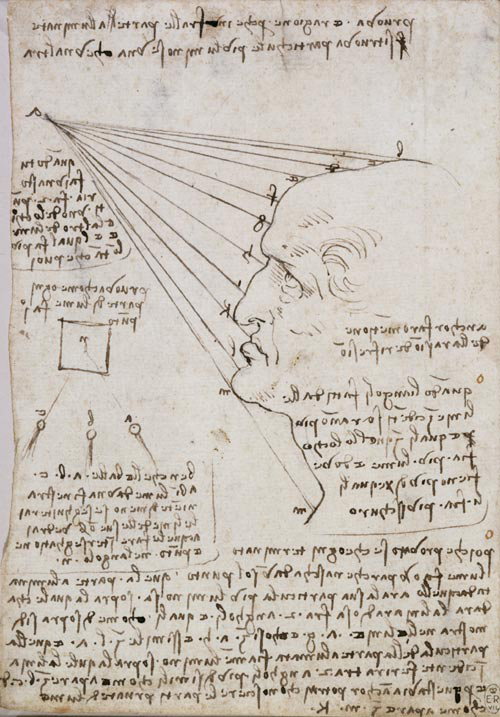 Leonardo da Vinci. Head of a man showing how rays of light fall upon the face from an adjacent source, c.1488. 20.3 x 14.3 cm. Pen and ink on white paper. Royal Collection © 2006 Her Majesty Queen Elizabeth II.

It is often remarked, in regard to art preceding the 19th century, that it pre-dated the invention of photography. The implication is that handcrafted productions in the form of drawings and designs are inevitably inferior to what could eventually be achieved with a camera. Leonardo's drawings expose the profound misconception behind this widely held presumption. No camera has ever, or will ever, provide us with a more vivid picture of, for example, the disposition of the internal organs of the human form than that provided in Leonardo's drawings. This is a conclusion vindicated by fact that even today, in the age of high-quality colour digital photography, contemporary medical artists still fall back on hand-rendered images to capture and communicate complex and subtle medical and surgical information. Compared with the human eye and the human hand, the camera is and will remain a relatively crude instrument for recording visual facts.

Leonardo's preoccupation with the physical world around him had three aspects: retrospective, prospective and speculative. In retrospective mode, he looked back upon inherited physical reality and attempted to analyse and record what presented itself to his senses. Hence we find the painstaking records of the nature and function of the human form, the structure of the skeleton, the disposition and operation of organs, the oddities of physiognomy, and so on. In the same vein of enquiry we have countless drawings that attempt to understand the form, nature and movement of all physical phenomena, including the more amorphous ones such as water and air. 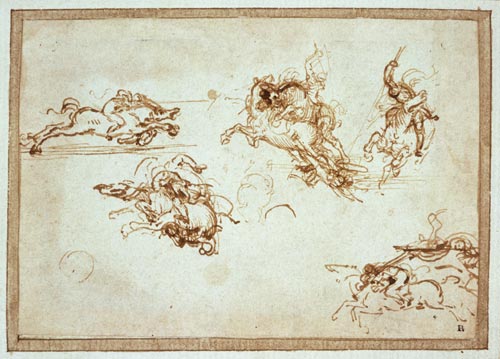 Leonardo da Vinci. Studies of horses and horsemen for the Battle of Anghiari, c.1503. 8.3 x 12 cm. Pen and Ink. The British Museum, London

In prospective mode, Leonardo used his newly acquired knowledge to imagine how an understanding of these phenomena might be exploited in the invention and development of things not yet in existence, such as flying machines, civil engineering projects, new building forms and weapons systems.

In what I have called speculative mode, he moved beyond the recording of existing phenomena and the projection of new inventions in the pursuit of an overarching theoretical system that would bring both together in one grand scientific explanatory scheme; hence his interest in mathematics and geometry.

Leonardo was born in what we might still call with justification the Middle Ages; he died in what we rightly call the High Renaissance. His turbulent and, at times, painful journey from one to the other reflects at a personal level what was happening in Western society in general. It was an age when most of the comforting but stagnant assumptions that dominated the medieval world were challenged and then overthrown by new scholarship and new aspirations. One driving force behind this development was the rediscovery of Classical science, literature and culture. Leonardo belonged to that generation of artists who were no longer content with the cultural and social status of a humble technician, simply interpreting, realising and executing the requests and wishes of his clients, like a conscientious craftsman constructing a piece of furniture to order. He demanded and was granted a cultural status comparable with that of the philosopher, the poet and the statesman. 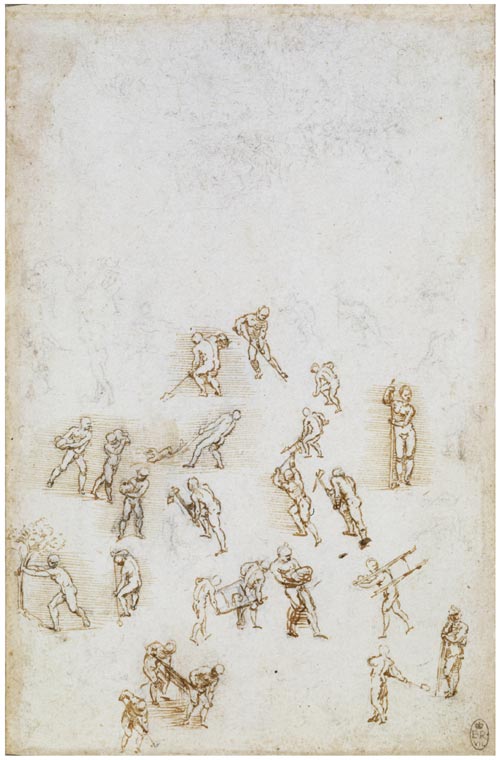 He realised that he did not possess, and never would acquire, some of the skills and attributes that were, in his day, regarded as the prerequisites of someone cultivated in the liberal arts. He never gained more than a rudimentary competence in Latin, at that time regarded as what we now call an essential 'core skill'. It is also, I understand, possible to fault some of his mathematics. However, in Leonardo's day there were literally countless well-educated men of learning who could throw off an elegant stanza in Latin and had mastered Euclid from beginning to end. They have disappeared into the oblivion of history. Leonardo has not, because he possessed to a prodigious degree other skills of much greater significance; notably the ability to perceive, to record, to examine, to think and to speculate. 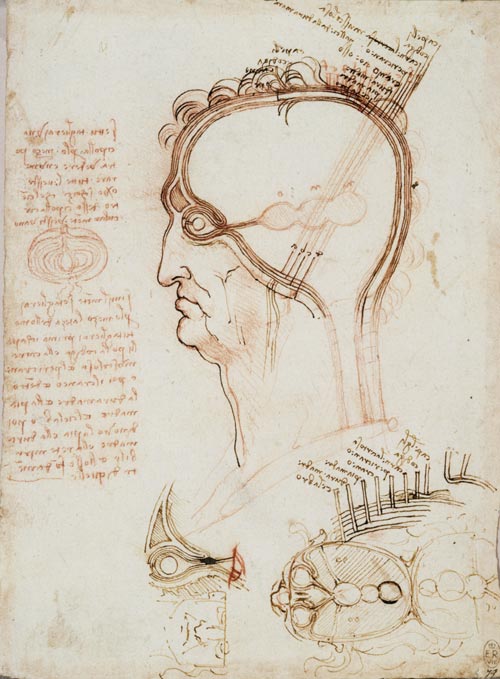 His example and his message for us today is that one must never be content with received wisdom, whether in the form of science, technology or social practice. The society that convinces itself that everything which needs to be known is known, and that the way things are done is the best of all possible ways, is a society in stagnation, and will ultimately die on its feet. Leonardo's greatest attribute, which underpins all his achievements as an artist and thinker, was that he did not take anything for granted. This is the fact that emerges most forcibly from his work and from this exhibition. 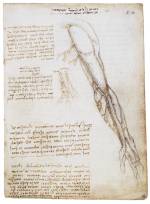