Eileen Gray's furniture has become well known ever since the London-based architect, designer and retailer, Zeev Aram, put it back into production (beginning with the E.1027 table and the Bibendum chair) in 1972. It was this, together with an article in Domus by Joseph Rykwert in 1968, that began the re-establishment of her reputation - she had been forgotten since the beginning of the Second World War. Eileen Gray was 92 years old at the time, and witnessing the revival of her designs at the end of her life must have given her great pleasure. Since then, of course, other notable pieces of her furniture have also become available, and following Aram's own displays, there have been a number of exhibitions of her work, including those at the Victoria and Albert Museum in London and the Museum of Modern Art in New York in 1979.

For the Design Museum, the answer as to how to present Eileen Gray in a new way has been to concentrate on her work as an artist/craftsperson working in lacquer, and on her small number of architectural projects, not all of which were built. So, entering the exhibition, the visitor is immediately confronted by a case containing the tools she used for working in lacquer - brushes, scrapers, cloths and pumice stones - and, in another case, a few examples of her lacquer work, mostly small black boxes. There is also one of the black lacquer screens made from several variations of the same design for Jean Désert, the gallery that Eileen Gray opened in Paris in 1922. The gallery is shown in a large, blow-up photograph.

This section is augmented by other display cases showing Eileen Gray's notebooks and documents relating to the gallery. It is interesting but minimal. And, since there are so few exhibits (the only non-lacquer ones are an early chair and a rug in an abstract design produced for Jean Désert), why are there not more photographs? These could have included other versions of the screen, the black lacquer desk with carved ivory handles (possibly by Inagaki) of 1923 and the bedroom-boudoir for Monte Carlo that was exhibited in the 14th Salon des Artistes Décorateurs, also of 1923. Disliked by the French press, it was much admired by Walter Gropius and JPP Oud.

The visitor then moves into a gallery containing a series of wooden architectural models that are laid out like place mats on a long table. They seemed to be of immense interest to the many students at the exhibition (is Eileen Gray's work as an architect still a revelation?) Most famous of all, of course, is E.1027, the house overlooking the sea at Roquebrune in the south of France, which was designed with Jean Badovici and built and fitted out from 1927-29. It is the house from which Le Corbusier swam to his death in 1965. Also built is another house that Eileen Gray designed for herself, Tempe à Pailla in Castellar, near Menton, in 1932-34. Because of its use of a rough stone pedestal, it is less of a purist example of the modern international movement than E.1027.

What makes this section of the exhibition interesting to those already familiar with Eileen Gray's work are the projects that were never built, including the House for an Engineer of 1926, the camping tent of 1931 (her drawings show how it is erected), the Ellipse House of 1936, in which a rectangular entrance leads to a barn-like structure, which is a bit like the Nissen huts built in Britain during the Second World War, and the Cultural and Social Centre of 1946. All are accompanied by plans and drawings. But, again, why are there no photographs? E.1027 is particularly well documented. The relationship between Eileen Gray's architecture and her interior design (including furniture, light fittings and rugs) is crucial to understanding her work as a designer - something the exhibition fails to make clear.

The final section contains a few examples of Eileen Gray's paintings and gouaches from the 1940s onwards, as well as cases containing a selection of books and catalogues. What it does not do, however, is put Eileen Gray into her context. There is no examination of her importance as an Art Deco designer, nor of how her architecture fitted in with that by members of the de Stijl group or the Bauhaus, nor of her relationship to the very small band of women designers working in Europe during the period between the two world wars. For example, how close was she to Charlotte Perriand? (Perriand designed most of Le Corbusier's furniture while working in his office in 1928 and 1929 but has never been properly acknowledged for this.) And what about Eileen Gray's relationship with Badovici and Corb himself? The Design Museum may have found another way of introducing people to Eileen Gray, but I left the exhibition feeling that the result was very unsatisfactory. 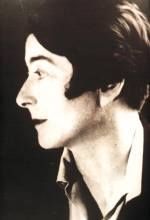 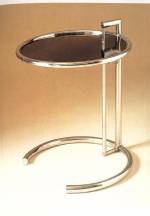