In these new works, Mehretu plunges the viewer into her phenomenological, immersive methodology and her mark-making serves to release your own rich store of memories and associations 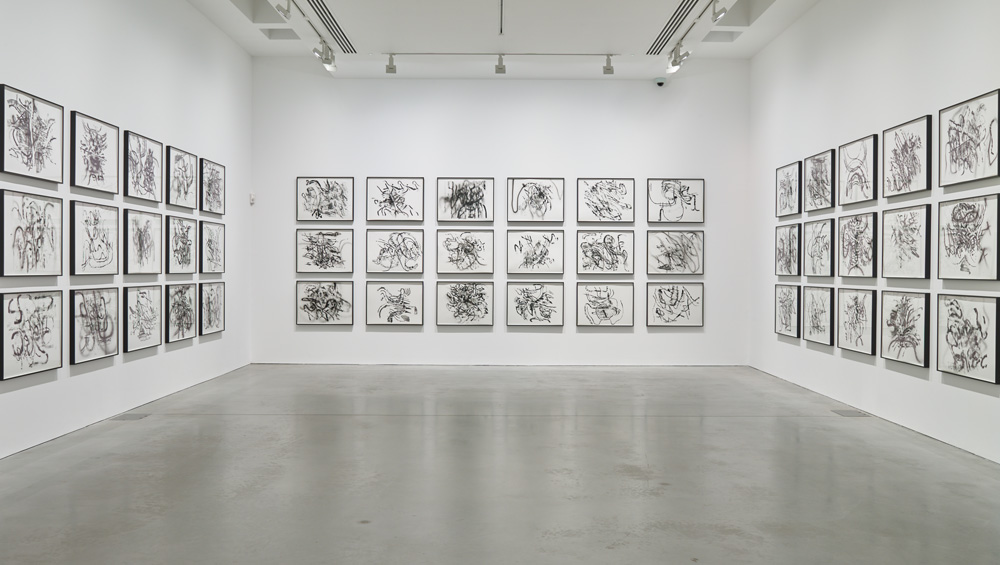 “Push, scratch, mark, cut, stain … The sound of graphite on paper, ink clotting out of nib, pulled by fibres in the paper on the surface of acrylic, like stone, like parchment. Never tabula rasa: always palimpsest.” Julie Mehretu (b1970, Addis Ababa) is reciting her own stream-of-consciousness, beat-poetic description of her approach to painting and drawing, at the start of a Tate Modern American Artist Lecture in 2014, filmed and available on the Tate website.

To enter Kettle’s Yard’s installation of Mehretu’s new monotypes is to plunge into her phenomenological, immersive methodology. Made with ink on acrylic panels, which are printed on to paper and painted, these investigations into mark-making are concentrated in one gallery, and layered in rows of three. Every wall is covered in these vigorous, exploratory, untitled abstractions. An intriguing choreography of calligraphy, each one is remarkable both for its distinct qualities and the resonances with the drawings around it. They are devoid of captions or numbers, leaving us free to associate as we please, both within and around the drawings – left, right, up, down. 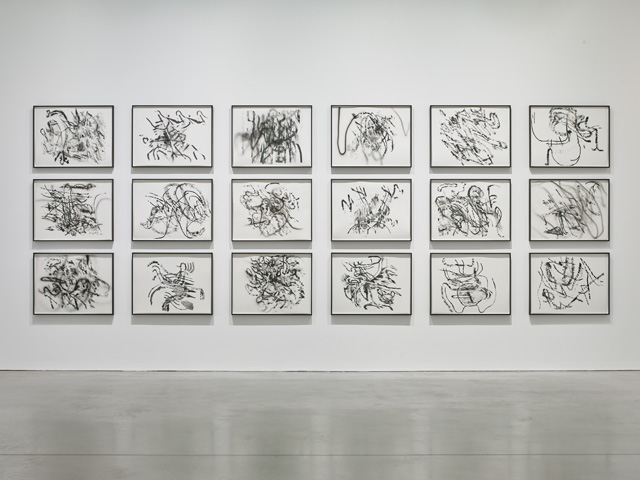 The experience teaches you as much about your own ways of seeing as Mehretu’s. It is inevitable that we look for recognisable symbols and signs – here is perhaps the outline of an elephant; there a hand, a foot, a mountain range, a network of roads with a river sliced through it. They are never static; they pulse with movement and speed, slow, quick, slow; splash, stab, smudge, smear. They speak of decades of skill at probing beyond the obvious, the purely representational.

More from her Tate talk: “When drawing, pull out of myself, lose place, go deep into a pressurised state of disfiguration, disembodiment. Lose all sense of cultural self, get lost inside of beat, inside of sonic, pulsing system of half links, half-consciousness, half-wit. Find the break. The hand equals an instrument, device. The hand, the wrist, the gesture … Get at the strangeness of the future image, experience rather than habitually view and decipher … The emergence of something new, from bits of now, past, place, data, mark, detritus, architectural parts, diagrammatic language.” 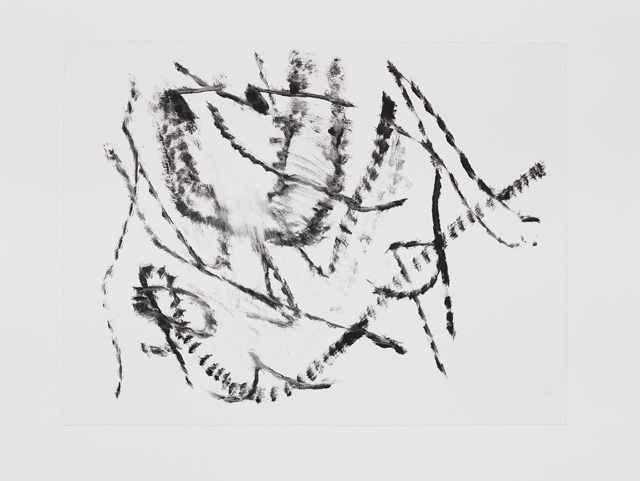 Mostly the monotypes look like landscapes, viewed through the prism of memory, broken down into landmarks, elemental parts, etheric or atmospheric qualities. Some appear violent and disturbed, others lyrical. They are multidimensional: collectively and individually, Mehretu’s dynamic, dark lines set up a visual dance, offset by pale, smeary smudges. At the midpoint of the first, lefthand wall, and four along, the vigorous scratches and scribbles look like tree bark. Next door to it, the drawing is speckled with staccato smudges, overlaid with pale, longer, streaks. Suddenly, I am staring at a crowd scene through a rain-spotted window. Gazing into these drawings is hallucinatory – albeit a gentle, associative hallucination. Somehow, the combination of vagueness and vigour in her mark-making serve to release your own rich store of memories and associations.

Mehretu’s most celebrated works are fiercely political: her larger, multilayered pieces are inspired by world events, from race riots in the US to Egypt’s Arab spring. While this US-based artist is feted and exhibited all over the world (Documenta, 2012; White Cube 2013; Berlin’s Deutsche Guggenheim, 2009), my only previous encounter was in 2017, when the opening of Tate Modern’s Blavatnik Building revealed Mehretu’s Mogamma 3, one of her monumental series Mogamma: A Painting in Four Parts, first shown at Documenta. Four and a half metres tall and 3.5 metres wide, it layers architectural drawings of the Mogamma government building in Cairo’s Tahrir Square, where the anti-government protests took place in 2011, with imagery of other public buildings and squares linked to major public protests, from Addis Ababa to New York. As Mark Godfrey, Tate curator, says in his description of this painting: “Viewers have to abandon the desire to fully master what they see.” 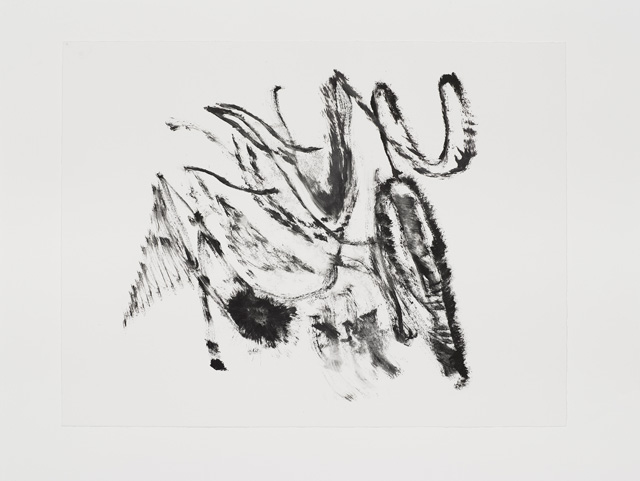 The same is clearly true here. But devoid of any overt political or human thematic context, the interaction is more like play, a free-association. The more you allow yourself to inhabit the space in front of and around each work, to open up to the references inspired by these marks and the physical evidence of Mehretu’s actions in making them, the more you see.  It truly is, as Mehretu says in the aforementioned talk: “a physical, sensorial image that is a time-based, emergent experience.” 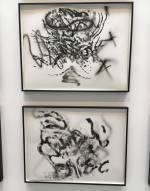 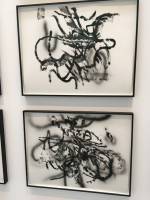 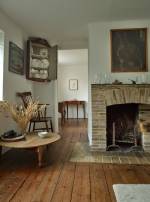