In fashion shoots, studio portraits and street photography, this major survey of the British Ghanaian photographer’s work shows his enduring interest in people as he captures major social and political changes across two continents 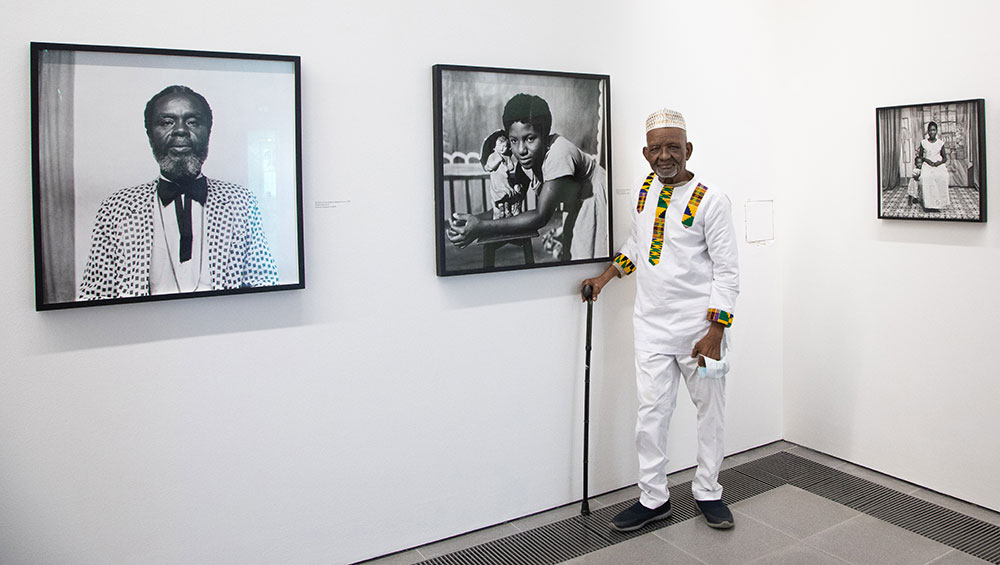 Hailing from a family of photographers, James Barnor (b1929, Accra, Ghana) established his Ever Young studio in Jamestown, Accra, in the 1950s. The unassuming tin-roofed building became a bustling community centre of sorts, where people from all walks of life would come to hang out and have their portraits taken. Barnor, now in his 90s, cut his photographic teeth here before going on to capture major social and political changes across two continents. As with other African photographers of his generation, his extraordinary body of work has only recently received critical attention in Europe. This exhibition at the Serpentine North Gallery – his largest to date – focuses on the years 1950-80. Brimming with dynamic photojournalism, studio portraiture and social documentary, it reveals a photographer driven by an enduring interest in people. 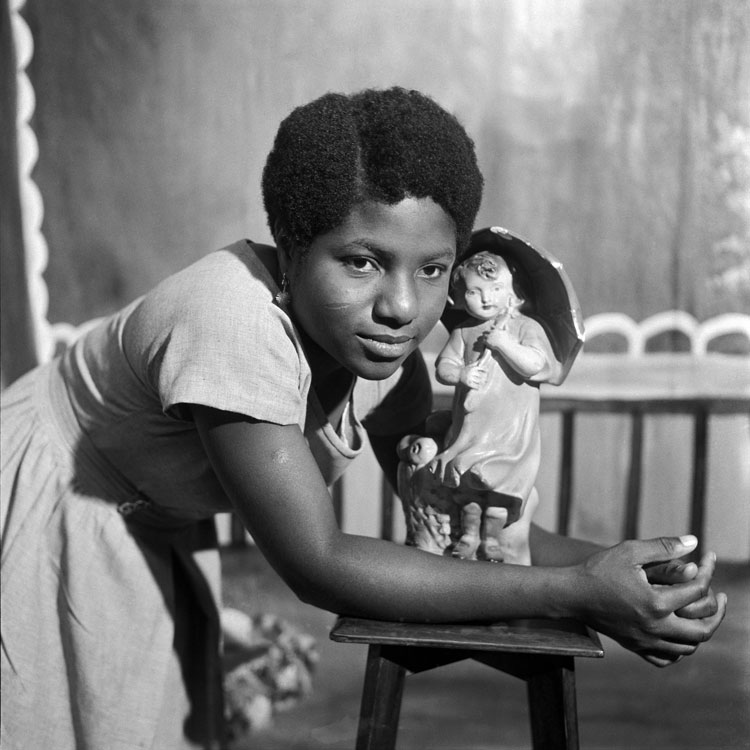 We do not know the name of Barnor’s first client at Ever Young, though we do know what she looked like, because her 1953 portrait is exhibited here alongside numerous black-and-white photographs that demonstrate the breadth of the clientele. Wearing a smart, gingham dress and an optimistic smile, the young woman poses in Barnor’s studio, which appears repeatedly in portraits of young couples, children, boxers, pastors, medical staff and professional women, such as Selina Opong (1954), one of the first female police officers to be recruited in Ghana. Her portrait is indicative of the social change encouraged by Kwame Nkrumah, the first prime minister of Ghana and later the first president, who led the country to independence from Britain in 1957. 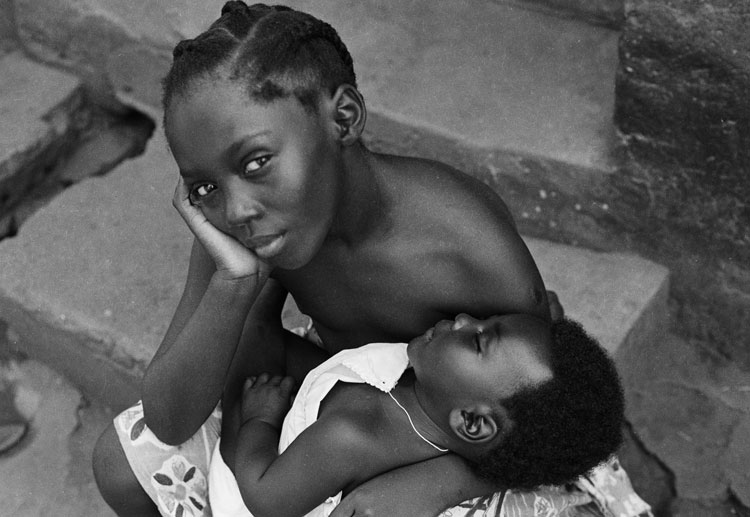 In addition to portraiture, Barnor gained experience in reportage, working on assignments for the Daily Graphic newspaper. As Ghana’s first photojournalist, he documented the key political figures and events in the lead up to independence. When that day finally arrived, he was out on the streets, capturing the celebrations for the Black Star Photo Agency in London. He recorded Nkrumah meeting the Duchess of Kent and the then US vice-president, Richard Nixon. A handful of these images are included here, though unlike his studio work, these are not carefully posed portraits, but spontaneous and of the moment, lending the dignitaries an informality that characterises much of his street photography. 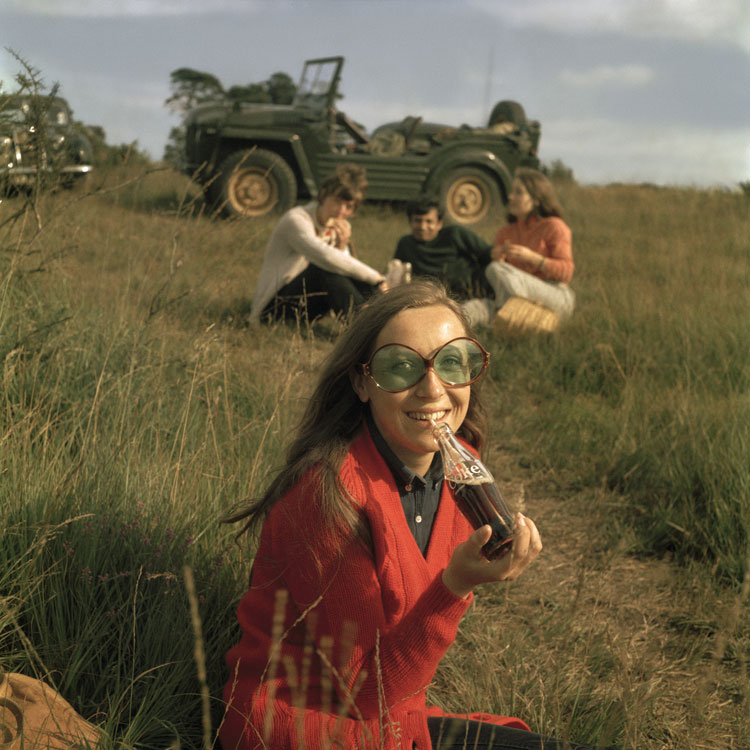 Barnor’s experiences of growing up under British rule made him naturally curious about the “motherland” and, in 1959, he left Ghana for Britain on the recommendation of a former teacher, AQA Archampong, who had travelled there to study. Hungry to learn colour photography and further develop his skills, Barnor arrived in London at the dawn of the swinging 60s. Here, he mixed street photography with assignments for the South African magazine Drum, an influential politics and lifestyle publication that he had begun working for while living in Ghana. 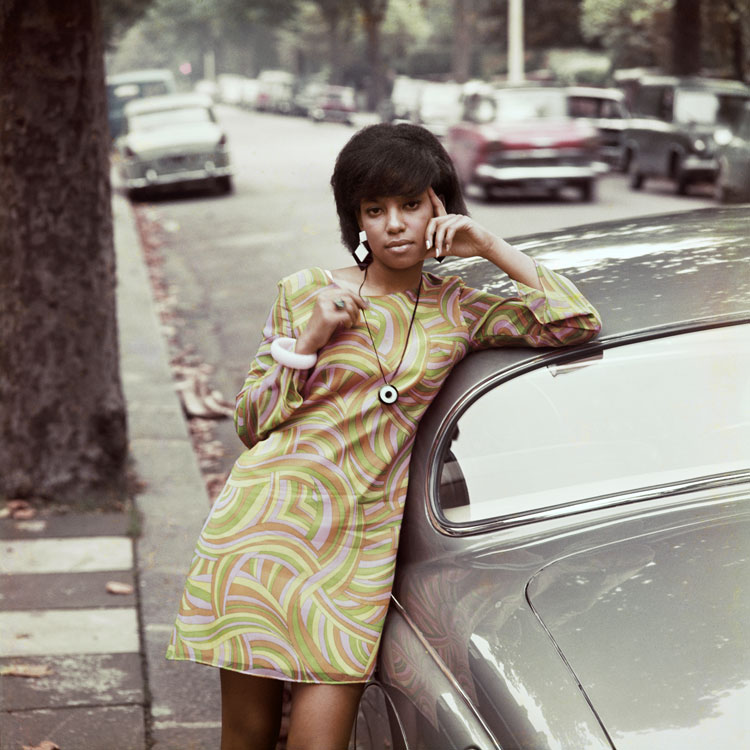 In London, Barnor turned to fashion shoots, photographing models of African descent, such as Erlin Ibreck and Marie Hallowi, for the magazine’s cover. These images of attractive young women posing with cars and sporting mod minidresses are very much of their time; though today they appear trite, their significance in the history of black representation in visual culture cannot be denied. 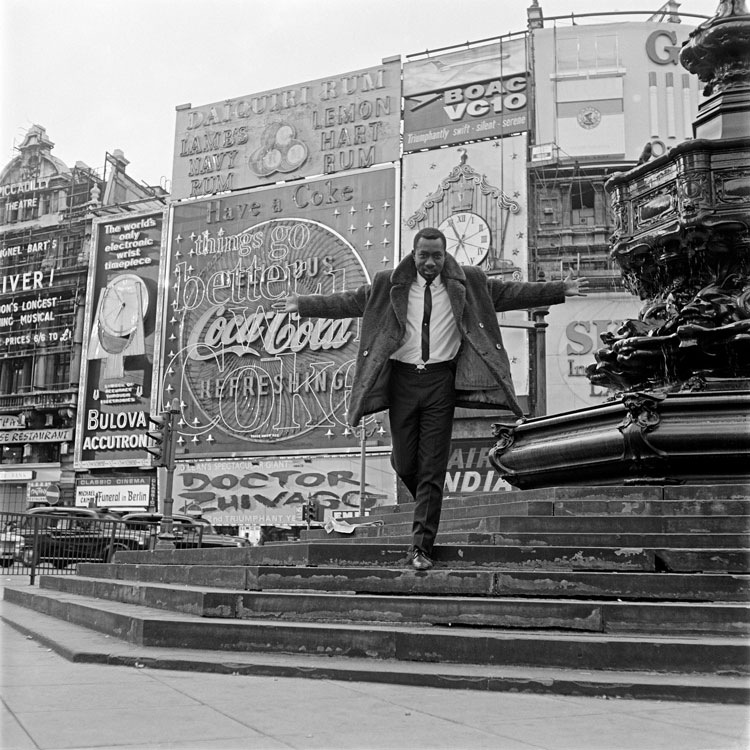 While Barnor’s glamorous images for Drum reveal a mastery of fashion photography and its conventions, it is his informal, seemingly off-the-cuff compositions that really shine. Take for example the carefree shot of the BBC World Service presenter Mike Eghan skipping down the steps at Piccadilly Circus (1967), or the humorous photograph of Barnor’s young son being admired by three elderly ladies in Kilburn (1966). Elsewhere we see Barnor’s wife being served ice-cream in Petticoat Lane (1960), while a shot from his cousin’s wedding shows the African bride stepping from a car driven by a grimacing white chauffeur (1964). As well as providing an important document of Britain’s emerging multiculturalism, these playful images of family and friends from the expatriate Ghanaian community convey Barnor’s vivacious approach to the world around him. 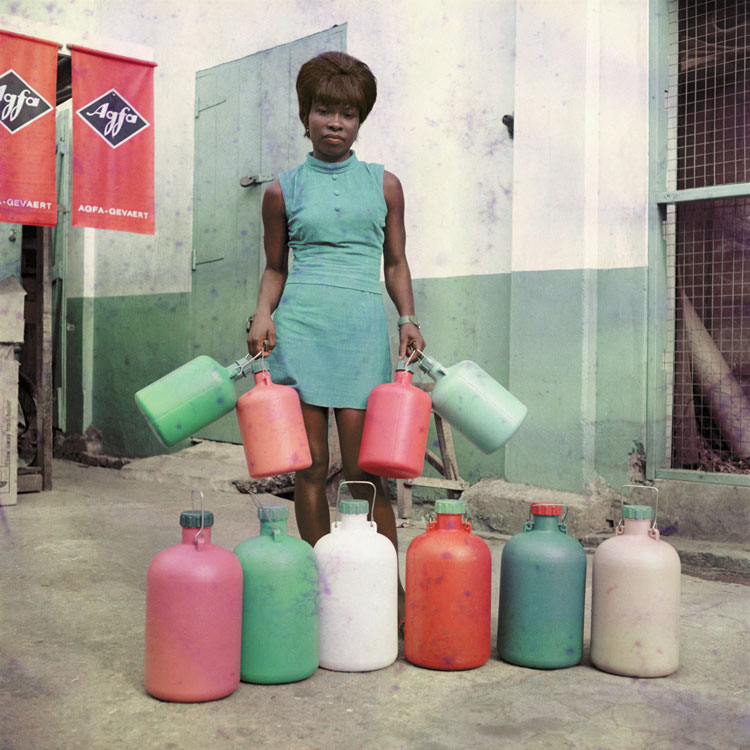 In 1970, Barnor left his job at Colour Processing Laboratories in Kent and returned to Ghana where he established the country’s first colour-processing laboratory in Accra. Soon after, he opened his second studio, Studio X23, in 1973. As the portraits and commercial projects from this period show, his technical skills in and out of the studio had become extremely proficient. On the Serpentine’s long walls, attractive cover girls wearing the styles of the era jostle with everyday clients and street performers to form a collective portrait of postcolonial life in 1970s Ghana. One iconic image shows a shop assistant clutching a colourful range of plastic bottles (1971); her pose is striking, though the portrait served a prosaic purpose, intended as a colour guide for Barnor’s processing lab. 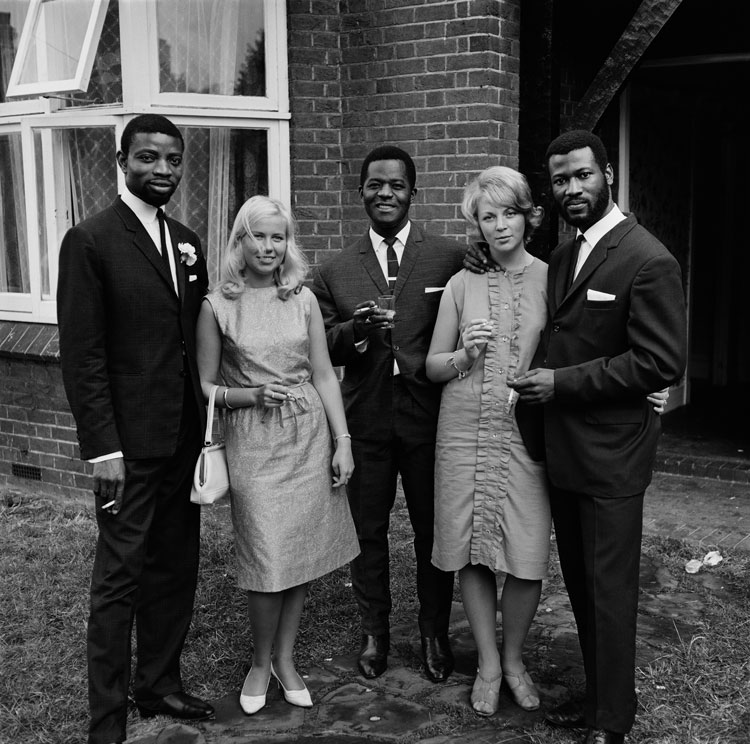 Although Barnor has a keen compositional eye, the folksy charm of his earlier work is rarely matched after 1970. Even his photographs of musicians, such as the jaunty portrait of EK Nyame posing with his clarinet pointing to the sky (1975), have a rigid, slightly unnatural quality. Sometimes, however, this is presented as a deliberate strategy, such as in the humorous black-and-white photograph of two young boys dressed in identical suits standing side by side (c1970s) – an image that recalls Diane Arbus’s iconic Twins photo from 1967.

Barnor returned to the UK in 1994, where he languished in obscurity until the first solo show of his work at London’s Black Cultural Archives in 2007. Since then, he has enjoyed numerous exhibitions and publications, a sign of the increased interest in his work and in the history of 20th-century African photography more broadly. Barnor’s cross-cultural perspective infused his practice with a richness that is well represented by this busy exhibition. But with around 32,000 images in his expansive archive, we are only just getting to know him.