Diane Arbus's first retrospective exhibit in 1972 - several months after her suicide - shocked the public while mythologising the artist. 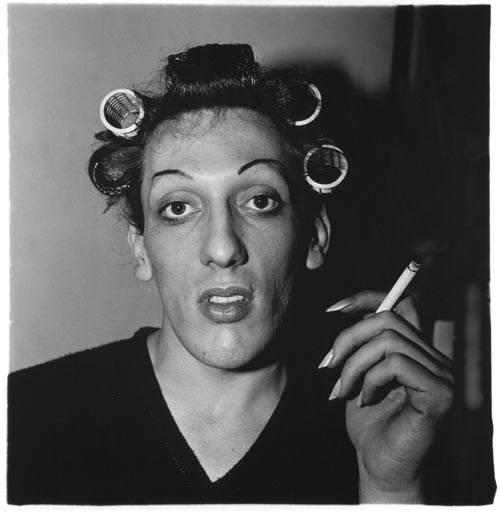 Over 100 photographs celebrating her range of subjects, from drag queens, wealthy families and Jewish giants to the mentally ill, were lovingly selected by three of her closest companions: her daughter, Doon; her friend, Marvin Israel; and her biggest advocate, John Szarkowski. Exhibited during a period when the status of photography was being simultaneously questioned and defined, Arbus's oeuvre pushed the boundaries of the medium to include uncomfortable images. Although the show shocked many it still offered a crucial understanding of and new direction for photography.

Today, over 30 years later, quite a different retrospective of Arbus's work is on view at the V&A. Rather then the introduction of a body of works, 'Diane Arbus: Revelations' strives to explore the character of the photographer as well. In addition to the display of nearly 200 photographs, the exhibition includes three 'libraries' that chronicle Arbus's career through diary entries, private postcards, contact sheets, award letters, lists of accomplishments and old cameras. In many ways these rooms serve as a response to the criticism surrounding Arbus's aggressive approach to sensitive subjects. In displaying her journals and her letters, the curators have similarly exposed Arbus's own abnormalities and idiosyncrasies through highlighting her insecurities.

Although these notebook pages and family pictures appear carefully selected and placed, the curation of the actual photographs seems arbitrary and artless. The possibility for interaction between the prints appears strangely unaccounted for; in room after room, the photographs begin to blend together, blurring the unique qualities of the individuals depicted. Her photographs reveal an almost obsessive dedication to capturing the people who existed on the fringe of society and to exposing those who succeeded within in it. The intensity in the sheer volume of stylistically similar works shows her success in achieving her most famous goal: 'I would like to photograph everybody.'1 In capturing individuality and concealed identity, Arbus approached every subject with the same format in a similar manner. Thus, the show reveals that as she explored, and perhaps exploited, their differences, she also treated them equally.

In 1972, Arbus was credited as being 'one of those rare figures ... who suddenly, by a daring leap into a territory formerly regarded as forbidden, altered the terms of the art she practiced.'2Yet it is for these same reasons that her motives and approach are constantly questioned. Raising issues about Arbus's responsibility to her subjects, Susan Sontag asked about the moment after the button has been pushed:

Far from spying on freaks and pariahs, catching them unawares, the photographer has gotten to know them, reassured them - so that they posed for her calmly and stiffly ... A large part of the mystery of Arbus's photographs lies in what they suggest about how her subjects felt after consenting to be photographed. Do they see themselves, the viewer wonders, like that? Do they know how grotesque they are? It seems as if they don't.3

Although Arbus presents herself in these presumably honest terms, in exposing truth through portraits of individuals, the artifice in her production further confirms the status of photography as art. The experience of being photographed by Arbus was far from natural and comfortable as described in a recent article in The Guardian by Germaine Greer. Here, Greer critically details a 1972 photo shoot with Arbus, illustrating the the aggressive nature of the photographer:

Pinned on the bed by her small body with the big camera in my face, I felt my claustrophobia kick in; my heart rate accelerated and I began to wheeze. I understood that as soon as I exhibited any signs of distress, she would have her picture. She would have gotten behind the public persona of Life cover-girl ...4

Studying the resulting portrait of Greer, 'Feminist in her hotel room' from 1971, one would never have suspected the trauma of the sitter. Greer appears contemplative, questioning, and distracted. 'Revelations' provides the tools with which to assess Arbus's approach and results in presenting the artist's writings in conjunction with her photography.

As Arbus pushed these boundaries she extended the medium and changed the function of the photographer. In capturing the eccentric and seeking out uncomfortable images, she went where no photographer had gone before: 'I really believe there are things that nobody would see unless I photographed them.'5 Following Arbus, many photographers joined her in moving away from Cartier-Bresson's concept of 'the decisive moment' in photography. Richard Avedon continued with a tradition of portraiture that brought out the interior life of both politicians and wanderers; Nan Goldin photographed sexual relationships in The Ballad of Sexual Dependency; and, today, Ryan McGinley creates images of New York City youth culture.

In its presentation of photographer and photographs, 'Revelations' has reopened and reassessed many of the difficulties surrounding Diane Arbus while celebrating and recognising an impressive and massive collection of work. 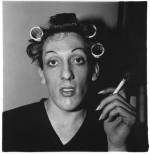 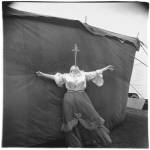 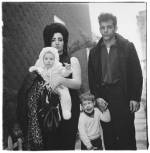 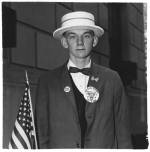 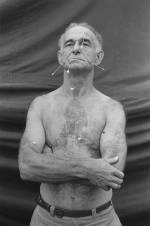