Right on time to contribute to the national discussion on what it means to be British, comes Tate Britain's first photography exhibition - and what a very welcome and ambitious venture it is. 'How We Are' is an attempt to collect a family album for the country from the birth of photography to the present day. The curators have employed original prints, illustrated magazines, books, postcards, slideshows and digital screens to emphasise the adaptability of the still image and its continuing grip over us, despite the ubiquity of the moving image.

Detailed analysis of particular events is cast aside for a broad sweep of domestic stories. This is photography as narrative of identity rather than a straightforward record of wars, riots and political upheavals (although some such images have their place).

The 500 images are, mostly, observations of ordinary life and surroundings - albeit by some of the most extraordinary names in British photography, including Henry Fox Talbot, Julia Margaret Cameron, Roger Fenton, Cecil Beaton, Bill Brandt and David Bailey. They document urban and country life, landscape, ordinary people and the faces of each era's famous - or 'celebrities' as we must now call them. There are also 'family album' photographs by Lewis Carroll, Henry James, the Sassoons, Vanessa Bell, Norman Parkinson and other notables.

Along with the greats, many lesser known photographers make up the 150 whose works are on display. These include a host of haunting, revealing and arresting images that testify to the enduring obsessions of human nature. A surprise (to me at least) was the role played by several pioneering women in the early years of photography.

The exhibition is organised chronologically, and demonstrates (better than any textbook) how photography emerged as an exclusive hobby among a small number of wealthy amateurs and inventors, the rapid advancement of the technology, how black and white photography took its place as a 'legitimate' art form, the sudden 'liberation' of photography as an everyday tool of the masses, and how colour photography burst on the scene (and muddied the water about 'artistic value').

Room one covers 1840-1900 and richly rewards close attention. If all philosophy is a footnote to Plato, then all photography is a footnote to these first 60 years. With remarkable prescience and ingenuity in the face of immense technical challenges, the early practitioners invented nearly everything we recognise today as the photographic arts, especially portraiture, landscape, still life and documentary - the four classifications by which the exhibition is organised. Anna Atkins (born in 1799) placed a dandelion on photographic paper, exposed it to sunlight and created an impressionistic, otherworldly but incredibly modern pattern on a sea-blue ground. A complete contrast, grounded in firm reality, is Fox Talbot's incredible technical achievement that records the building of Nelson's Column in 1845. The Huline brothers' 1890 picture of pair of grinning white-faced clowns larking about with a broken mirror could have been taken last year at a 'groundbreaking' Edinburgh Fringe review.

The 20th century begins with Room two as photography moves beyond the bounds of the early pioneers, becomes a viable career and ordinary families are offered the prospect of familial immortality previously only available to the aristocratic classes via portrait painters. The Great War impinged greatly on this period but still the camera penetrated into every aspect of daily life, family events, folk rituals, gatherings of workers, Suffragettes … and photographers found roles as social critics and eyewitnesses to injustice. Postcards and illustrated magazines were mass produced bringing images of the powerful, landmark buildings and current events to a vast population which had never had such access before.

In Britain, the medical profession was among the first to recognise the practical applications of photography. Psychiatrists hoped that the still image might reveal hidden mental pathology and Hugh Diamond made many photographs of inmates of lunatic asylums - most of whom look perfectly normal, if sad.

More useful, and on display to the general public for the first time, are a set of photographs that record the birth of a new medical discipline - plastic and reconstructive surgery. During the First World War, Harold Gillies, a surgeon from New Zealand, became interested in facial reconstructions of badly injured soldiers and persuaded the Royal Army Medical Corps to set up a special unit, first in Aldershot, then in Sidcup - where many of the fundamental techniques of plastic surgery were developed.

During WW2, Sir Harold continued this work, greatly assisted by the pioneering photographer Percy Hennell, who developed a new (and very expensive) non-fading colour photography technique. These pictures not only enabled other doctors to learn the innovative surgical methods but also assisted in clinical practice by providing allowing doctors to monitor blood flow and perfusion of tissues more accurately than with black and white photography. Moreover, Gillies persuaded his cousin, Archibald McIndoe (who arrived in London from New Zealand in 1930) to enter the field of plastic surgery; he went on to become another celebrated surgical pioneer with the centre he set up in East Grinstead for the repair of badly burned (mostly) airmen who became known as 'McIndoe’s Guinea Pigs'.

The exhibition contains remarkable 'before' and 'after' photographs of a soldier whose eye was destroyed leaving an empty socket, followed by the intricate jigsaw of skin flaps. Gillies moved and re-attached them to restore the face to as close to a normal appearance as possible. The colour on the images has, indeed, remained pristine 60 years later … the promises of Percy Hennell's processes were well kept.

The exhibition continues into the present, in which almost every pocket contains a mobile telephone capable of capturing hundreds of digital images and no incident goes uncaptured, indiscriminately, from every possible angle.

Many of the images in this exhibition may be overly familiar and the curators' view of Britain seems a little pessimistic - there is a lot of grime and general decrepitude - but the general public can make up for whatever is missing by contributing to the online collection and, from this, 40 images will be added to the Tate Britain exhibition, see below for details. 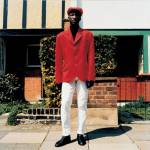 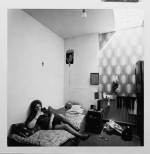 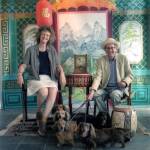 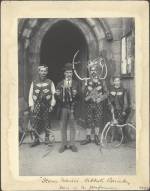 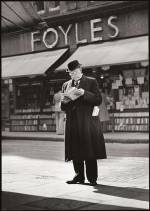 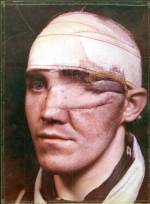