The first major exhibition of photography at the Dulwich Picture Gallery uses nature as a lens to examine the science, history and culture of the medium, while asking what is a ‘picture’ in the 21st century? 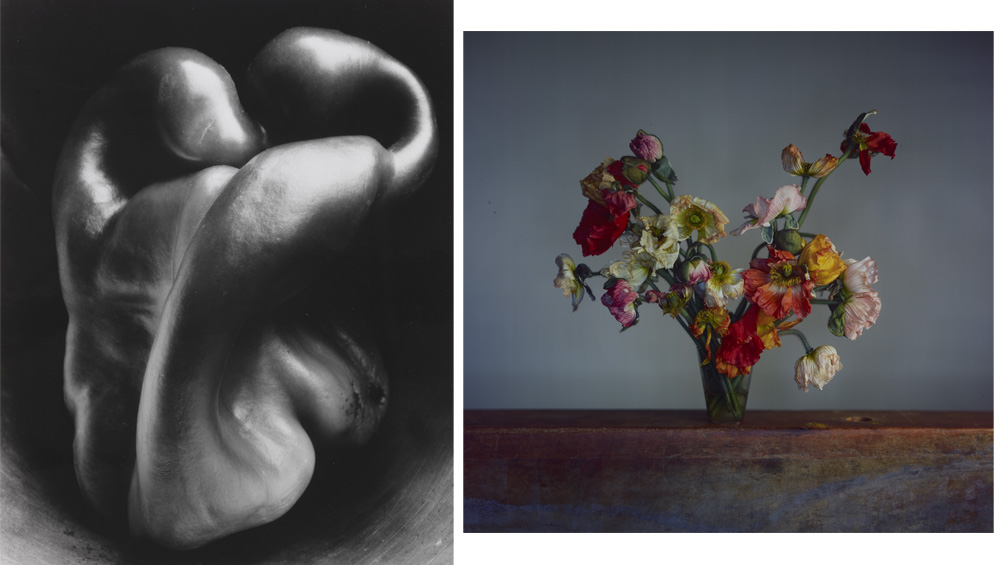 While lockdowns as a result of the coronavirus pandemic may have urged us to photograph nature more than ever in 2020, it is comforting to think that photographers have been finding solace in framing nature since photography was invented in the early 1800s. The timing was not intentional, but Unearthed: Photography’s Roots feels all the more poignant because of the current situation, says Alexander Moore, curator of Photography Unearthed and the creative producer at Dulwich Picture Gallery.

“What I had found through my research is that every major photographer seems to have had an enduring connection with nature – Talbot, Cunningham, Mapplethorpe. This exhibition explores it as one single narrative,” he says. The exhibition includes more than 100 works by 41 artists, covering documentary to fashion photography, and processes from analogue to digital. 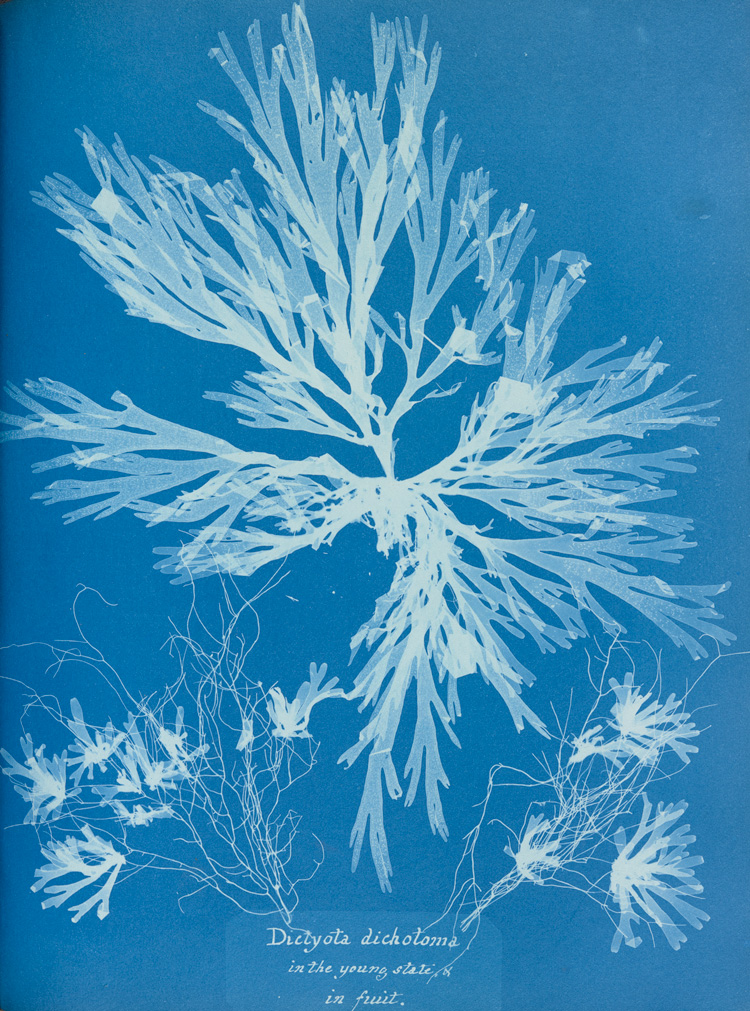 In a digital era where photographs feel cheap, fleeting and disposable, it is refreshing to trace photography back to its beginnings, when a photograph was more of an object than an image. The chronological exhibition opens with a room of early Victorian experiments. The paper negatives made out of table salt, water and silver nitrate by William Henry Fox Talbot (1800-77) progressed into the photography we know today. But there are also other techniques on show; a ghostly calotype of a bunch of dahlias in a vase, and high-contrast photo engravings of parsley and ferns fronds. These photographs carry the aura of their subject, as well as its image.

“I always knew there were more photographic techniques available in the 19th century than there are now, but not quite how many,” says Moore, who studied photography at university and was formerly the head of exhibitions at Mario Testino Studio. “By the time we get to the late-19th century, they have been distilled into one.” 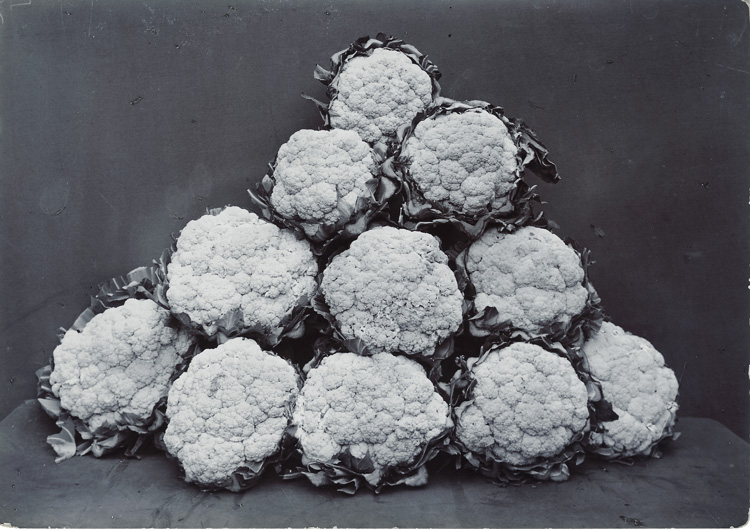 Exploring the breadth of scientific experimentation in the Victorian era led him to question: “Could there be another technical renaissance? Could image-making become more abstract – encompassing data, the internet, 3D objects? I liked that the exhibition could be cyclical, connecting the Victorians and today in a closer relationship than the decades in between,” he says.

Part of what the Dulwich Picture Gallery’s first major exhibition of photography hoped to achieve was an examination of what the word “picture” means to us today. Perhaps instead of paintings, photographs are the type of image we might first association with the word picture.

“The Dulwich Picture Gallery is 203 years old now, and Thomas Wedgwood and the earliest experiments in photography are near enough the same age. Even though the gallery was founded in photography’s golden age, Sir Francis Bourgeois never would have imagined that photography would line its walls,” says Moore. 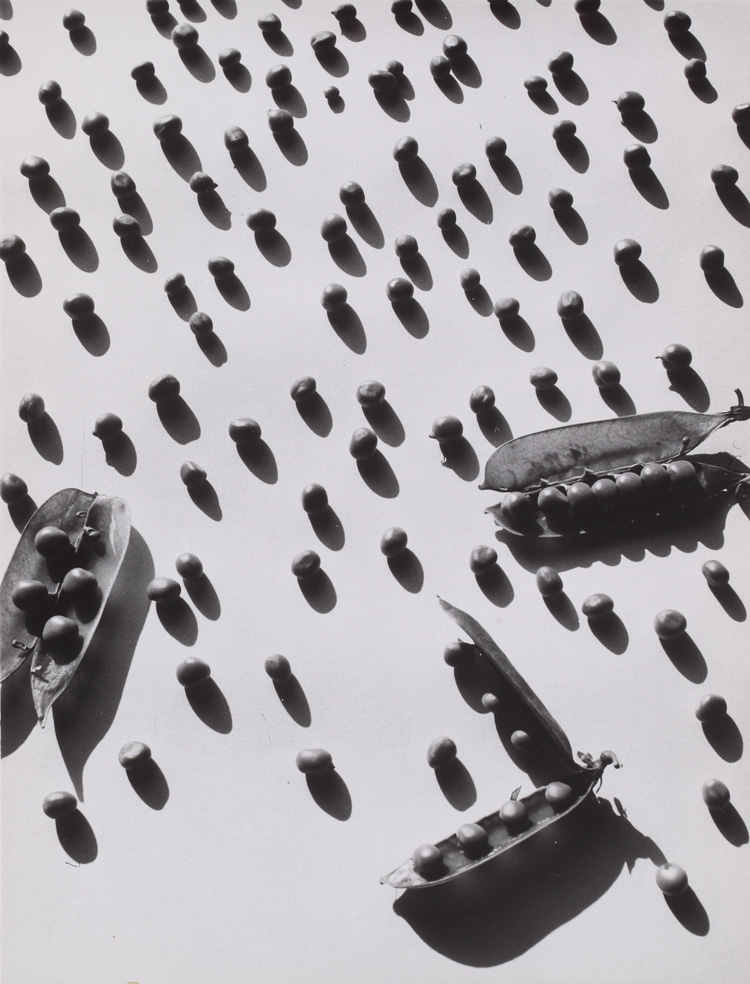 “I liked the idea that they had this shared history that was finally coming together. We are reinterpreting the word ‘picture’ for a modern audience. The Dulwich Picture Gallery is a gallery for pictures – and we mean this in the most democratic way possible. Now we have placed a new flag, signposting what is a ‘picture’ in the 21st century.”

This new flag is certainly open-minded. A tapestry of found images, photographs of photograms, collage and cut-outs by the Dutch duo Maurice Scheltens & Liesbeth Abbenes is a good example. While it may not be photography as we imagine it traditionally, every stage of its creation comes from traditional photographic processes.

Moore sees photography moving in a more process-driven direction – even if the outcome is an algorithm or an app. “That’s where photography survives. The days of black-and-white printing are numbered, but we can encourage and carve a path for new types of photography in the age of information.”

There is a playful and circular conversation between history and today throughout the exhibition. A hyper-realistic bouquet painted in the early 17th century by the Flemish painter Jan Brueghel the Elder is paired with a surreal high-definition video work of the same painting made with an entirely digital process by the contemporary artist Ori Gersht. Moore argues that the processes of studio photography – the construction, the lighting, the setting of the scene and composition, as seen in the European still life painting tradition – predate its science.

As recognised by the word “unearthed” in the title, the exhibition focuses on nature in human hands – picked and placed in the studio or the home. Across the rooms, visitors will soon discover that, while the Victorians saw photography as the first opportunity for visual “truth”, its subjectivity soon became apparent. Just as painters manipulated blooms in and out of season, the exhibition shows how political powers used photography to their advantage. 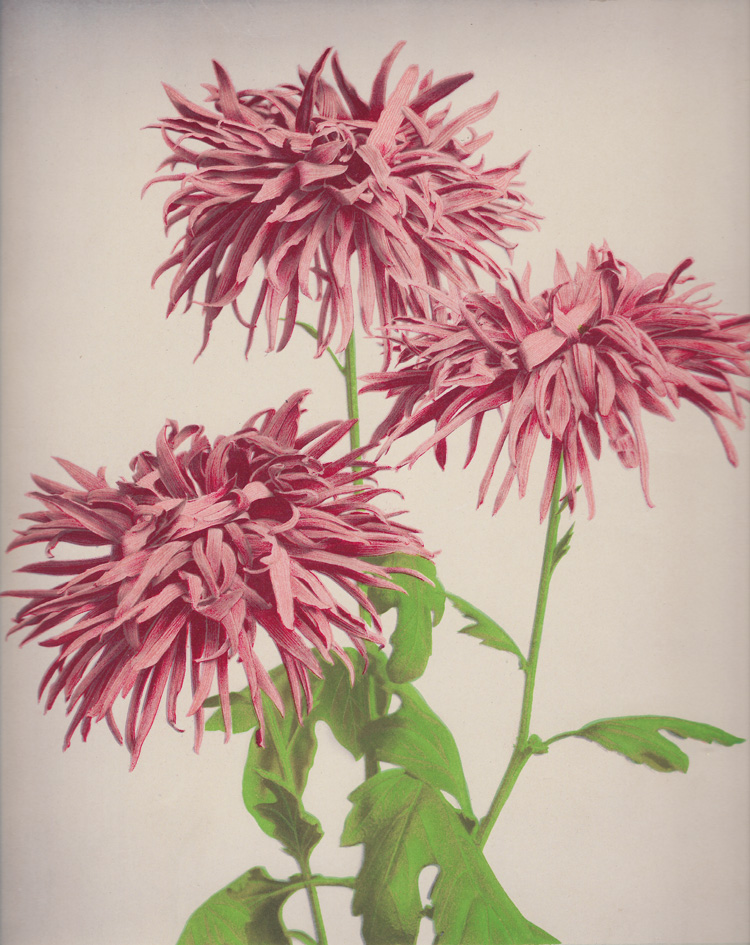 British “explorers” such as Charles Scowen and Walter Woodbury were commissioned to “document” the British colonies, bringing back exotic fruits and rosy visions of life. In Japan, Kazumasa Ogawa (1860-1929) hand-painted collotypes of flowers with colour (such as his Some Japanese Flowers series, c1894-6, featured in the exhibition), using printmaking techniques to project to the rest of the world ethereal visions of his home country after a long period of economic isolation. (They would have come as an unexpected surprise for viewers at this time, as colour photography would not be widely distributed for another 30 years.)

Moore is conscious that along with photographers, historians of the medium also present subjective views. With the exhibition, he aims to “move in the right direction” towards broadening the history of photography, much of which remains unwritten. One important display is a unique, newly discovered, large-format album of camera-less photographs of British ferns by Cecilia Glaisher, from the 19th century. “Many women photographers are missing from the history of photography, which we have a responsibility to rewrite and retrace,” says Moore. 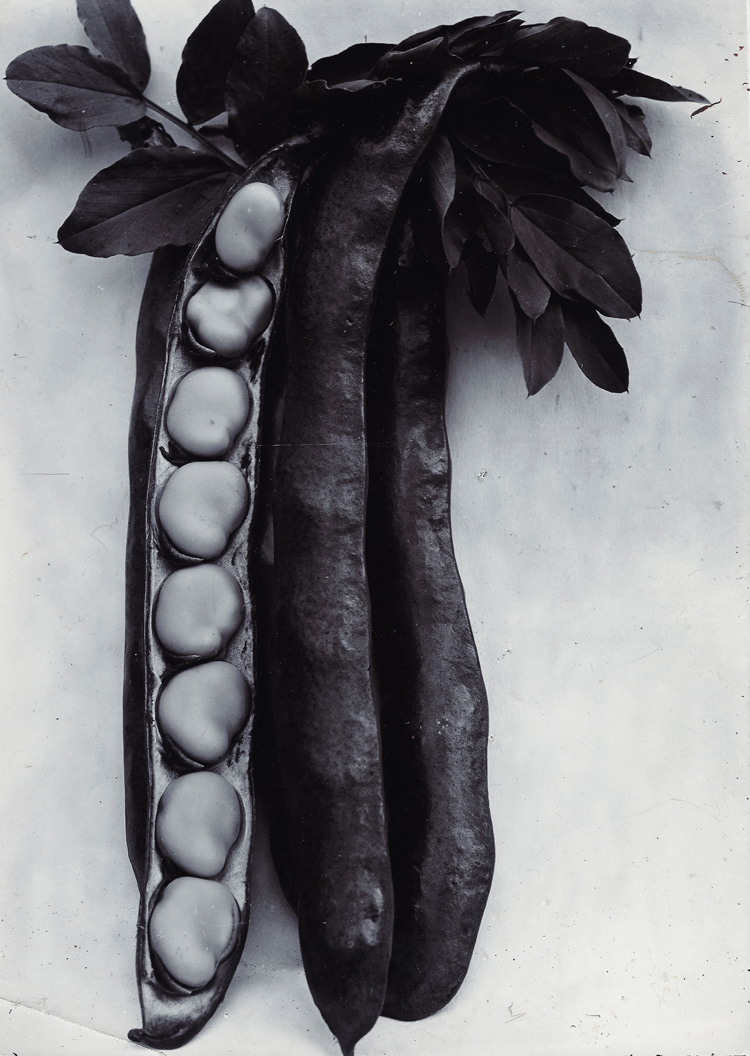 Glass-plate photographs of the prized specimens of the English gardener Charles Jones, which he made in the early 20th century, were only discovered in 1981, in a trunk in Bermondsey market in south-east London. Like the architectural closeups of plants by the German photographer and teacher Karl Blossfeldt, there is artistry in their purity of form, and they represent a transition in nature photography in the 20th century from documentation to art. 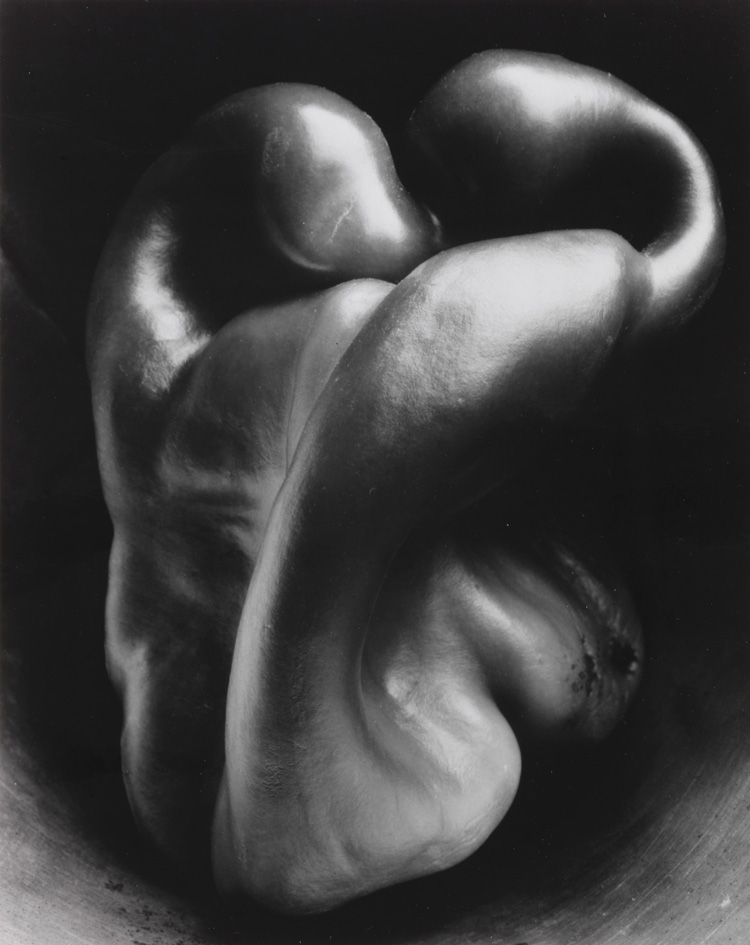 It was in the 1930s that Group f/64 in San Francisco first claimed that photography was an art form independent of painting. Members such as Edward Weston and Imogen Cunningham, featured in the exhibition, elevated peppers and calla lilies into sculptures and bodies. Just like the delicate epidermis of a plant, each photograph is formed of many layers. The magnolia blossom photographed by Cunningham has existed since prehistoric times, though many of the vegetable species photographed by Jones are no longer in existence. Robert Mapplethorpe’s perceivably conservative images of flowers, taken in his studio while he was dying as a result of Aids, symbolised sexuality. 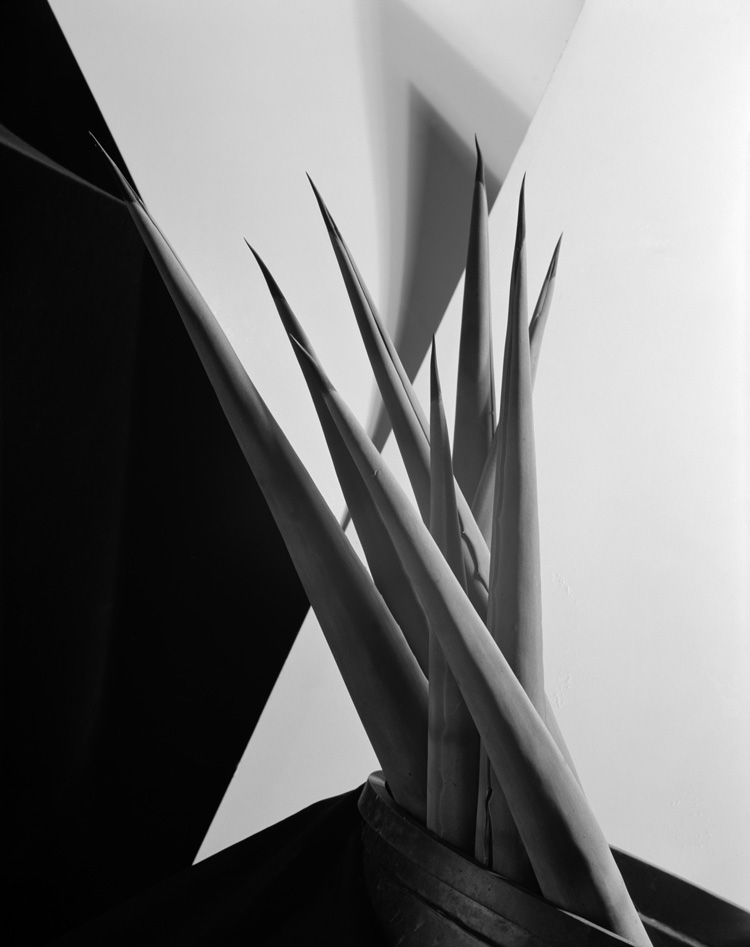 Domestic still life compositions by the Czech photographer Josef Sudek made in the 60s, interpret a mood contemporaneous to today. Addressing science and process, isolation and globalisation, mortality and renewal, through its subjects, this exhibition presents a thought-provoking approach to circularity of history. 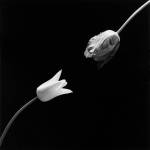 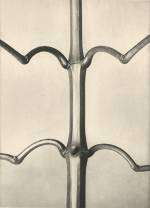 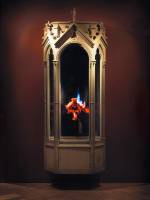