An exhibition of artists’ books, including works by Yves Klein, Andy Warhol and Thomas Hirschhorn, unfolds in three chapters 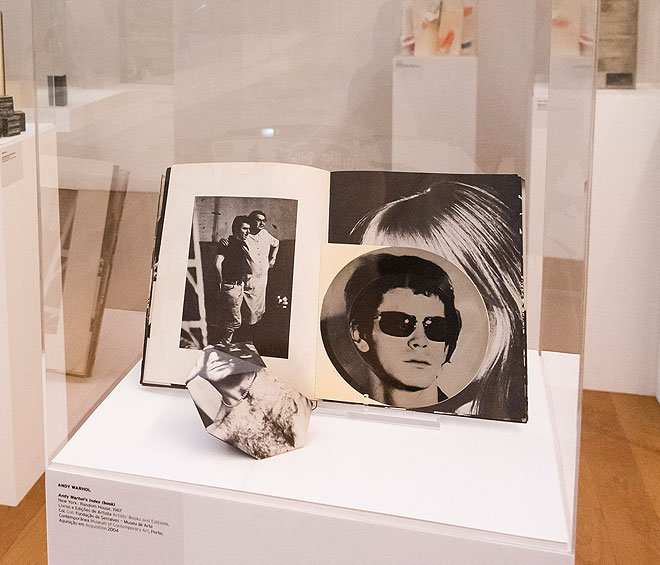 The definition of an artist’s book goes beyond the usual tomes we line up on shelves. Because these books are artists’ books, there is a certain degree of creative licence involved. For Bernard Villiers, an artist’s book is an A4 page, folded into four with the printed words “Now is it a book?” across it. For Mariana Castillo Deball, it is a layering of 30 fictional book jackets. For James Lee Byars, it is a gold cardboard box, while for Marie Orensanz, it is a small stack of Carrara marble slabs. What they all have in common is their essence of “book”. 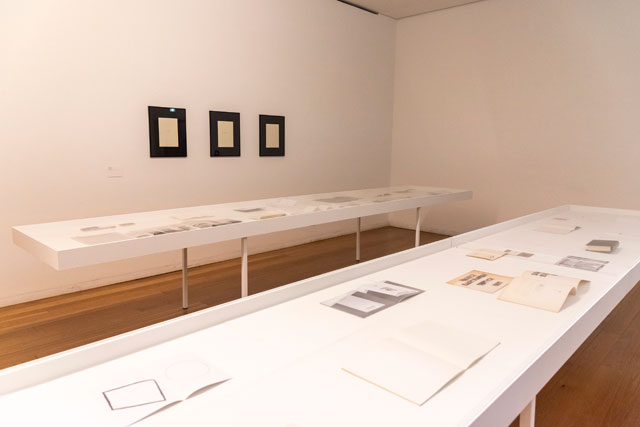 Schraenen’s world was artists’ books – as well as newspapers, magazines, postcards, catalogues, posters, video, sound art and photos – which he published under his own house, Guy Schraenen éditeur (Antwerp/Paris) from 1973 to 1978. Aden, a German art historian based in Paris who specialises in 20th-century art, has been working on archiving the publishing house’s activity since 2012. Schraenen is the reason the Serralves Museum has one of the leading collections of artists’ books in the world – he worked there as an adviser (as well as advising and building collections at Reina Sofia in Madrid, the Barcelona Museum of Contemporary Art, the International Centre of Graphic Arts in Ljubljana, and the Weserburg Museum in Bremen). His passion for the artist’s book, his fascination with collecting and developing personal relationships with artists, and his desire to document and define the medium of the artist’s book can be seen in the exhibition. 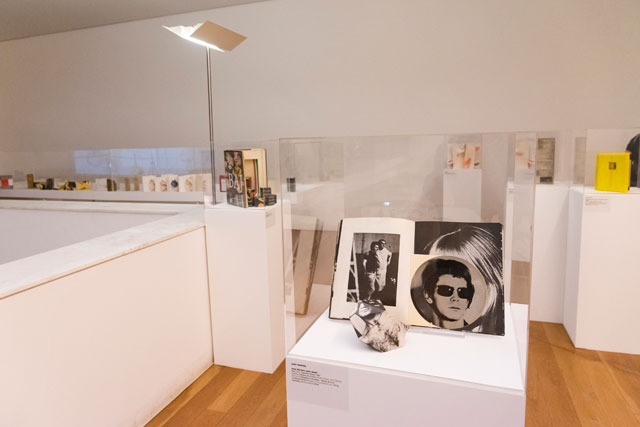 Chapter one, Book as book, sees paper and print, the most basic elements of a book, exploring experimental dimensions. A simple fold expresses a shape, a torn edge an emotion, and a small printed word in a barren white, flat land speaks the loudest. It is here that the cleverest of artists play, often using the smallest of actions to make the strongest of statements. The very first work, Dear Reader, Don’t Read (1973), by the Mexican conceptual artist Ulises Carrión, immediately strikes up a contradictory amusement between artist and audience. Carrión spent his career interrogating linguistics and writing, and was also involved in the distribution of artists’ books. The Fluxus member George Brecht, who experimented with printed music scores and mail art, is equally as dry with his Book, a work that describes literally what a book entails: “This is the cover of the book,” it says on the cover. The Czech master of concrete poetry, Jiří Valoch follows suit with See page 13!, which takes the reader on another entertaining journey with words – continually repeating on each page “See page 2!” and when you go to page two, it simply says: “See page 13!” 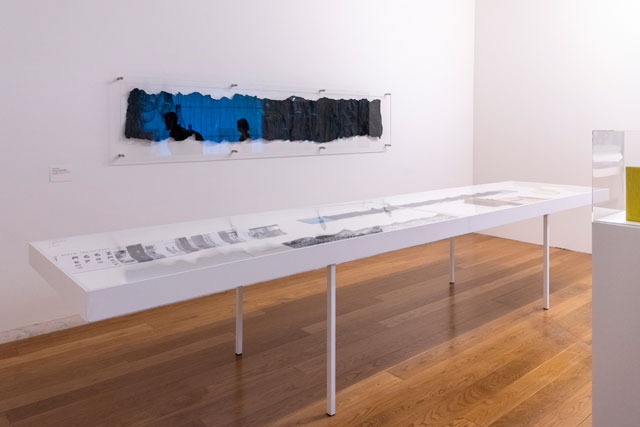 In the next chapter, Book as artwork, artists play with printing, aesthetics, documentation and the power of cheap production and easy dissemination – content uses its medium for its own purposes. The key work of this section is Stéphane Mallarmé’s Un Coup de Dés Jamais n’Abolira le Hasard (A Throw of the Dice will Never Abolish Chance), from 1897, an early example of concrete poetry, in which Mallarmé played with multiple typefaces in between plenty of blank space over 20 pages, completely disregarding the western format of going from the left page to the right. Words flit around, with minds of their own, immensely enjoying this first rebellion. Nearly a century later, Sol LeWitt was creating a portable mural out of paper, recording the journey of his exhibition at Bordeaux’s Musee D’Art Contemporain, in 1983, through an accordion of photographs and drawings.

The format of the newspaper was used by Yves Klein in Dimanche: Le Journal d’un Seul Jour: 27 Novembre, 1960, a four-page journal assembled to record the occasion of an avant garde festival, which was to be picked up at kiosks across Paris. Dieter Roth threw the same idea on its head – instead of making a new newspaper, he cut up enlarged reproductions of the Daily Mirror to make a thick, unreadable book. These can be seen flat in vitrines in the exhibition that show excerpts of the enlarged reproductions of the Daily Mirror pages, and in the final chapter of the exhibition, Books as object, in a fat, yellow corrugated cardboard version named Daily Mirror Deluxe Edition, edition 62 of 100 (1970). 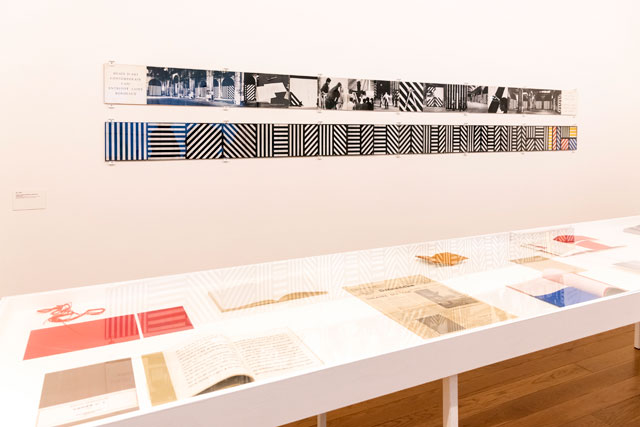 Thomas Hirschhorn, too, plays with the process of enlarging books in his work Emergency Library. Old News, No 2, a booklet that features a list of 37 of Hirschhorn’s most significant books. He created an enlarged version of each of the books and photographed himself with each monster-sized edition – including Ingeborg Bachmann’s The Book of Franza, Meret Oppenheim’s Poèmes et Carnets and Joseph Beuys’ Jeder Mensch ein Künstler – alongside short descriptions of why they are important to him. “Enlarging the books gives them something of the quality of objects,” Hirschhorn writes in the introduction. This leads us nicely into the third chapter, Book as object.

After starting quite cryptically with reductive works that leave you guessing, the exhibition climaxes in the third chapter with a selection of artists’ books that burst out of their bindings in creative expressions of colour, printing and form. Colourfully printed cubes tumble out of Enrico Baj’s Baj: The Biggest Art Book in the World, 1968. A concertina of typographic scenes pops out from Poemobiles, a collection of cards self-published by Augusto de Campos and Julio Plaza in 1974 in São Paulo. Meanwhile, Andy Warhol’s Index, published by Random House New York in 1967, was a pop-out portrait of the Factory, filled with photographs, a medieval castle and a geodesic dome. 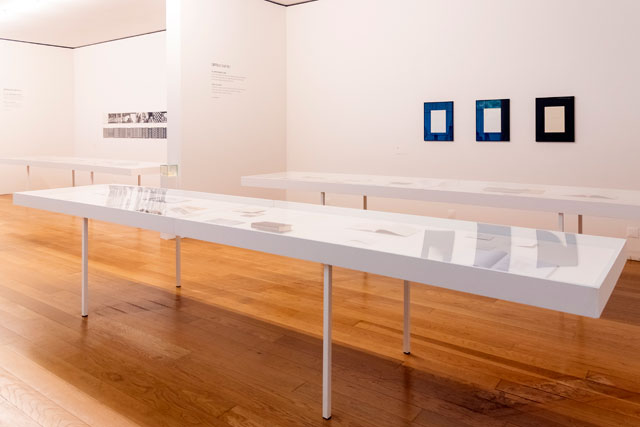 The artist’s book takes on many forms, yet it always shows us the things we continue to find intriguing about books (despite new types of media) – things such as collecting, recording, archiving, curating, touching, sharing and treasuring. Schraenen’s personal framework is the right choice through which to understand the genre, it echoes all these very human sentiments and actions and, instead of defining the medium though a chronological or linear deconstruction, it brings character to the already playful multidimensional medium.

Reference
1. The Archive for Small Press & Communication. Its Functions, Its Functioning and Its Contents by Guy Schraenen. In Document as Statement, published by ASPC, 1984.