A series of major exhibitions are planned in association with the British Tourist Authority to bring visitors back to London after the terrorist attacks last September. The opportunity to see work by Andy Warhol, Henri Matisse, Pablo Picasso, Jean Renoir and Thomas Gainsborough is expected to bring at least two million visitors to London. 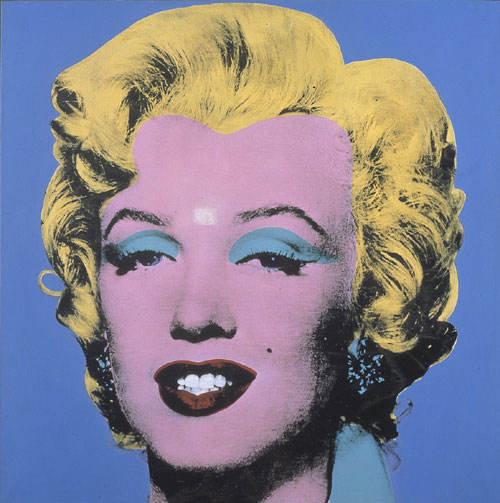 The largest ever Warhol exhibition opened on 7 February at Tate Modern: 150 paintings, sculptures and drawings. Channel 4 showed a series of three documentaries on the artist. The advertising campaign is itself an amazing show: a 400 square-foot Jacqueline Onassis looms over the North Circular Road; Chairman Mao is at Clapham Junction and a vast Campbell’s soup can adorns the Whitechapel Road.

Warhol’s fame has grown steadily since his death in 1987. Born Andrew Warhola in Pittsburgh in August 1928, he was the third son of Ondrej and Julia Warhola — impoverished immigrants from the remote Carpathian mountains on the present day Slovakian-Romanian border. His sensitive nature made school unbearable which led his mother to educate him at home. His main activity was cutting up magazines which he loved and he compiled scrapbooks with great flair. At the age of nine he enrolled in the Carnegie School of Art where his talent for drawing was recognised. At the age of 21 he moved to New York where he worked first as a commercial illustrator for an advertising agency. His early life was characterised by personal problems including his hair falling out in his early twenties. His mother — by then a widow — wishing to protect her delicate son moved to New York to live with him until her death in 1972.

In the early 1960s Warhol developed the idea of fusing commercial art with fine art. Warhol took banal objects such as soup cans, Coca Cola bottles, cars, and turned them into museum icons. In 1962 his ‘32 Campbell’s Soup Cans’ were exhibited in Los Angeles at the Ferus Gallery. There they created a sensation. In the late 1960s and 1970s Warhol turned to film-making (‘Trash’, ‘Flesh’). Warhol was not discerning enough with his friends; when in 1968 he admitted to finding a radical feminist manifesto amusing, the author shot Warhol three times in the stomach. Although he survived, he did not produce work of the same quality or significance after the ordeal. His image in the latter part of his life was that of a pale, effete and original man who, although painfully shy, kept the company of famous and glamorous individuals who he had sought to immortalise in the sixties. Since his death his importance as an artist has been reassessed, particularly the impact he has had on subsequent artists.

If the Tate Modern’s advance bookings are anything to go by then Warhol is one of the 20th century’s greatest artists. The show at the Tate takes up 19 galleries. Advance tickets are selling so fast that it is expected to be the gallery’s biggest draw yet, exceeding the record of 170,000 visitors to the Surrealism exhibition last year.

Warhol’s life was often reported in the most cynical terms.

He was seen as the progenitor of Jeff Koons and Michael Jackson, the king of kitsch, the vacuous, silver-wigged freak who once appeared on the 1970s TV series ‘The Love Boat’ (no he didn't find love) and who wondered in his diary why Liz Taylor had snubbed him the previous night. He said that he wanted his own TV programme. He was going to call it ‘Nothing Special’.1

Warhol’s mass-media performance led many critics to misinterpret and belittle his career. Now, 15 years later there is no question of his importance.

With each new exhibition exploring hitherto unemphasised aspects of his art (such as the overt religiosity of his last series of paintings, ‘The Last Supper’), with each new development in the culture of celebrity, and most of all the longer and more honestly we look at his paintings, the more the myth that Warhol teasingly created of himself as a heartless, vacuous vampire becomes harder to sustain. As the years pass, his art looks more and more evocative, honest and moving.2

At present Warhol’s importance is strengthening daily. He has been described as ‘the most important artist of the 20th century’ and also as its ‘definitive visual historian’.

Probably only now, with the current convulsions of American identity, has the American era defined visually by Warhol and recorded by him more precisely than by any novelist or film-maker come to an end.3

Warhol’s greatest secret, revealed only after his death, was that he was a devout Catholic. Very much part of his family background, this aspect of his life surprised both his supporters and his critics, as if it could not be reconciled with works as disparate as multiple images of consumerist objects and morbid variations on the theme of the electric chair (1967). Death preoccupied Warhol and he portrayed car accidents, with twisted bodies of the dead and dying. He made images of suicide victims (including the body of a young woman who jumped from the 86th floor of the Empire State Building, piercing the roof of a car parked below). He also made pictures of atom bomb explosions. Andrew Graham-Dixon states:

Such paintings may be construed as merely sensationalist, or unpleasantly voyeuristic, but I think they go deeper than that. Warhol at his best was a remarkably clearsighted realist, a true ‘painter of modern life’, as defined by Baudelaire; gifted enough not only to see, but also to find appropriate ways of depicting the distinctive characteristics of experience in his time.4

It was fitting that Warhol should present images of death enabled by modern technology by means of the commercial technique of silkscreen printing.

The advent of television and the proliferation of mass media had made photographs and representations of extreme violence a commonplace of modern experience. This meant that while people knew more that ever about the atrocities that went on in their world, they were also becoming increasingly desensitised to human suffering. Warhol saw this clearly and put it very simply: ‘When you see a gruesome picture over and over again, it doesn't really have any effect’.5

Of ‘Big Electric Chair’, Graham-Dixon says, ‘Warhol said later in life that, ‘During the 1960s, I think, people forgot what emotions were supposed to be. And I don’t think they’ve ever remembered’. He himself claimed to embrace the condition of emotional numbness, famously announcing that he wanted to be a machine…I find it hard to see ‘Big Electric Chair’ as a celebration of non-feeling. Warhol is often regarded as an artist without ethics or values, but when I look at this picture what I see, behind the irony and the dandyish pose of cool, is a grim moral warning. The picture of a room has been made to distil a particular modern horror: someone doing their best to suppress all emotion while killing someone else’. 6

Post-September 11, Warhol’s world vision takes on a new significance. The exhibition at the Tate Modern has already sporned a remarkable dialogue and first-rate commentary in the press. The Guardian Weekend’s (Jonathon Jones) article is one of the excellent reviews so far:

His art is a complete imaginative anthropology of the US in the decades after the Second World War, to the extent that walking through the show is both chilling and overpoweringly sentimental. Here are the everyday objects, the gods and the goddesses: soup cans and Coca-Cola bottles, Elvis and Marilyn, the atom bomb and the FBI’s Most Wanted Men, a fireman cradling a dying person and a suicide plummeting out of a window, Liza Minelli caught in the flashlight and the electric chair. It is larger than life, the world of Warhol’s paintings, and ecstatic.7 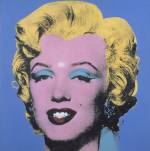 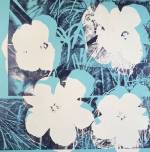 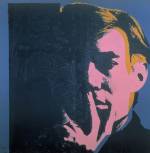