From Timbuktu to Shangri-La

From Timbuktu to Shangri-La

Now that the Alexander McQueen “Savage Beauty” exhibit at the Met has ended, it does not seem possible that another show could spark as much enthusiasm for a designer’s work or for fashion in general. It would have to be something of the same magnitude and caliber, you might reasonably say. In fact, there are two small exhibits that opened in mid-September keeping up the momentum while raising questions about fashion’s impact on culture, the arts and practical life.

The Daphne Guinness show at the Fashion Institute of Technology (FIT) features fashions from the wardrobe of a socialite, fashion promoter, jewellery designer and film producer who is also an heir to the Guinness brewing empire. Skeptics will be forgiven the urge to replace the word “fashion” with “self” when it comes to promotion, but the show is worthy of serious consideration for a number of reasons: Guinness has a knack for finding and nurturing talented young designers; the instincts to know what works for her; the confidence to mix high couture with vintage and off-the-street novelties; and a gift for articulating why, rather than being frivolous, fashion gives meaning and purpose to life.

Born the Honorable Daphne Diana Joan Suzannah Guinness in November 1967, at the age of 19 she married Spyros Niarchos, son of Stavros Niarchos, the Greek shipping billionaire. After ten years together, the couple divorced, giving the reserved and extremely private Guinness a chance to spread her wings. Seeing her svelte figure clad in a typically eye-opening ensemble, crowned with her trademark black-and-white hairdo, it is difficult to believe that she has three young adult children.

On any given day, news of her appearances and rundowns of what she wore can be read in print and on the Internet, along with the latest gossip on her relationship with French intellectual Bernard-Henri Lévy. Admirers describe her as remarkably humble and generous, pointing to her efforts to save the late editor and stylist Isabella Blow’s collection from being dispersed to satisfy creditors. Guinness put her money behind her principles and purchased all of it. Blow has been credited with “discovering” McQueen, introducing him to important connections in the fashion world and promoting his name early on by purchasing his Central St Martins graduation collection.

For the FIT show, Guinness’s clothing and accessories – including some McQueen designs – have been slotted into categories to frame her cohesive but eclectic vision: Dandyism (reflecting her attraction to menswear); Armour (she says, “I think it’s very beautiful to be able to cover yourself in metal”); Chic (simple and neutral); Evening Chic (classical “with a bit of chaos”); Exoticism (drama on a grand scale); and Sparkle (for a woman who calls herself a magpie).

Guinness’s choicest garments are displayed at FIT to great effect. Moving from one case to another, one can glimpse front and back views, and the dark subterranean space seems like a magical forest. Monitors are set to run films, videos and images made by or featuring her.

The catalogue, available from Yale University Press, has Guinness posing here and there amidst her famous friends and relations (her father, designer Valentino, etc, etc) with textural comments from her and them on their mutual admiration and her philosophy (eg the commercial success of sportswear was a death blow to high fashion).

A short subway or taxi ride from FIT in midtown Manhattan, up the West Side to Bard Graduate Center, is all it takes to reach another enchanted world: Stephen Jones Millinery. The show at Bard is an edited version of the 2009 Stephen Jones Hats: An Anthology show at the V&A, London, but there is plenty here to delight, including a recreation of Jones’s studio displaying some of his inspirations and working materials. Jones has so much style, humour, grace, intelligence and spunk that he has acquired a global clientele for his hats, including actors, politicians, royalty and musicians. His ability to get people excited about hats and millinery history matches his prodigious design talent.

In Anthology, he mixes his own creations with historical headgear to make people aware of a lineage stretching back centuries and of more recent triumphs that predate his era. Monitors at Bard play vintage tongue-in-cheek newsreels covering the latest in ladies’ hats, and show films of work being done in Jones’s Covent Garden atelier.

In September 2010, a retrospective of Jones’s hats opened at the Fashion Museum (MoMu) in Antwerp. The catalogue for the show – Stephen Jones & the Accent of Fashion (ACC Editions) – is magnificent. Essays written by Jones, Vogue editor Hamish Bowles, V&A curator Oriole Cullen, fashion historian Judith Clark, International Tribune editor Suzy Menkes, Italian fashion writer Anna Piaggi and others address such topics as Jones’s early years in business, his “Britishness”, his collaborations and his creative process. The catalogue for the V&A show is a charming abbreviation but gives insight into the formation of Anthology.

Jones seems born to his role as premier milliner to the rich and famous. His work has been touted around the world (and by the British Royal Mail with a commemorative stamp). Yet, he found his calling by virtue of a student placement at Lachasse couture, where mentor Shirley Hex introduced him to couture-level hat-making. Prior to that, he was somewhat disappointed with his general design courses at Central St Martins College of Art and Design, London. After leaving the college in 1979, Jones set out to single-handedly bring hats from the Timbuktu of the fashion world to Shangri-La where, he contends, they ought to be.

Jones has worked with John Galliano, Rei Kawakubo of Comme des Garçons (whose Dover Street Market hosted a retrospective of his work in 2005-06), Marc Jacobs, Lanvin, Dior, Givenchy and many other top names and brands since he opened his first shop in 1980. He has also designed hats for films (Coco Before Chanel, etc.) and music videos.

He got the idea for the Anthology exhibit from a 1971 Cecil Beaton show at the V&A, Fashion: An Anthology, and worked with Beaton catalogue author Madeleine Ginsburg. Beaton’s show put fashion exhibitions on the map and paved the way for Diana Vreeland’s work at the Met and, eventually, the McQueen extravaganza. Beaton is the subject of a new show at the Museum of the City of New York, Cecil Beaton: The New York Years (until 20 February 2012).

Mixing punk sensibilities with the heart of a traditionalist, Jones creates hats in the same way, he says, they were made ages ago. His playful twists and pursuit of new materials impart a modernist edge. Jones can make hats with soda cans and lollipop sticks that equal in elegance feathers, taffeta and lace. Most certainly, this magician can spin straw into gold.

Jones’s surrealism and Guinness’s flights of fancy are entries into fashion paradise. After perusing the beautiful garments and hats displayed at FIT and Bard, even those committed to their jeans and t-shirts might yearn for a trip to Shangri-La. After all, money might buy expensive clothing but it cannot buy style. 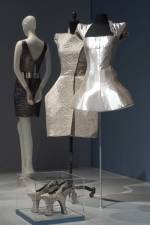 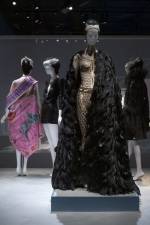 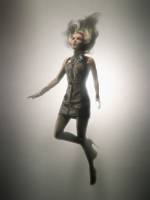 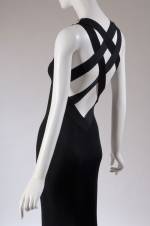 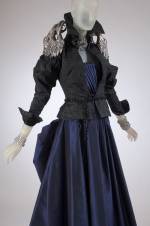 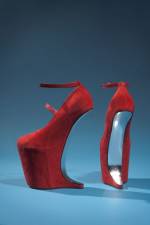 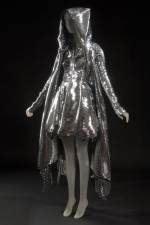 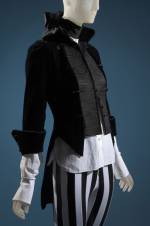 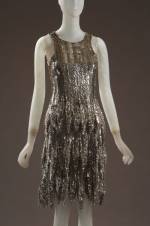 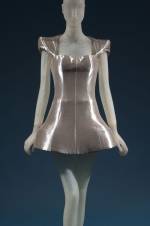 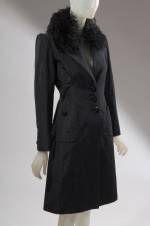 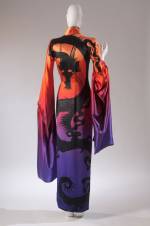 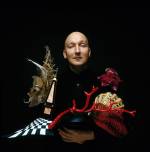 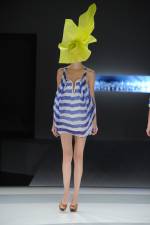